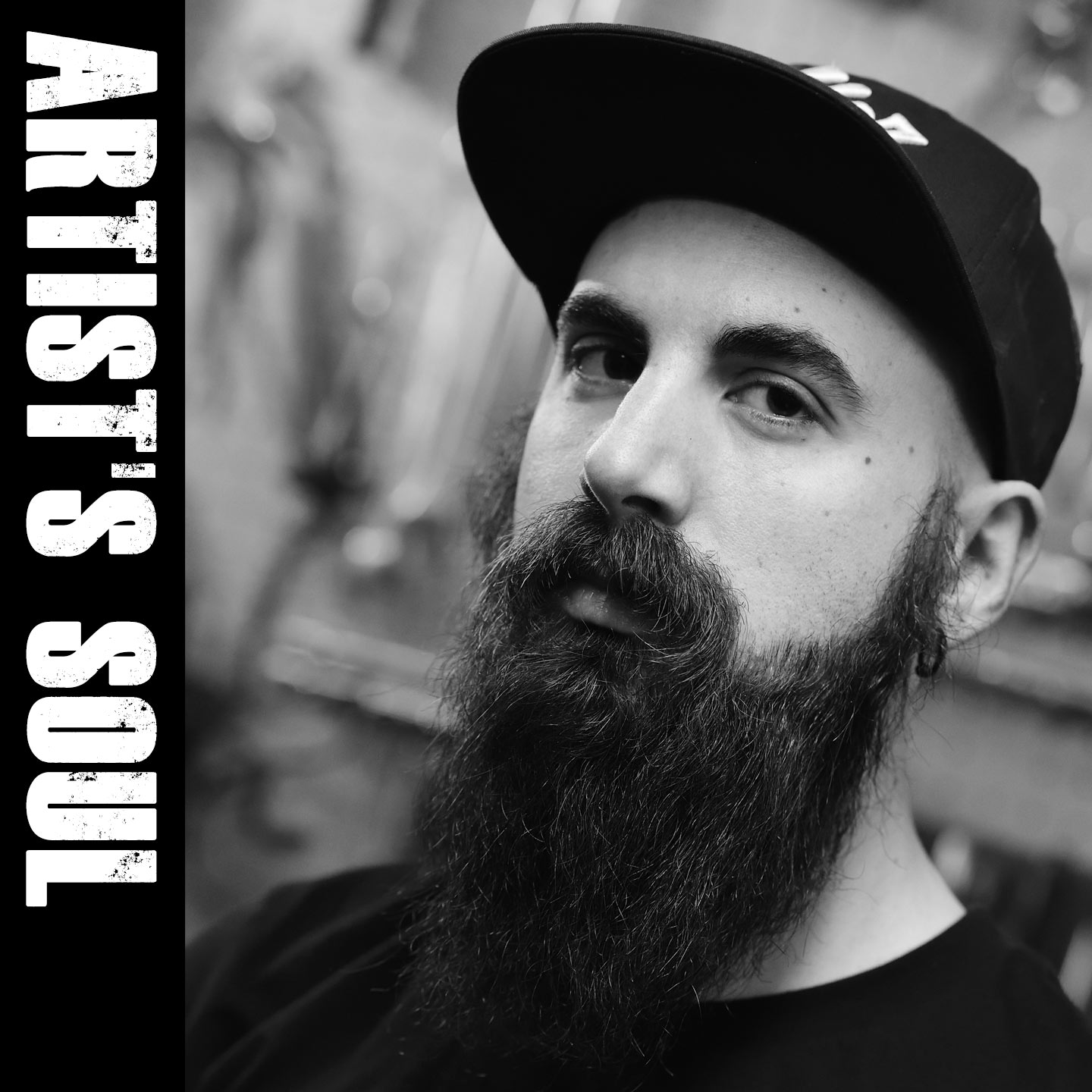 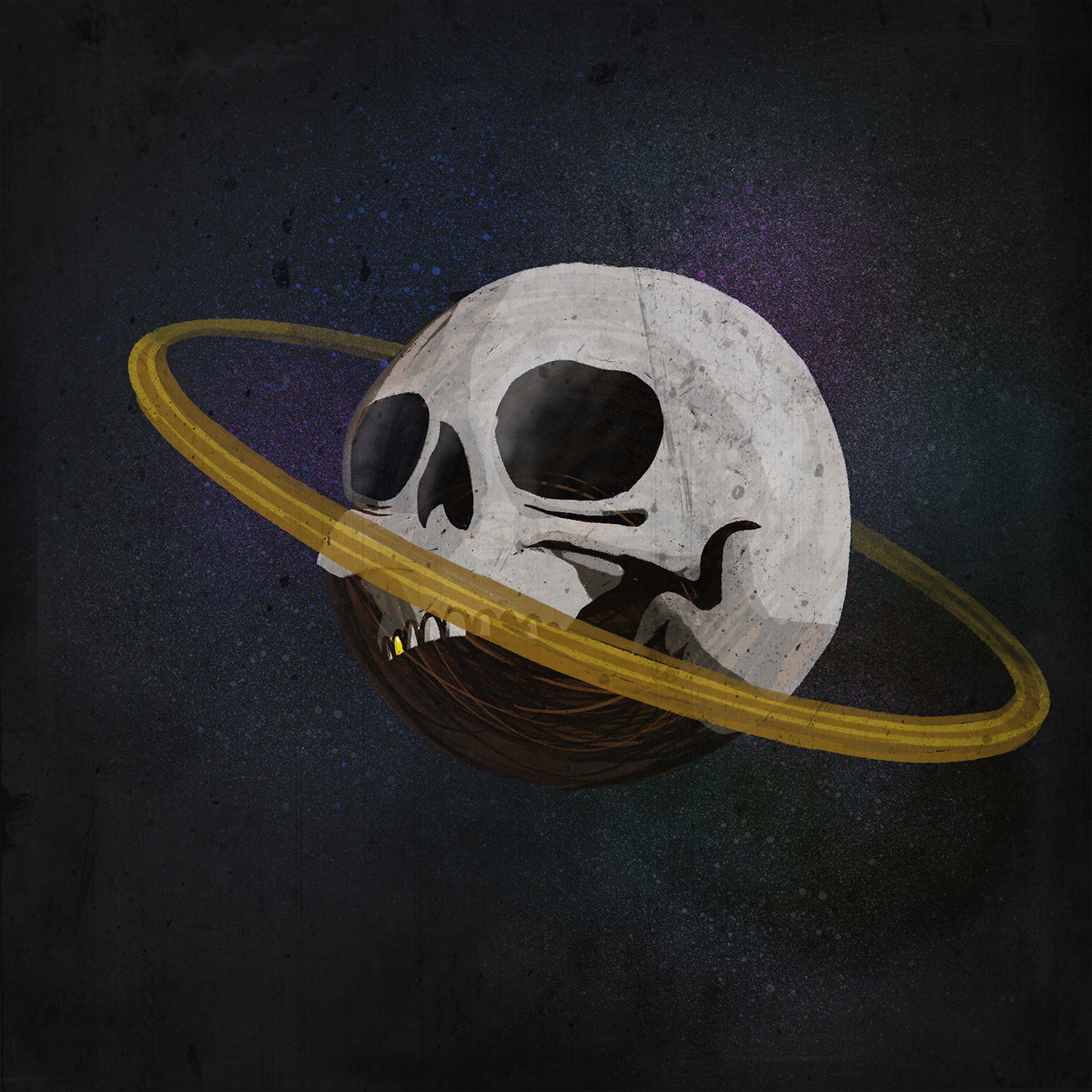 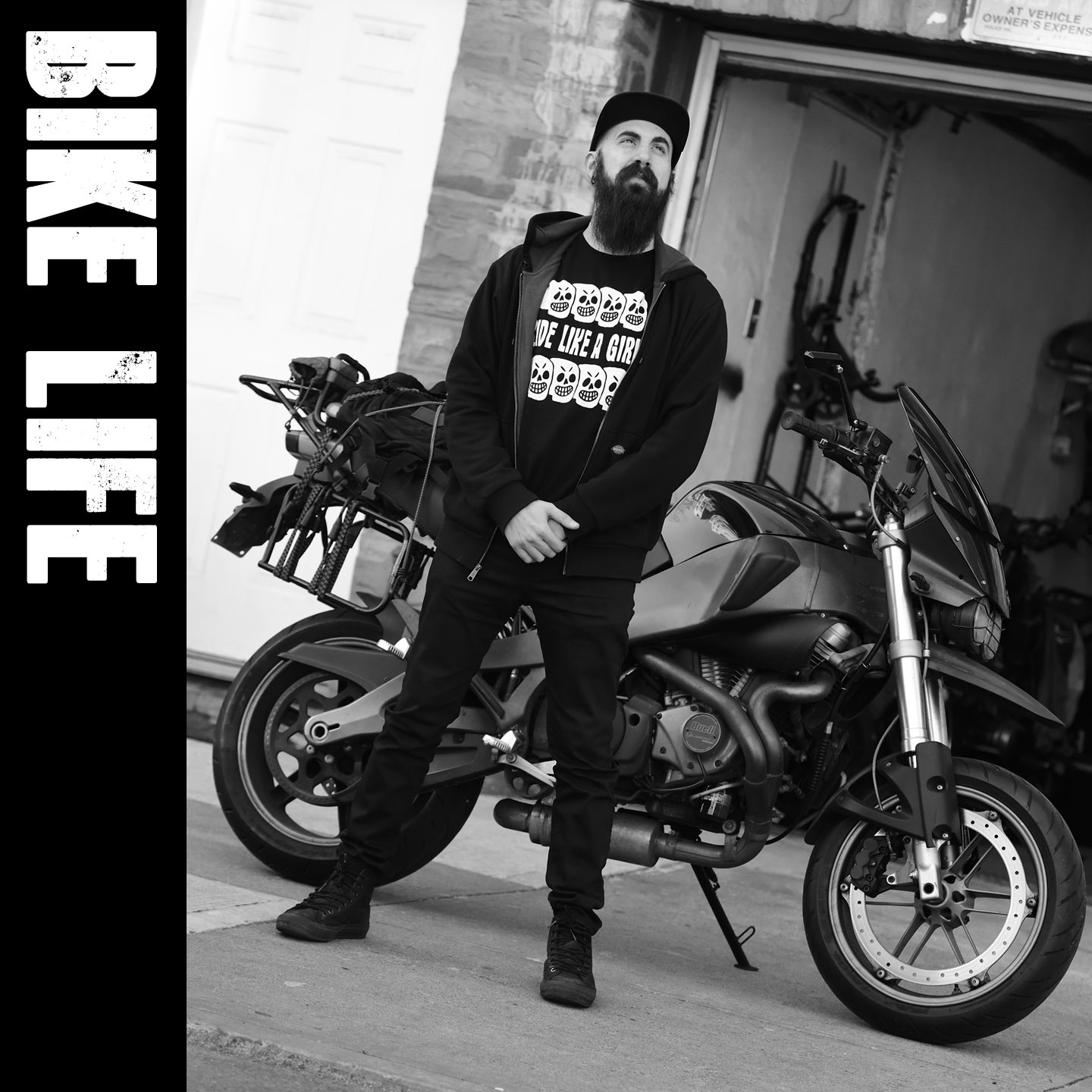 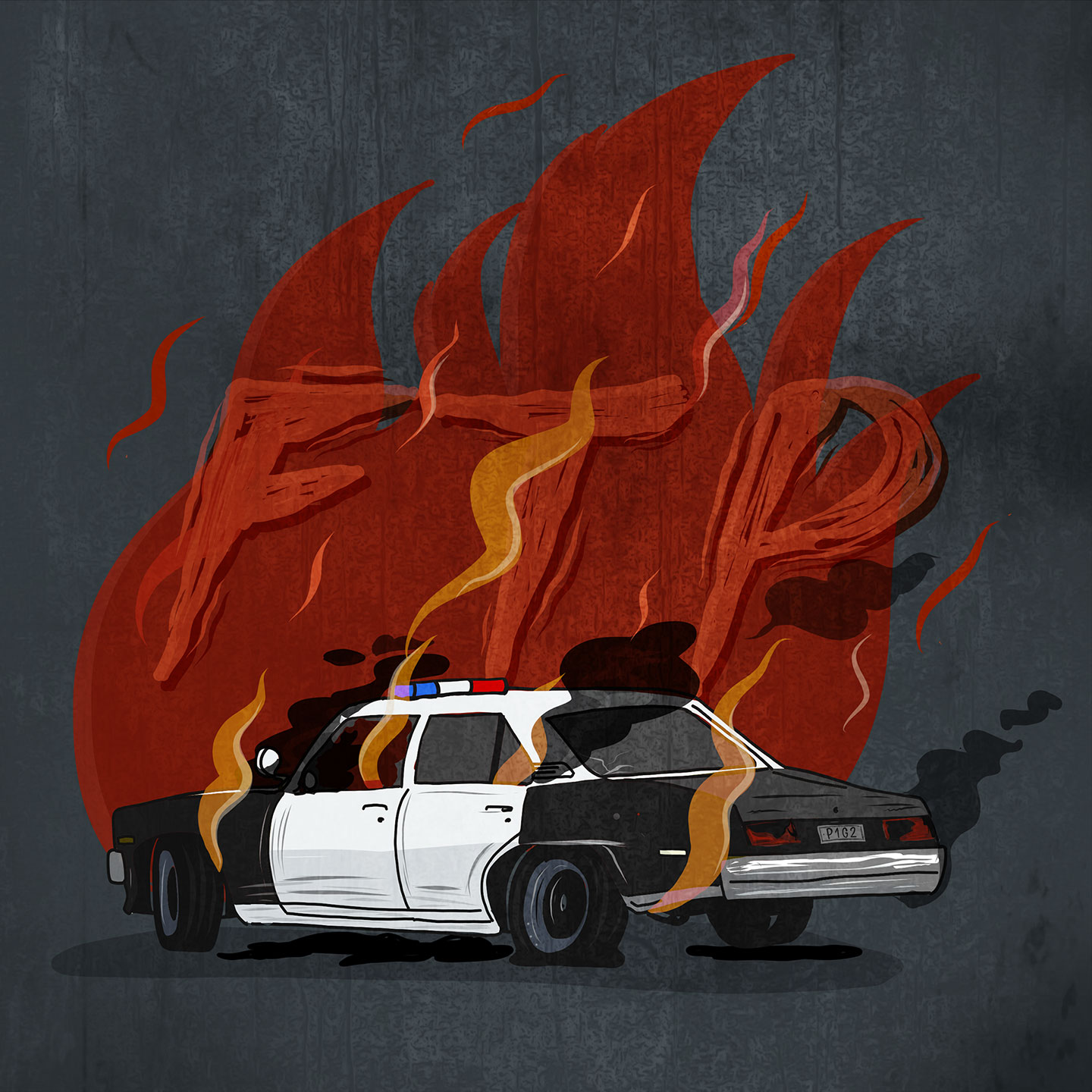 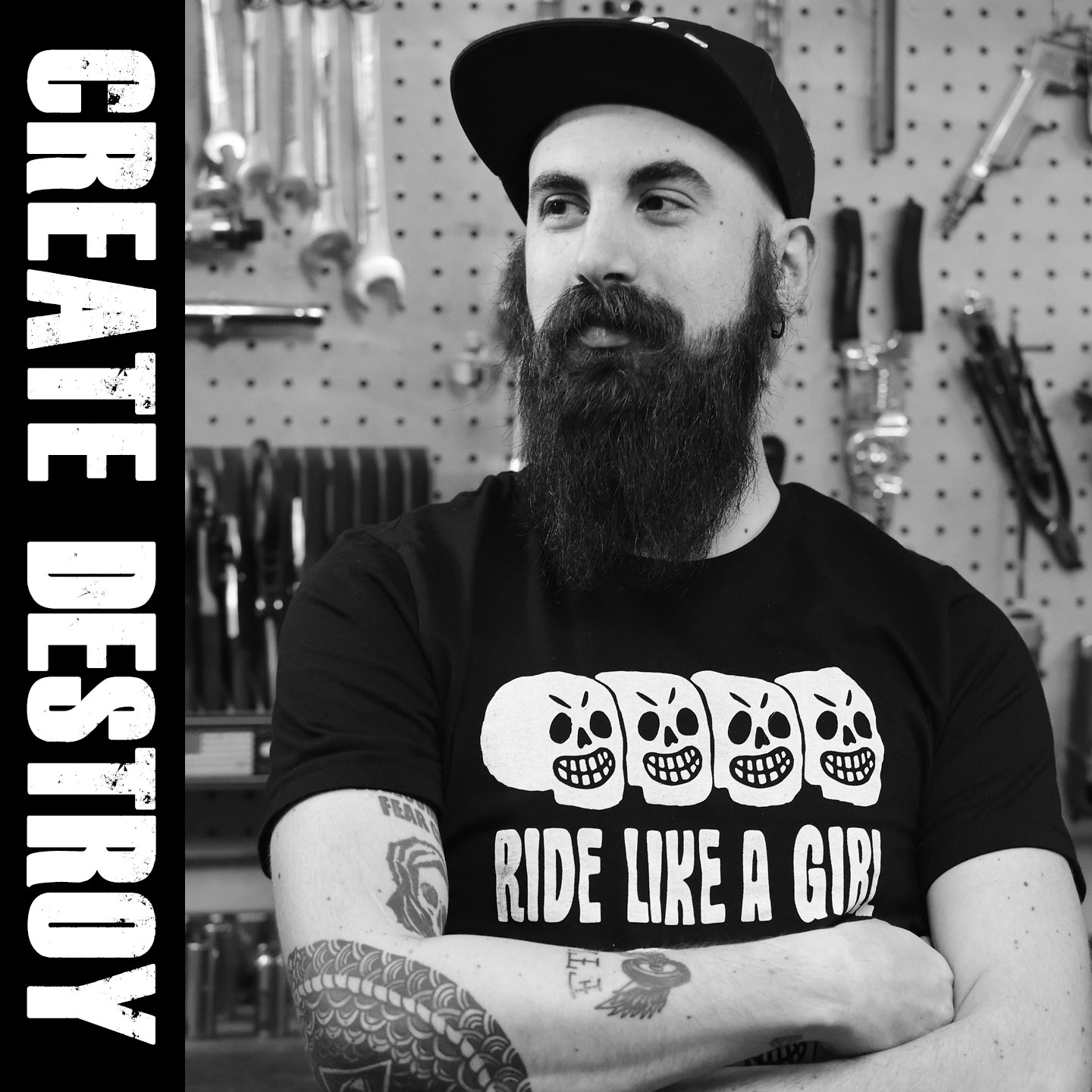 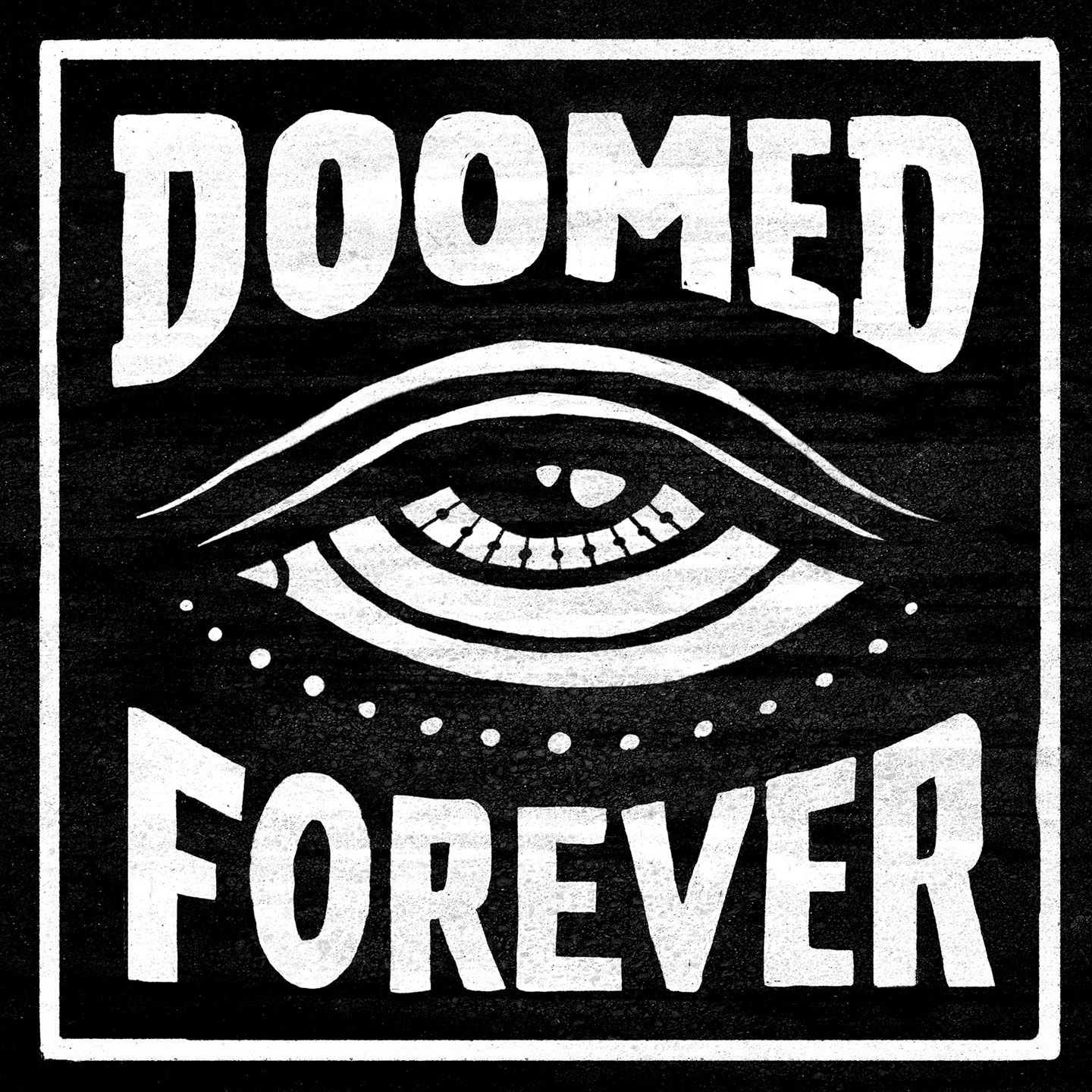 What is the purpose of art ... social commentary, personal introspection, a platitude to those things loved and admired in life?

For illustrator, typographer and moto enthusiast Lorenzo Minischetti it’s really a blend of all three.

When he’s not designing logos and font types commercially, the Brooklyn-based Italian transplant devotes his artistic talents to capturing elements of the local moto scene in art.

“I’ve always liked drawing and art, not so much as a medium for self-expression, but as more of a communication tool,” says the now 32-year-old, who studied industrial design at the Politecnico di Bari in Italy and graduated with a major in graphic design.

Whether it’s illustrations decrying the treatment motorcyclists receive at the hands of local police – with mass towings and dubious traffic stops, calling out inattentive drivers on their phones, or paying tribute to a close friend’s long-time ride … NYC is replete with rebellious inspiration.

Even growing up in a small beach town in Italy, Lorenzo was always attracted to the culture of two-wheel travel. 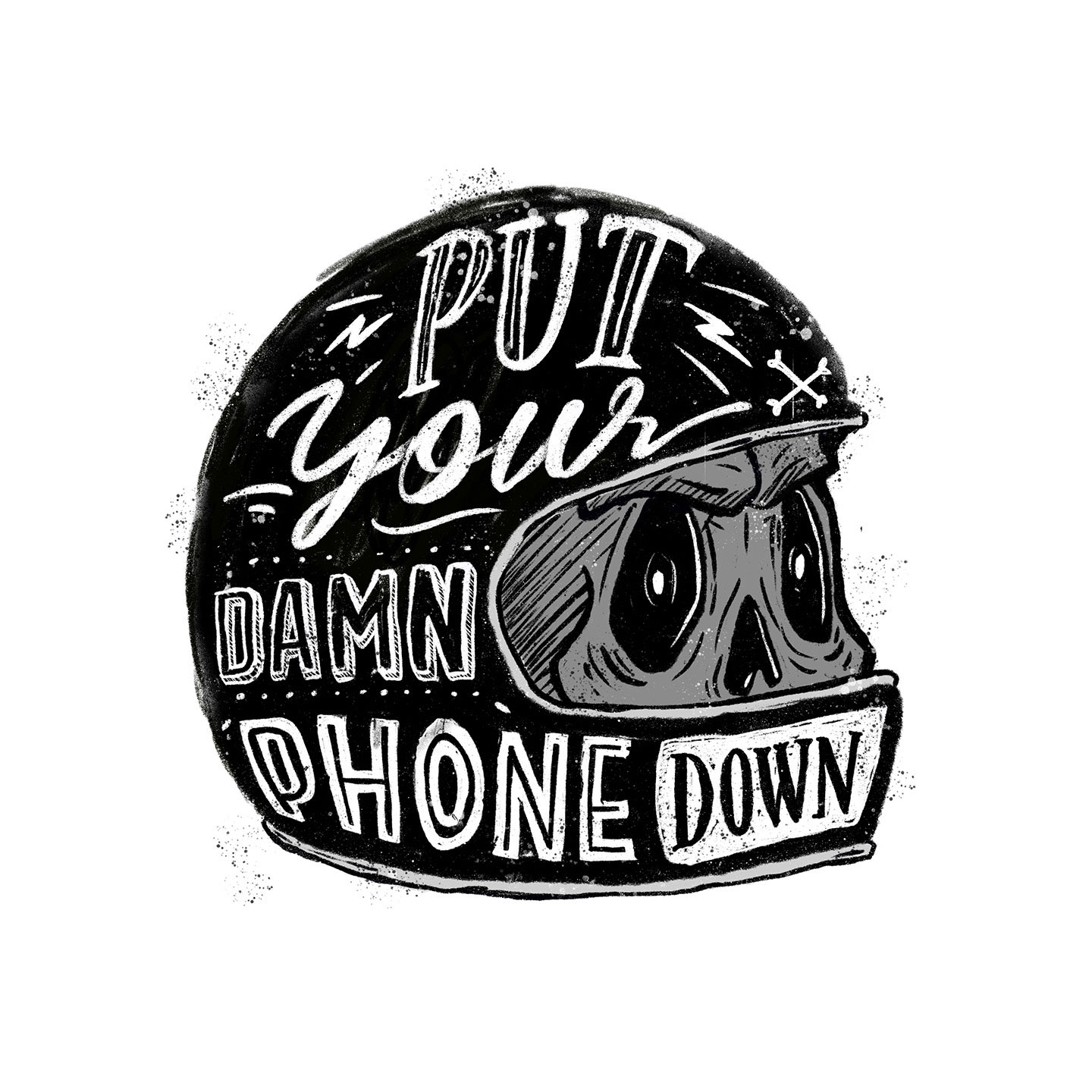 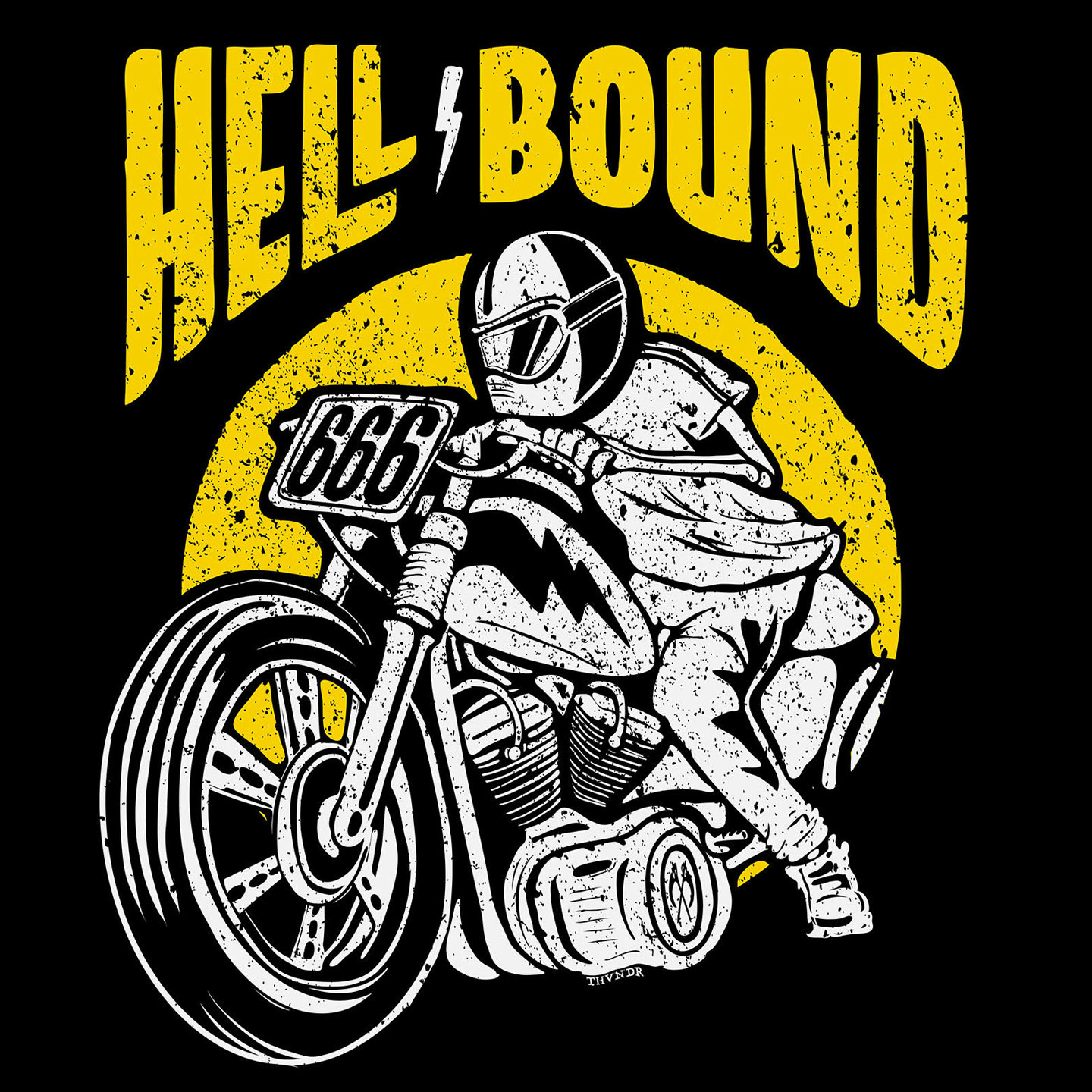 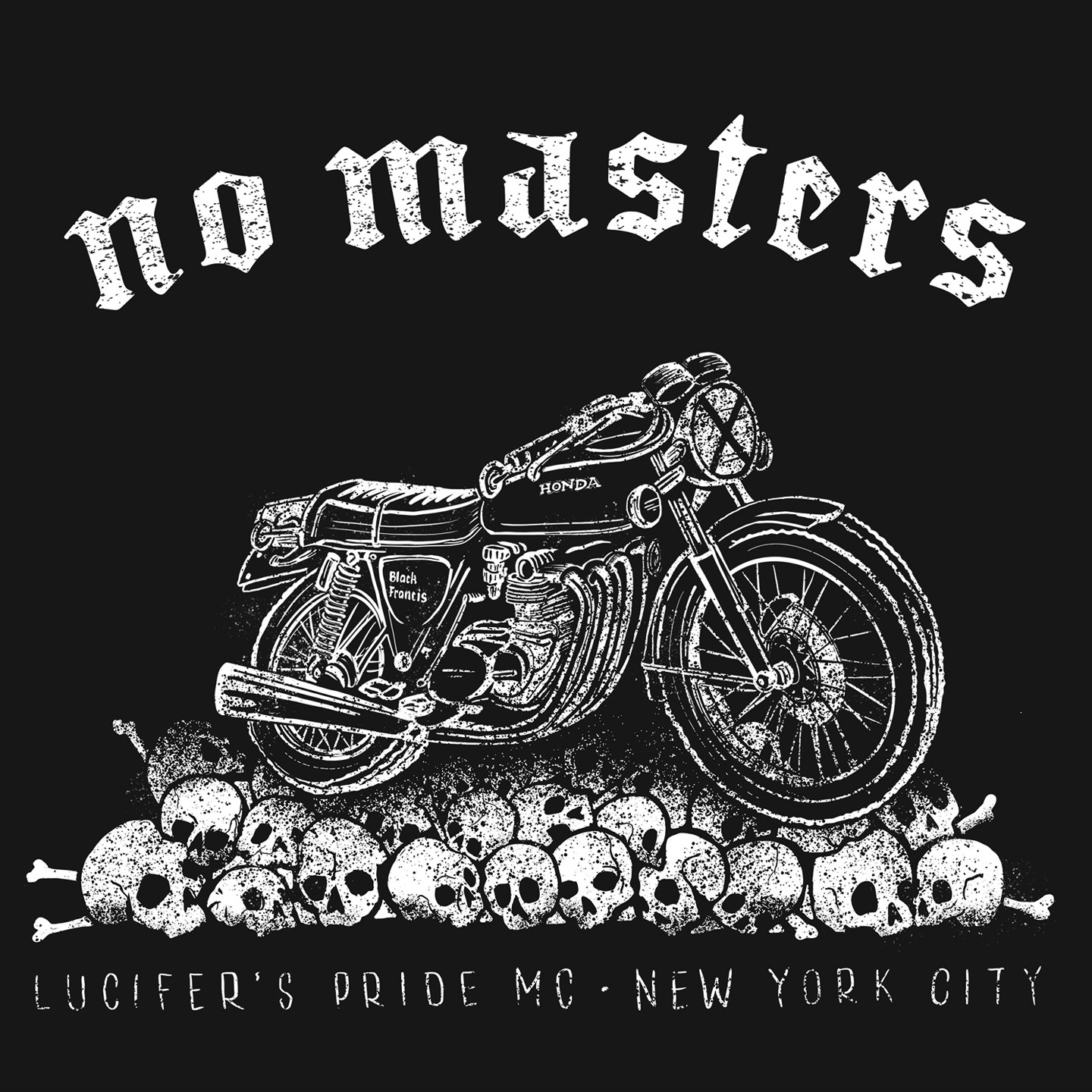 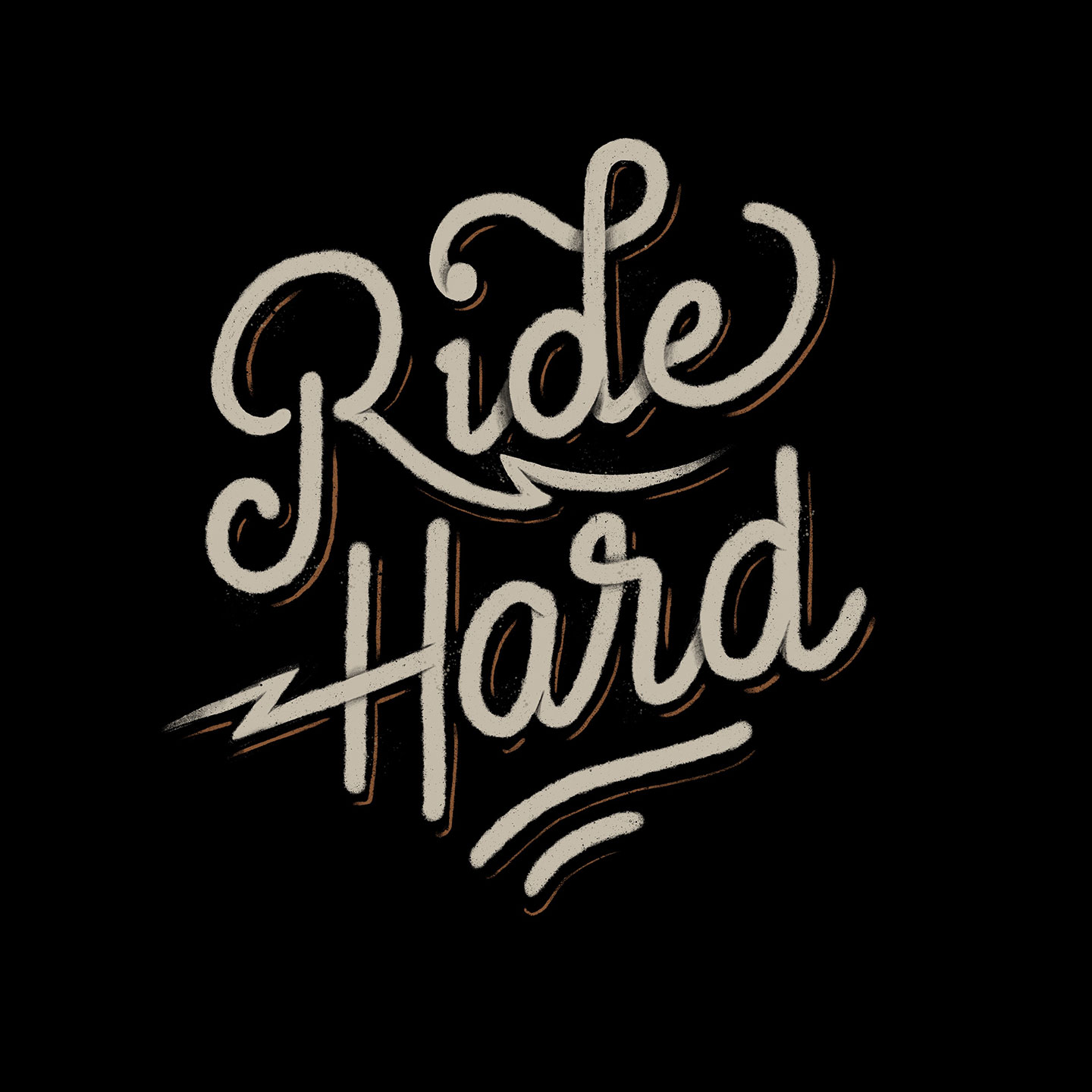 I am grateful for being in the same group of people that help you selling your motorcycle or retrieving your stolen one … and for being part of a socially mindful group.

"As a teenager, I was really into the tuning culture of mopeds, scooters, and small displacement motorcycles,” he says. “Some of us started customizing bikes, from performance upgrades to unique paint jobs. My very first bike was a cruiser-style 50cc Aprilia – later upgraded with a race engine. Most of my friends had scooters, but I was really fascinated by the clutch and shifter system.”

Fast forward to NYC – 2013 – and the soft-spoken Lorenzo has migrated to a similar environ courtesy of the vibrant local moto community and his dual citizenship status. His mother actually grew up in the Bronx, but he describes the huge move as impulsive yet full of opportunity.

“My smaller circle of moto friends is also my second family,” he says. “It means a lot, and without this strong bond I would be miserable. The larger circle is also a very lively group and most people have a genuine, proactive will to help each other. This is something that we can’t take for granted, especially in a city that is hostile towards motorcyclists, and I am not talking about the weather. I am grateful for being in the same group of people that help you selling your motorcycle or retrieving your stolen one … and for being part of a socially mindful group.”

That group includes both a small community garage of tinkerers – Dirty Billy’s in Williamsburg – and an even tighter group of riding comrades who devised and now promote the moto lifestyle brand Lucifer’s Pride.

“Lucifer’s Pride is officially a clothing brand founded by Crü (Jones) and Cammi (Climaco). As an MC, it’s unofficial, and atypical, because we don’t match at all with the stereotypical biker groups. ‘Classic’ clubs have too many outdated attributes, and there’s still a lot of unethical fanaticism in that world”

However, some common beliefs transcend what you ride or whether you wear ‘colors’.

“One thing we do share is the hostility towards inattentive drivers. I think my Put your damn phone down shirt is a contemporary and non-violent version of the get-back whip”, a bike ornamentation used ‘in case of emergency’ to swing at anything that causes a threat to a biker.

Other shirt designs have included plays on the rather ironic imagery associated with the Lucifer’s Pride brand – ‘Hellhound’ – and ‘No Masters’, a tip of the hat to his friend Cru’s now-sold 1975/78 Honda CB 550, dubbed Black Francis after The Pixies lead singer. The bike sits on a bed of skulls with an almost catacombs feel.

On the practical side, Dirty Billy’s Garage has allowed Lorenzo the luxury of getting creative with his rides, a 2016 Harley Fat Bob (big heavy Dyna with a massive motor), a 2006 Buell Ulysses, and a 1978 Honda CB400, which is currently being rebuilt. 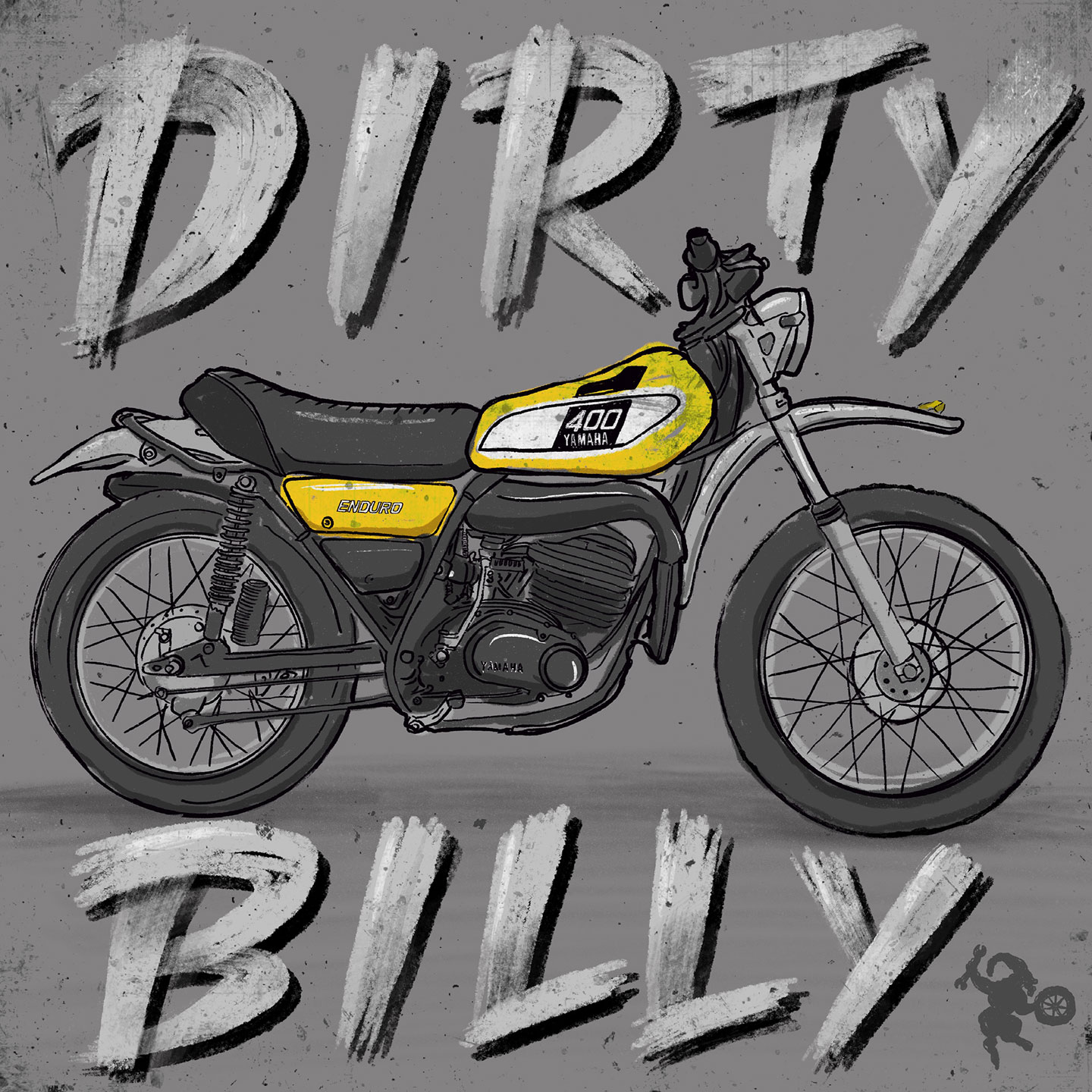 I think that a lot of people don’t understand how a ‘simple’ muffler swap, or a turn signal upgrade can be complicated, confusing, and quickly turn into a nightmare. Motorcycles are complicated machines and a lot of things can, and will, go wrong. I wasn’t ready for that.

"It’s been our temple since it opened in 2017. I had very little knowledge and skills before joining. Customizing and repairing a bike requires extensive skills, and I underestimated that when I started. I think that a lot of people don’t understand how a ‘simple’ muffler swap, or a turn signal upgrade can be complicated, confusing, and quickly turn into a nightmare. Motorcycles are complicated machines and a lot of things can, and will, go wrong. I wasn’t ready for that.

“It has been often frustrating, but this is what I got in return: unforgettable moments of pure euphoria with people I love, and skills too. Becoming a mechanic or a bike builder is definitely not my future job, but I have a better understanding of when I should fix something myself, and when I need to give it to the experts and pay the bill.”

Lorenzo says his Buell is a perfect highway bike with ‘a profound emotional value’. His CB400 will be on the streets soon, and once it’s roadworthy he will probably sell it.

“The temperament of vintage bikes sometimes frustrates me … I prefer modern. The most difficult repair has been on one vintage Honda that I put together for my girlfriend Anna. Everything was virtually perfect, but the bike was randomly bogging, stalling, and won’t start again for some time. I went crazy with carburetor adjustments, replacing the fuel line, and I realized only last month that it was a simple vacuum issue from the tank cap.”

Getting back to art, tinkering on imperfect bikes seems far away from Lorenzo’s fascination with the precision of lettering.

“I like the technicality of certain aspects of design and understanding a graphic system as a well-defined structure, with a purpose,” he says “There are few fields in which I like to dive really deep (aka nerding out) and I get exceptionally painstaking. Mostly typography, calligraphy, and anything involving letters.

Friends are quick to bring up Lorenzo’s almost humorous obsession with lettering perfection, with structures having to fit a mood and convey a distinct message.

“Letterforms have always been my favorite. I constantly observe and critique any form of lettering. From the American graffiti culture to food packaging design, I get influenced by a wide variety of visual language. I doodle a lot with different pens or markers, and if I think something carries a strong message, or is particularly beautiful to me, I bring it to life. Most of the time it starts from the paper and I trace it on computer or iPad. The most recent drawing programs are filling the gap between analog and digital. The controversy on the importance of traditional techniques is slowly dying and I think this is progress.” 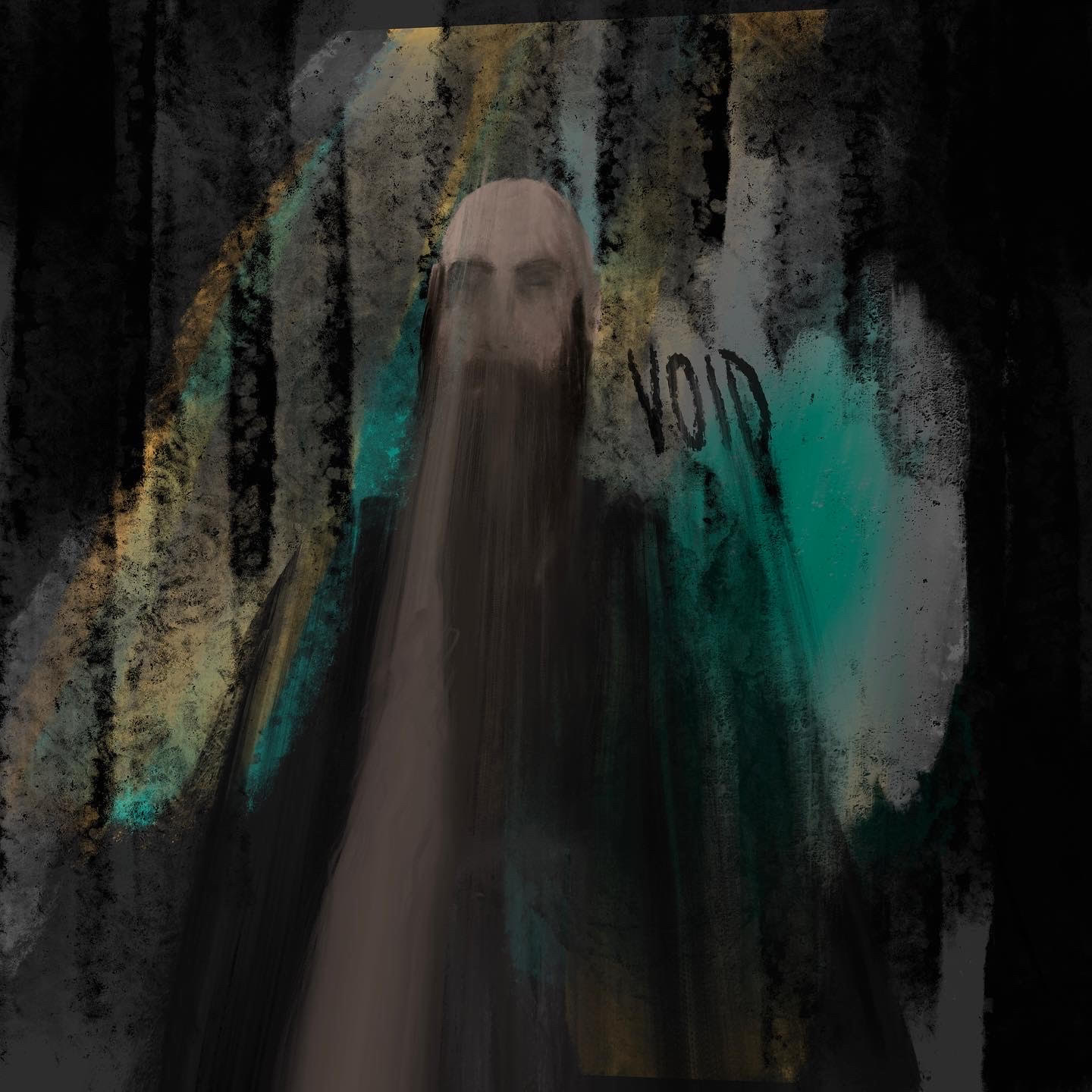 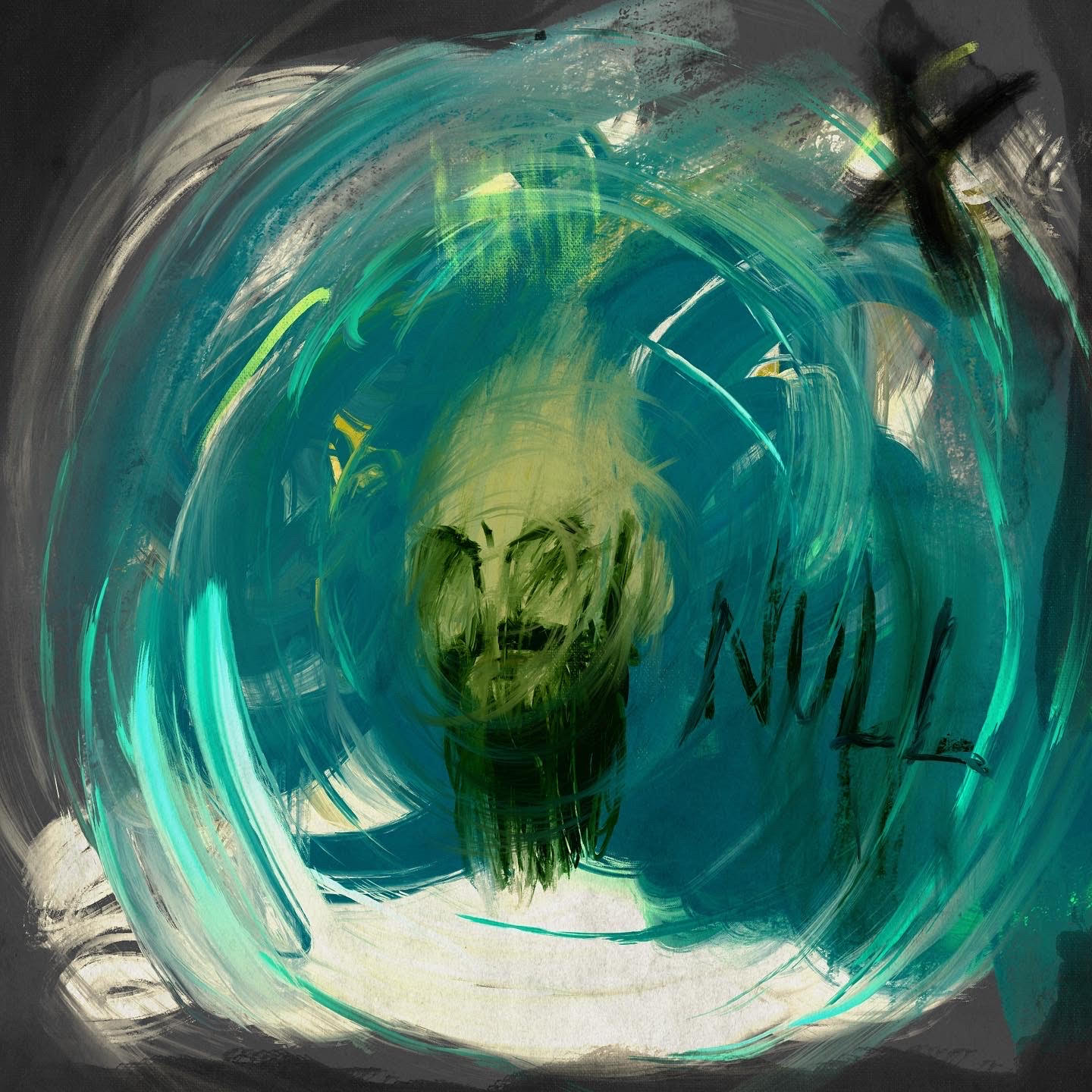 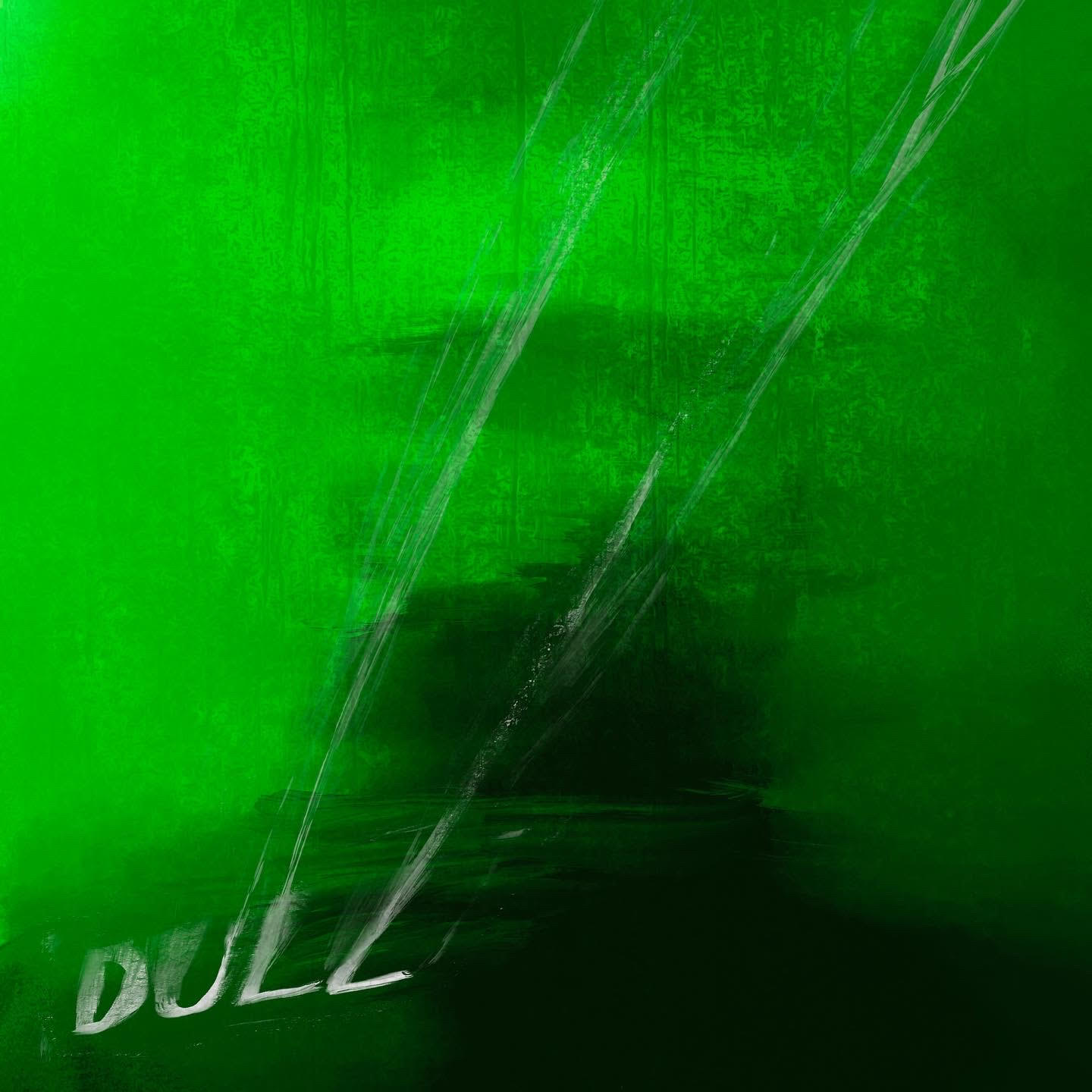 I am in touch with the dark part of myself and I try to be careful to not make it seem like a cry for help. These artworks belong more to my ‘artist’ side rather than the ‘designer’, and I don't really care if they're not popular.

Lorenzo recently posted an interesting tryptic combination of art and lettering on his Instagram @lorenzo_opentype, digital paintings made with the iPad app Procreate.

“I sometimes post art about introspection and there are some emotions that are hard to express. Void, Null, and Dull are part of my deepest negative thoughts and letting it out is a way to cope with it,” he says. “Also, I like to play with the technique and styling, like a very gritty and jagged brush (digital brush) is a good way of representing these concepts. It's similar to punk art, but again my goal is not to draw attention on those. Unlike my design or animation pieces, I don't see a purpose for that art other than personal enjoyment, just like a diary note.

“I am in touch with the dark part of myself and I try to be careful to not make it seem like a cry for help. These artworks belong more to my ‘artist’ side rather than the ‘designer’, and I don't really care if they're not popular.”

Looking to the future, Lorenzo has a long-term plan for quitting his 9-to-5 graphic artist job and jumping into the dark hole of freelancing.

“I don’t feel ready to independently work on big projects, but I am confident that refining my skills and adjusting my finances will make the transition smoother, whenever that happens. My girlfriend is a talented designer as well, so we might have something in the works.” 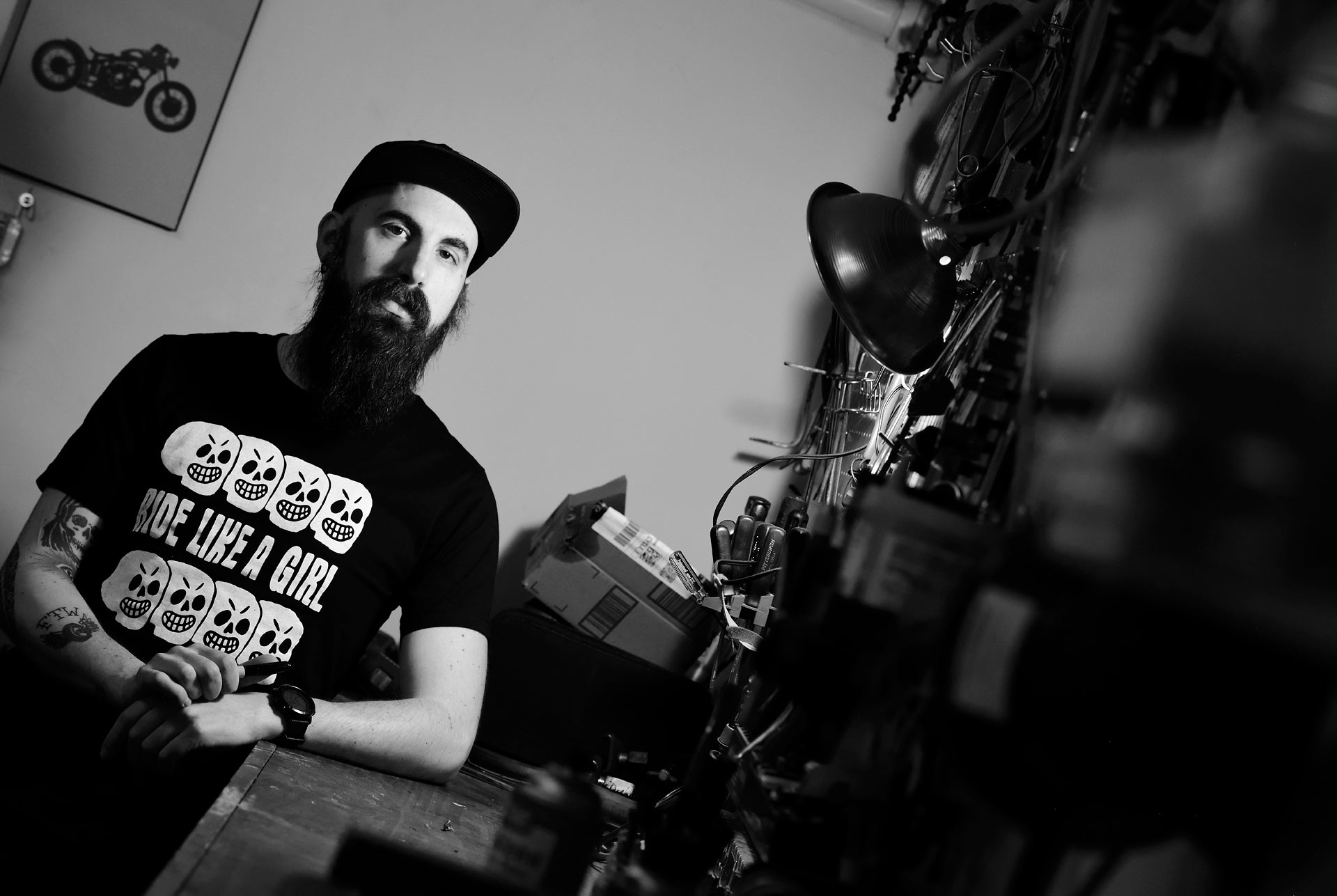 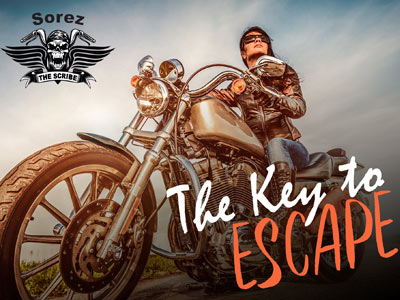