Close to 800 motorcyclists participated in the ride which traversed the Brooklyn Bridge, parts of the BQE, the Ed Koch/59th Street Bridge, the FDR and West Side Highway, Columbus Circle past Central Park, and back to Seaport via the FDR.

The US was again the top fundraising country with $1.85 million of the total $5.8 million raised, followed by England, Australia and Canada.

Thanks to all who participated, riders, local sponsors, the NYPD Highway Patrol, our volunteers and organizers, and the city as a whole for making NYC No. 1. 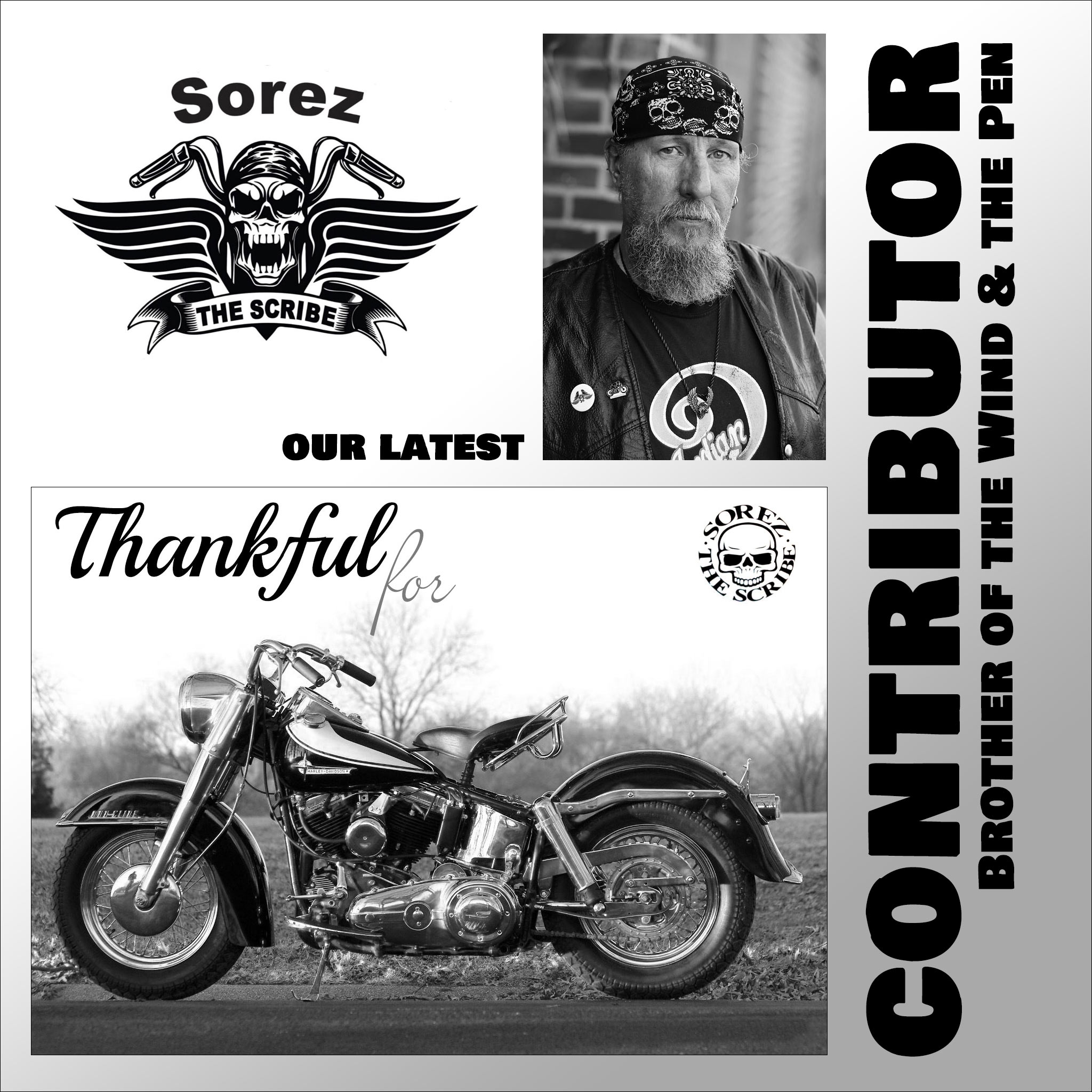 Brother of the Wind & the Pen joins NYC Moto

The local poet and Road Scribes of America co-founder has graciously agreed to pen some inspiration for the NYC Motorcyclist community each month. You can read more about Sorez in a feature NYC Motorcyclist published last spring. Here is November's exclusive piece, titled Thankful for ... for us, a note to maintaining and honoring those links with your past ... remembrances ... and creating future memories.

In true 59 Club tradition, Thruxton999 -- a highly modded, black and red 2010 Triumph Thruxton EFI -- gets a Rockers' reception courtesy of photographer and friend Mark Squitieri. Seemed appropriate as it's the English cafe racer club's 60-year anniversary, and we're trying to revive @modsandrockersnewyorkcity in 2020, here in NYC.

Mark is available to do bike shoots (studio and outdoors) and can be found online at: marksquitieriphotography.com. 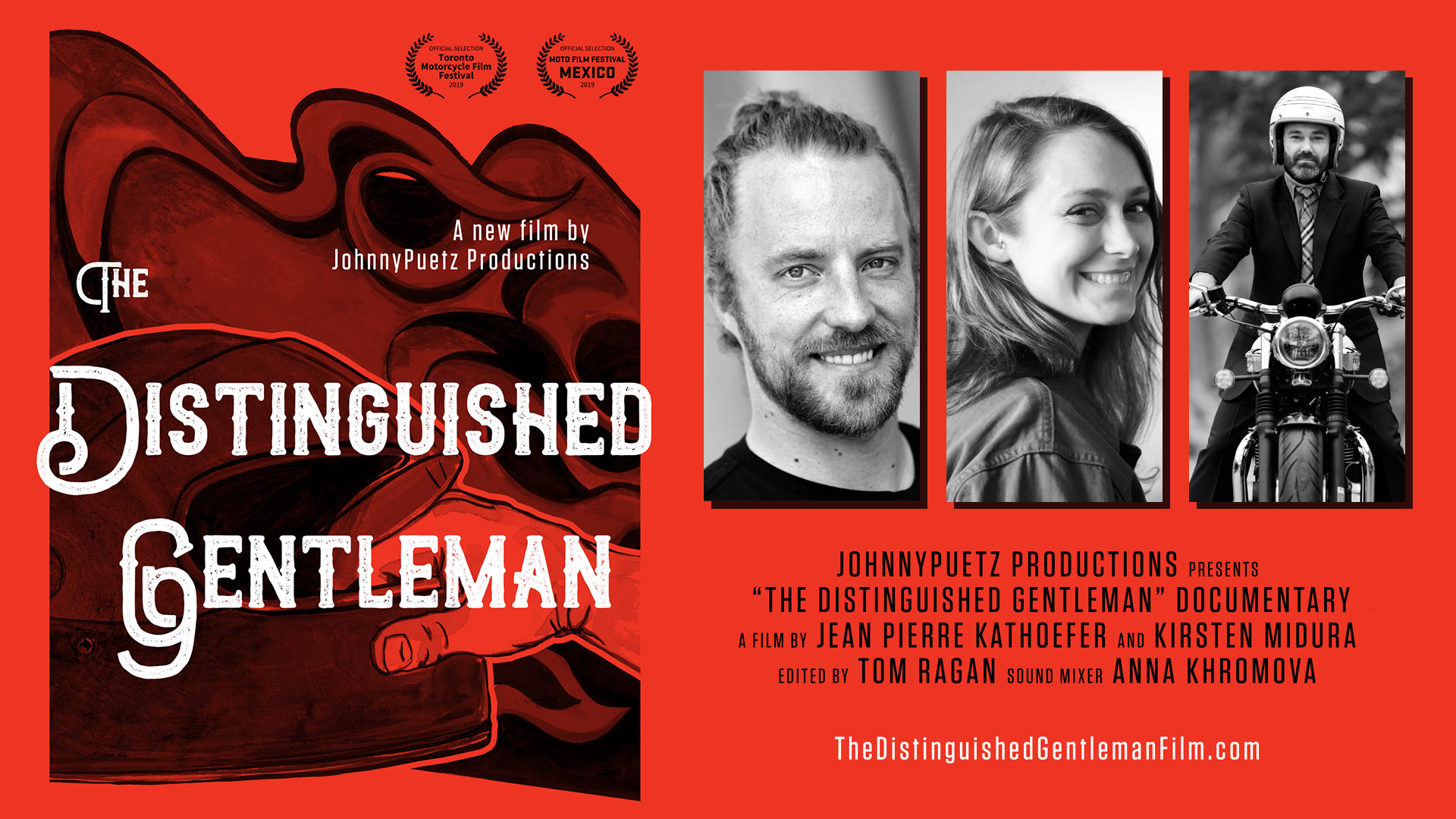 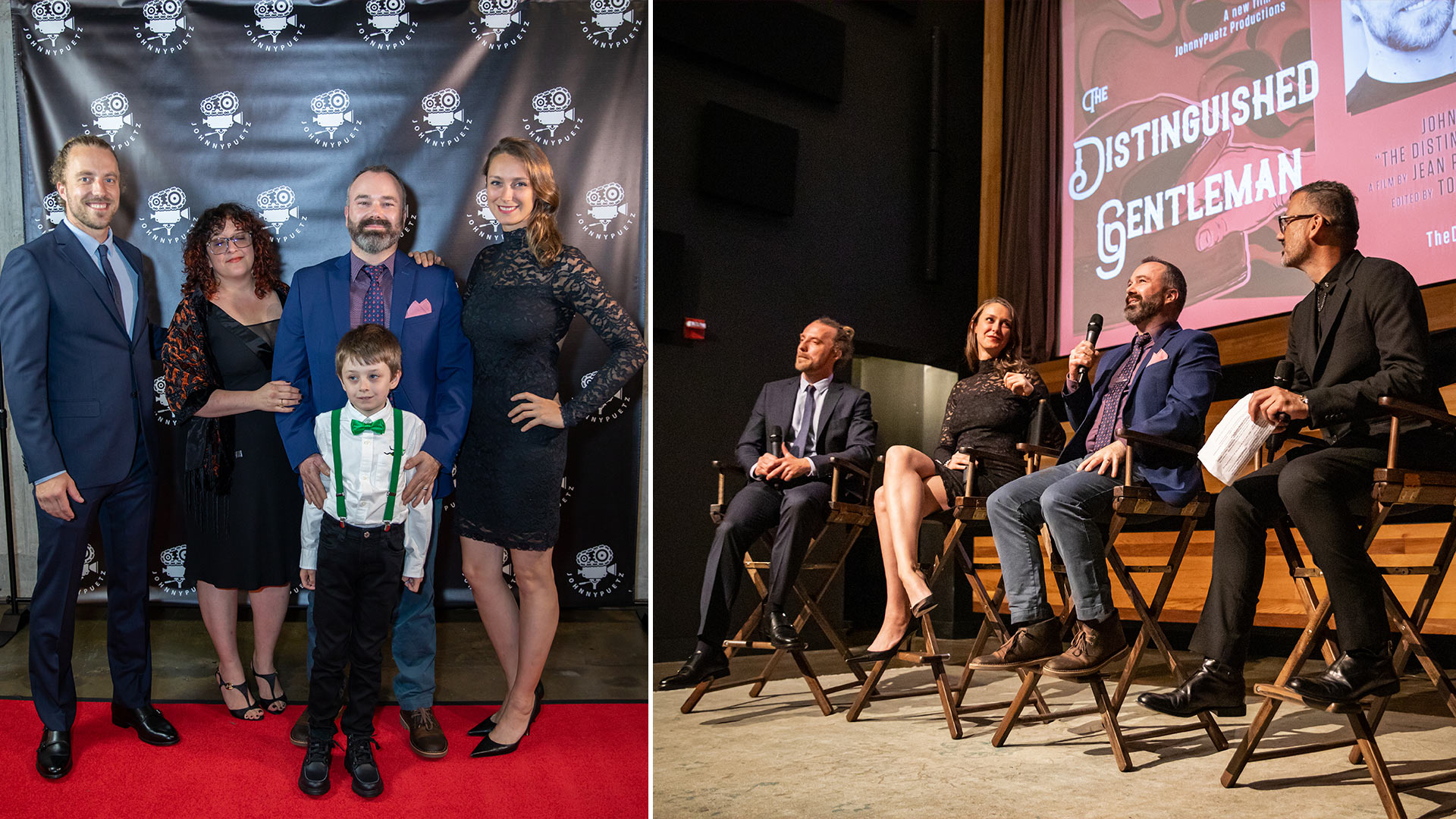 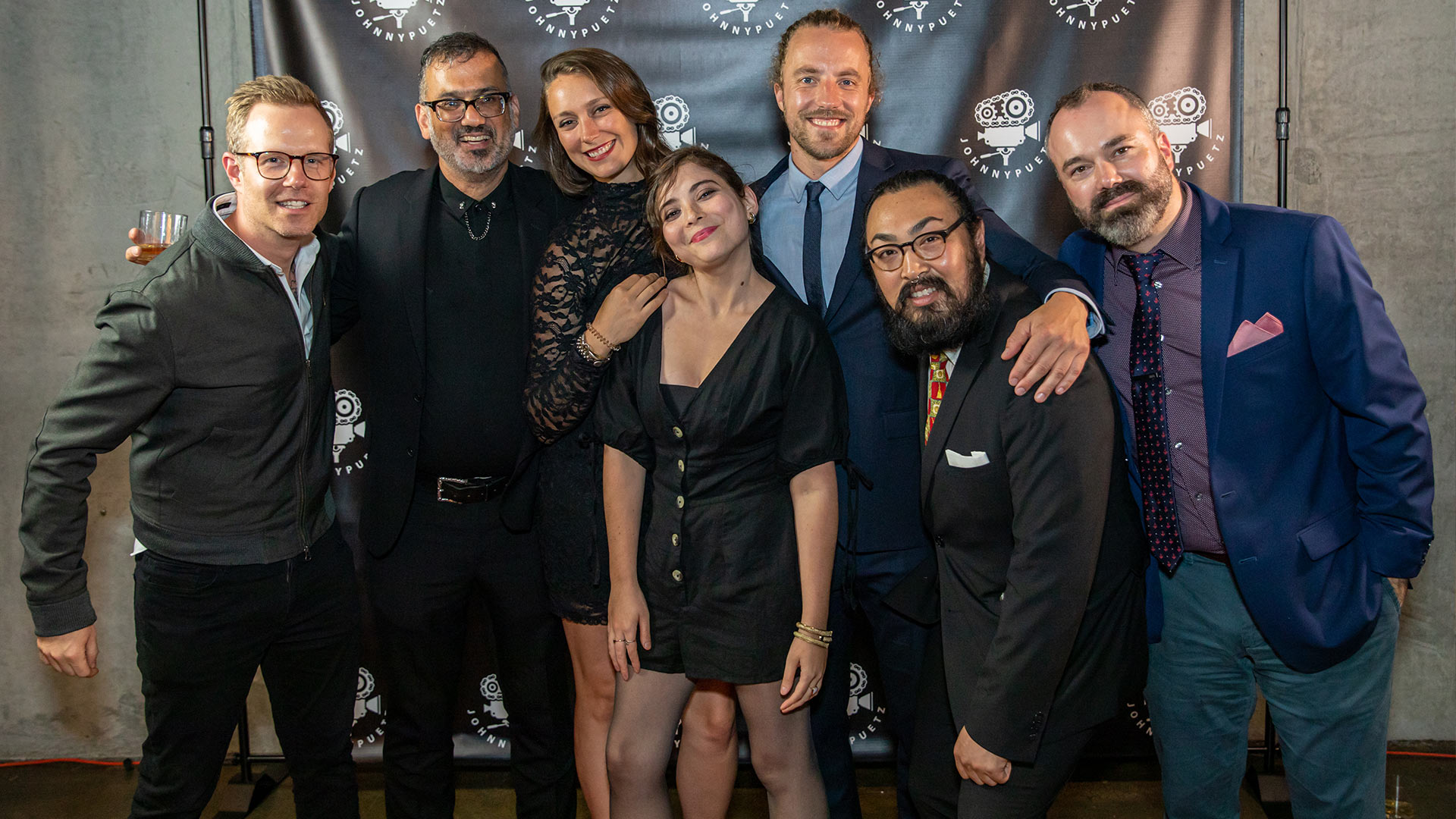 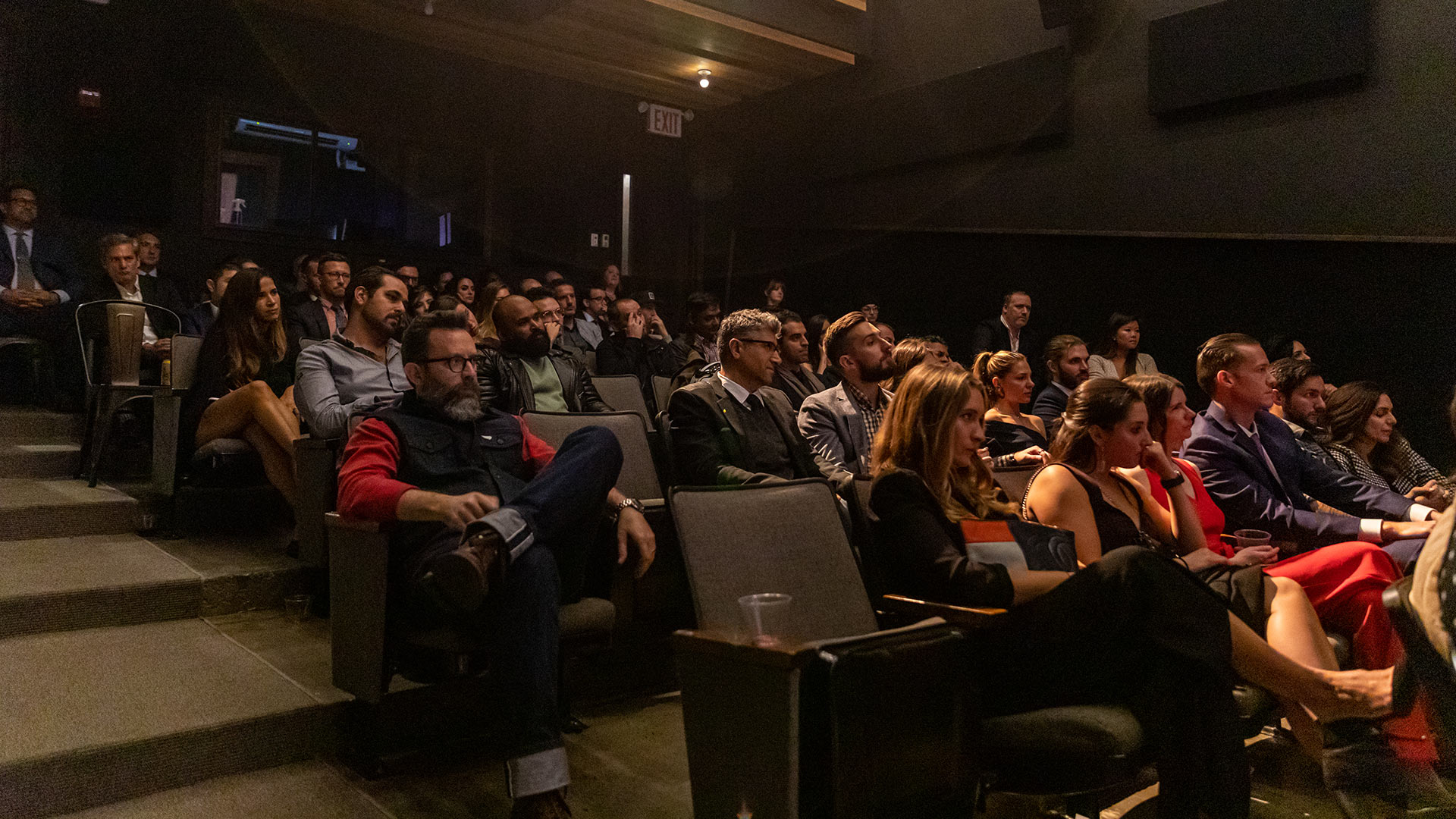 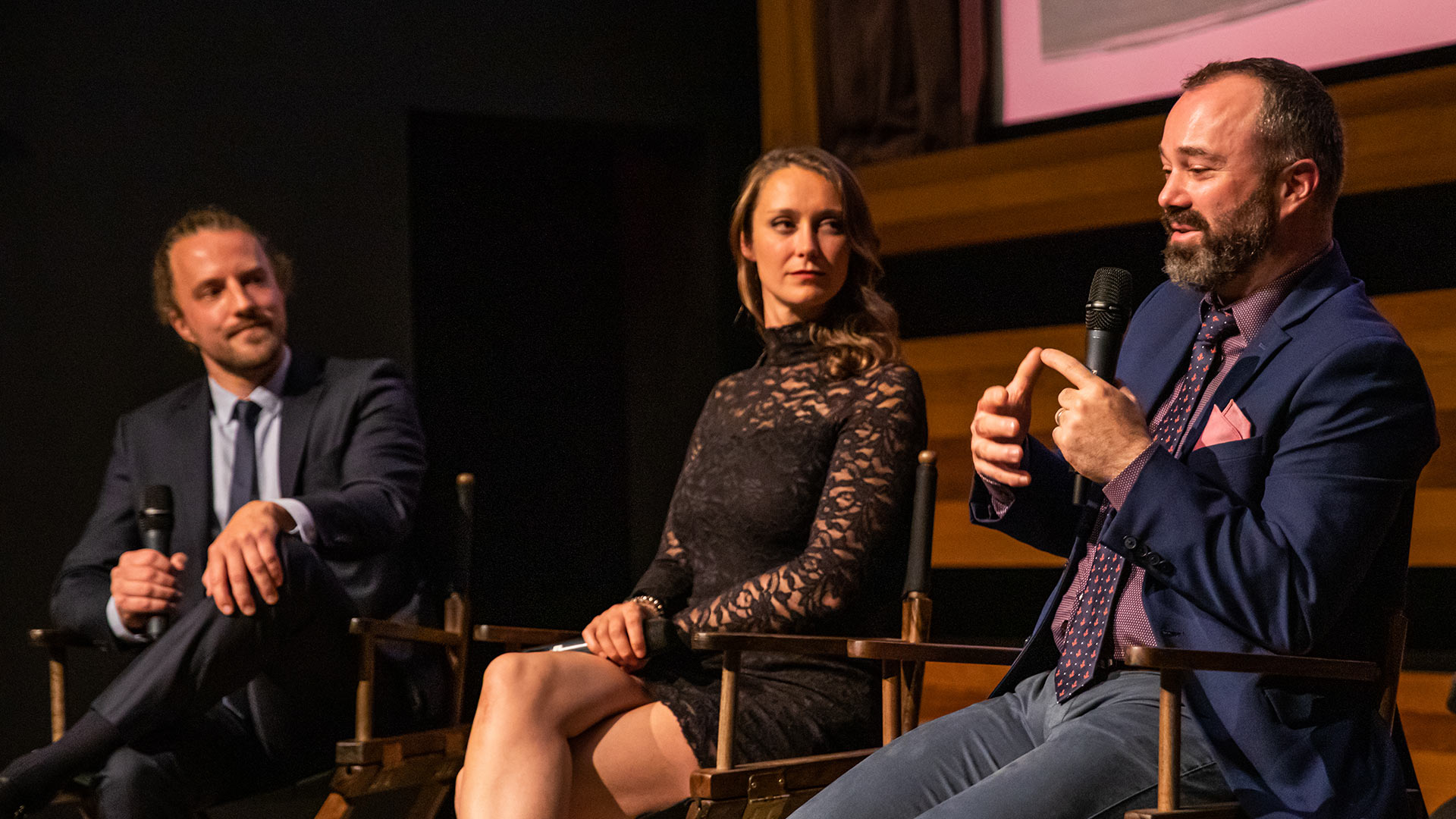 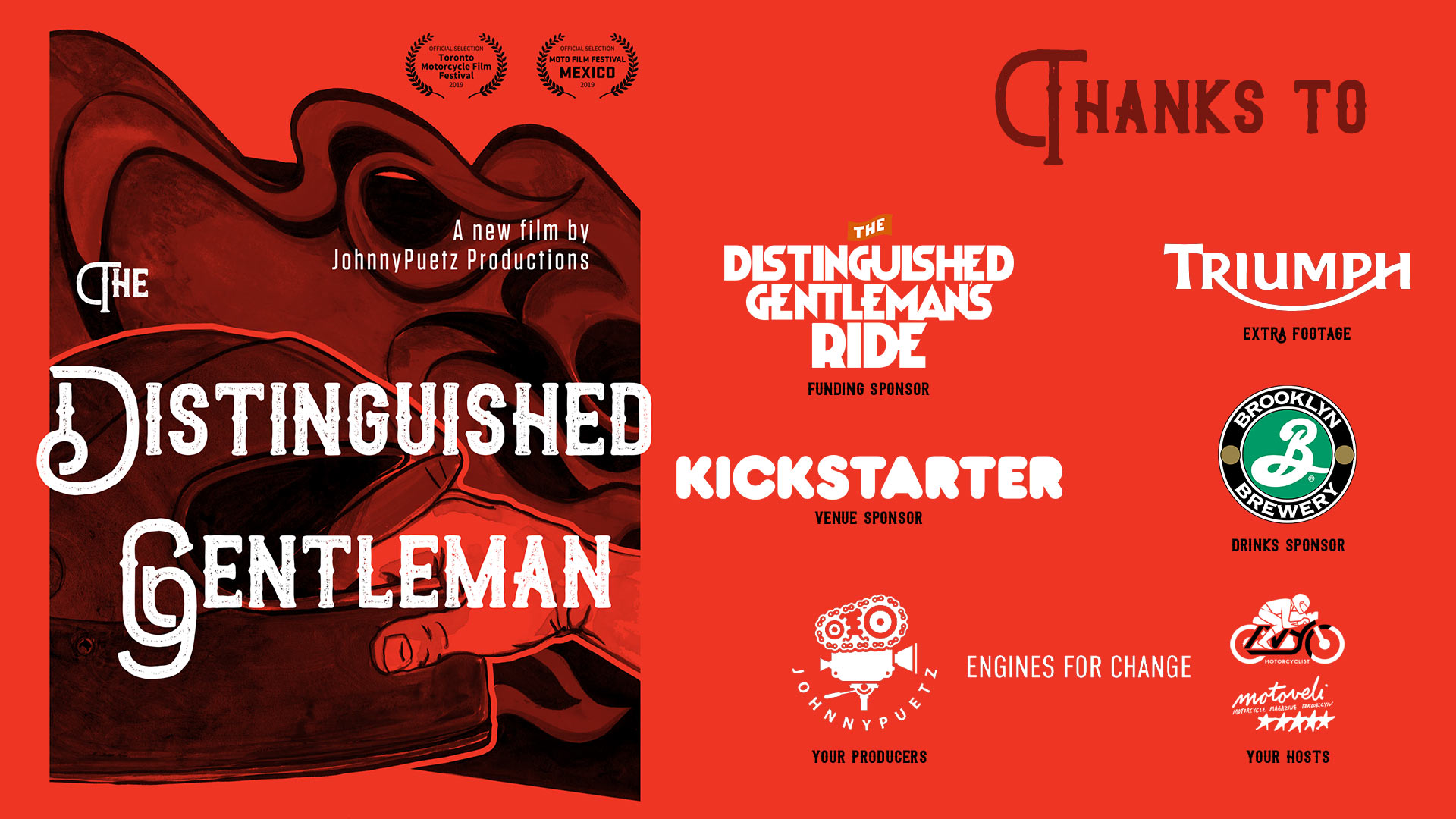 A heartfelt thank you to the NYC moto community for showing up in full force, dressed to the nines, for the NYC premiere of The Distinguished Gentleman short doc by JP Kathoefer and Kirsten Midura. The film, now available on YouTube at johnnypuetz and on thevintagent.com, details the inspiring recovery story of Vincent Nicolai and the community that supported him.

More than 100 people attended including members of the Nicolai family, and the medical support crew that aided him through his recuperation.

Our brilliant hosts at Kickstarter allowed us the use of their beautiful facility in Greenpoint, Brooklyn Brewery donated the suds for the evening, and we had an incredible group ot volunteers to help out ... from photographer Mark Squitieri, our bartender Andrea Derdzinski, hosts Mony Ty and Shelley Golan, and support from perennial community activists Ryan Snelson and Mike Higgins.

We are proud to be part of this community and look forward to bringing you more incredible events in the coming months.

For more info on the film, visit https://www.thedistinguishedgentlemanfilm.com/ 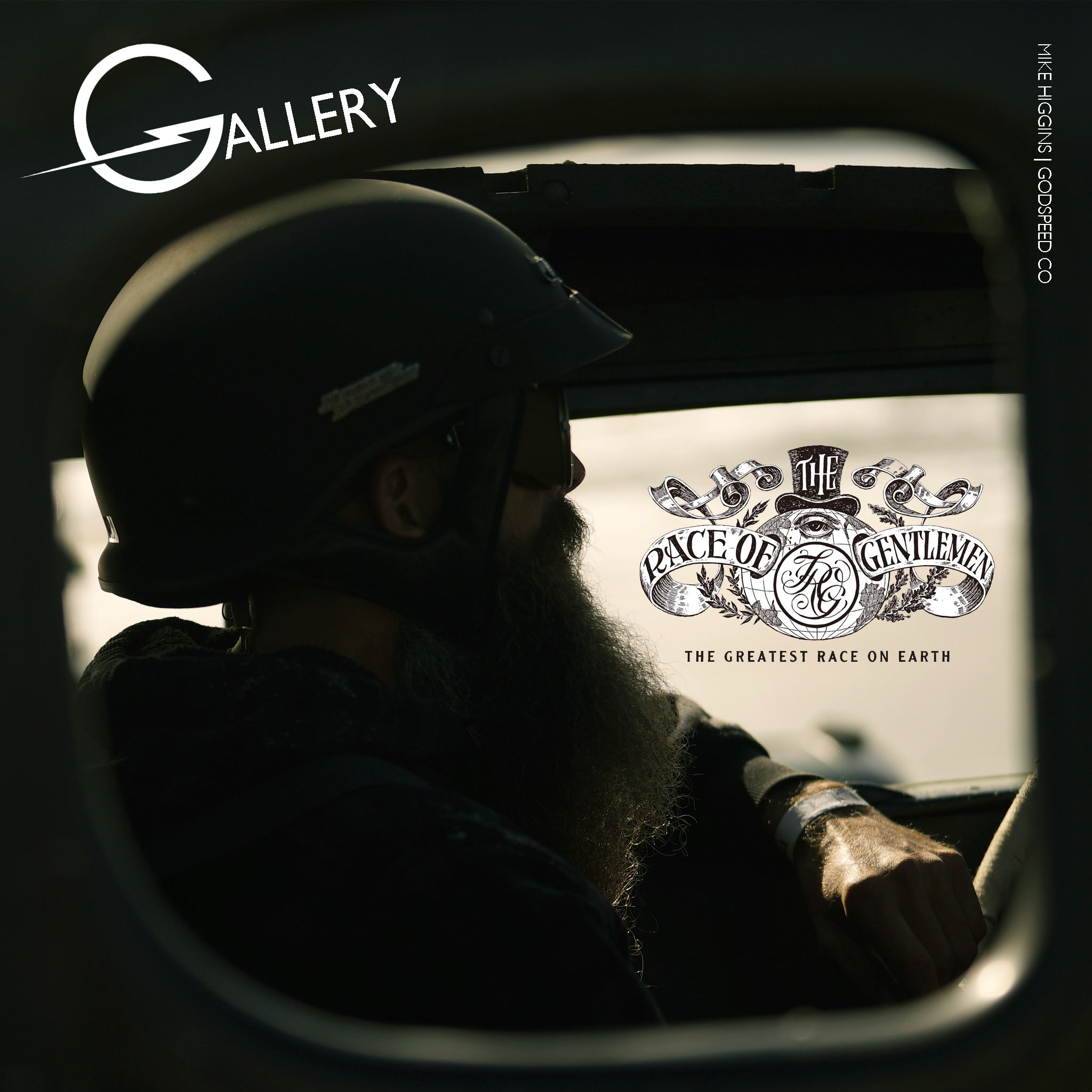 The Race of Gentleman 2019 Gallery

Brisk, fall, windy weather and whitecaps greeted participants, photographers and fans at The Race of Gentleman in Wildwood, New Jersey this past weekend. Racers hit the local sands as soon as the tides went out, taking a proverbial step back in time to pit antique machines against the elements and one another.

Godspeed Co were on hand with their very own stylish shooter Michael Higgins, who captured the feel and mood of the event with some stunning shots of the cars, motorcycles and personalities on show for the three days, Oct. 5 through 7. One image in particular, a tribute to the recently passed Joe Oz, strikes a chord for anyone who knew him.

Check out the incredible gallery from the weekend, generously shared with NYC Motorcyclist by Godspeed Co. 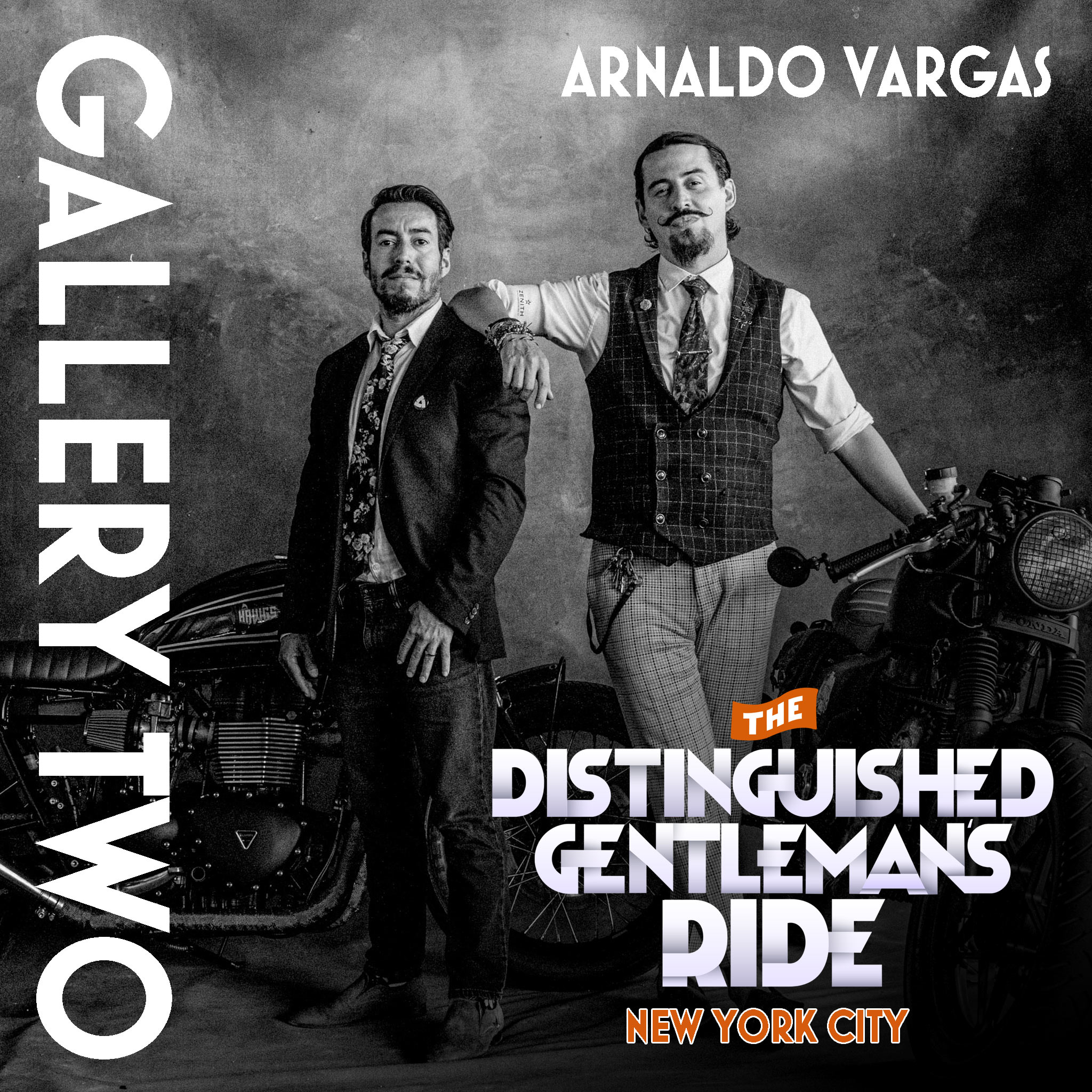 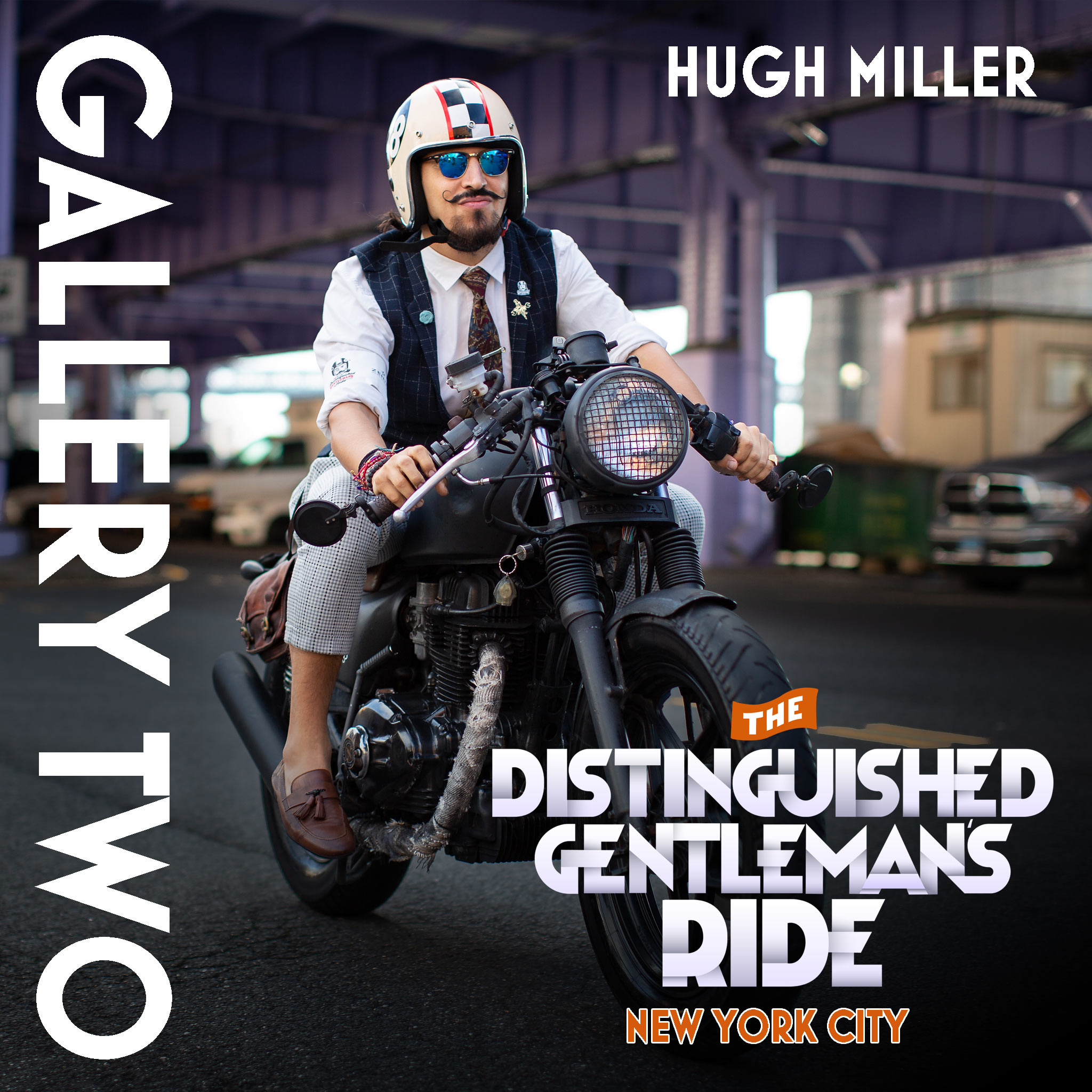 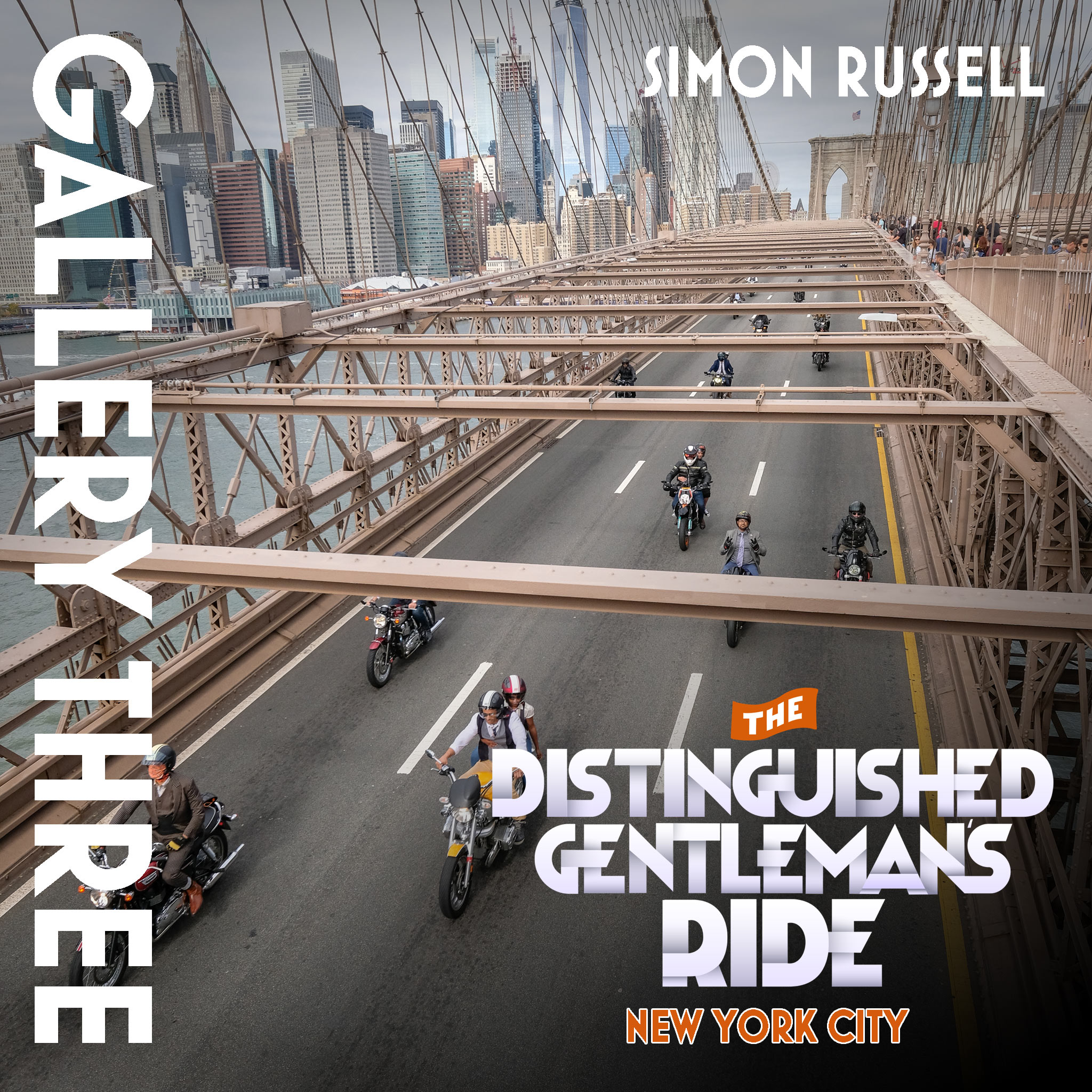 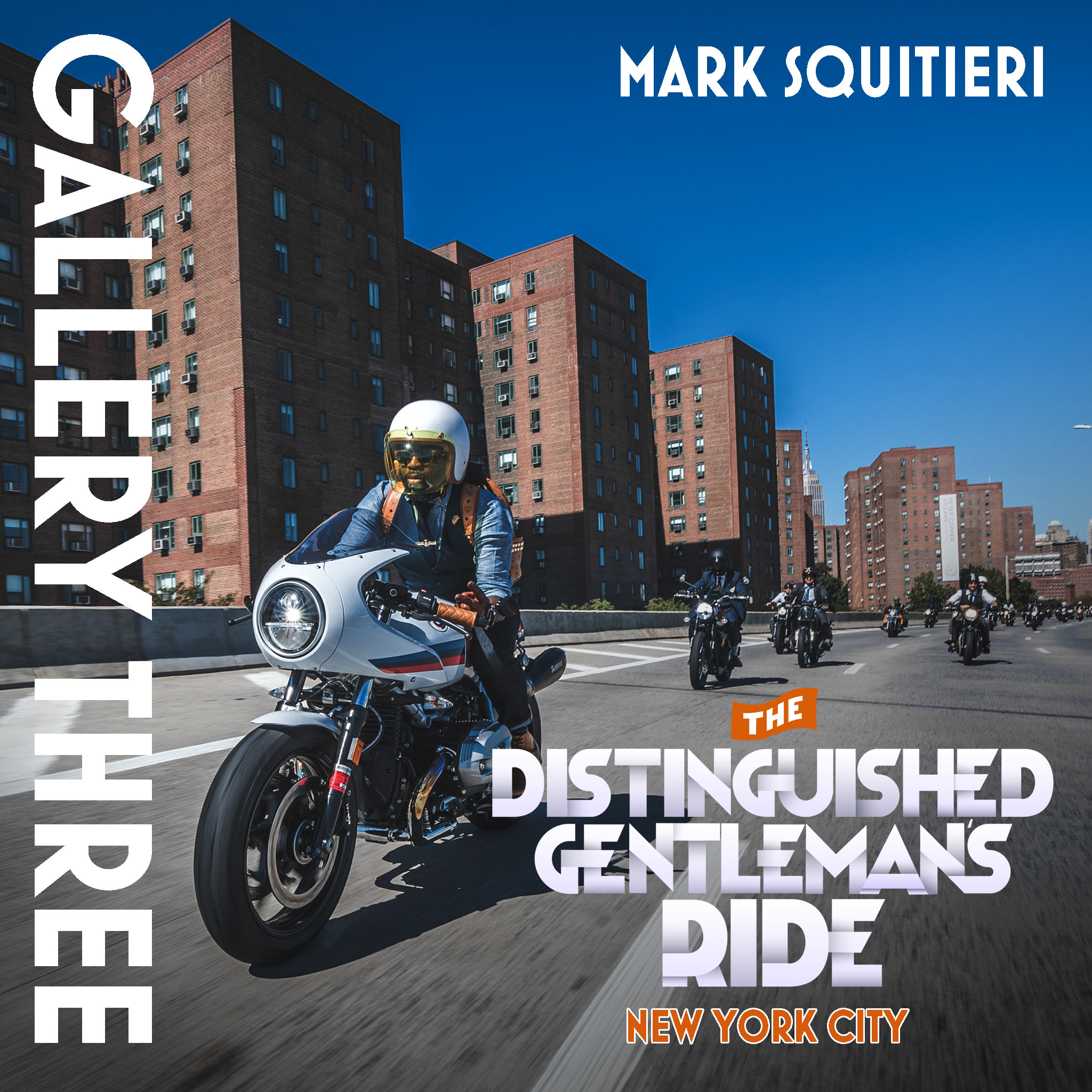 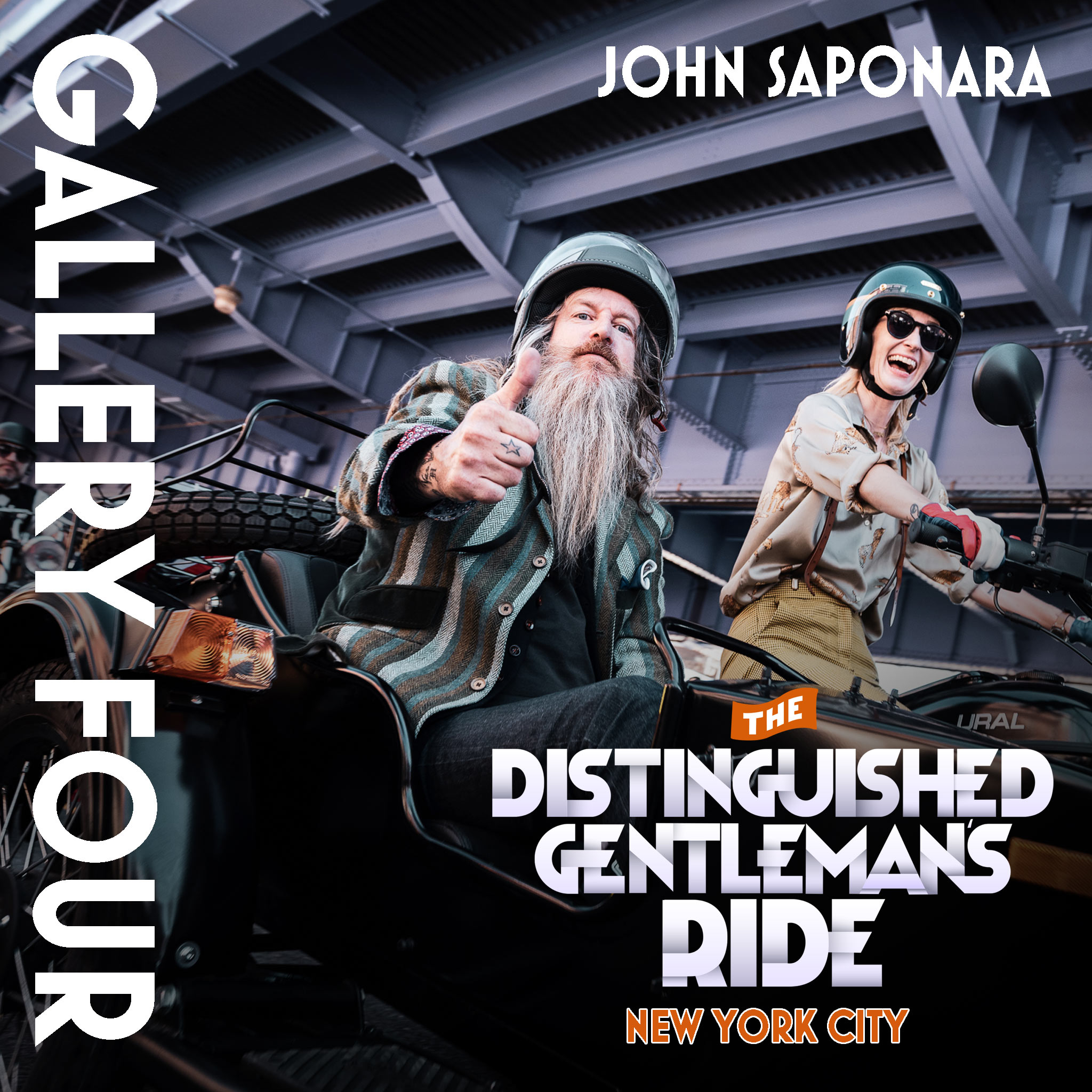 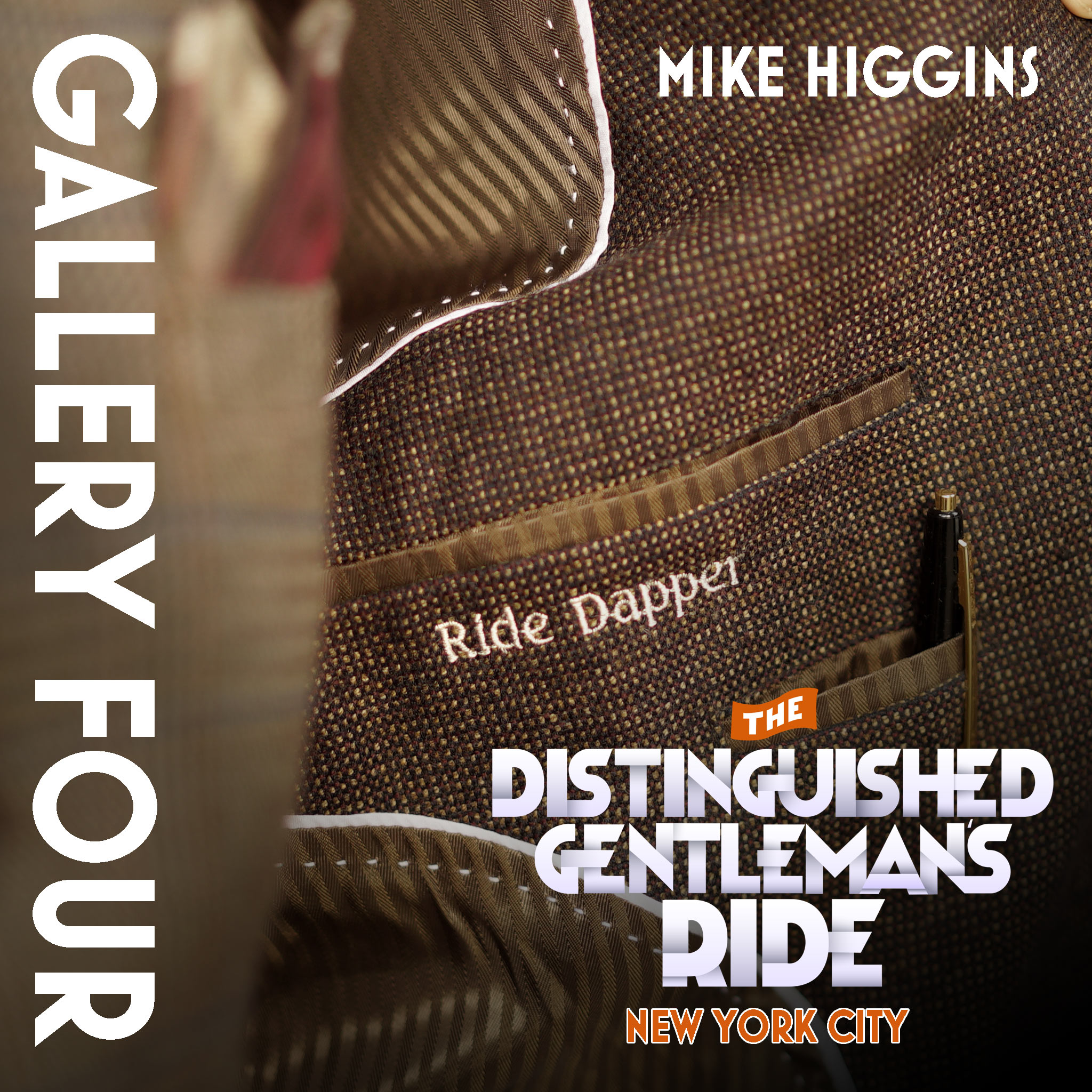 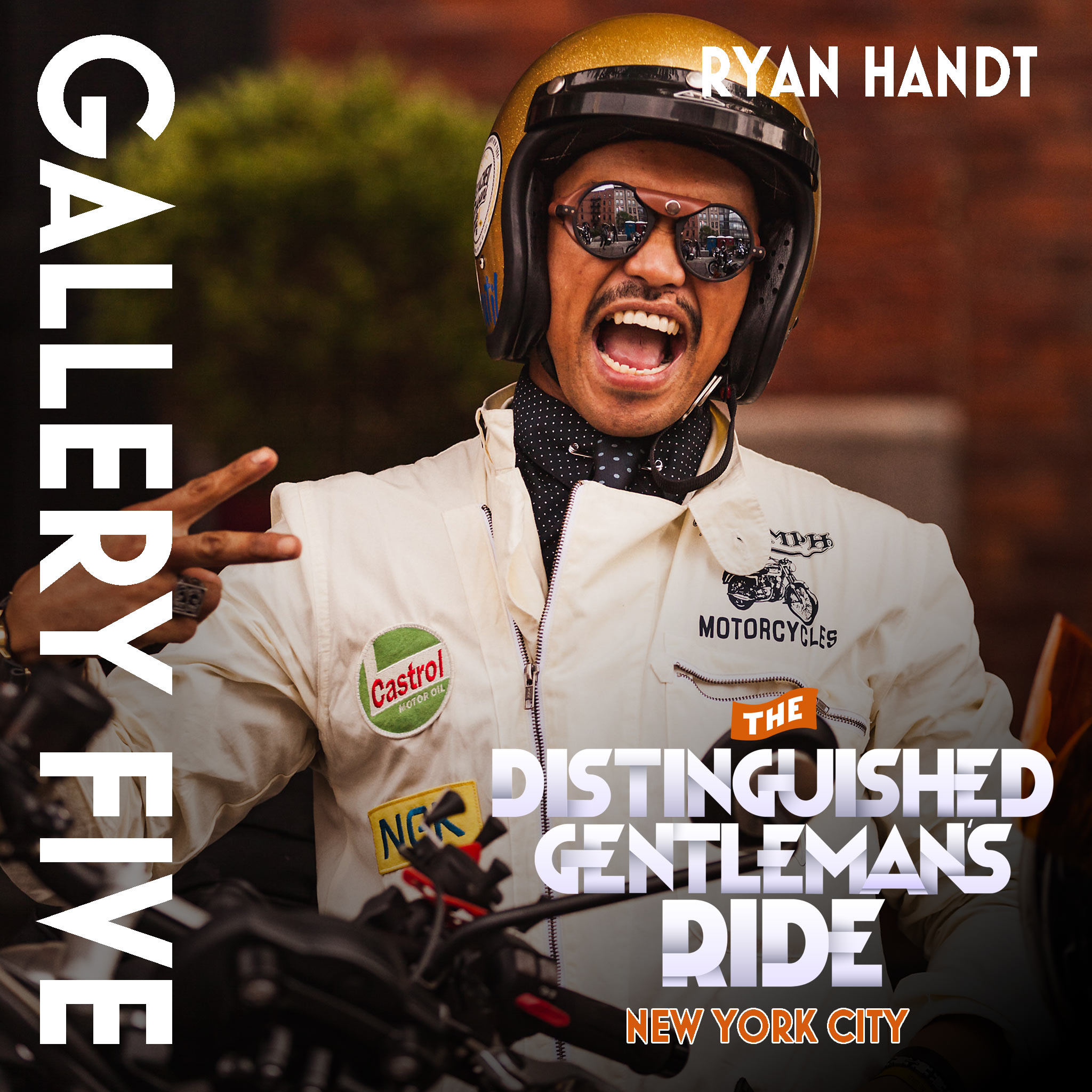 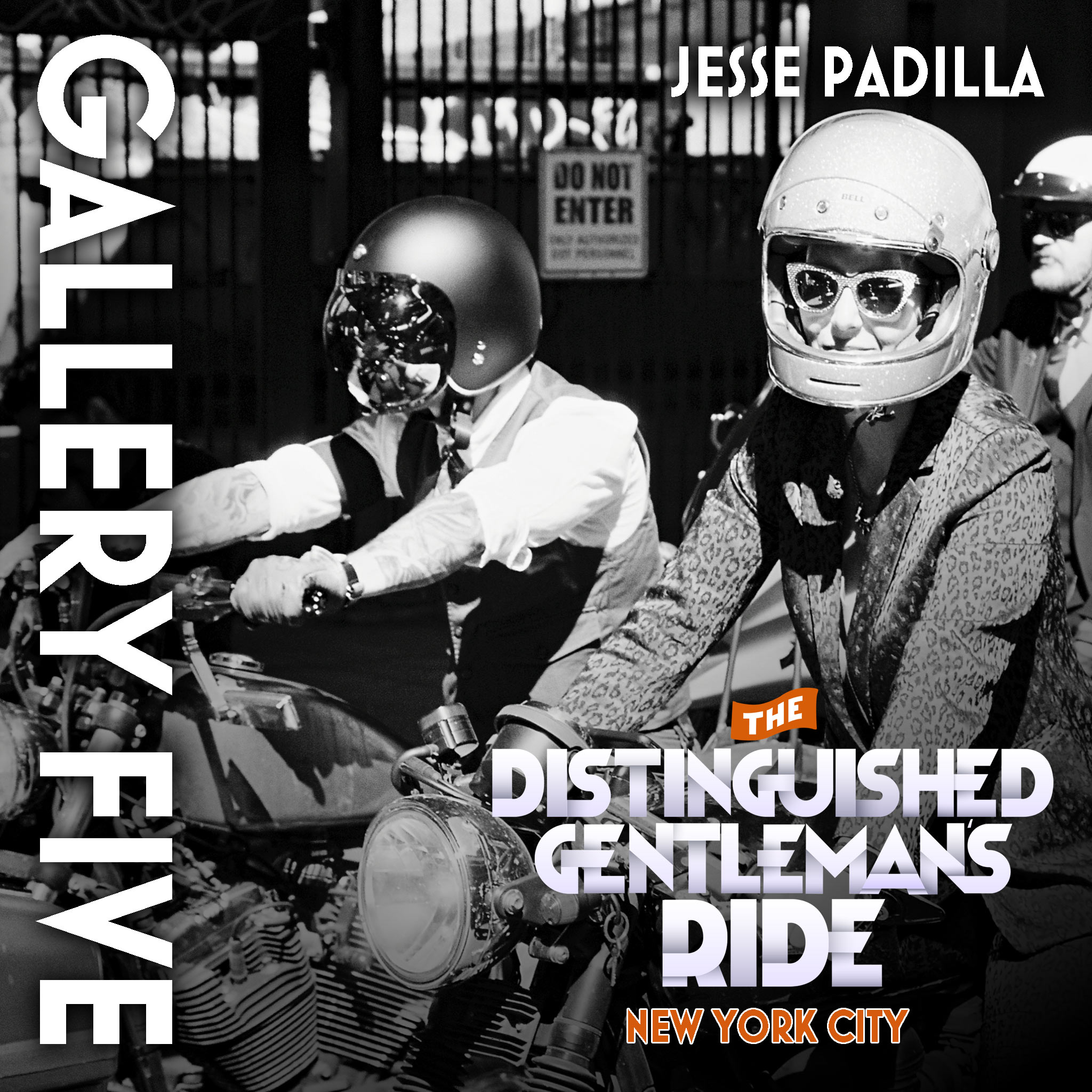 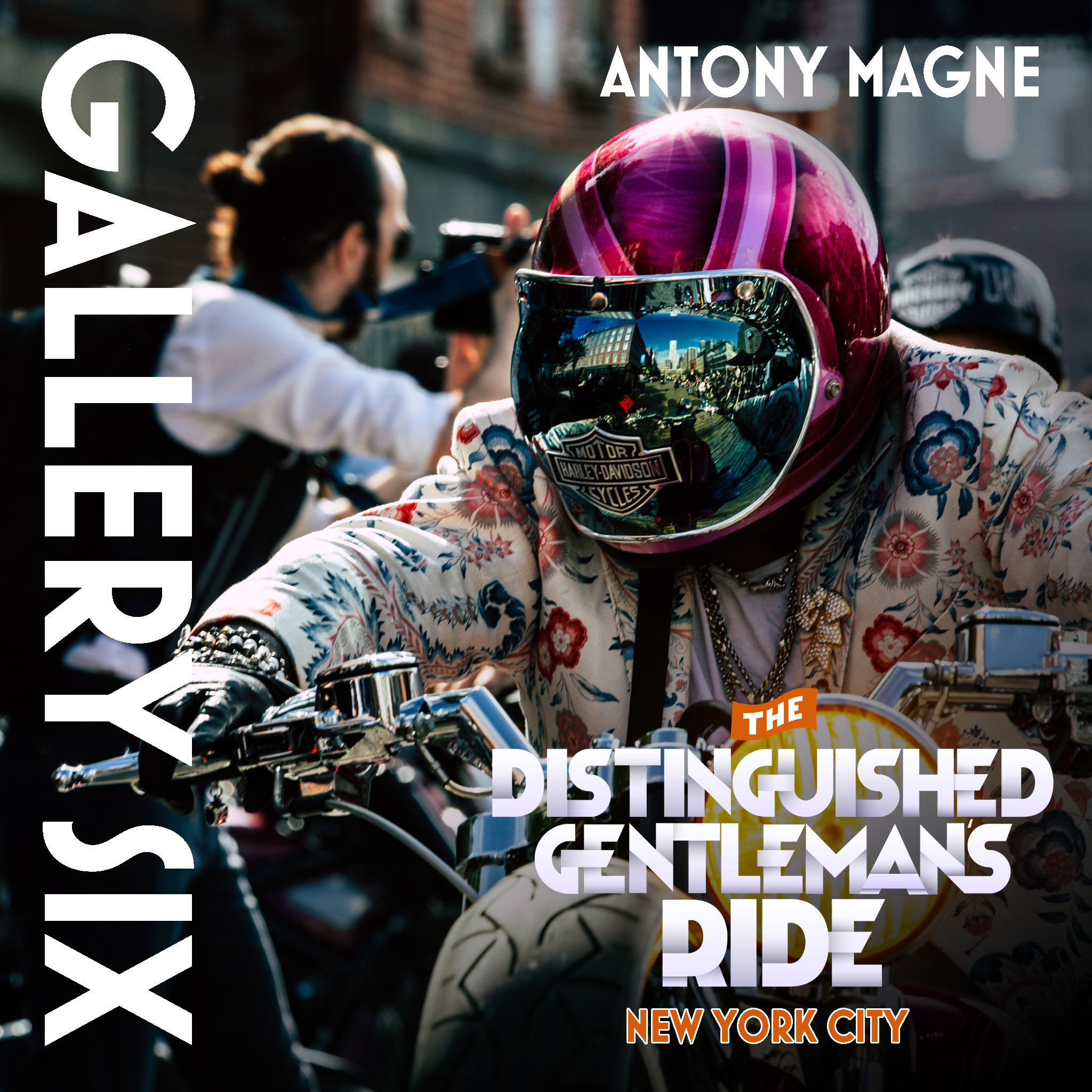 We have now added the four official guest photographer galleries to our DGR section -- featuring work from Ryan Handt and Jesse Padilla, John Saponara and Mike Higgins, Simon Russell and Mark Squitieri & Arnaldo Vargas and Hugh Miller. Our first general gallery featured a sampling of moments from the start and finish of Sunday's Distinguished Gentleman's Ride in New York City. Vargas a photographer | filmmaker staged an editorial shoot on site for his offering, while Miller shares a collection of his ride shots from the day. Russell positioned himself at various stages along the course, while Squitieri was one of two photographers shooting from a Dapper Tours NYC URAL, courtesy of our friend Will Davis. Saponara shot from the precarious pillion seat on the same URAL, and Higgins and Handt caught some moments at the Peck's Slip homebase. Padilla shot ilford b&w film with a Minolta XE-7 and SRT101, and glass made in Japan -- 28-85mm, 80-200mm.

Close to 800 riders participated in the ride which traversed the Brooklyn Bridge, parts of the BQE, the Ed Koch/59th Street Bridge, the FDR and West Side Highway, Columbus Circle past Central Park, and back to Seaport via the FDR.

The US was again the top fundraising country with $1.85 million of the total $5.8 million raised, followed by England, Australia and Canada.

Thanks to all who participated, riders, local sponsors, the NYPD Highway Patrol, our volunteers and organizers, and the city as a whole for making NYC No. 1.

We ran into a ton of colleagues and friends at this year's 16th Annual Indian Larry Grease Monkey Block Party in Williamsburg, Saturday, Sept. 21 ... to name but a few ... photographers Dean 'Chooch' Landry & Debbie Fitch, poet Sorez the Scribe (who has a new book of his work out), artist Darren McKeag (look for an NYC Motorcyclist feature on him in the near future), and perennial favorite Shovelhead Austin.

Then there was the bikes ... a feast of individual, two-wheeled expression, both inside the Indian Larry event space and throughout the surrounding blocks ... Harleys of every description, Indians, Triumphs ... and even a small selection of Japanese sportsbikes.

Check out our gallery from the day -- sunny and 80F -- and remember to follow us on Instagram @nyc_motorcyclist. 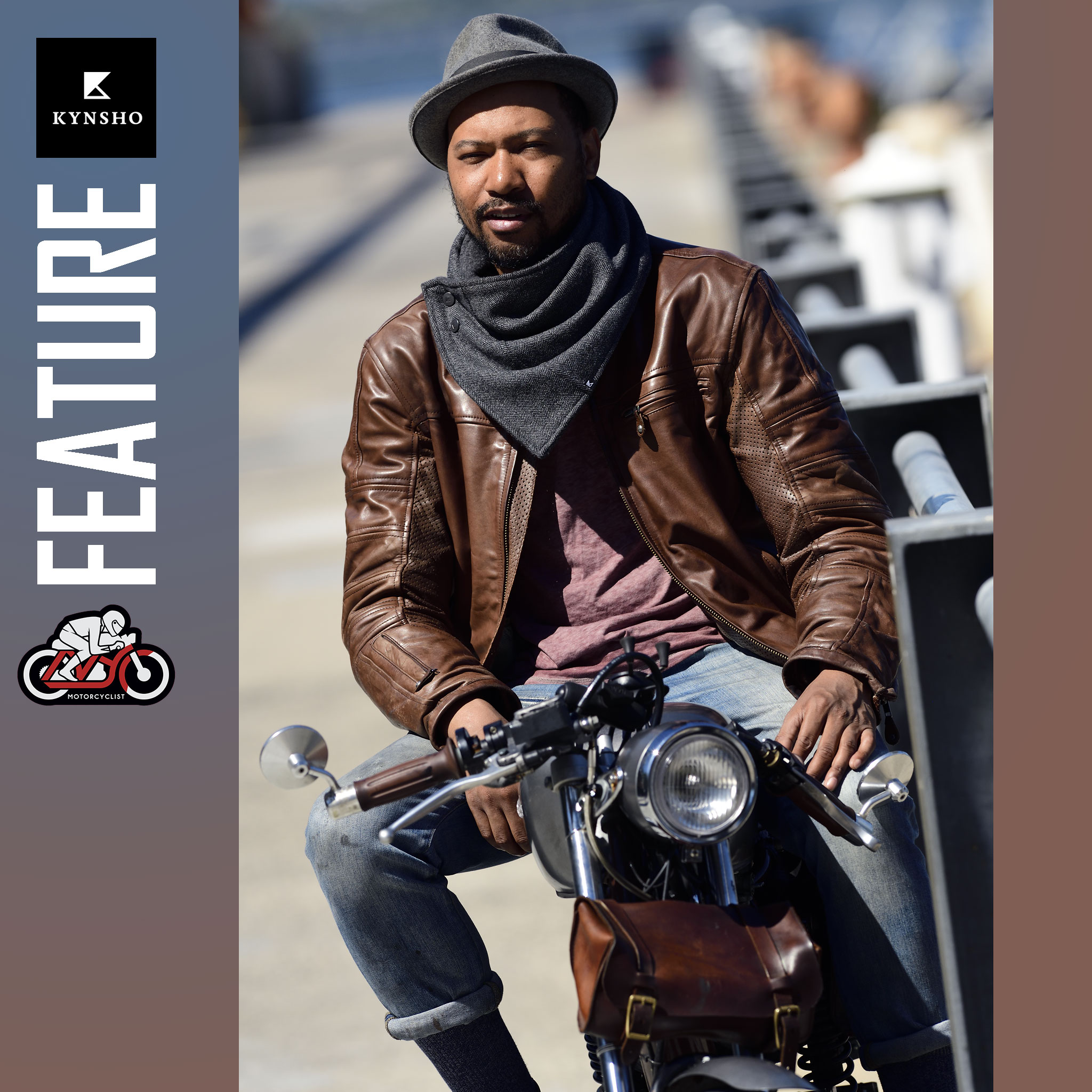 Transition through NYC life with Kynsho

With the Distinguished Gentleman’s Ride nearly upon us, it’s time to dapper up the ensemble.

Though, in New York City that’s par for the course, with commuters choosing outfits based on their ability to smoothly transition from the F-line to the boardroom … from a scooter ride through Manhattan to an interview … and from a day’s work to an evening cocktail event.

Enter George Crichlow, founder and CEO of Kynsho, a Brooklyn-based firm that designs practical accessories with smart details and an enduring style.

The company — a prize sponsor and part of the NYC DGR’s locals’ tent at the start and finish of this year’s charity ride, Sept. 29 — launched its signature crossover cowl last year and has a waterproof version slated for release this winter currently on Kickstarter.

Gray skies couldn't dampen the spirits of E-bike, E-SK8 and E-board enthusiasts, who took to the Velosolutions Pump Track in Williamsburg, off the East River, for the 2nd annual NYEF, Saturday, Sept. 14.

Hosted by Filipacchi, the free festival featured a DJ, MC, free demo rides, free giveaways, raffles and complimentary food and drinks, as well as a host of relevant brands, sporting their latest gear. Check out some images from the day. 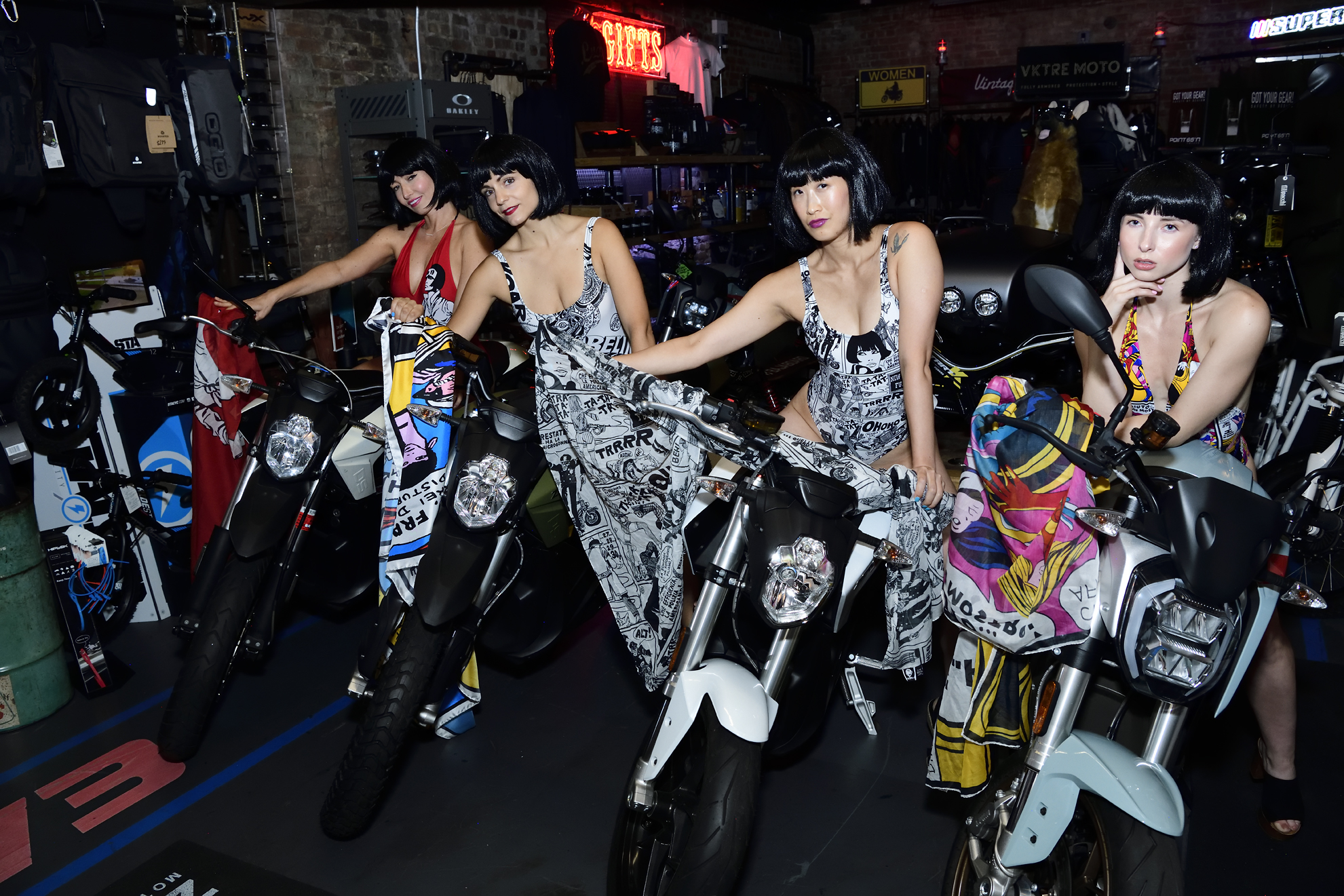 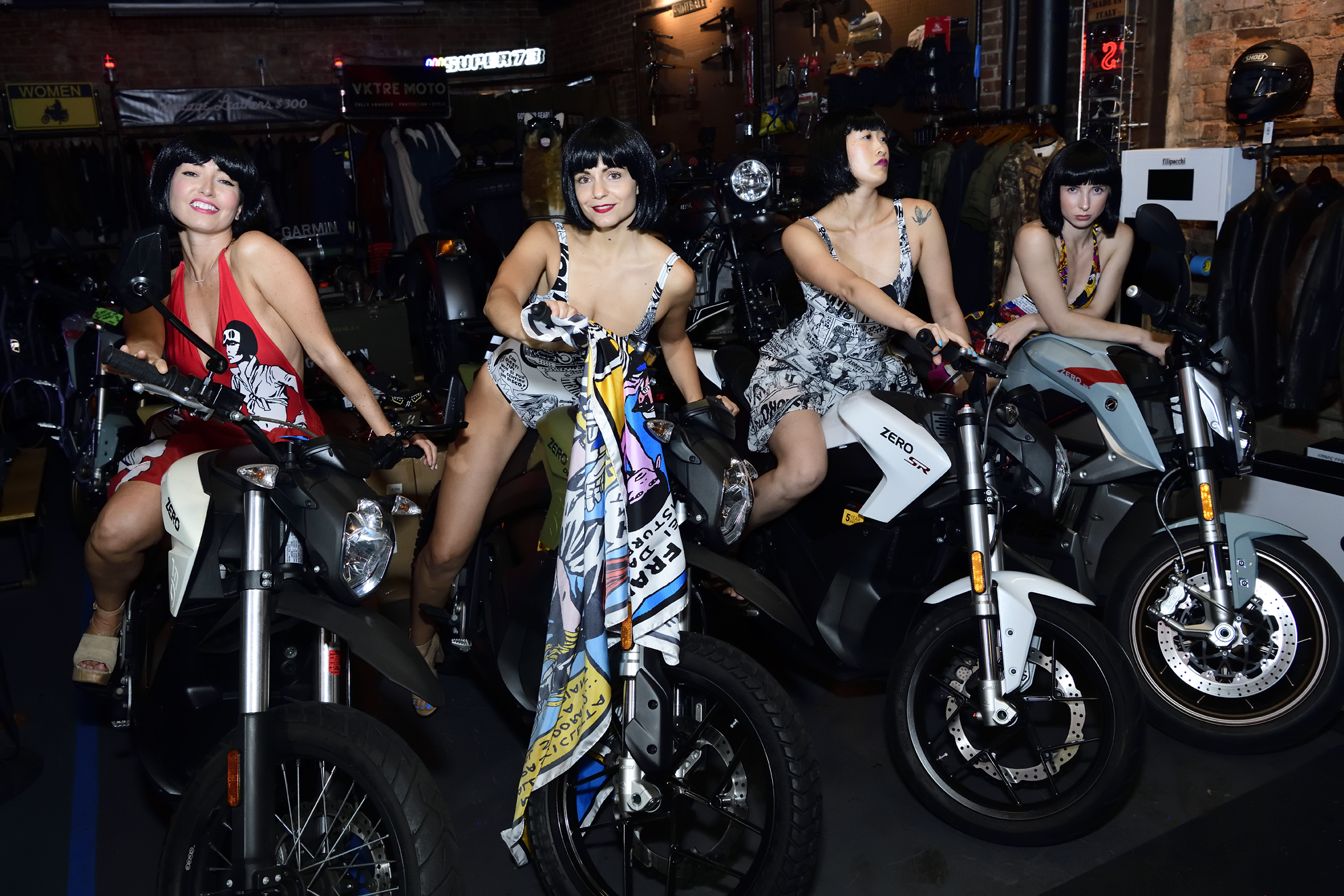 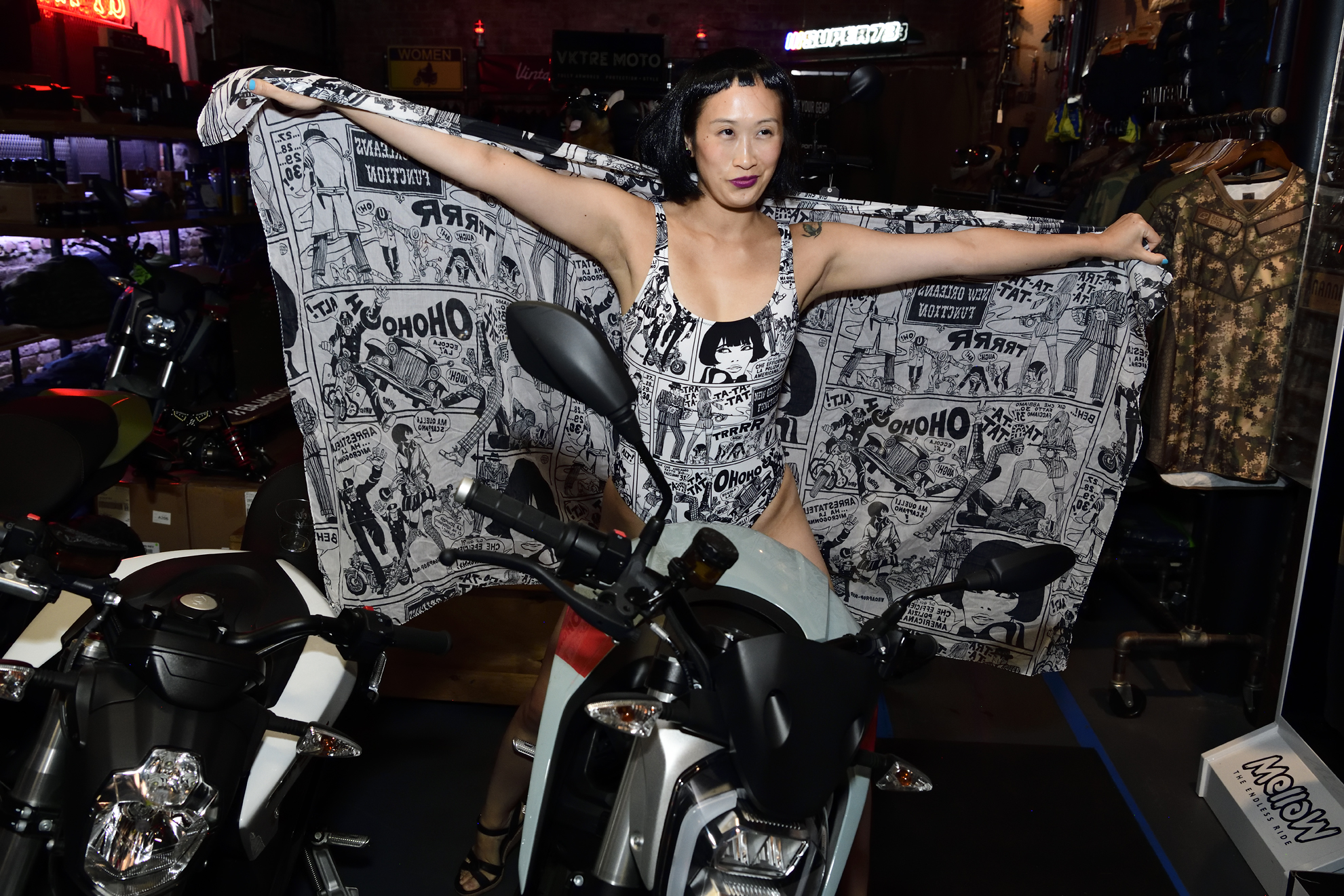 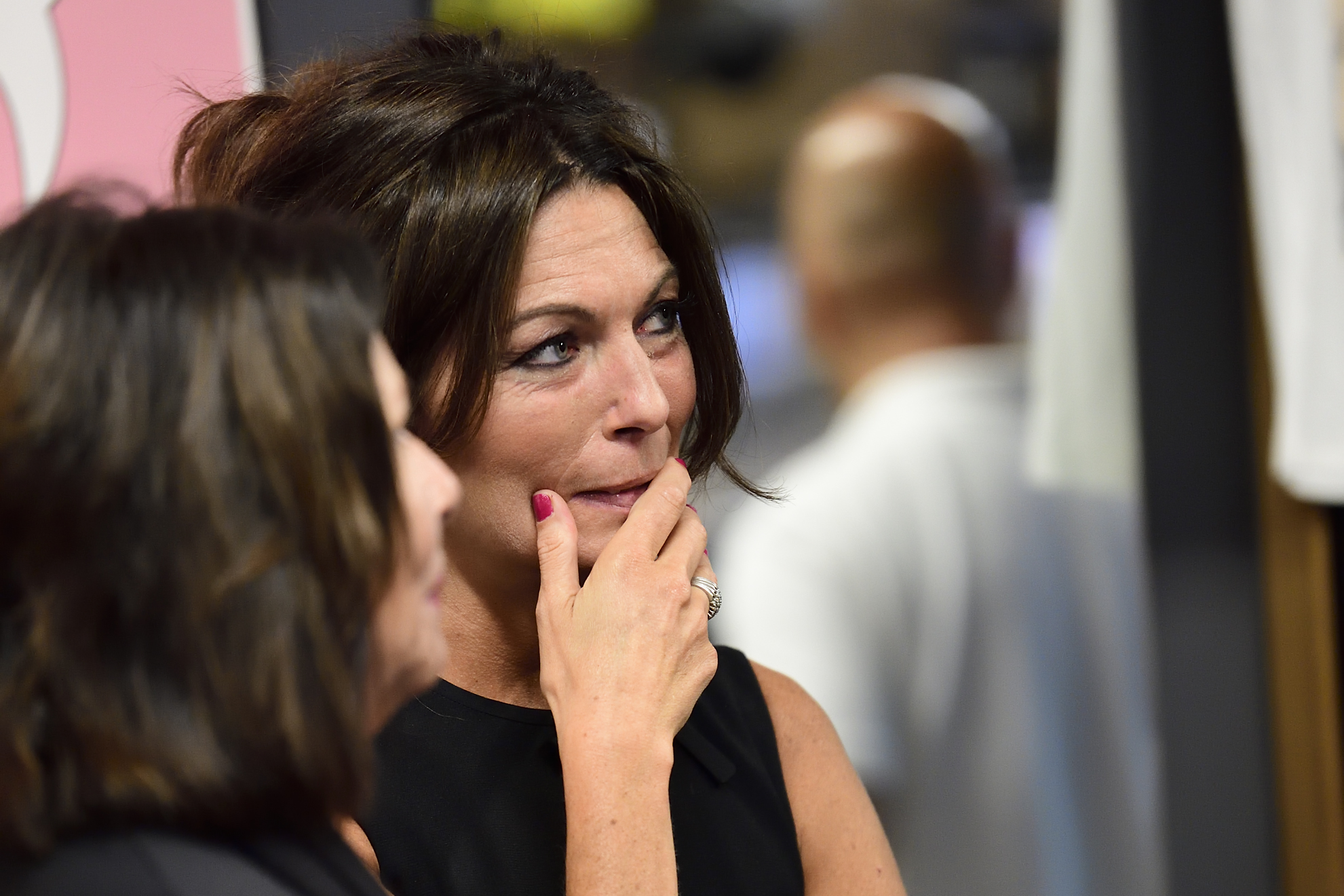 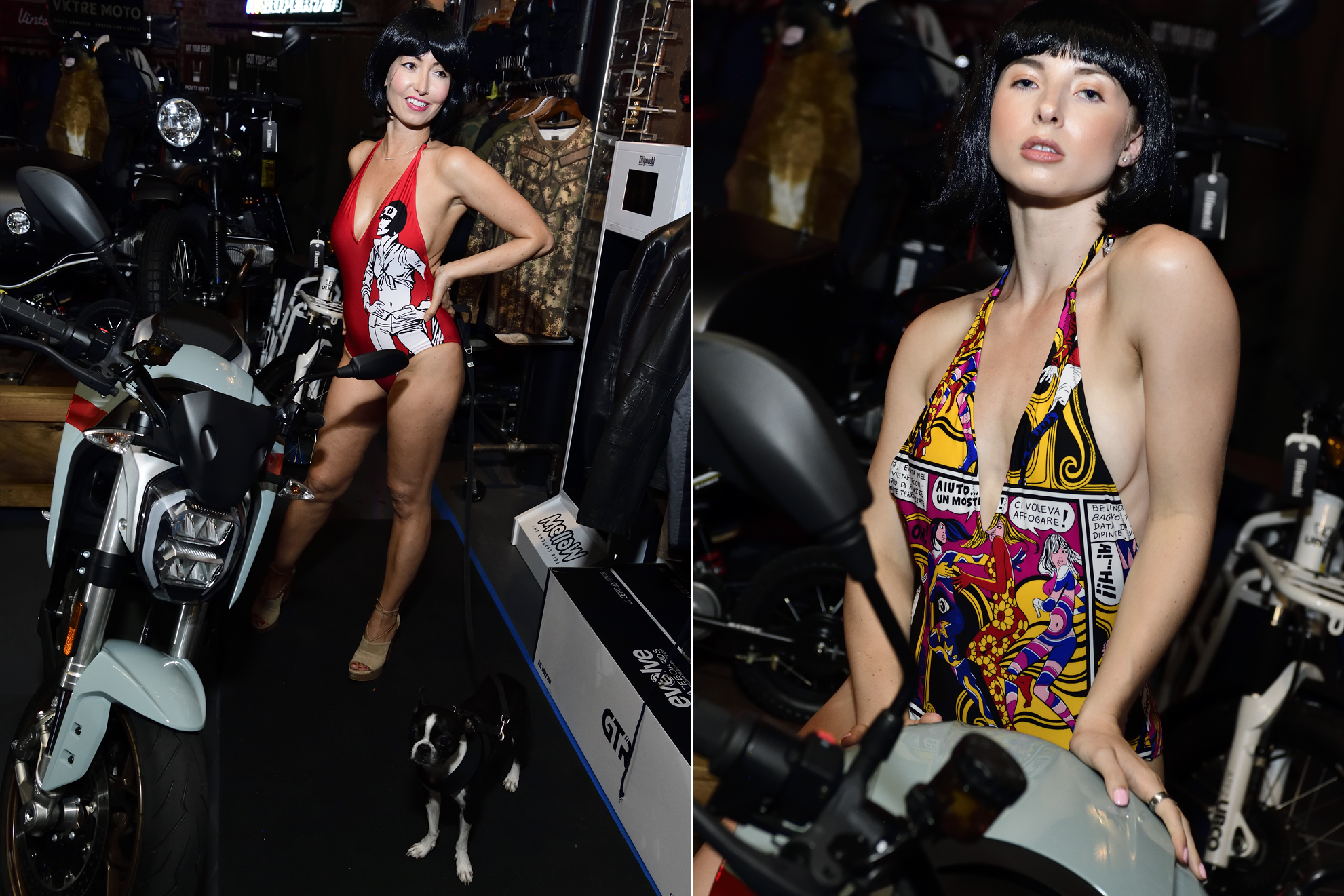 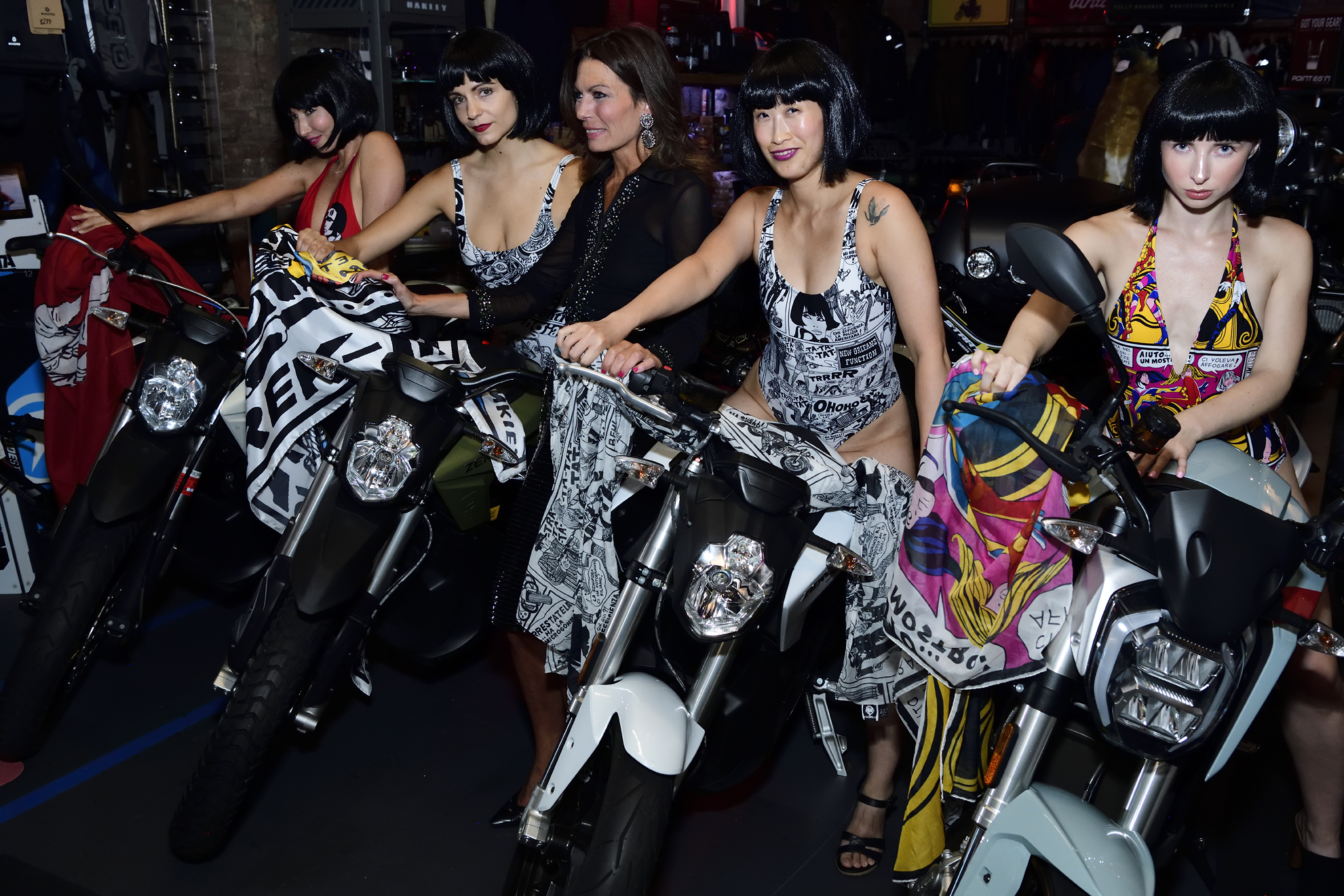 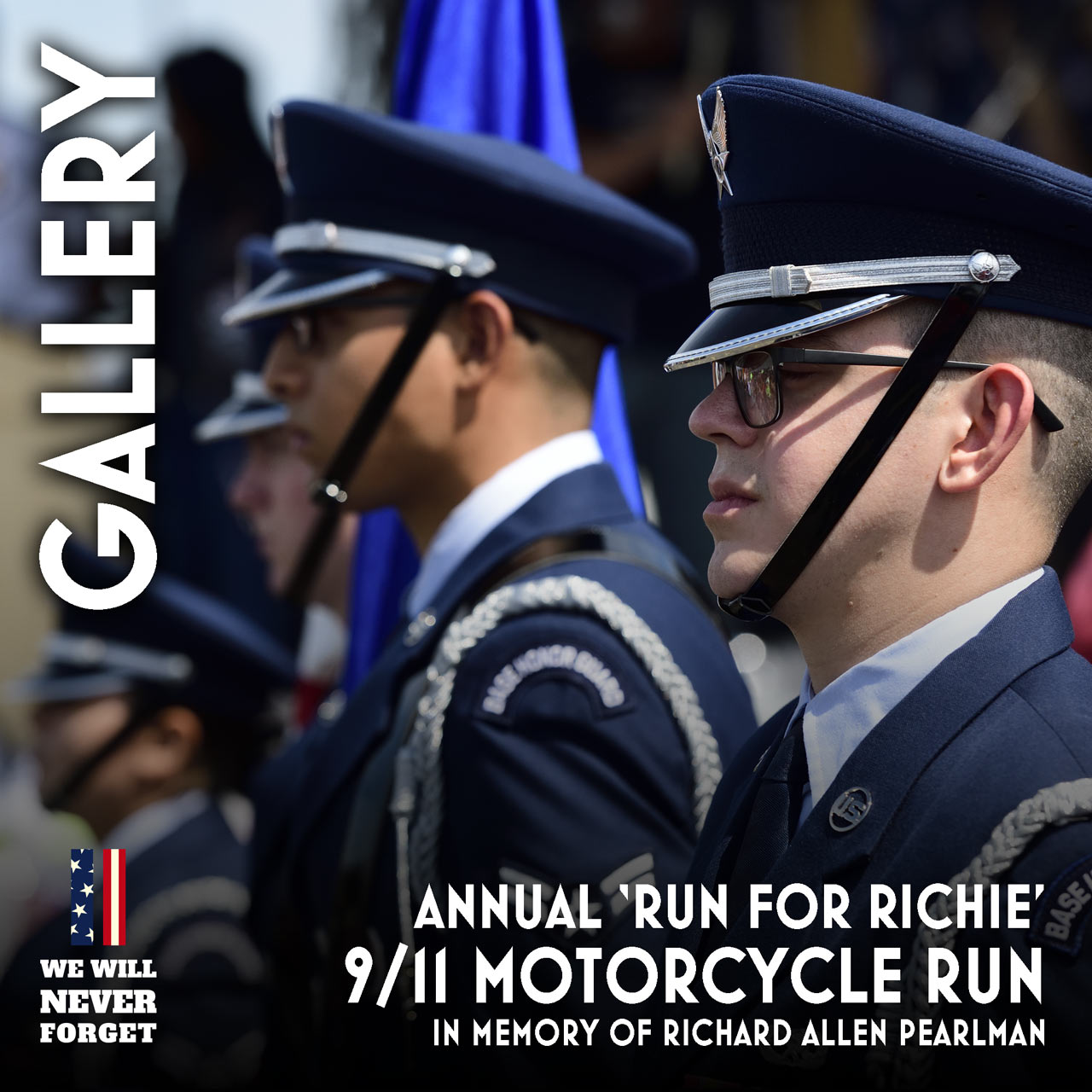 More than 2,000 bikers turned out for the 9/11 Memorial 'Run for Richie' Motorcycle Ride Sunday in remembrance of the 18th anniversary of those who served, protected, volunteered and gave their lives on Sept. 11, 2001. Led by PJ Marcel and hosted by the NYC Punishers Law Enforcement Motorcycle Club as a fund-raiser for the Forest Hills Volunteer Ambulance Corps, the ride bears the name of Richard Allen Pearlman -- 'Richie' -- the youngest first responder to lose his life that tragic day.

Our gallery features images from the start at the Aqueduct Racetrack Parking Lot in Jamaica, New York ... the official ceremony, the bikes and those there honoring the day. We also had the pleasure of riding out with the NYC Gotham Riders to the venue. Tomorrow, Sept. 11, 2019, take a quiet moment to remember the bravery and sacrifice of New York responders on 9/11 and the civilians who lost their lives.