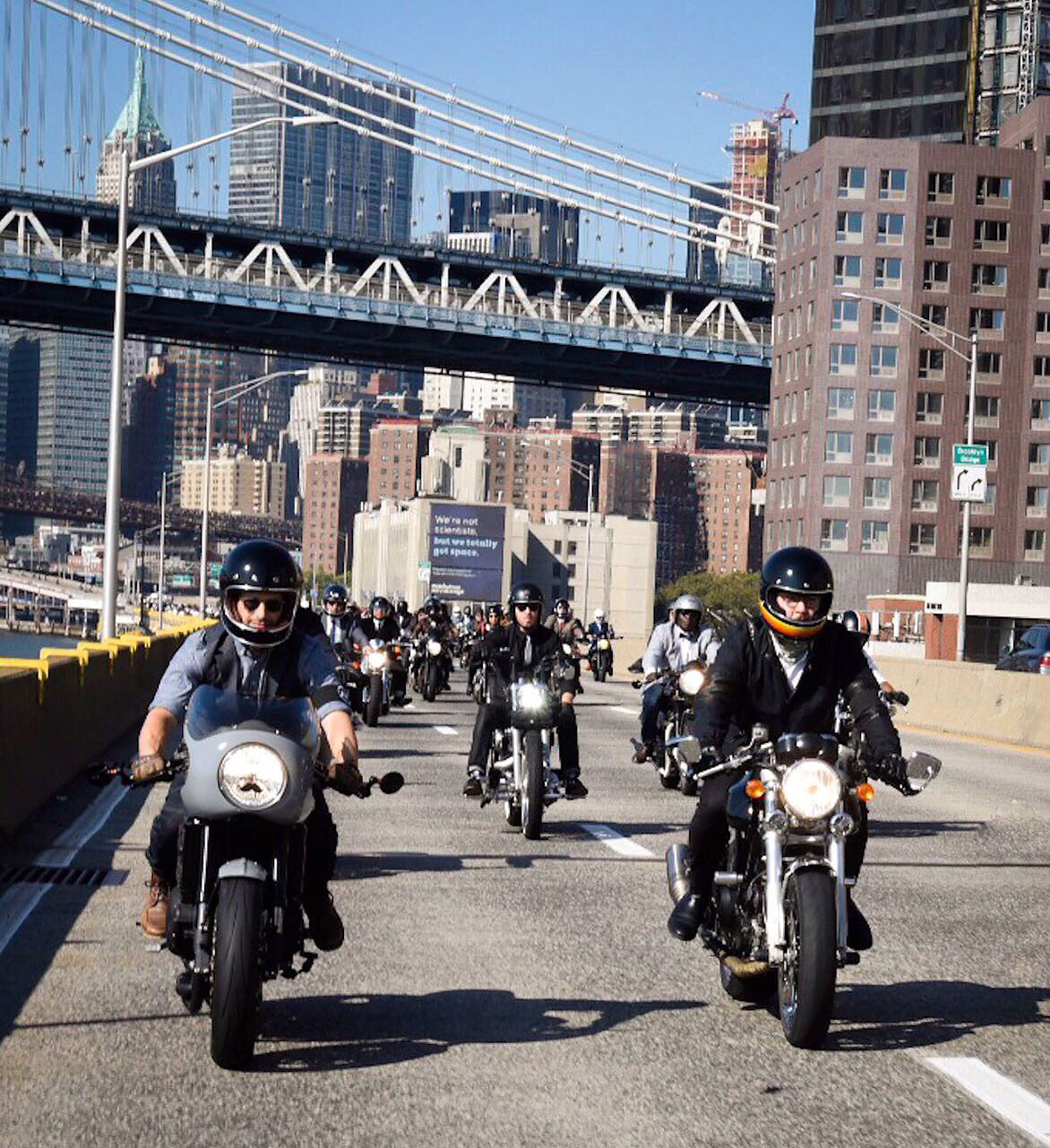 The DGR hits home for the 36-year-old Long Island-NY native, who has ridden in the past four NYC rides.

“My father is a prostate cancer survivor and beat the disease two decades ago thanks to early detection and a team of great doctors,” Hodrinsky says. “I’ve been extremely lucky that I did not lose my father’s love, guidance, and helping hands to a deadly disease. I realize, however, that not everyone is so lucky, and that has to change. Unfortunately, men’s health issues have historically been something men have been reticent to discuss, and that’s why it is so important to have events like the DGR and organizations like Movember — to raise awareness and spark important conversations.”

To that end Hodrinsky wanted to up his participation this year by building a bike to honor the ride and reward its participants.

“One of the issues that we kept hearing about was lack of fundraising efforts by the majority of the participating riders,” said the local attorney, who for the past 11 years has represented individuals and families of individuals stricken with cancers caused by asbestos. “Last year’s DGR saw almost 1,200 participants, but only 15 per cent of those riders actually raised money for charity.”

While brainstorming with the NYC DGR team, the idea of a custom Triumph build, to be ridden during the DGR and raffled off to a local NYC participant, was born, he said. Hodrinsky has partnered with Brian Ballard, of A & J Cycles in Hillburn, NY, on the build which will be based on one of Triumph’s modern classics, an air-cooled twin cylinder bike. 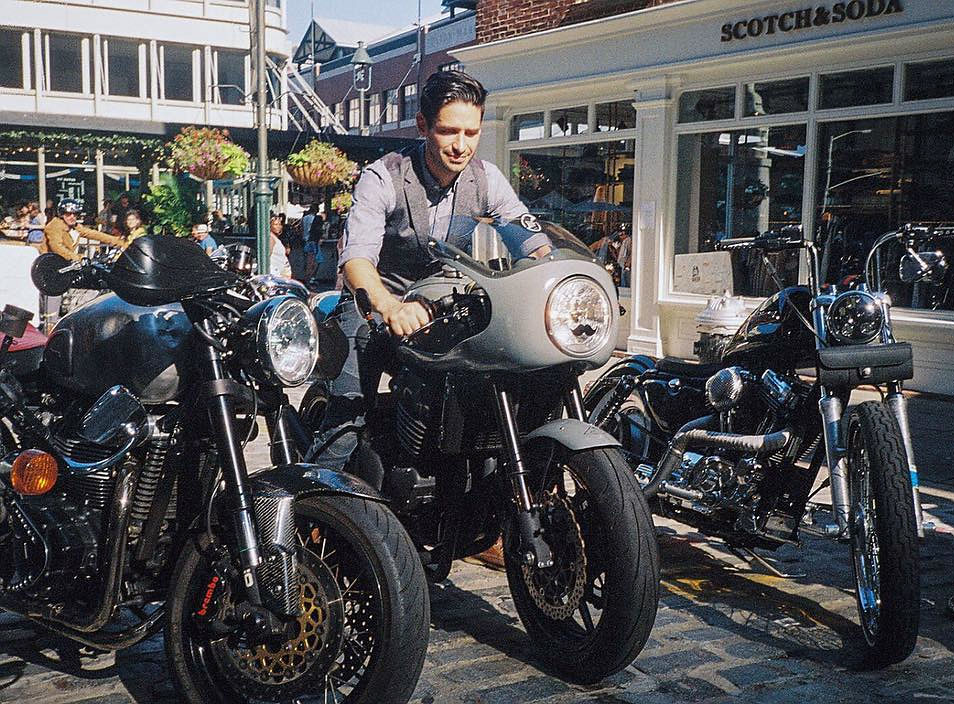 One of the issues that we kept hearing about was lack of fundraising efforts by the majority of the participating riders. Last year’s DGR saw almost 1,200 participants, but only 15 per cent of those riders actually raised money for charity.

"They’re an incredible canvas for customization … there are a million custom Bonnevilles, Scramblers, and Thruxtons out there,” he said. “So, in an effort to do something fresh, we are starting off with a 2007 Triumph America. I don’t want to divulge too much about the finished product, but we will be utilizing parts from British Customs, Biltwell, Buchannan’s, and the work of local painters and upholsterers. It’s going to be a chopped, fast, loud ripper as well as quite a looker with a classic, late ‘60s drag vibe.” 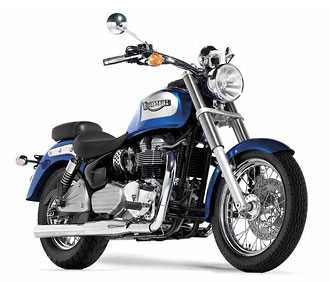 The pair hope to have the build completed by early September. Details on how the bike will be given away as part of the DGR are still in the works.

“Trust me, it’s going to be awesome.”

Hodrinsky’s interest in bikes started quite early — he remembers growing up and riding friend’s dirt bikes. But he didn’t buy his first motorcycle until age 23: a 2003 Kawasaki Ninja 636.

That moto enthusiasm further extended to helping with the formation of a local moto collective — the Motofellas, and providing DIY moto classes through a local shop, Motorgrrl Garage in Williamsburg, Brooklyn.

“With one of the greatest member participation rates, MotoFellas is a true collective with members regularly helping each other in all aspects of life, moto related and otherwise,” Hodrinsky said. “There are no dues and no membership requirements except a willingness to help other ‘Fellas when you can. I’m proud to count myself as one of the original few and try my best every day to help promote the ideal of MotoFellas improving our moto community.”

The group started in spring 2015 as an iMessage group chat between friends and now boasts a rider tally of close to 80 members who regularly get together to “ride, wrench, and hang.”

Motofellas placed 22nd in the world in DGR fundraising last year with just under $11,500 collected.

This year, in addition to group fundraising efforts and a number of members riding, the Motofellas have pledged to help the NYC DGR team in organizational and logistical efforts. 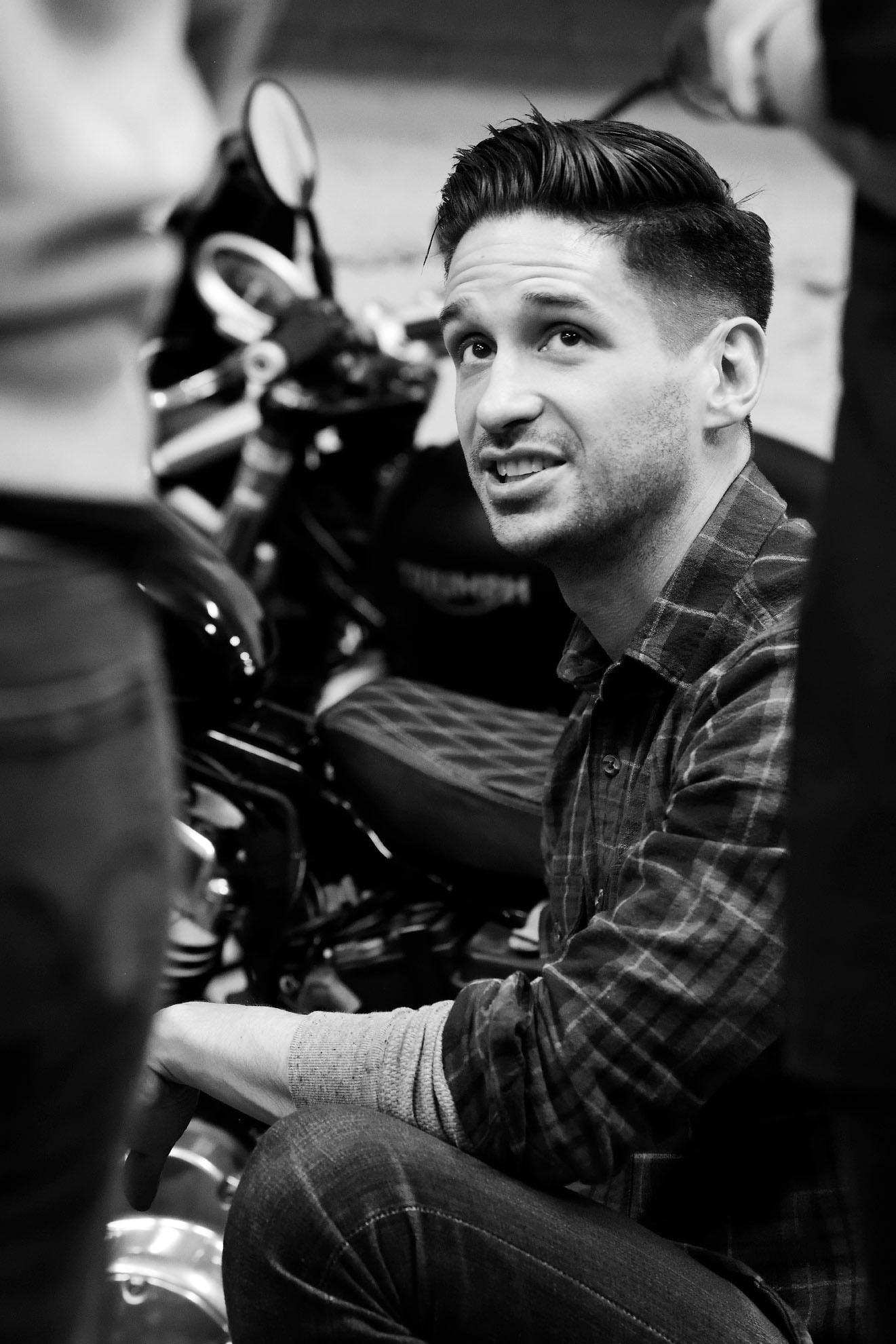 The reality is that motorcycling doesn’t have the greatest optics. Despite the fact that the majority of motorcyclists are law-abiding, respectful citizens, public-perception is that they are outlaws. Events like the DGR are not only helping raise awareness and funds to effect change in the physical and mental health of fathers, sons, and brothers, but they are also helping to positively change the public perception of the many men and women who enjoy riding motorcycles.

As to educating riders in his spare time, Hodrinsky says growing up with two teachers as parents he developed a “natural affinity” for sharing what he’s learned about the care and handling of motorcycles, as well as his passion for the experience of the ride, with others.”

“The primary objective of the Intro to Motorcycle Maintenance class is to promote safe motorcycling by educating riders and arming them with the skills to spot issues before major problems arise, keeping themselves and others on the road safer. It is extremely gratifying to witness each student’s progress. In fact, many students have continued to stay in touch with me after the classes, and I now count several of my former students as close friends.”

The Distinguished Gentleman’s Ride — scheduled this year for Sept. 30 — is itself a massive opportunity for public awareness and motorcycling education, Hodrinsky says. The ride sees gentlemen and ladyfolk donning their finest, dapper dress and firing up their classic motorcycles for a parade-like ride through the city.

“The reality is that motorcycling doesn’t have the greatest optics. Despite the fact that the majority of motorcyclists are law-abiding, respectful citizens, public-perception is that they are outlaws. Events like the DGR are not only helping raise awareness and funds to effect change in the physical and mental health of fathers, sons, and brothers, but they are also helping to positively change the public perception of the many men and women who enjoy riding motorcycles.”

Hodrinsky has some lofty goals for this year’s ride, not the least of which is to beat his personal fundraising tally from 2017.

The yet-to-be-named bike build should hopefully help to bolster the NYC DGR’s 2018 ambitions of $250,000 raised. Look for photos of the project in progress on NYC Motorcyclist, as well as a gallery of the completed bike in September.

Participants can register for the DGR at: gentlemansride.com. For more on Motofellas, visit them online at: motofellasnyc.com. You can follow Hodrinsky on Instagram at: @jhodro & @whiskymotoco. And A & J Cycles can be found at ajcyclesny.com, and on Instagram at @aandjcycles.

The Distinguished Gentleman’s Ride brings together more than 100,000 well dressed gentlefolk in 600+ cities on stunning motorcycles for men's health across 95 countries. The NYC goal for 2018 is to raise awareness and $250K for prostate cancer and men’s mental health on behalf of charity partner the Movember Foundation. All participating riders must be registered on The Distinguished Gentleman's Ride website to unlock local 'ride details', and to be in the running for amazing prizes and rewards for your fundraising efforts. Register now to create your fundraising profile at gentlemansride.com