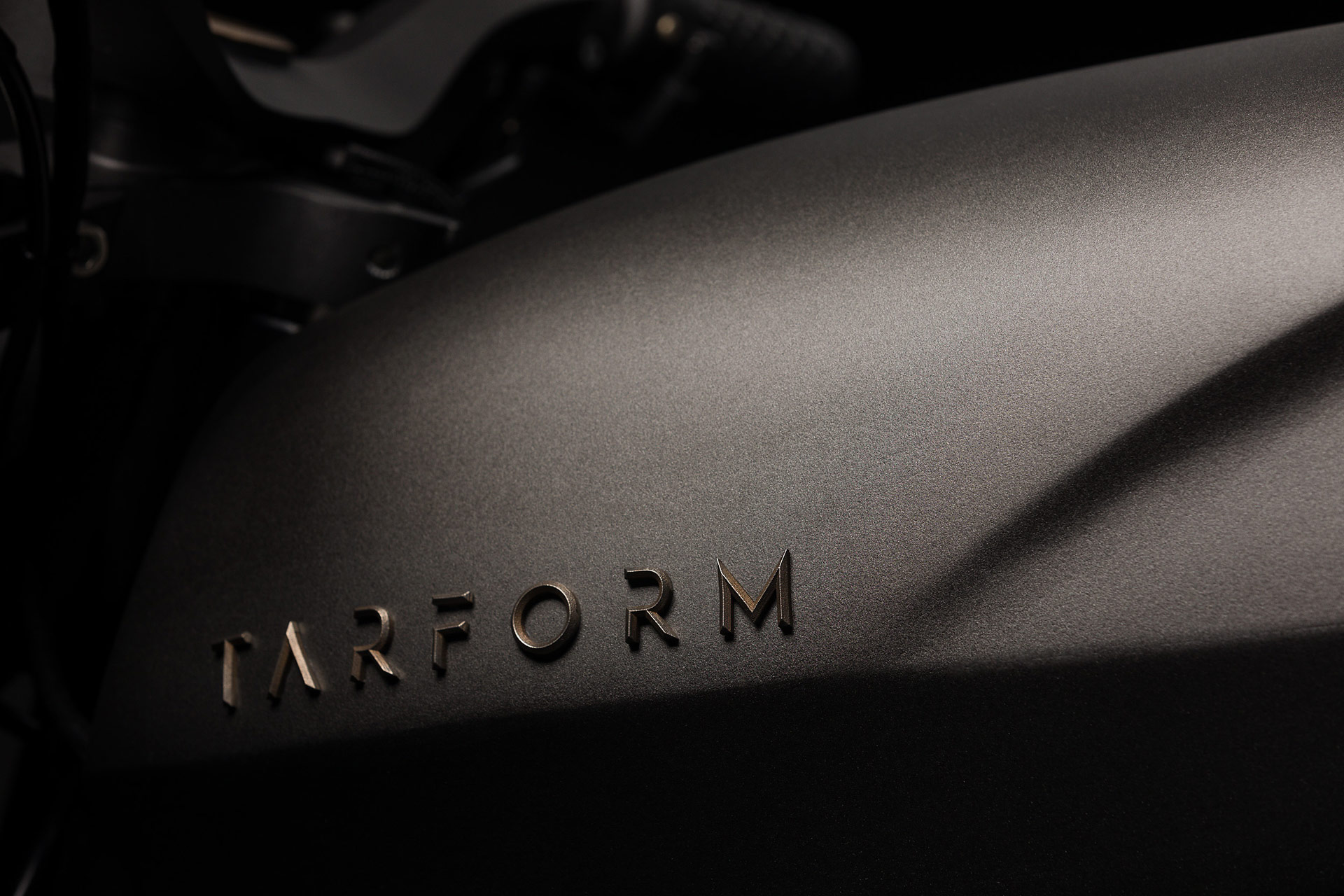 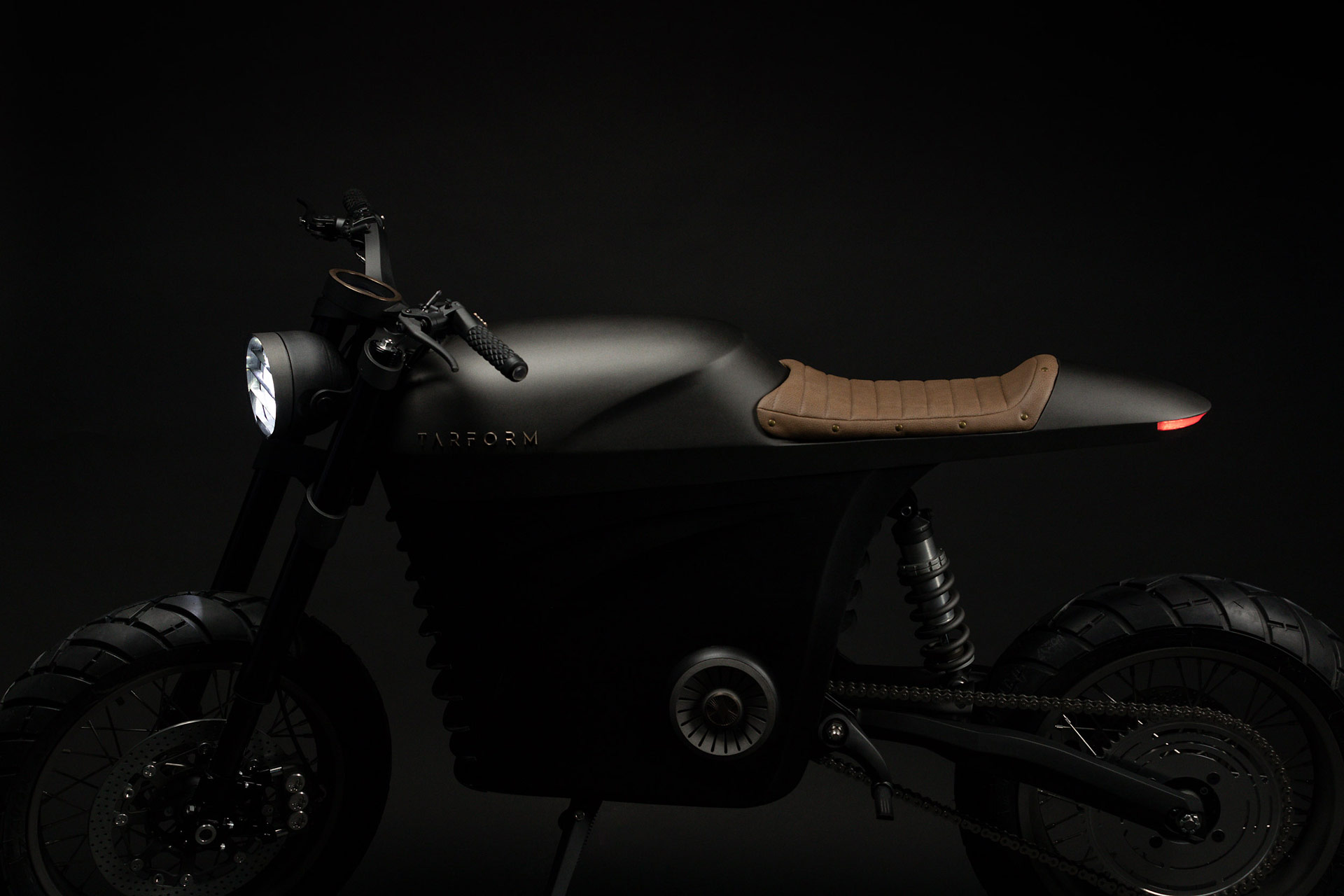 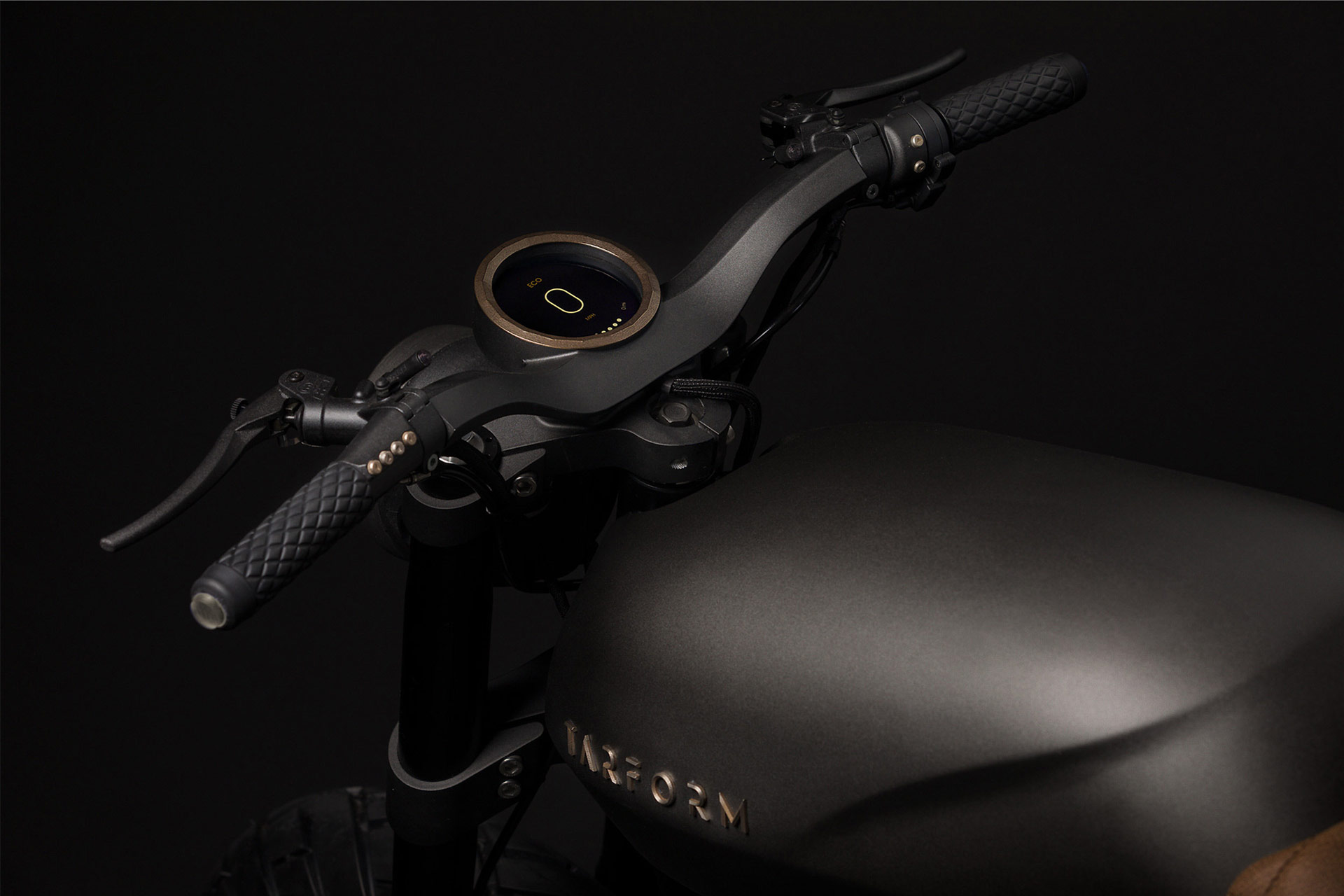 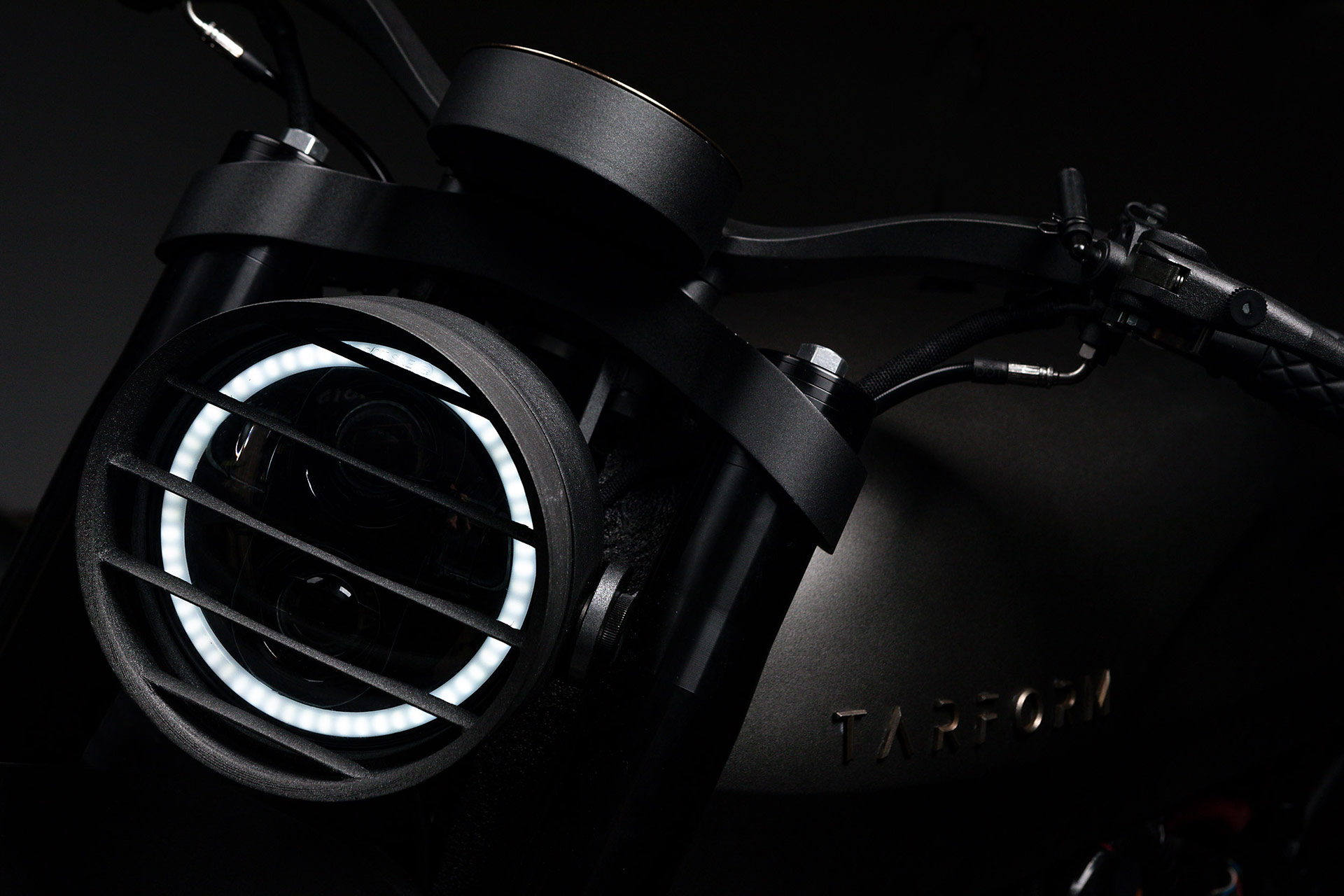 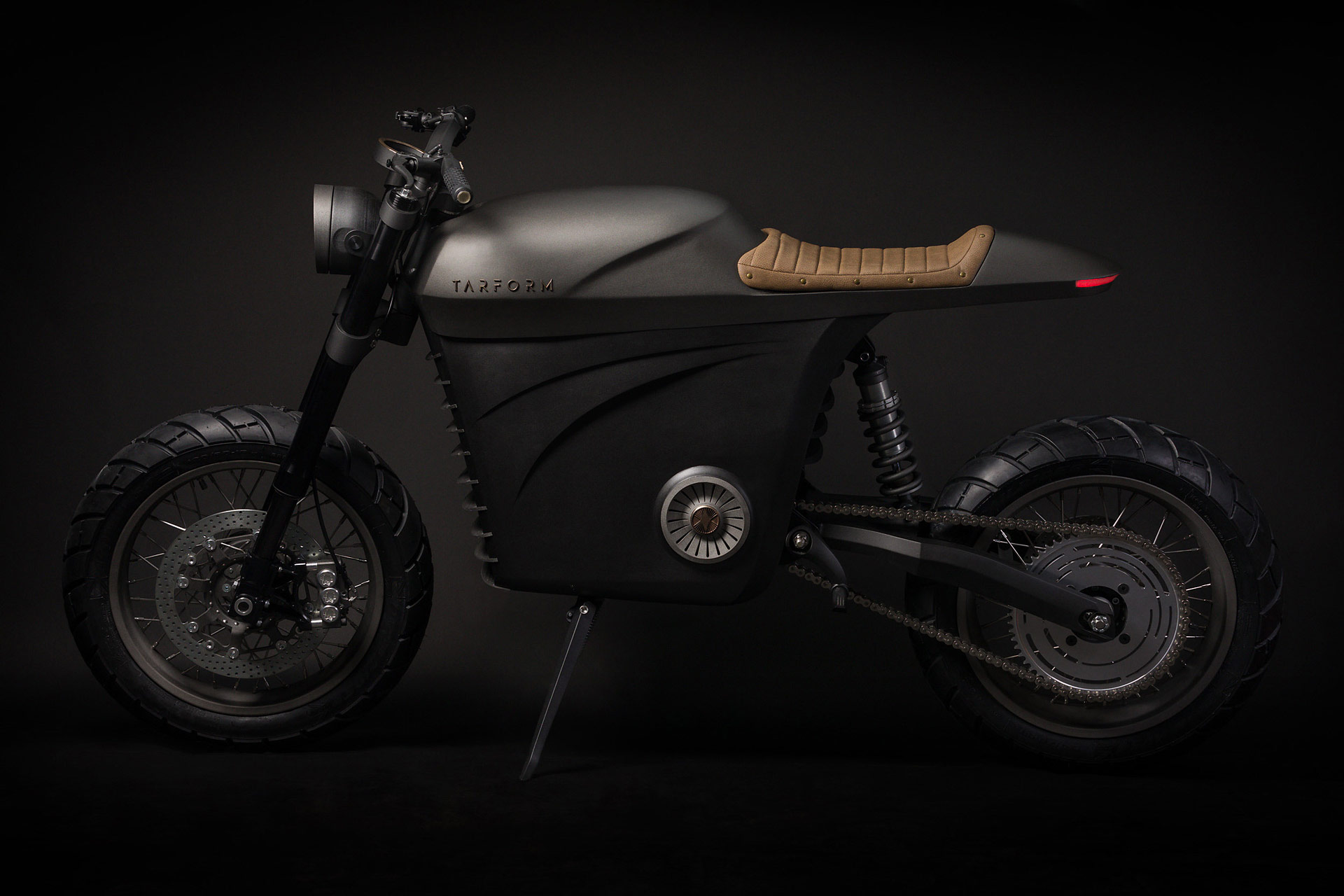 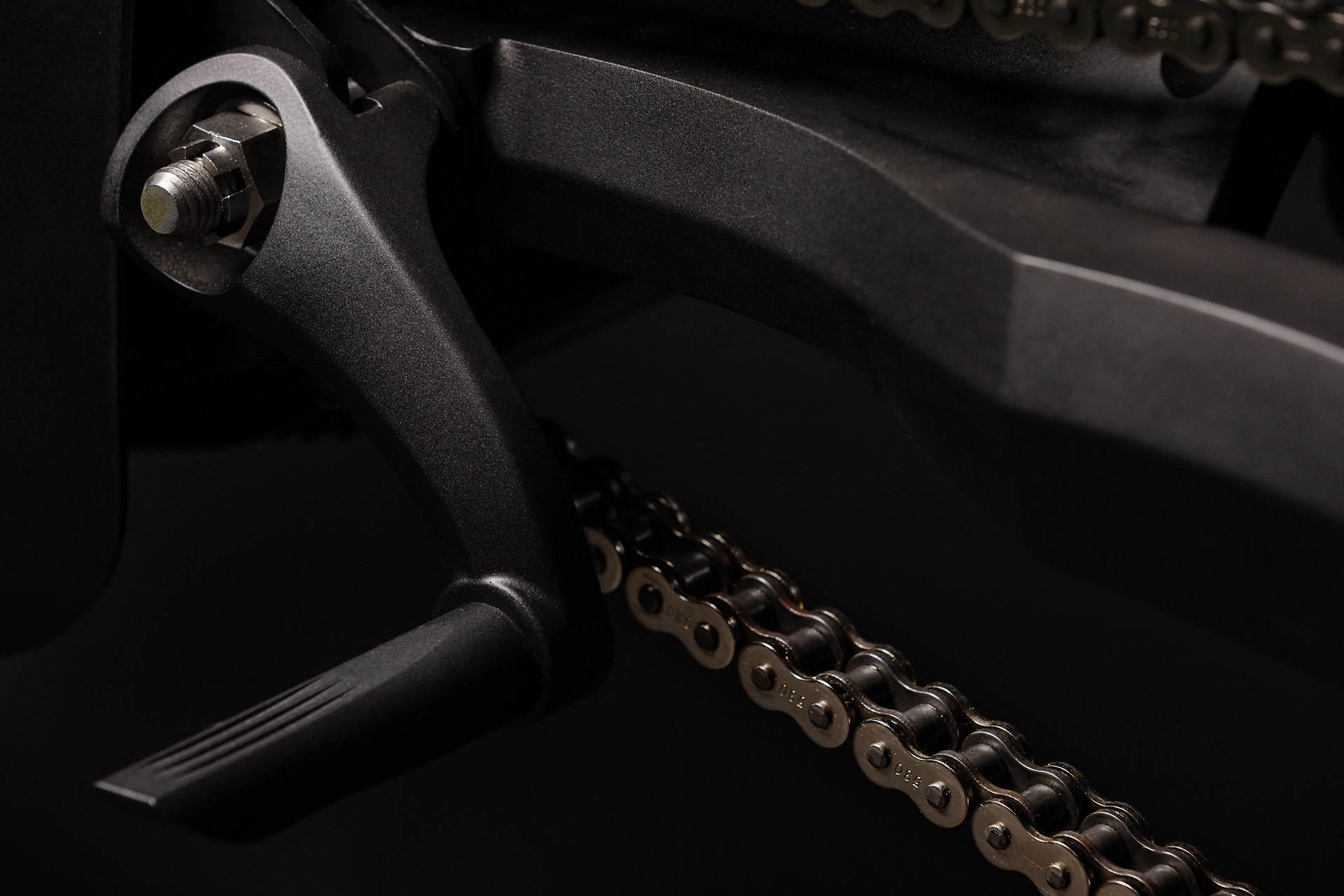 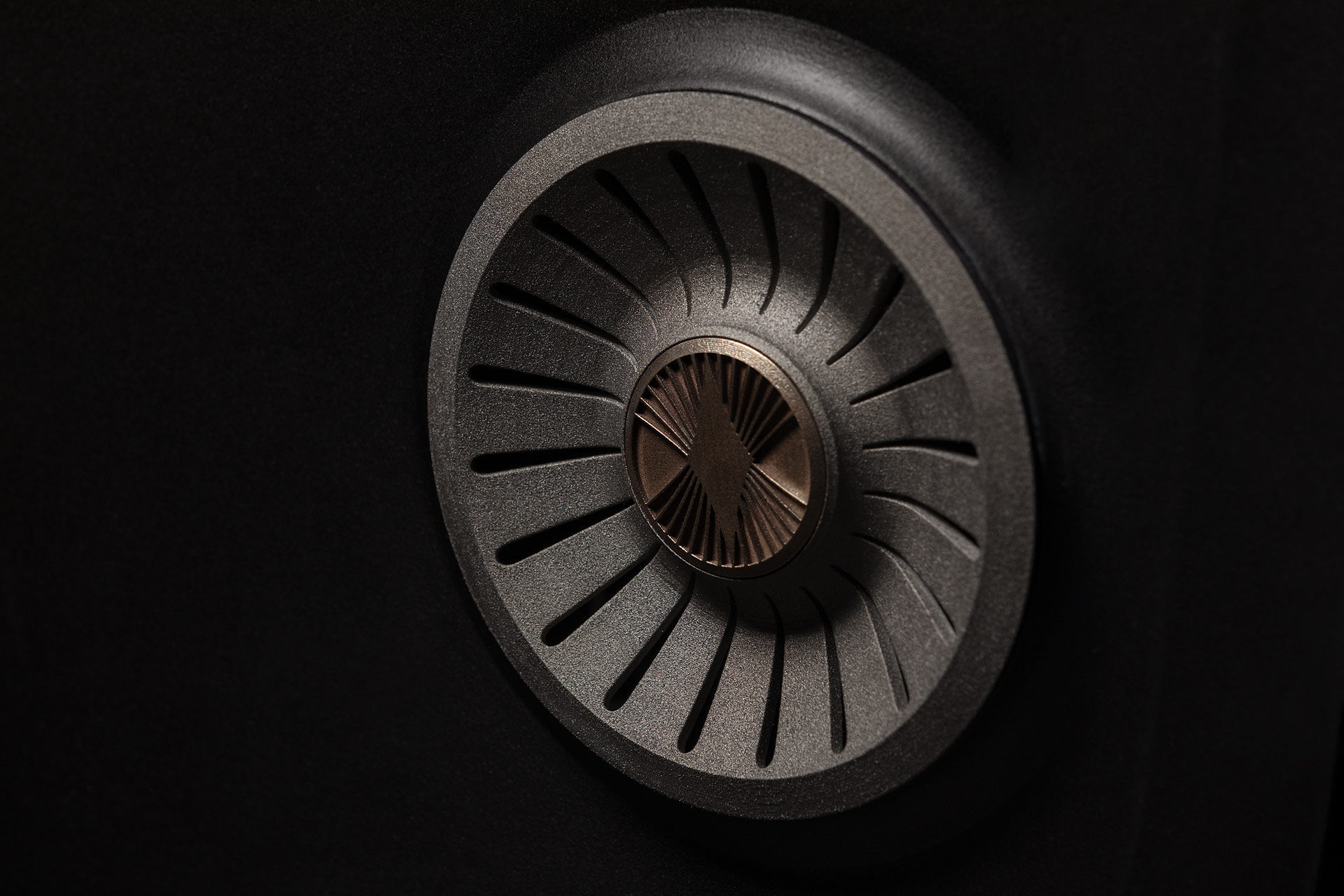 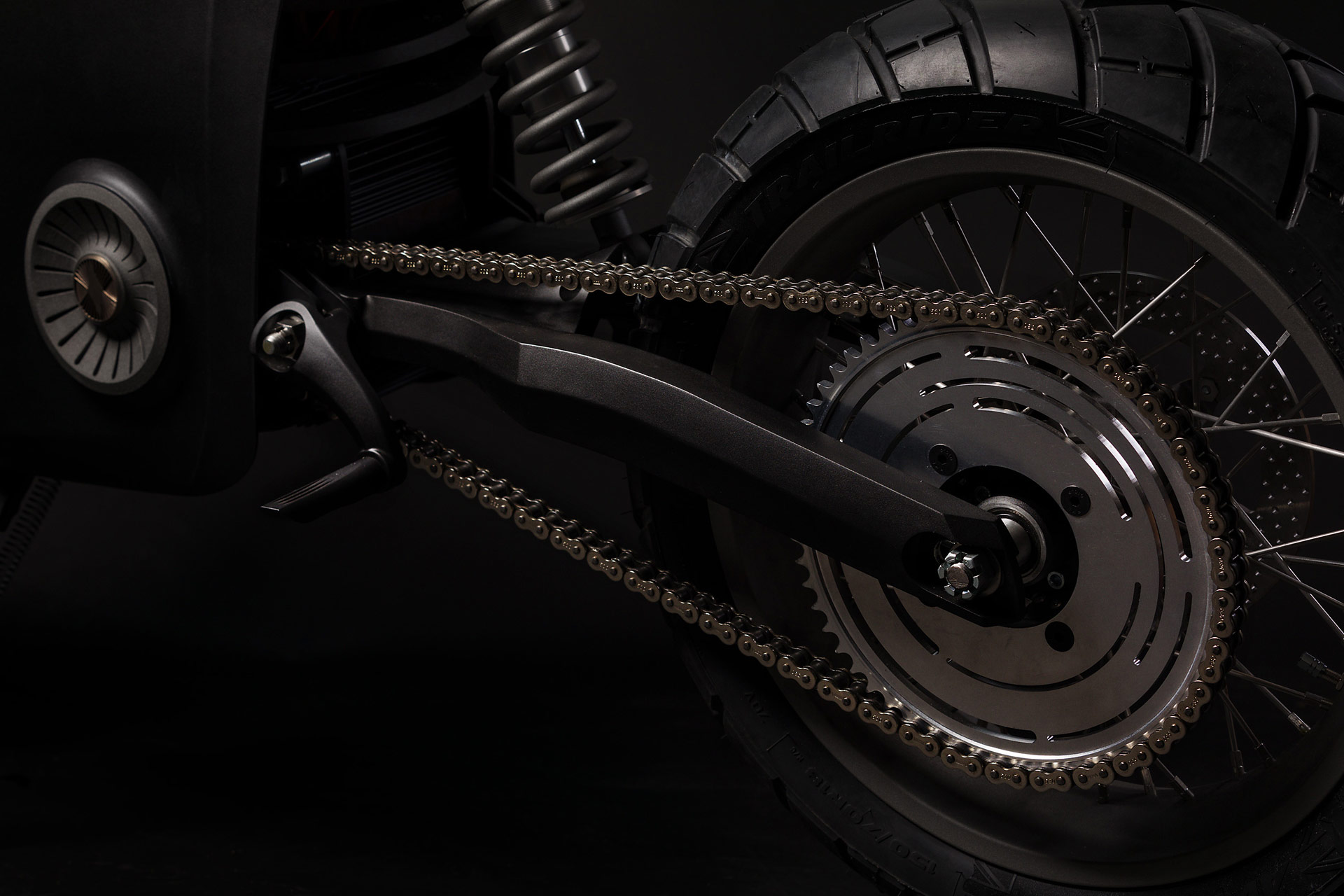 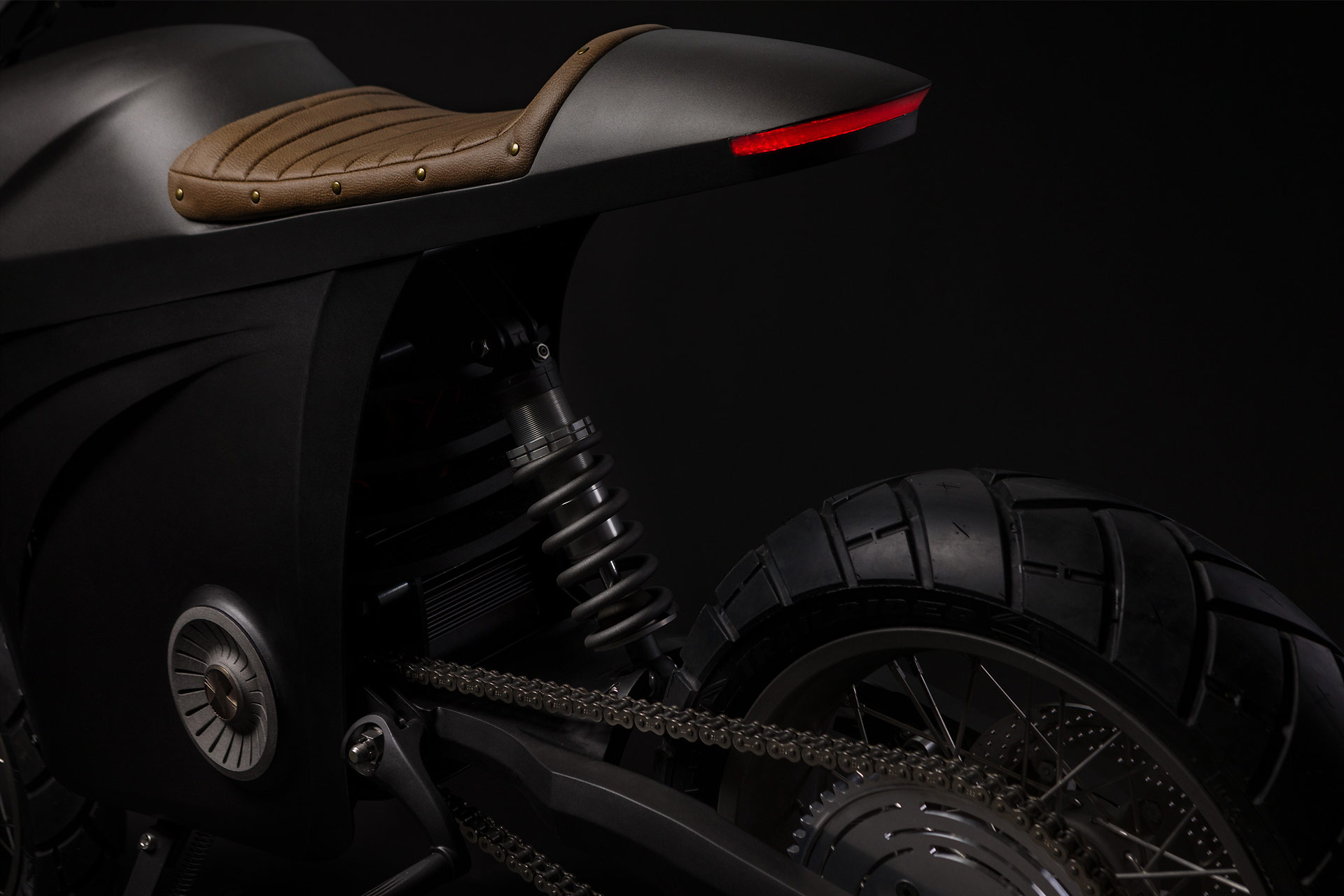 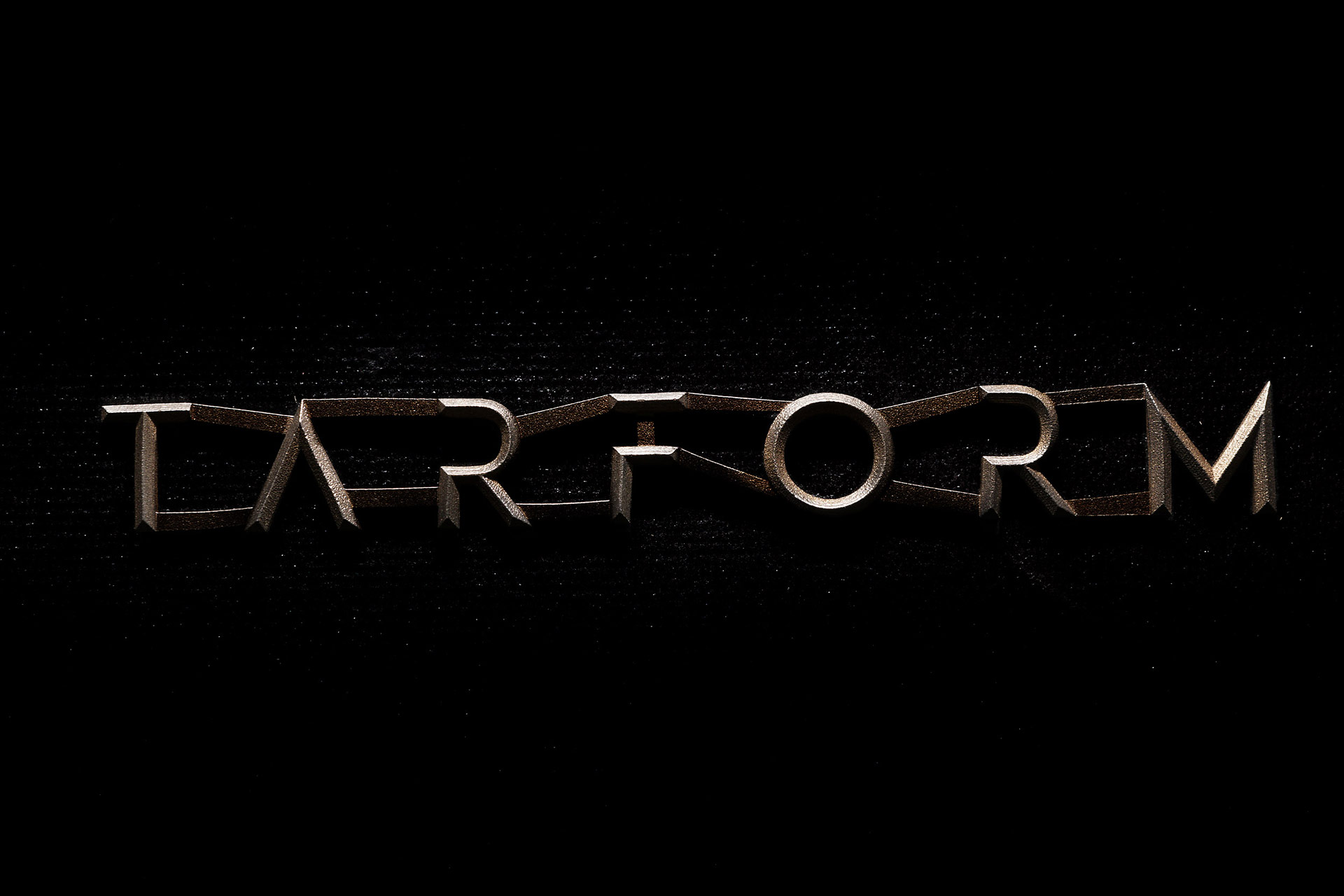 (It’s) an electric vehicle that embodies the spirit of craftsmanship, advanced manufacturing and clean technology. The integration of artificial intelligence and computer vision enables us to create a machine that’s aware of its surroundings and warns the rider of any potential danger.

More innovation on the electric motorcycle front is coming out of Brooklyn, with Swedish start-up Tarform announcing a new torquey, 700-cc single-cylinder-equivalent entry into the market last night at a New Lab innovation center launch event in the Brooklyn Navy Yard.

The brainchild of CEO and co-founder Taras Kravtchouk, who locals may know from the artist studio space Craftsman Ave in Gowanus, Tarform was spawned out of “a clear consumer interest in electric vehicles and the rise of modern vintage motorcycles.”

The trick was to make Tarform's latest non-petrol motorcycle look inspiring enough for riders to make that transition from a combustion engine to an electric-powered two wheeler, Kravtchouk says.

The new, fully electric, zero emission premium motorcycle – currently taking the form of cafe racer and scrambler prototypes – is in fact a marriage of new and old, combining modern, cutting-edge tech with the aesthetics of vintage design … a bike for the 21st century, if you will, using sustainable materials and smart connectivity.

“We looked to revive the classic form and unite it with modern-day technology to create a new riding experience,” says Kravtchouk, a designer and tech entrepreneur with long-standing experience in industrial design. “(It’s) an electric vehicle that embodies the spirit of craftsmanship, advanced manufacturing and clean technology. The integration of artificial intelligence and computer vision enables us to create a machine that’s aware of its surroundings and warns the rider of any potential danger.” 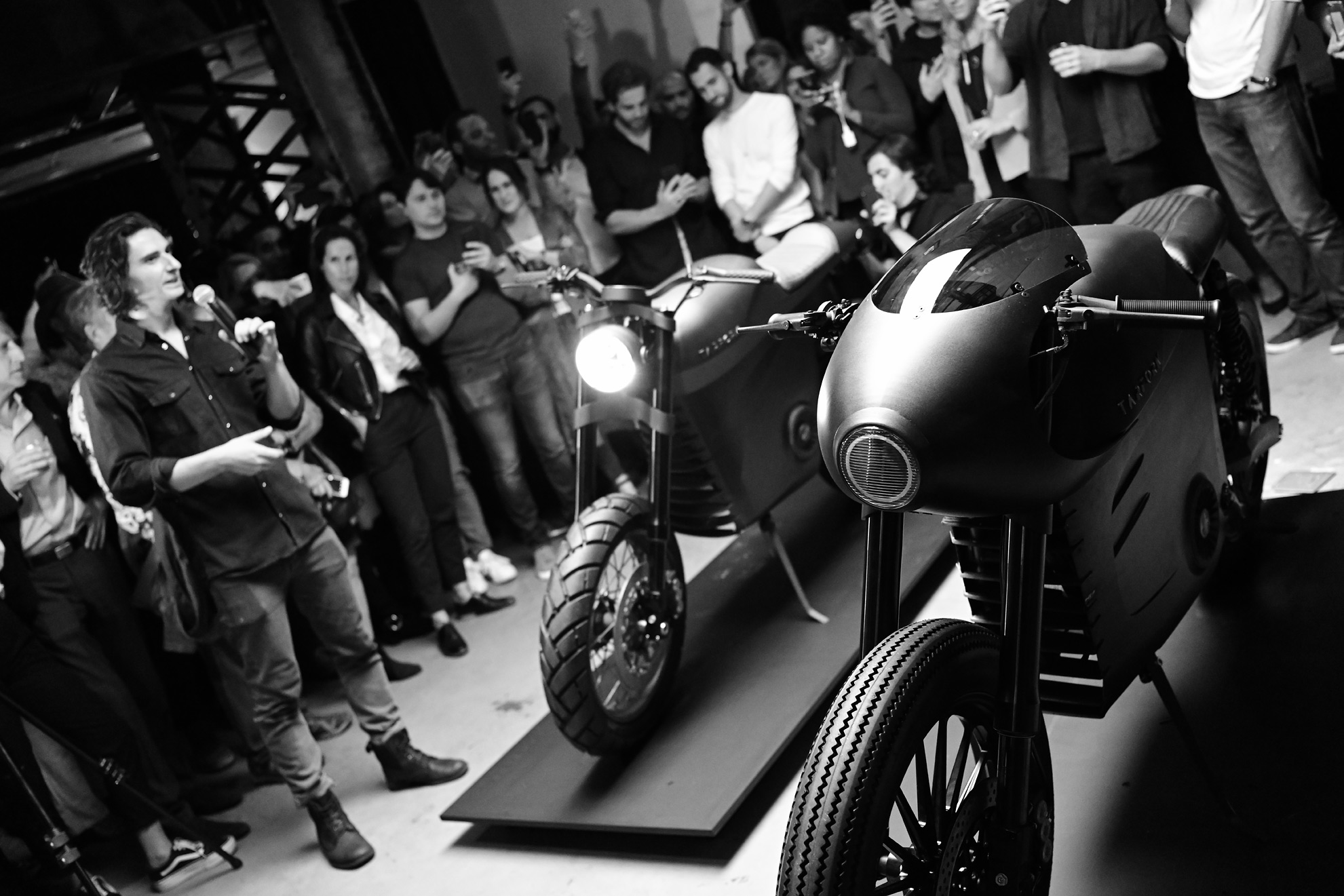 We look to revive the classic form and unite it with modern-day technology to create a new riding experience.

To that end, Tarform’s digitally integrated smart system will optimize the riding experience by monitoring the health of the vehicle; If any maintenance issues are detected the rider gets an alert via a smartphone app, which if needed, can even reserve a service appointment for the bike.

Tarform motorcycles will also be built on a modular platform, allowing for a range of personal customizations, and part upgrades as tech improves over time – newer battery packs for increased range for instance.

“As a result, the motorcycle will have a longer lifetime and less wasted parts,” Kravtchouk says. “(And) By using additive manufacturing Tarform’s goal is to minimize waste and fabricate parts with new biomaterials, taking a step closer towards (the goal) of a sustainable vehicle.”

Examples of this sustainable philosophy can be seen in such things as the brake levers, which traditionally would be chiseled from a block of aluminum, with the scrap being sold as waste. Additive manufacturing – 3D printing – simply builds up layers until the part shape is complete ... there is no waste, Kravtchouk says. It is also evident in the materials used for the cafe racer's body fairing, which instead of carbon fibre, uses flax fibre. Compared to carbon fibres, flax materials are renewable, lower in cost to produce, are CO2 neutral and have excellent vibration damping properties.

With the company's Swedish roots, the Tarform build did rely on the Euro-country's tech and existing motorcycle parts industry. Ohlins grace the front and rear suspension of the bike, ISR manufactured custom brakes and wheel hubs, and Germany's EOS provided additive manufacturing support. A few parts were made locally at New Lab, including a resin, 3-D printed, rear brake light lens cover.

Other locals involved in the project include Keino Sasaki, who fabricated the physical forms for the bodywork using a wireframe, Via Meccanica's Corinna Mantlo – who created custom saddles for the prototypes, and photographer Ryan Handt, who in addition to product photography has been involved in marketing, pr, and R & D as the company's media manager. The Tarform team taps out at five people, with mechanical engineer William Davis, COO JC Jung and electrical engineer Jesse T. Gonzales in the mix.

Kravtchouk says he sees the new bike fitting into the city commuting routine, marketed to West Coast city customers in Los Angeles and San Francisco, where electric tech is well accepted. As to New York, he hopes the new bike will be equally successful.

Tarform, which is based in both Brooklyn, NY and Stockholm, Sweden, will be accepting pre-orders for the new electric motorcycle on their website tarform.com, with production starting in late 2019, though a limited run of custom collector edition motorcycles will also be available for order, with delivery expected in early 2019. Price is anticipated to be in the $18K range, though once the first model launches, plans are also in the works for a $12K mid-range model. The current model has a range of about 100 miles per charge.

For more information on Tarform, visit the official website at tarform.com or their social media at: . 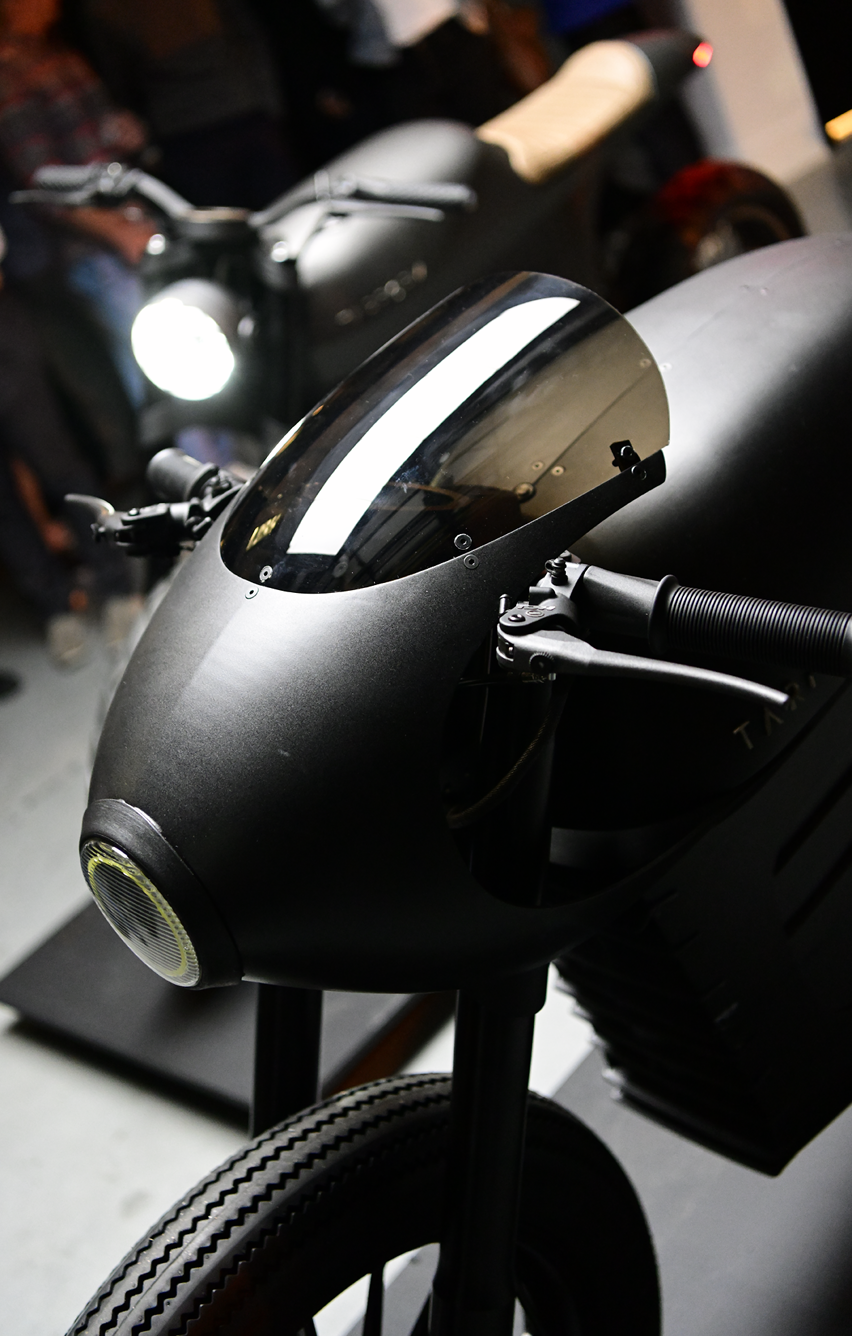 
A new breed of intelligent machines that respect nature ... Summer 2020, the first founder edition of the Tarform electric motorcycle will be unveiled. Only 54 custom machines will be handbuilt in Brooklyn.