ALMS: focusing on the needs of the everyday city rider 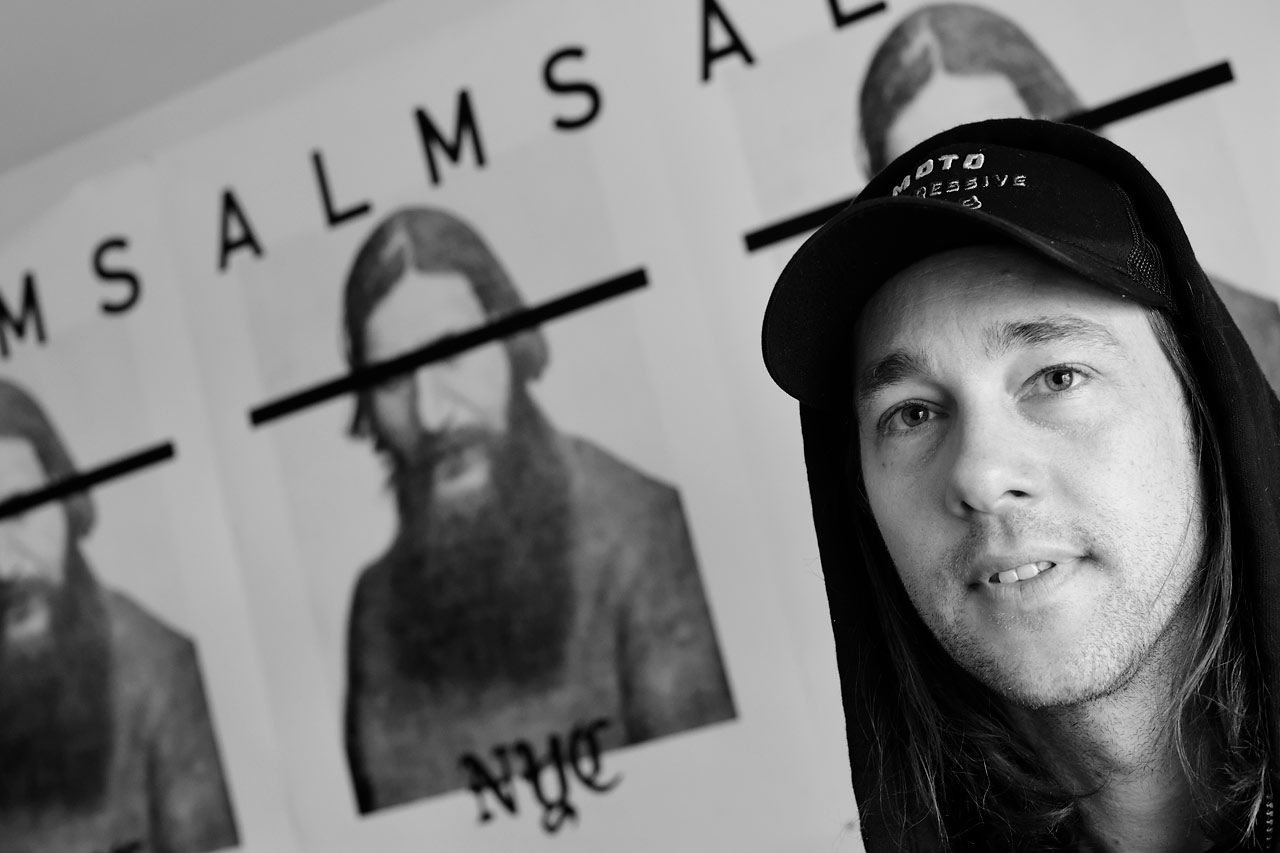 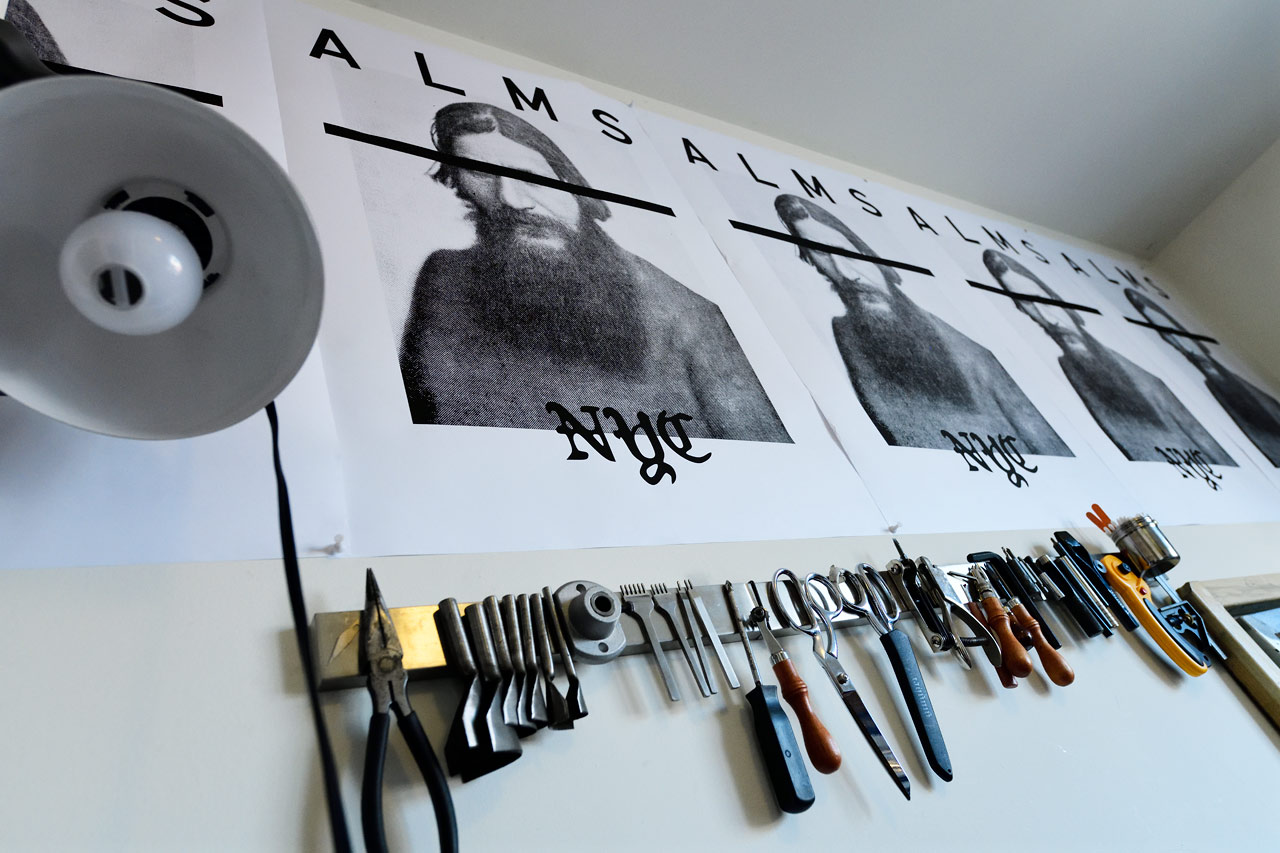 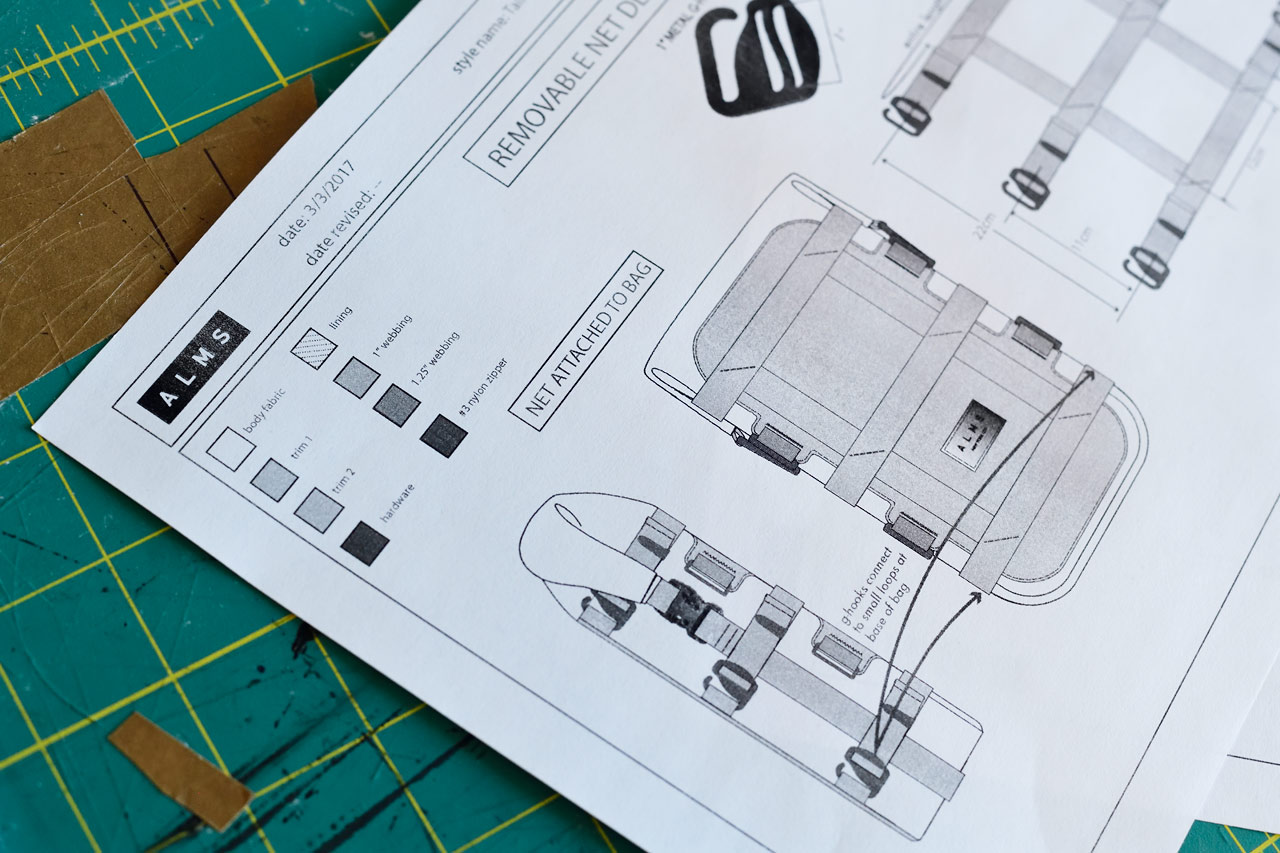 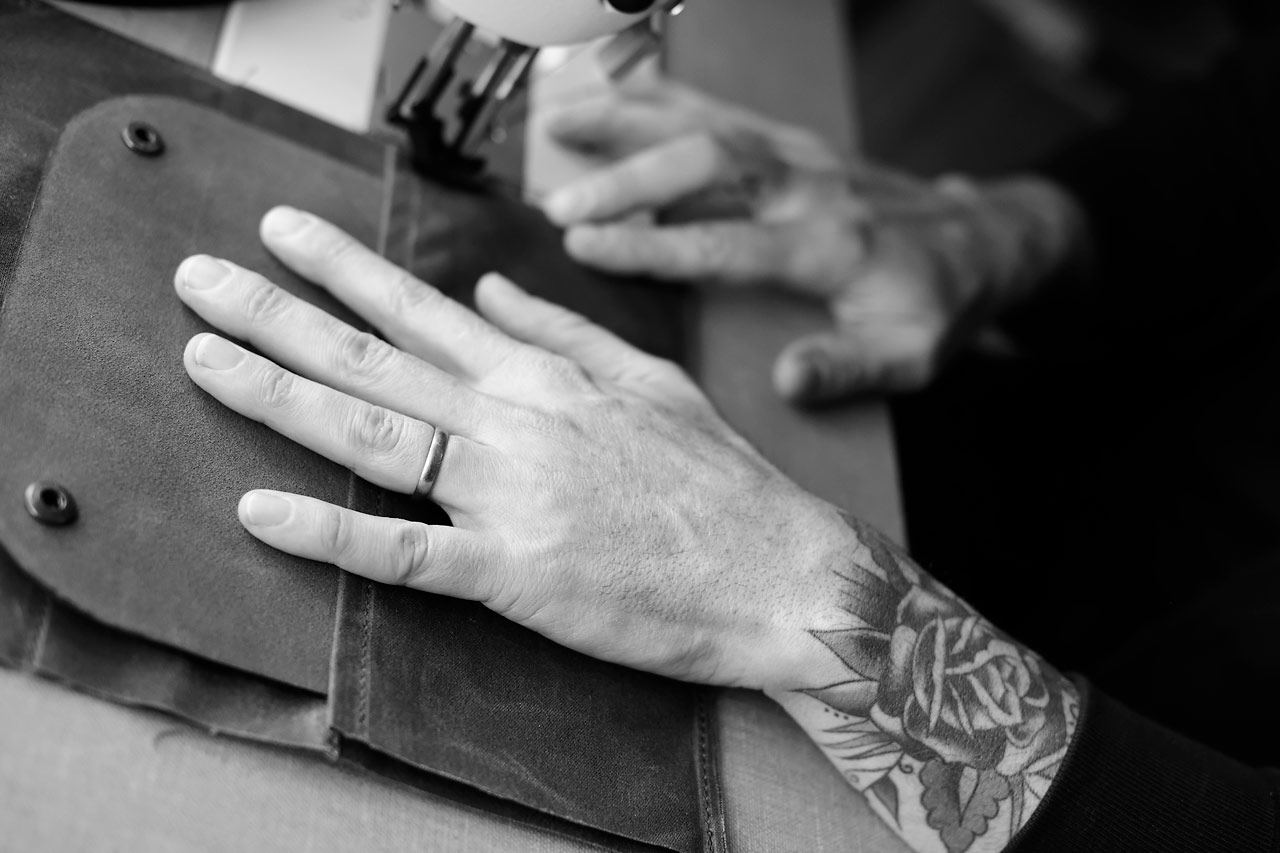 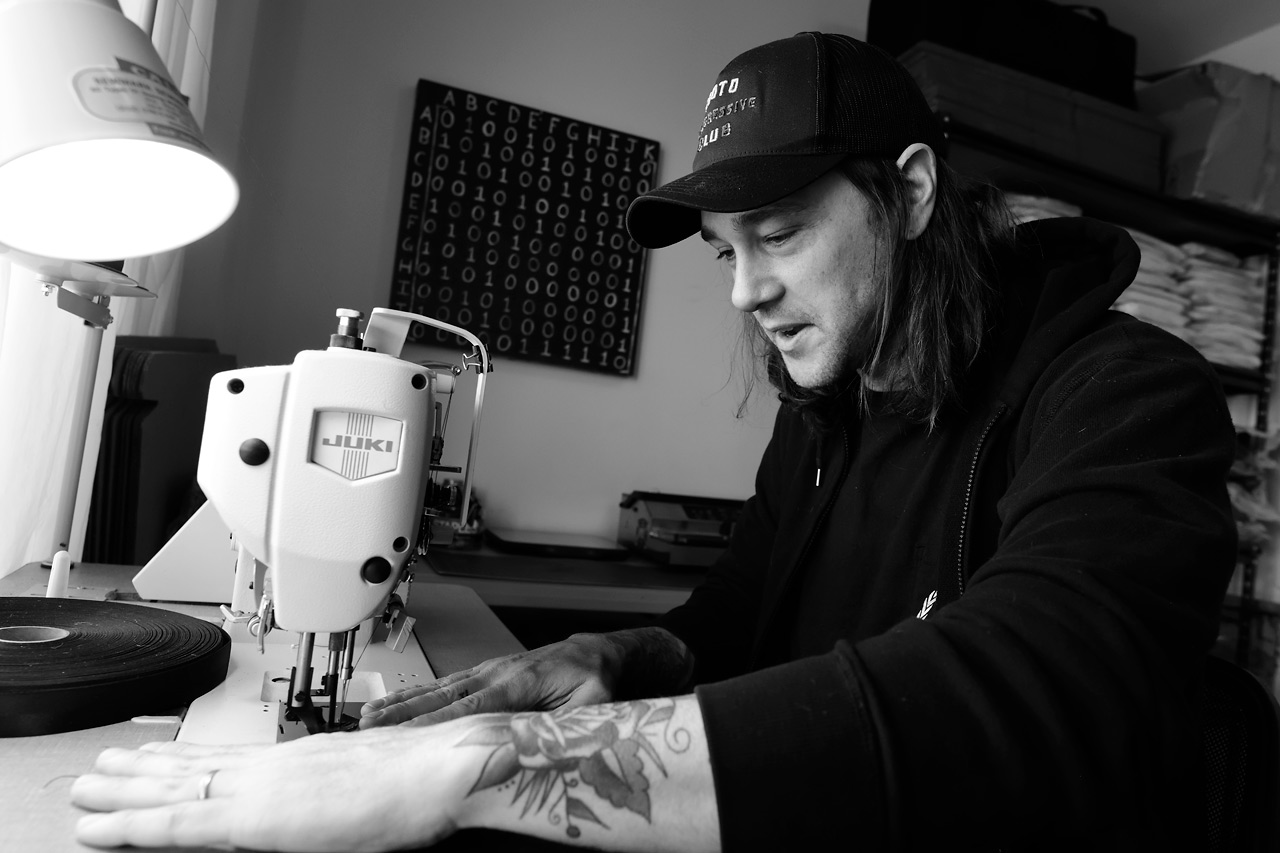 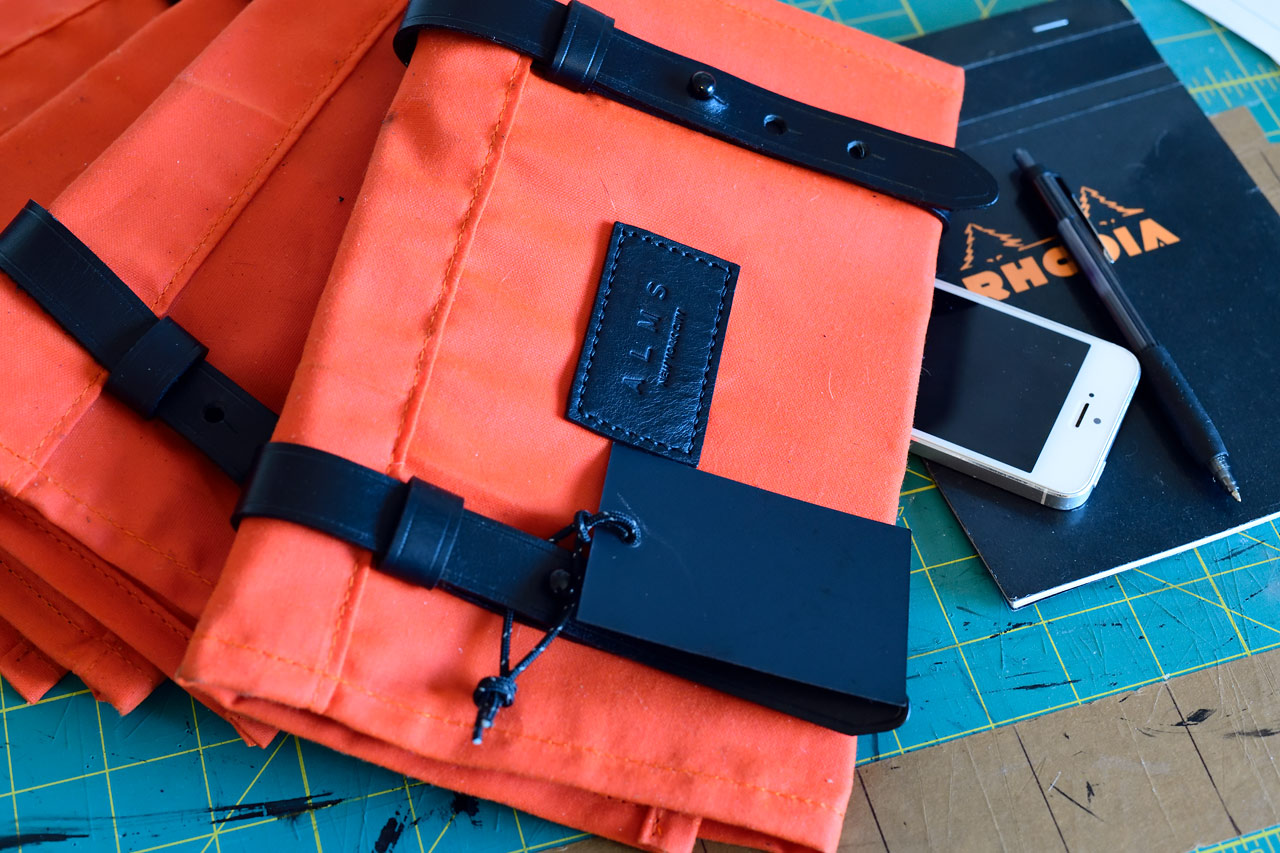 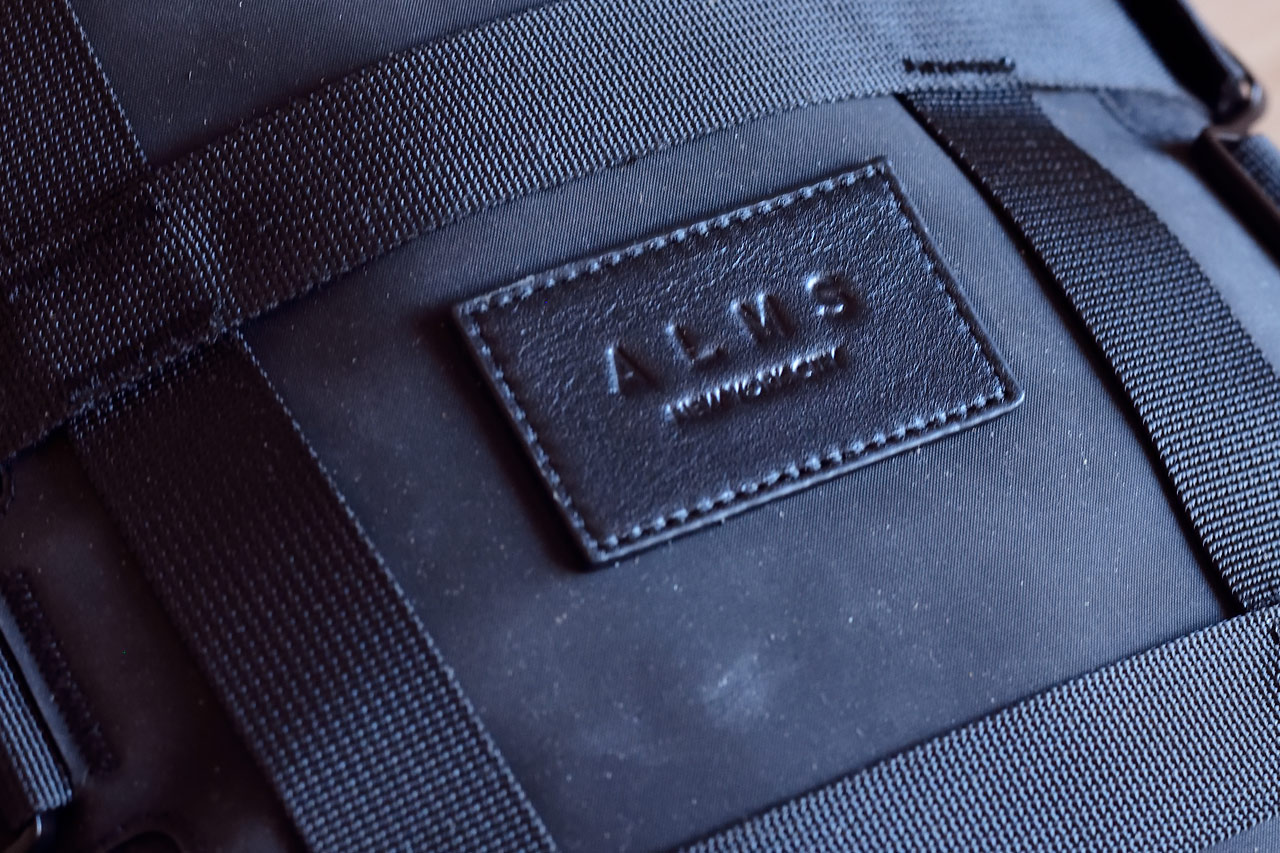 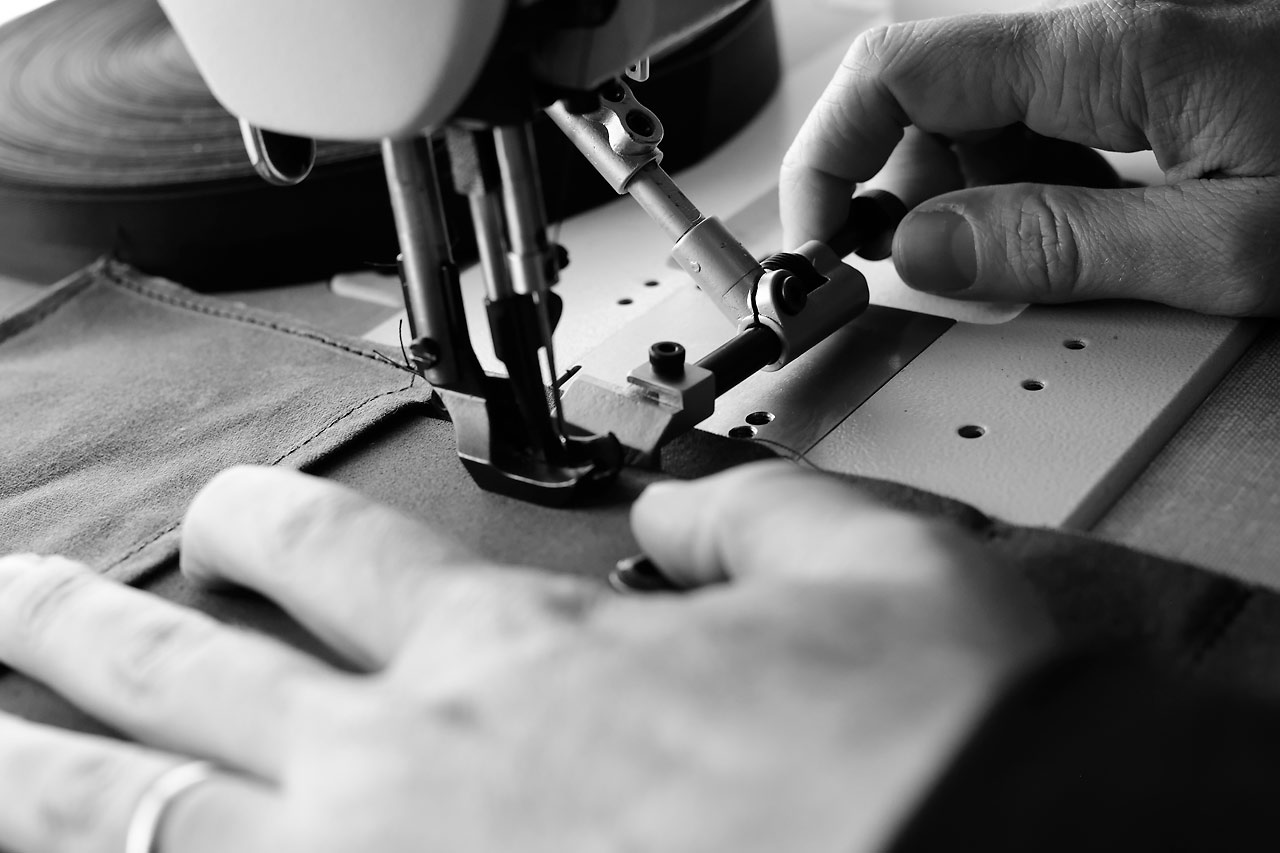 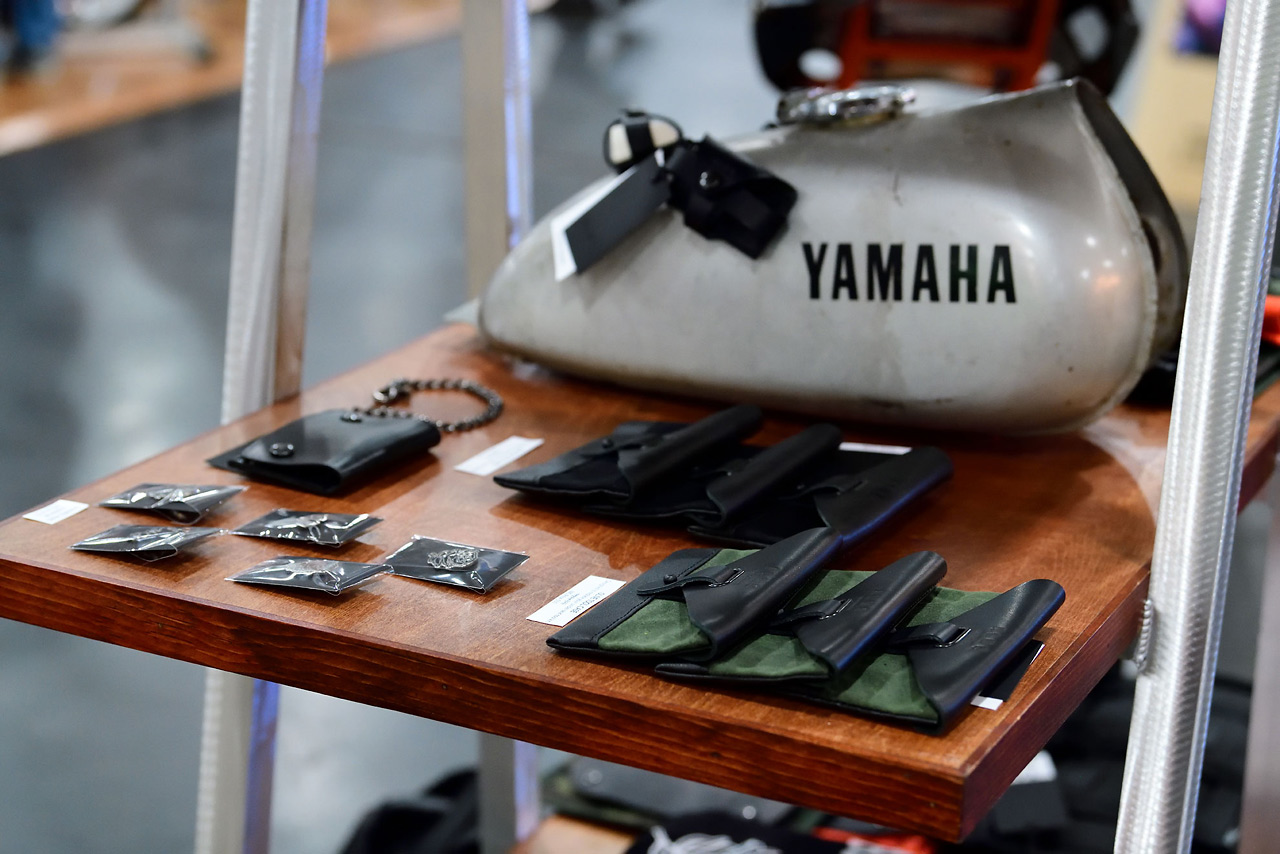 What would you give up to bring a product you truly believed in to market?

ALMS co-owners Shaun and Jessica Lee went to the extreme of selling two treasured rides – a '93 Honda CBR900RR and a '97 Suzuki GSF600 Bandit – to develop a waterproof bag sized specifically for the everyday moto commuter, a system that frees up riders who normally strap on a backpack for all their carrying needs.

But the couple’s Williamsburg apartment/work studio is also the inspirational home of a host of moto products including a magnetic E-ZPass holder, a tool roll and case, a moto wallet, a day pack, helmet and 5-pocket totes, and some pretty cool pins.

“My wife and I started ALMS a few years ago as a side-project,” Shaun Lee says, thankfully sitting indoors on a particularly cold NY winter afternoon. “We both worked in design fields full-time and needed an outlet where we be could be totally free of creative restraints. We are both obsessed with motorcycles, so we knew early on that we wanted to incorporate motorcycle features into our products.”

ALMS was born in 2015, a marriage of the couple’s combined 17 years of experience in fashion design and architecture, and their moto passion. The Lees collaborate on everything: sewing prototypes, building tech packs, sourcing materials, and communicating with manufacturers on how to make the perfect tail bag.

"The word ALMS is defined as giving something of value to someone else, and we sometimes use it as the acronym A Life of MotorcycleS," Lee says. 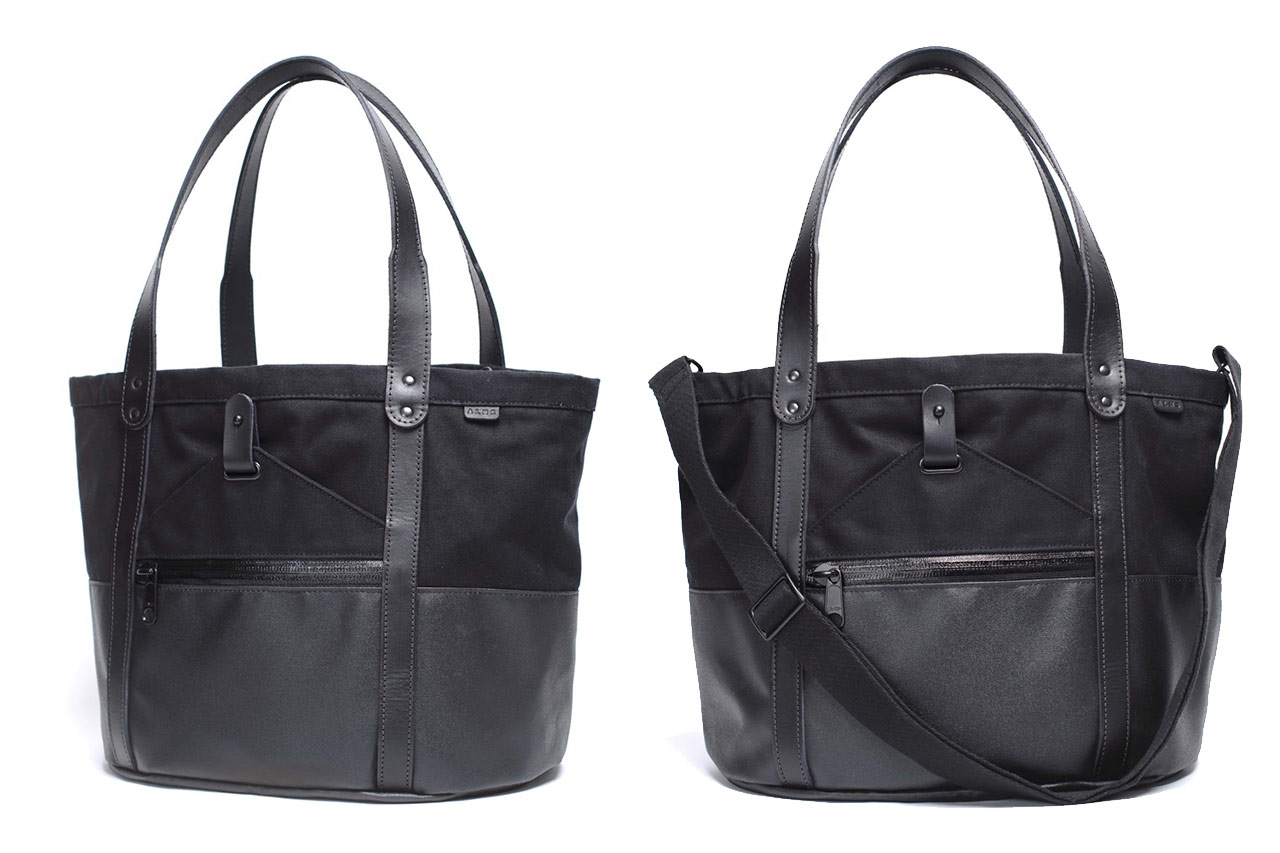 We are both obsessed with motorcycles, so we knew early on that we wanted to incorporate motorcycle features into our products.

Products are sold online through the ALMS webshop, in select stores, locally, and occasionally at New York-based events such as the recent International Motorcycle Show (IMS) at the Javits Center in December. The city’s commercial rental rates are too costly at present to justify a brick and mortar location.

“We currently work out of our home office; we converted our living room into a work space, and ALMS has pretty much taken over the rest of the house as well," Lee says. "I dream of the day we get a dedicated work space, and I can put a sofa in the living room again.”

One of company's first products was a helmet tote: a shoulder bag with an oblong base to keep helmets secure.

"We were doing a ton of traveling and hated taking the risk checking our helmets," Lee says. "This was a simple solution, and not so specific it couldn’t be used as an everyday bag as well. It actually just got a great review on Sideroist this past month.”

ALMS’s goal – to produce functional and innovative gear to carry on and off a bike – hit its stride with the new tail bag design, a process which took 13 months to conceive, and eight months for development, testing, samples, material acquisition, funding and final production.

“We designed the 12L Cargo Tail Bag as an answer to the lack of waterproof bags that are sized for the everyday commuter,” Lee says. “There are tons of oversized bags on the market, but in our opinion, very few of them fit the needs of city riders. We also wanted to make something that wasn’t overly complicated and covered in branding. We don’t think it’s a bad thing to include some aesthetics alongside the function. (But) we like to live in the subtleties.”

Some of the bags unique features include: 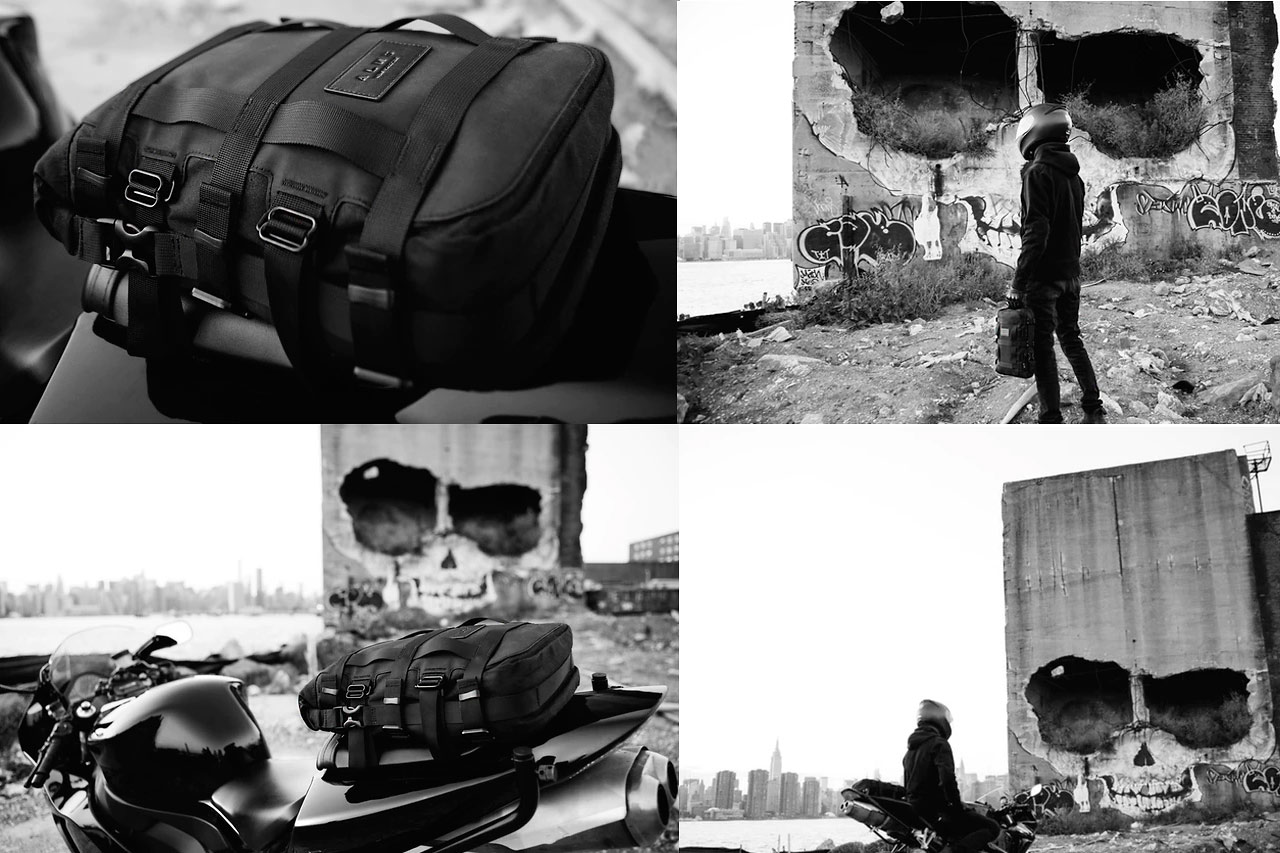 There are tons of oversized bags on the market, but in our opinion, very few of them fit the needs of city riders. We also wanted to make something that wasn’t overly complicated and covered in branding.

Even after selling two motorcycles to start the bag design process and fund the initial manufacturing deposit, Shaun says the company quickly realized they needed to crowdfund to complete the project.

“Many of the features we wanted to incorporate could only be done at a more technical factory than we were used to working with. Quantity requirements were high for these types of factories as well.

“(So) we looked to the community for support, and they came through in a big way. Not only were we able to get a project funded that we were extremely excited about, but we also received an incredible amount of useful feedback. We were able to meet a ton of people not only in our local community, but from the entire world of motorcycle riders.”

Regrets? Lee says the loss of a few months of quality riding was a sacrifice. But he’s already looking at new motorcycles for the coming season.

“I’m really not that picky – I don’t have a particular bike in mind. In fact, once I get scrolling down the endless hole that is Craigslist and CycleTrader, I usually come to the conclusion … I want all of them. My favorite motorcycles are the ones that run, and at the moment this is my only qualification. After years of riding vintage bikes on straight city lines, I have really been enjoying going upstate to the mountains and learning how to properly nail turns. I really want to get some track days in this year, so I guess you could say I’m leaning toward some sort of modern sport bike.”

“I have been fooling around on motorcycles my entire life, but didn’t ride as my sole means of transportation until I moved to NYC a decade ago.” 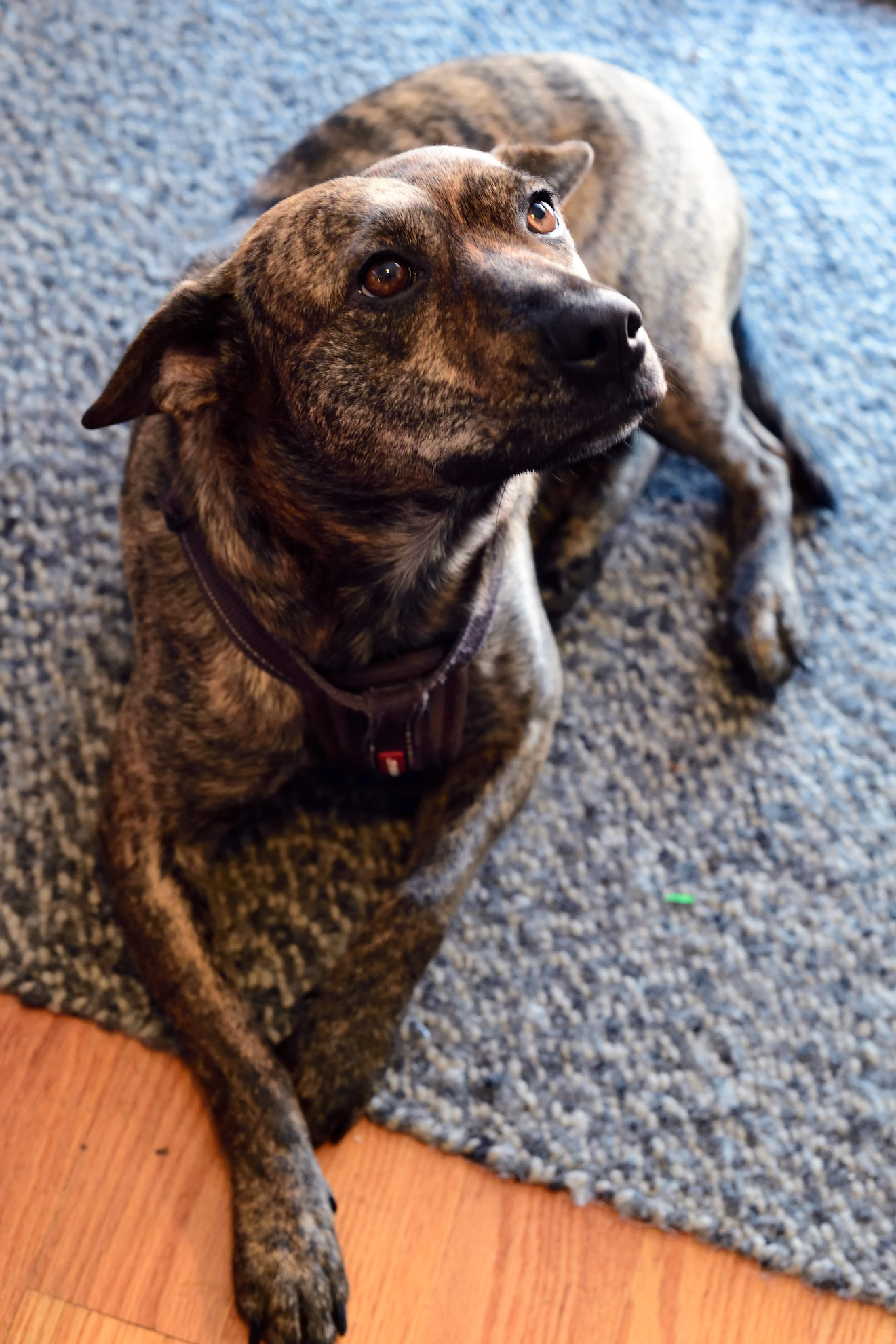 With ALMS, I’ve been trying to get out and meet more people, and it has been amazing. I feel like every week I meet a new group of riders.

He relocated from Baltimore, MD to play music, and ended up bartending for the first five years before going to design school at the Fashion Institute of Technology (FIT).

“I feel like the motorcycle scene (here) has really blown up over the past couple years. Honestly, I wasn’t very involved with the scene before ALMS. I’m pretty introverted; I work from home, normally only ride with a couple close friends, and keep my circle fairly small,” he says. “With ALMS, I’ve been trying to get out and meet more people, and it has been amazing. I feel like every week I meet a new group of riders.

“In New York, because the theft rate is so high, it’s pretty much impossible to keep your bike on the street. You end up in the unique position of having to get creative with parking. Everyone ends up breaking into groups, renting garage spaces, and developing their own small community. No matter which neighborhood you’re in, there is usually a spot you can stop by and talk shop. There are also tons of community garages – right in my neighborhood we have Brooklyn Moto, Roll Up Brooklyn, Dirty Billy, Motogrrl – that have events, workshops, and parties. Never a dull moment.”

That interaction with other local city riders has in fact inspired several ALMS mainstays.

“The ideas for most of our products have come directly from discussions with friends and customers. For instance, we had a ton of people talk about how there isn’t a good, non-permanent way to mount an E-Z Pass on a motorcycle. We started looking at all the different ways you could easily install/remove one ... and voila, the Magnetic E-ZPass was born.” 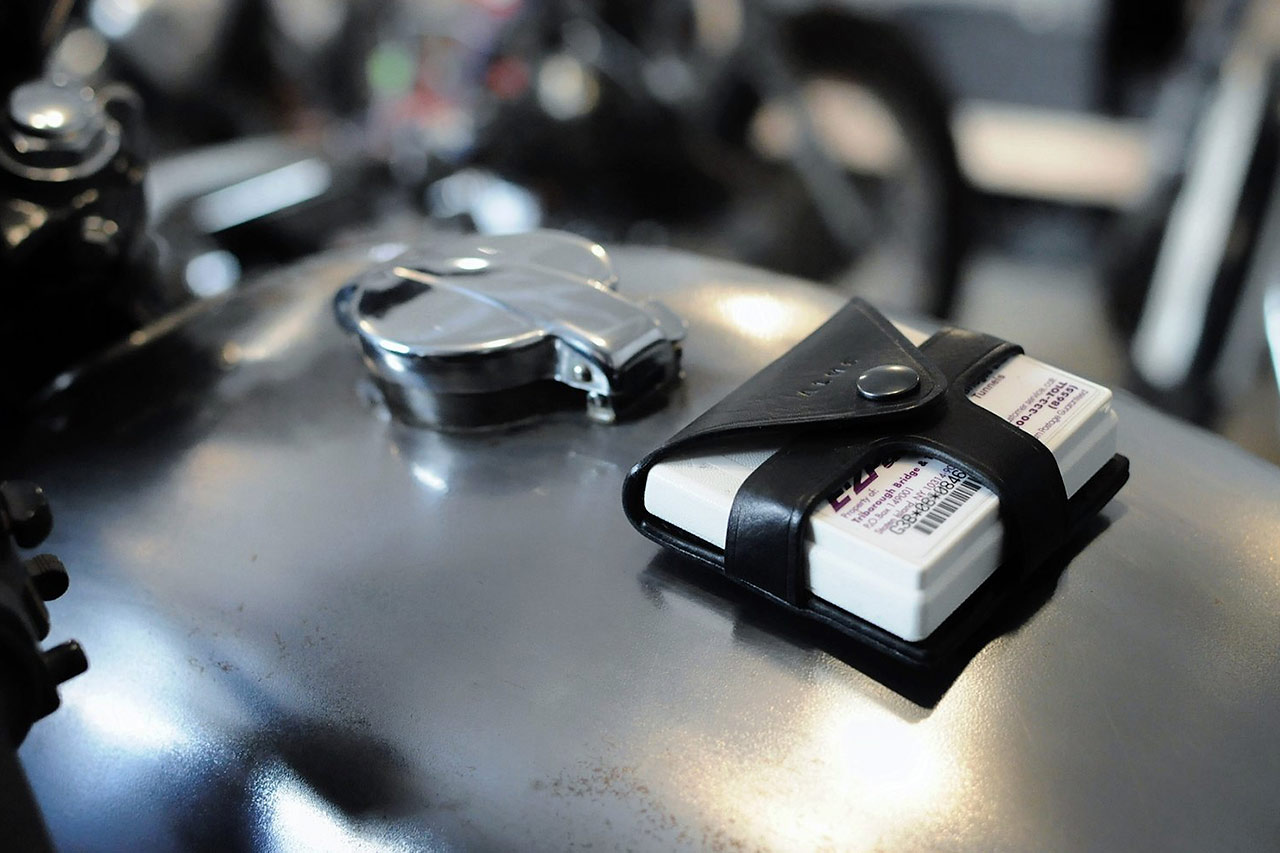 The ideas for most of our products have come directly from discussions with friends and customers. For instance, we had a ton of people talk about how there isn’t a good, non-permanent way to mount an E-Z Pass on a motorcycle.

That product was so popular at the IMS that Lee was forced to sew additional ones on site to meet demands.

“Early on my parents instilled in me the importance of being able to fix your car and mend your clothes. It has come in handy as we have been able to fabricate and test all of our samples in-house, as well as do production runs for small accessories. This gives us a lot of flexibility to test out new ideas, materials and colorways. IMS was a really good experience for us. We were able to meet an incredible amount of new people, as well as many people we had talked with online, but hadn’t had a chance to meet in person. I wasn’t actually planning on sewing E-ZPass Holders at the event, but we didn’t really have a choice ... as they sold out and then continued to sell as fast as I could make them.”

The company utilizes materials and hardware from a variety of sources, as time allows, but Lee says they still end up spending a good amount of time finding things locally in New York’s Garment District.

The future? Lee says ALMS in 2018 will focus on small, cool accessories for the company’s tail bag, as well as bike-specific straps to mount and carry the system.

“We want to build it out as more of a system. We really want our focus to be on the needs of the everyday city rider. We’ve already gotten a lot of good feedback, but unfortunately, the Kickstarter ended right when the cold weather started to move in, so I’m looking forward to hearing feedback when everyone breaks their bikes out in the Spring.”

You can explore the ALMS product line and ethos at:

ALMS NYC produces minimalist carry-goods, fueled by motorcycle escapism. They seek to parallel the pace of New York City, and stand up to the daily rigors of your commute. Each design is a limited run, and built to endure.

For New Yorkers, the motorcycle is the only way to escape the endless traffic and the crumbling infrastructure of the subway system. Jessica and Shaun Lee met in the city, and began riding together shortly after. The two quickly realized the need for functional gear to carry on and off the bike.

They come from backgrounds in fashion design and architecture; by combining their professions with their moto obsession, they established ALMS NYC in 2015. With a combined 17 years of design experience, they collaborate on everything: sewing prototypes, building tech packs, sourcing materials, and communicating with manufacturers on how to make the perfect tail bag.