Norton set to make waves in the US 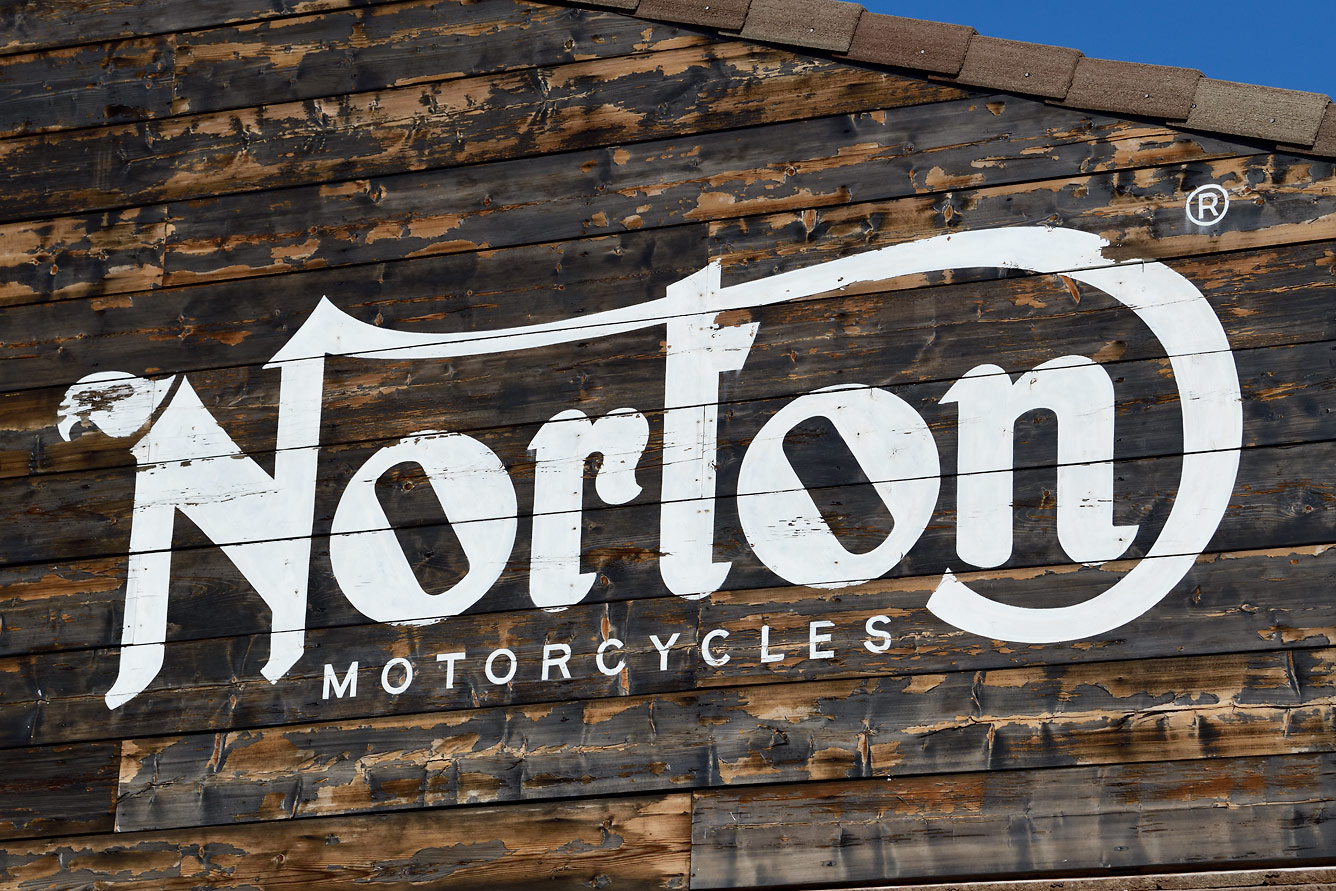 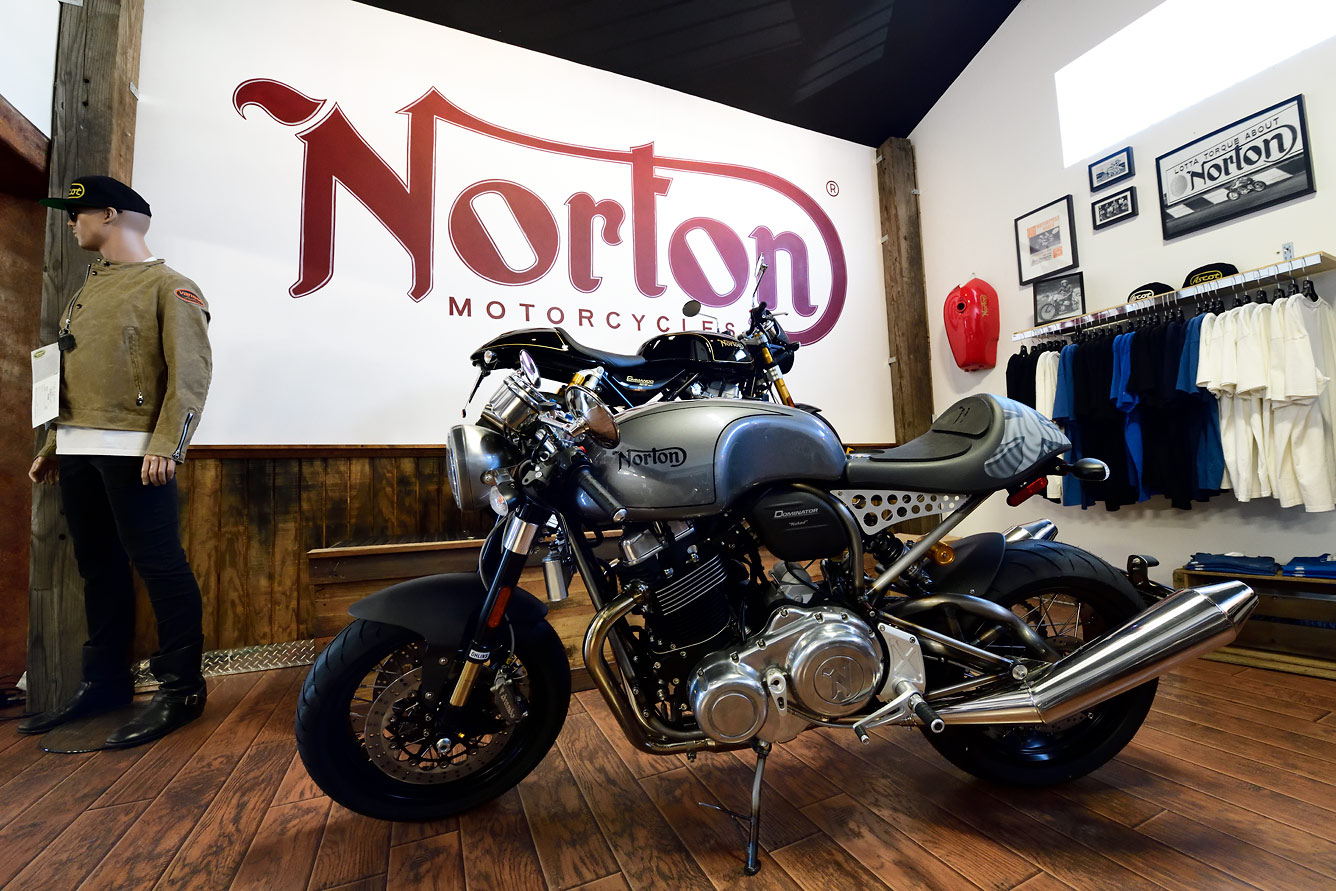 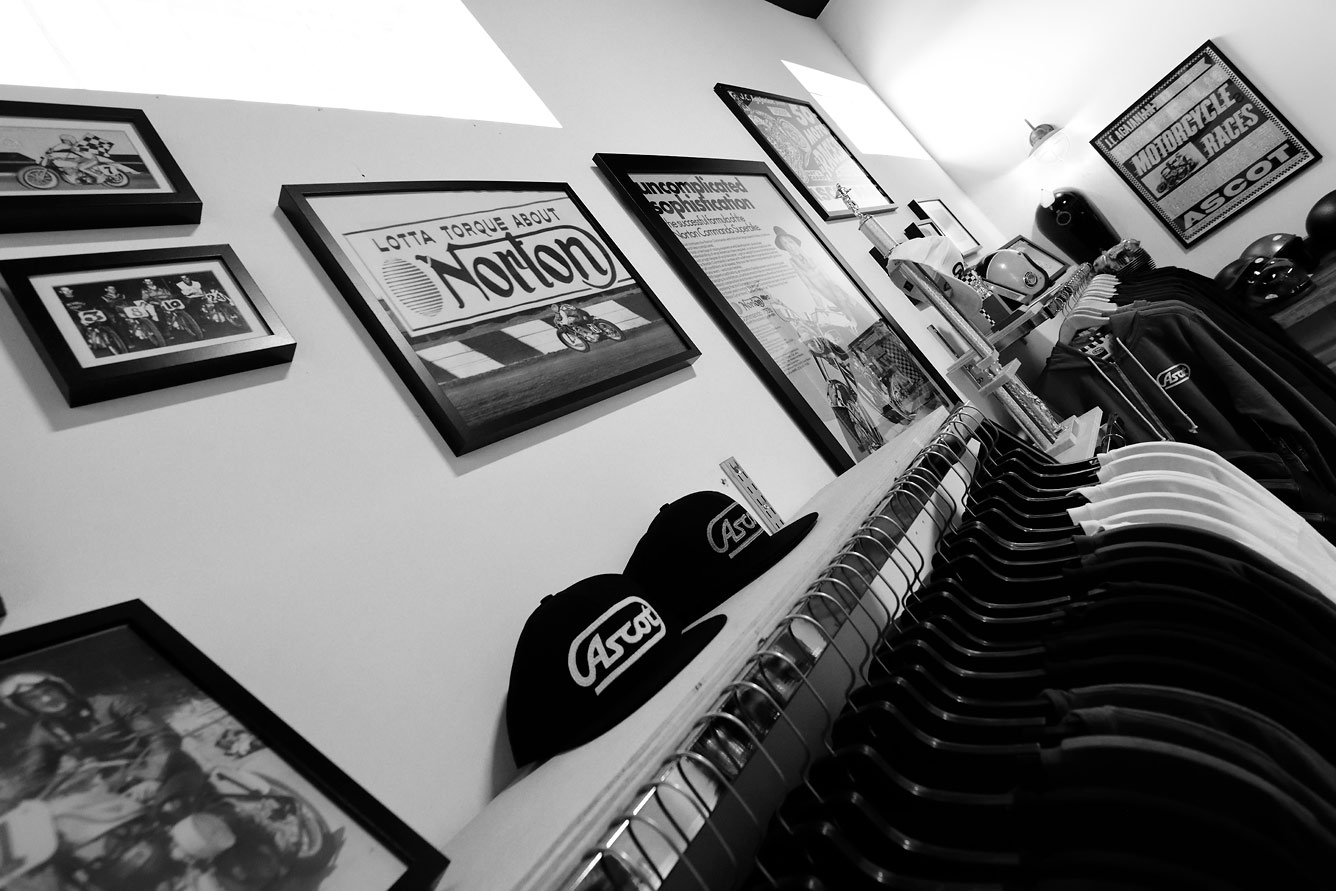 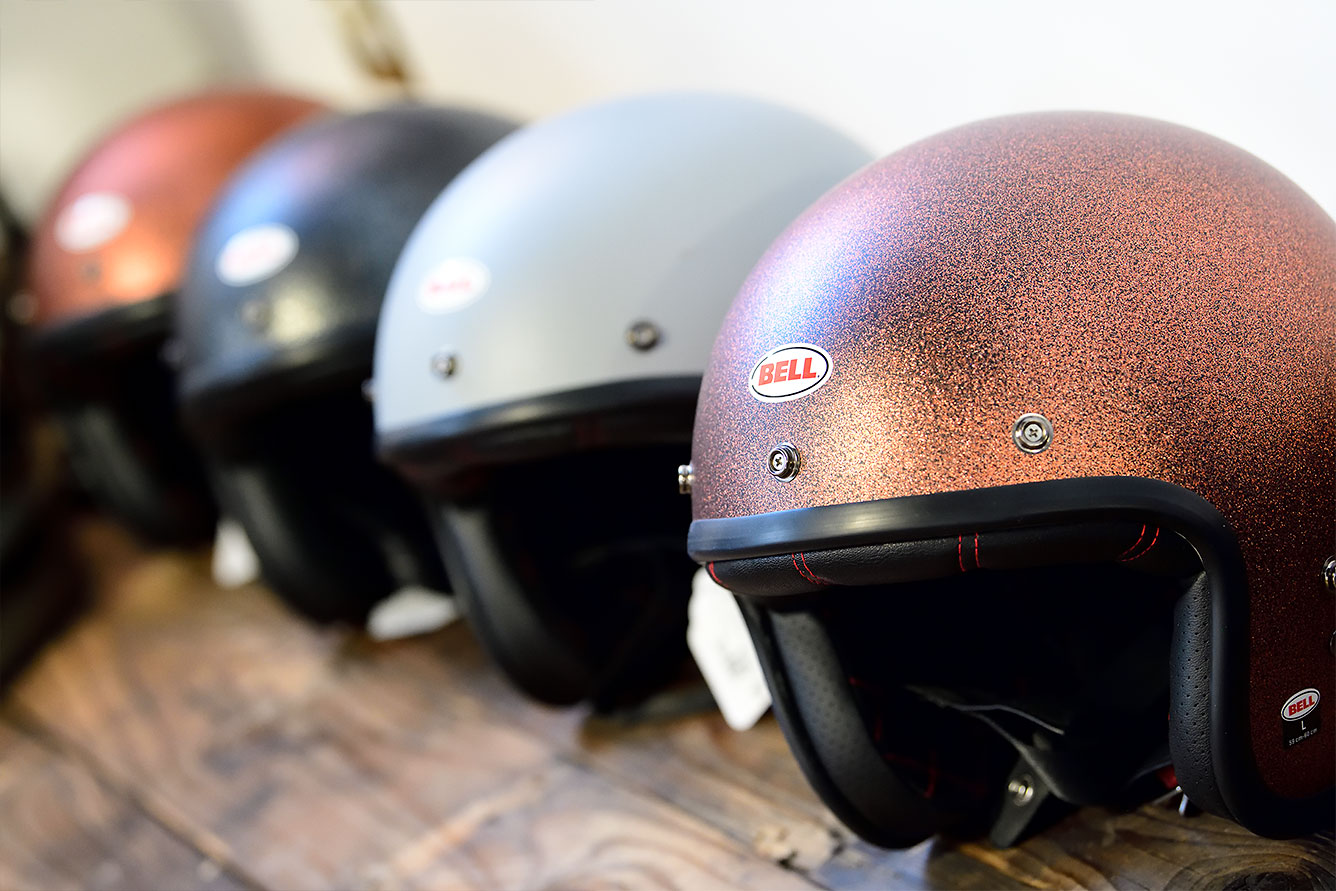 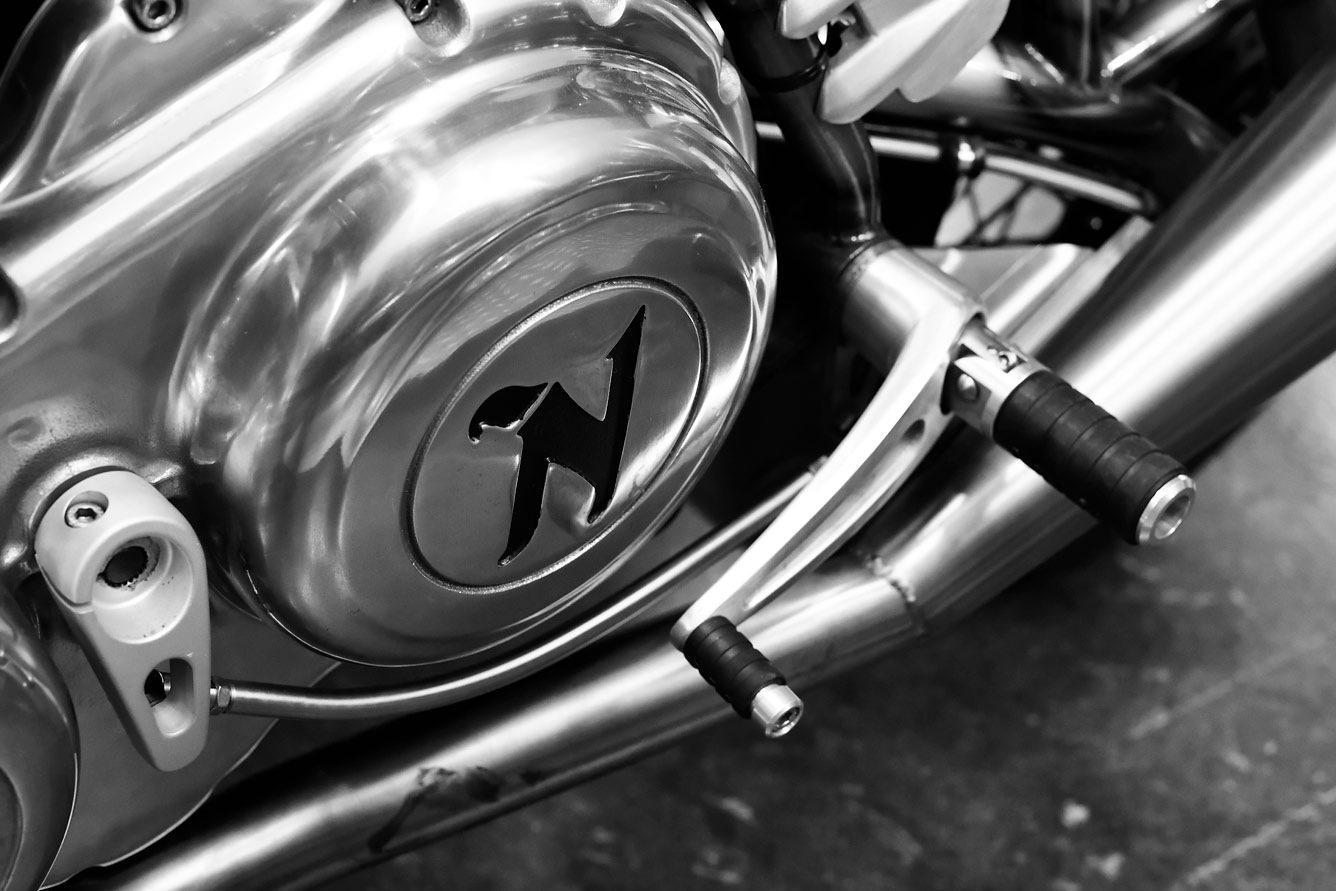 Returning to the scene of the crime from over a year ago when the sultry lines of the new hand-built Commando 961s grabbed our attention, Norton and the US’s most prolific dealership in Orange County, California appear poised for an eventful and exciting year. 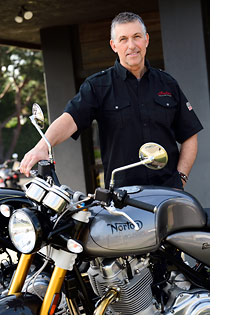 The trend towards reviving and improving upon classic motorcycle icons of the past is not new – Triumph is still seeing banner sales from its Modern Classics stable of bikes; Royal Enfield is releasing two new twin model 650cc bikes, the Continental GT and Interceptor, both aimed at the mid-range market; Kawasaki is playing off its KZ1000 ‘70s lore with the introduction of the new Z900RS; and Honda is already on its MkII version of the modern CB1100, the RS.

Since its market revival, Norton has definitely been a niche, boutique-style brand, appealing to the ‘Brit Iron’ set and, in particular, current vintage Norton owners, admits Norton OC GM and EVP Leo Hartog.

“I would say 90 per cent of the Norton buyers we see have had or still have a 1970s Norton in their garage,” Hartog muses, adding Norton OC sold a couple dozen bikes to these brand enthusiasts in 2017. “So, it’s all about reliving their youth … knowing the brand from way back when, that’s what brings them through the doors. And I sell bikes all over the country … more throughout the US than locally (in Los Angeles) or even here in Southern California.”

I would say 90 per cent of the Norton buyers we see have had or still have a 1970s Norton in their garage. So, it’s all about reliving their youth … knowing the brand from way back when, that’s what brings them through the doors.

Hand-built in Donington Park, in Leicestershire, England, the company’s two current retro models – the sub-$20K 961 Commando and the $30K Dominator – are both available in several iterations here in the US. But low production numbers and high prices in comparison to competitors' mass produced bikes make seeing a new Norton on the road a rather rare experience. For perspective, Norton built around 1000 Commandos for sale worldwide last year.

New model announcements and Norton HQs decision to put more emphasis on the US market will hopefully see a marked improvement in the brand’s presence stateside and Norton’s ability to tap into a new, younger generation of riders, he says.

If the online response to Norton’s new proposed mid-range modern Scrambler model late last year is any indication, the effort seems ready to pay out great dividends for the brand.

Part of a new family of parallel twin 650cc offerings (with a 270-degree crank) on the horizon, the Scrambler will be produced in two variations, one focused on street riders and the other on dual-purpose aficionados who want off-road and on-road capabilities. The Scrambler would be the first of several applications catering to retro, high-performance and high-volume needs, with HP outputs ranging from a supercharged version to a regularly aspirated model and a low-powered entry level bike.

“That’s the future, entering the lower cc market,” Hartog says. “They need to tap into that market – the new generation. There’s the guys that will buy the 961 for its sentimental value, but to grow the business we need to tap into the younger crowd.”

Mass production options for these models is being explored. 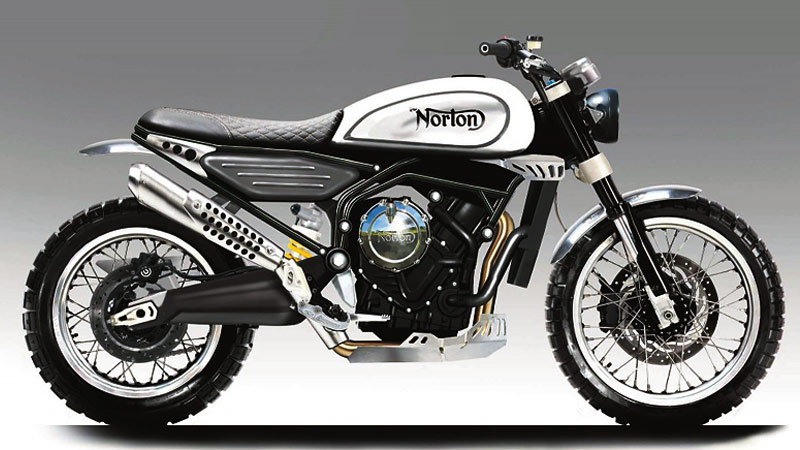 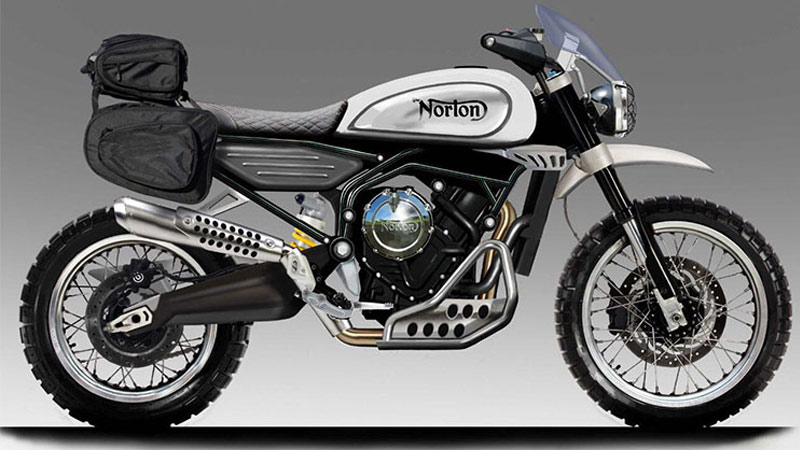 That’s the future, entering the lower cc market. They need to tap into that market – the new generation. There’s the guys that will buy the 961 for its sentimental value, but to grow the business we need to tap into the younger crowd.

That’s not to say the Norton traditionalists are going to be left out though. Closer to market, and celebrating the 50th anniversary of the Commando, is a new Californian edition currently awaiting California compliance testing and approval.

The Californian, in a tip of the hat to ‘70s American nostalgia, will combine the new quasi 'ape-hanger' bars with doses of polished billet, chrome and carbon elements. The new model rounds out the Commando range, which includes café racer and roadster editions. 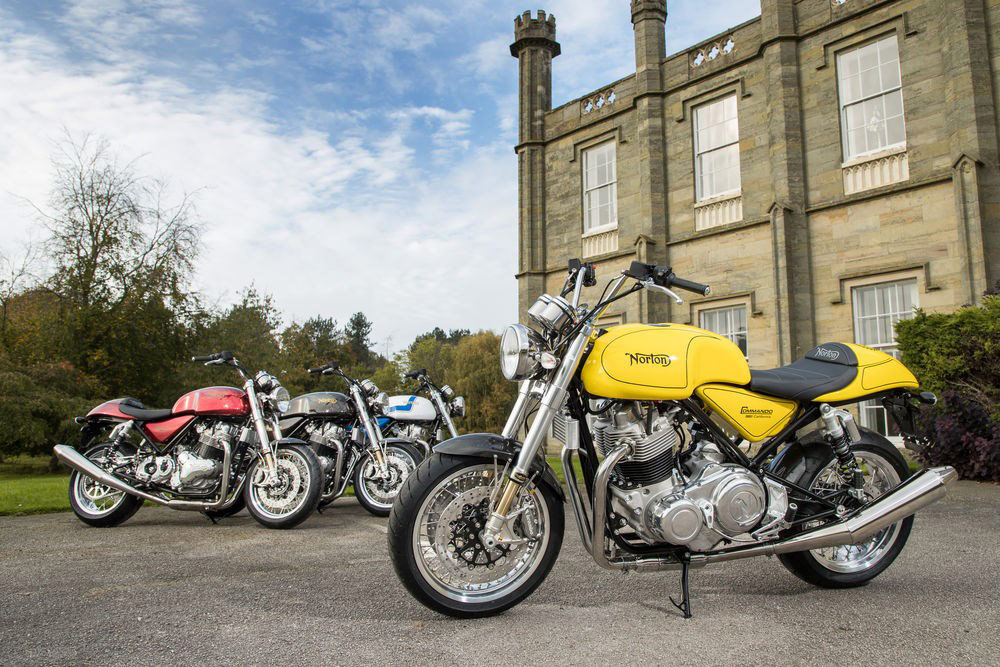 The peak of the retro collection, mingling in the rarified air of models that turn all moto heads to mush, is the Dominator Naked.

At just under $30,000 US, the bike is never going to be a huge seller, Hartog admits, adding he’s sold four to date, two within California and a couple that shipped out of state.

But the bike needs to be seen to be appreciated: top end Brembo brakes, top-of the line front and rear suspension courtesy of Ohlins, and two options for tanks and pipes, both of which are included in the price. There’s the painted tank and dual stainless-steel pipes … and then there’s a brushed or polished aluminum tank and fully open (no baffle) race pipes.

Hartog says despite the price, the Dominator’s competitors in the market would be Triumph’s 1200cc Thruxton and Ducati’s Monster.

“But realistically, it’s like nothing out there,” he says. “It’s hand built and a true British motorcycle … I’ve been to the factory and there’s literally two guys building your bike from start to finish – 87 per cent of all the components on the body are made in the Norton factory.

“That’s very rare nowadays … it’s for the guy who wants something different. You pull up on something like this – it’s a sexy motorcycle – and it’s got good horsepower and a good power-to-weight ratio. It’s fuel injected and it’s got cool components, but to me it’s still a classic.”

For those worried about buying a motorcycle with low production numbers, Hartog says parts are readily available and the bikes are very serviceable.

Last, but certainly not least in the Norton stable, going head-to-head with the likes of Aprilia and Ducati on the sports bike scene, is the company’s new liquid-cooled V4 RR 1200cc TT racer. 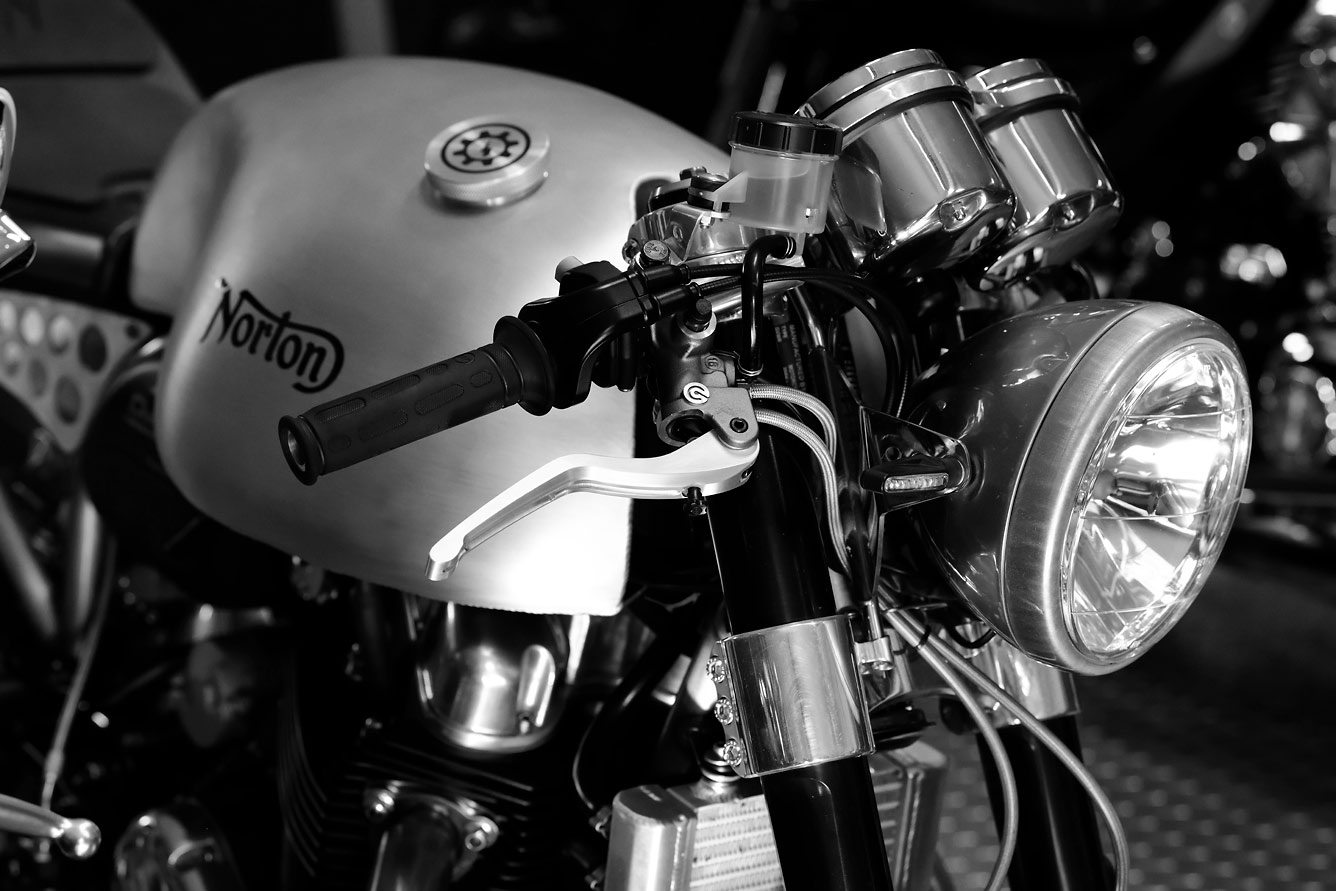 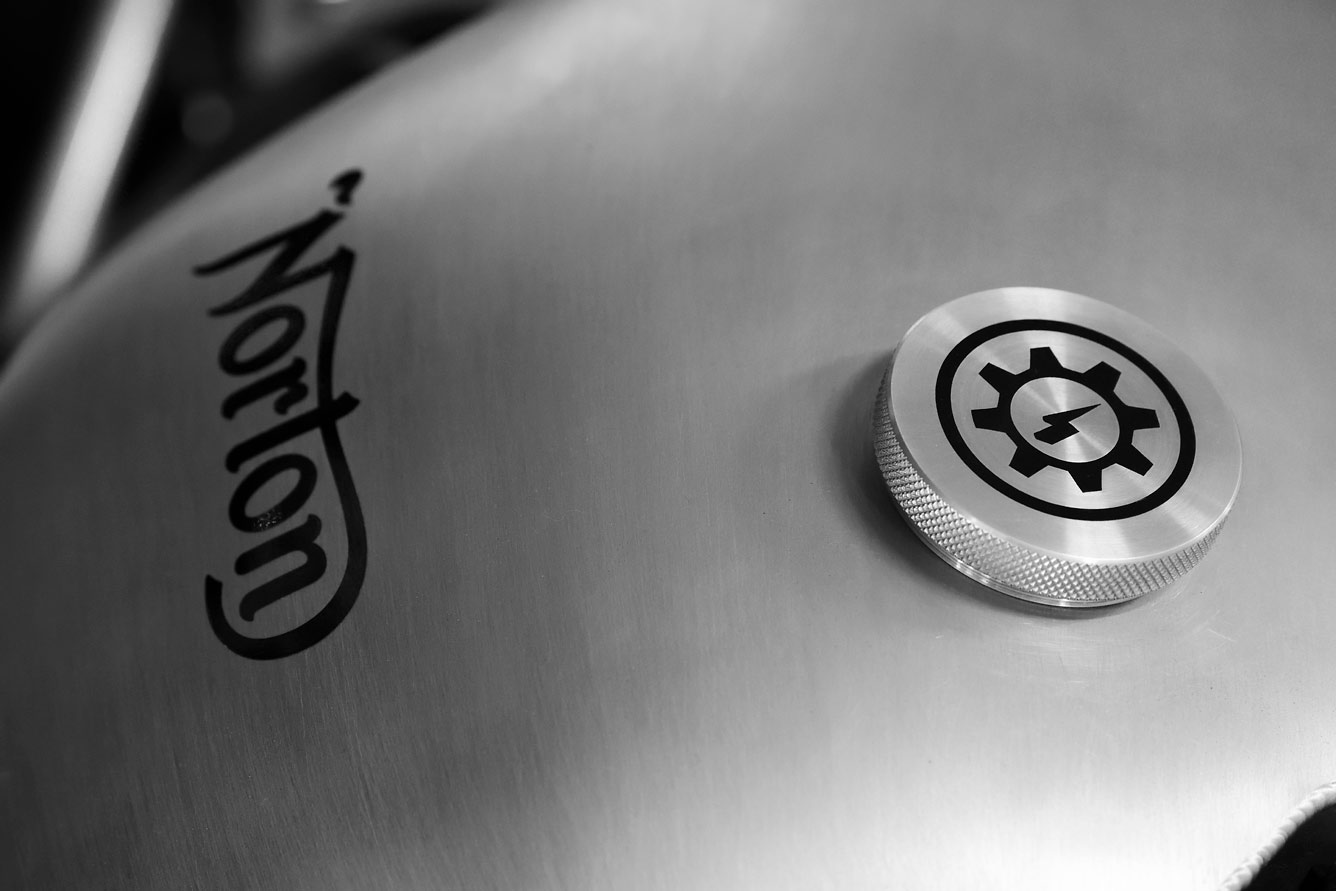 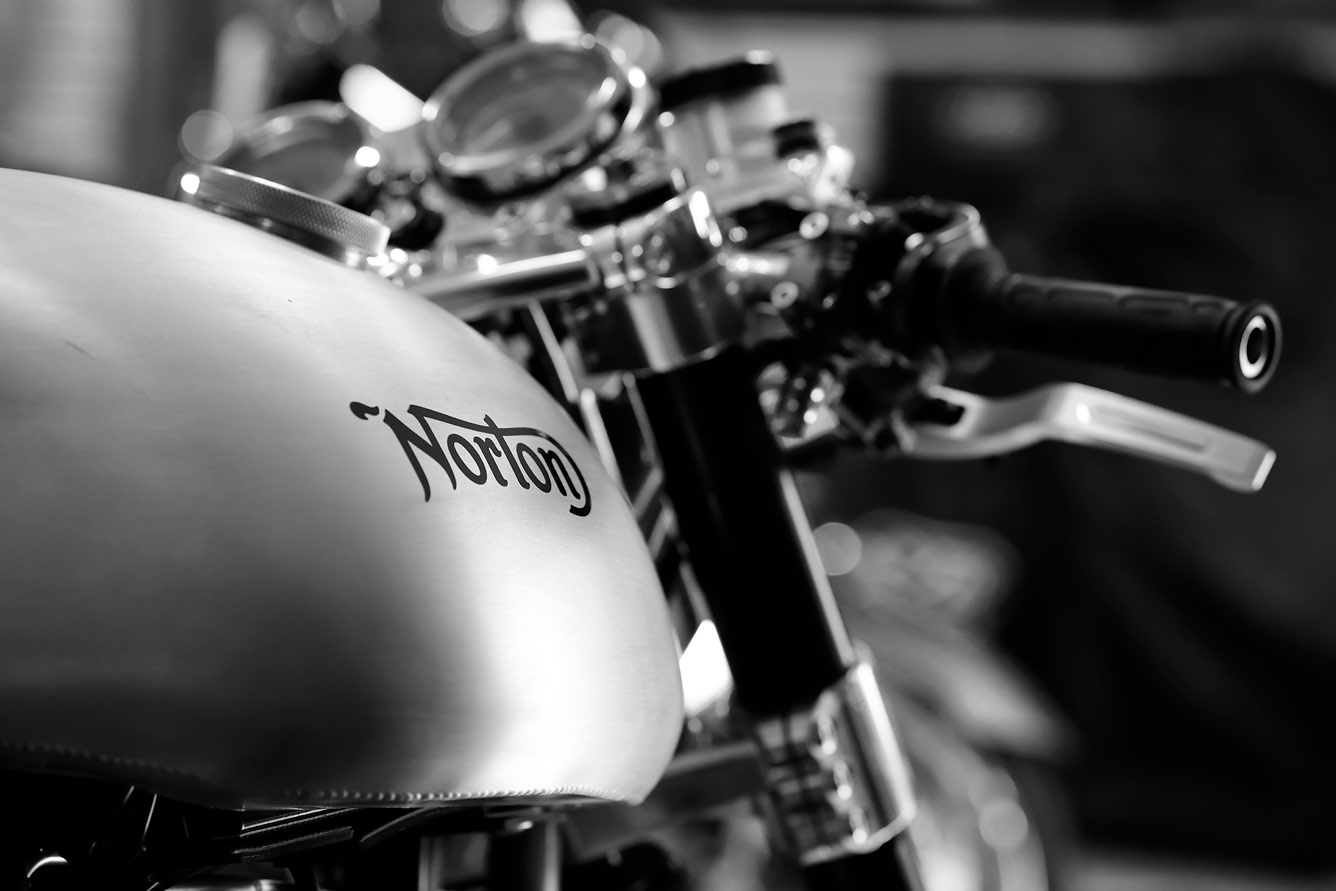 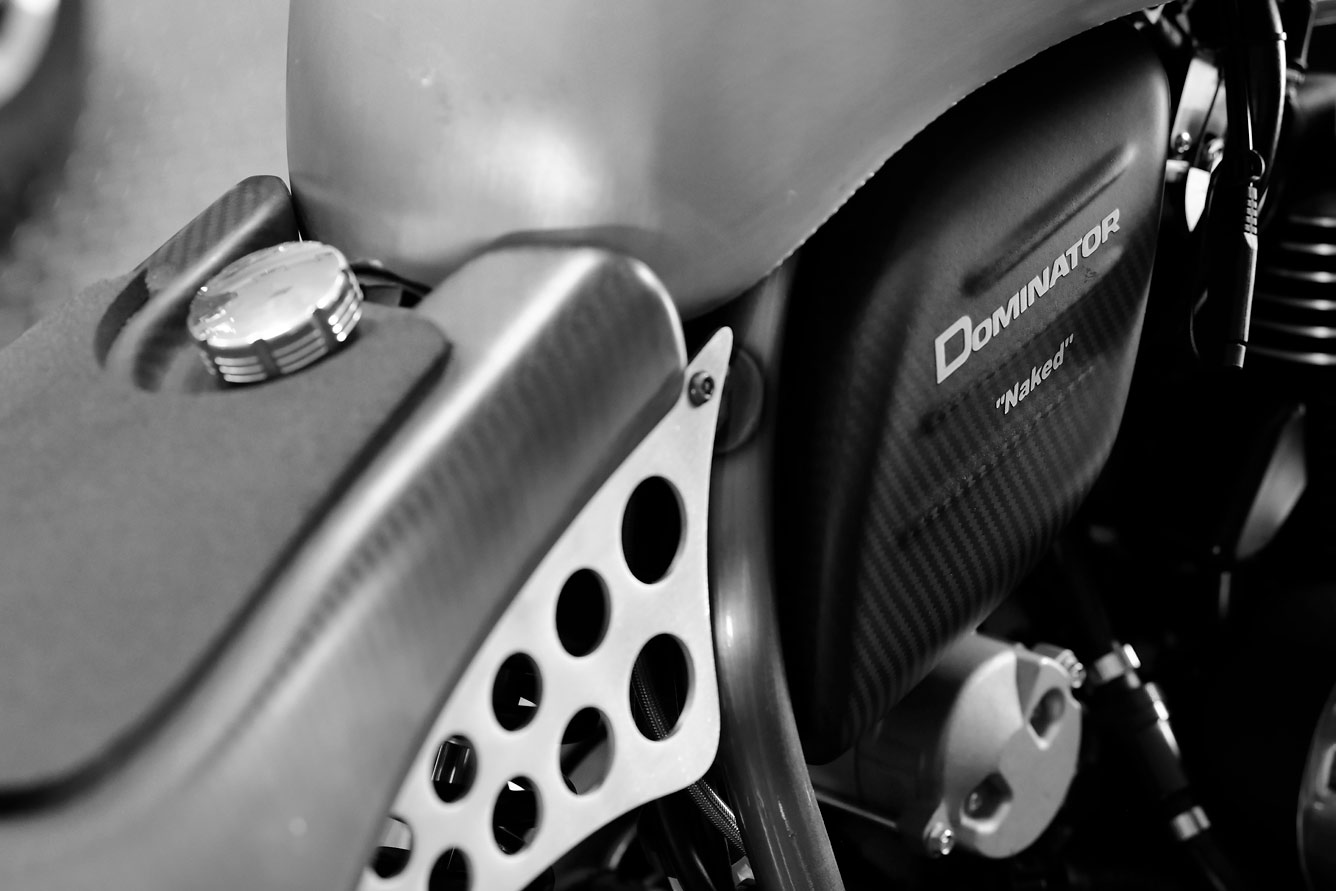 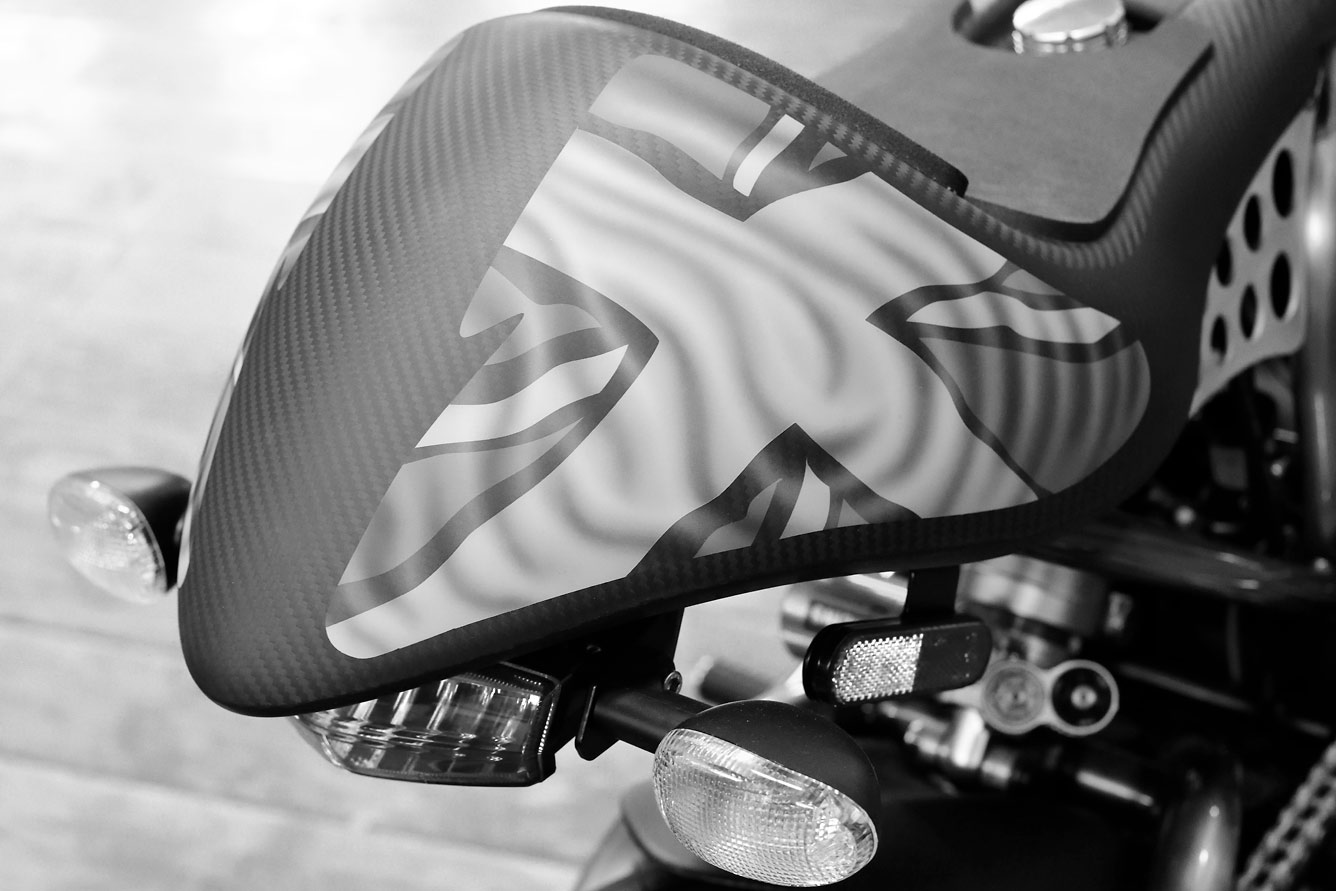 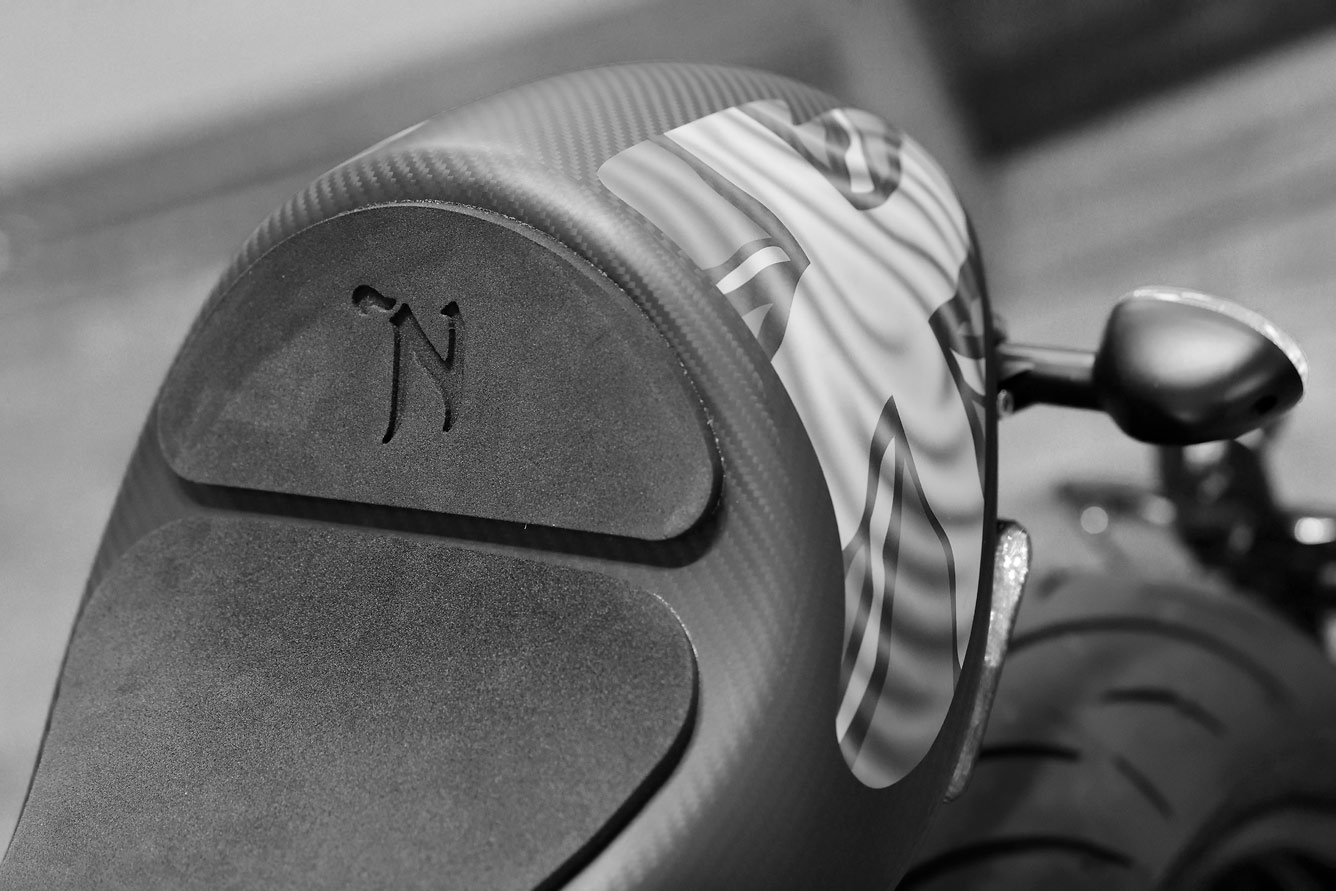 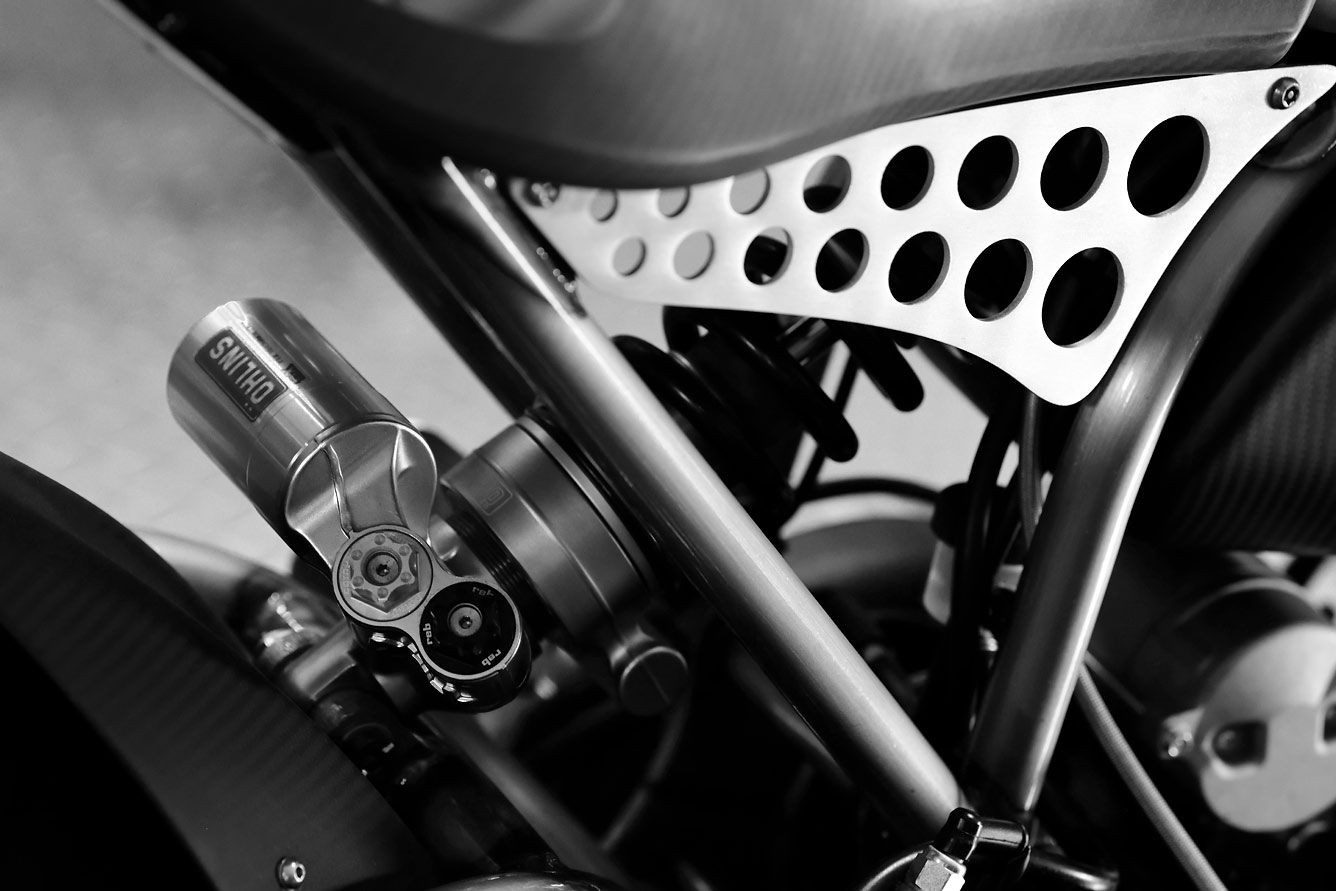 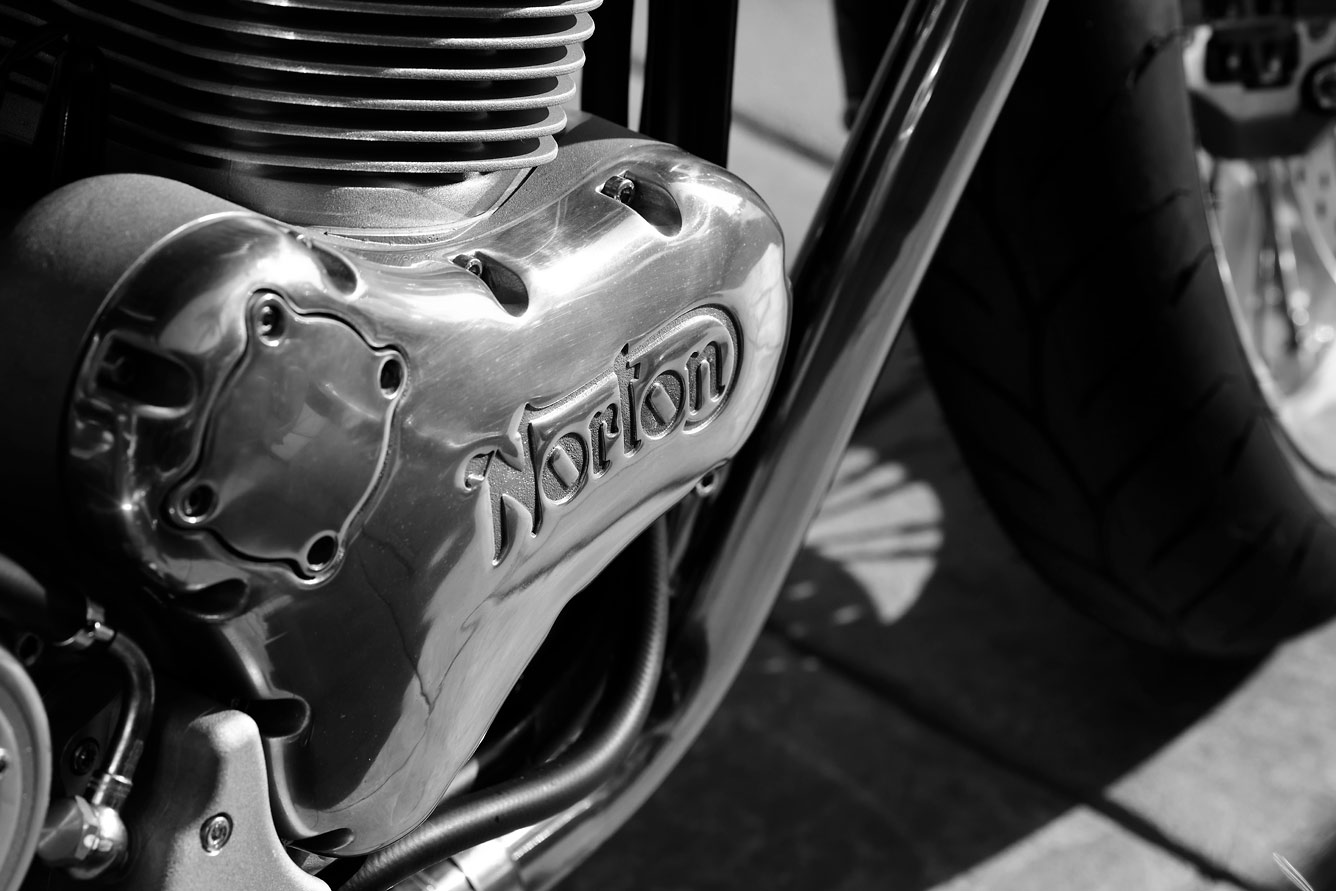 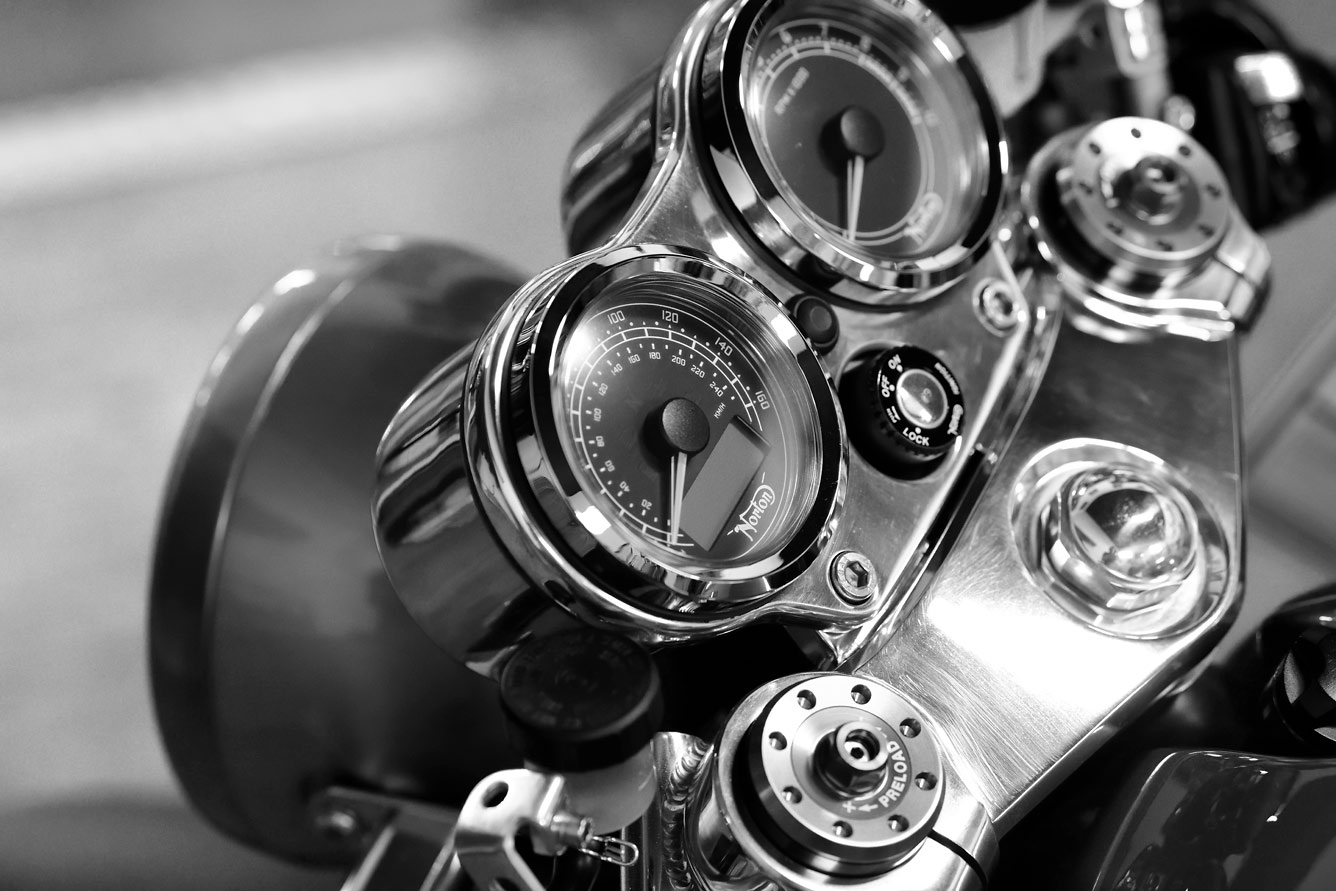 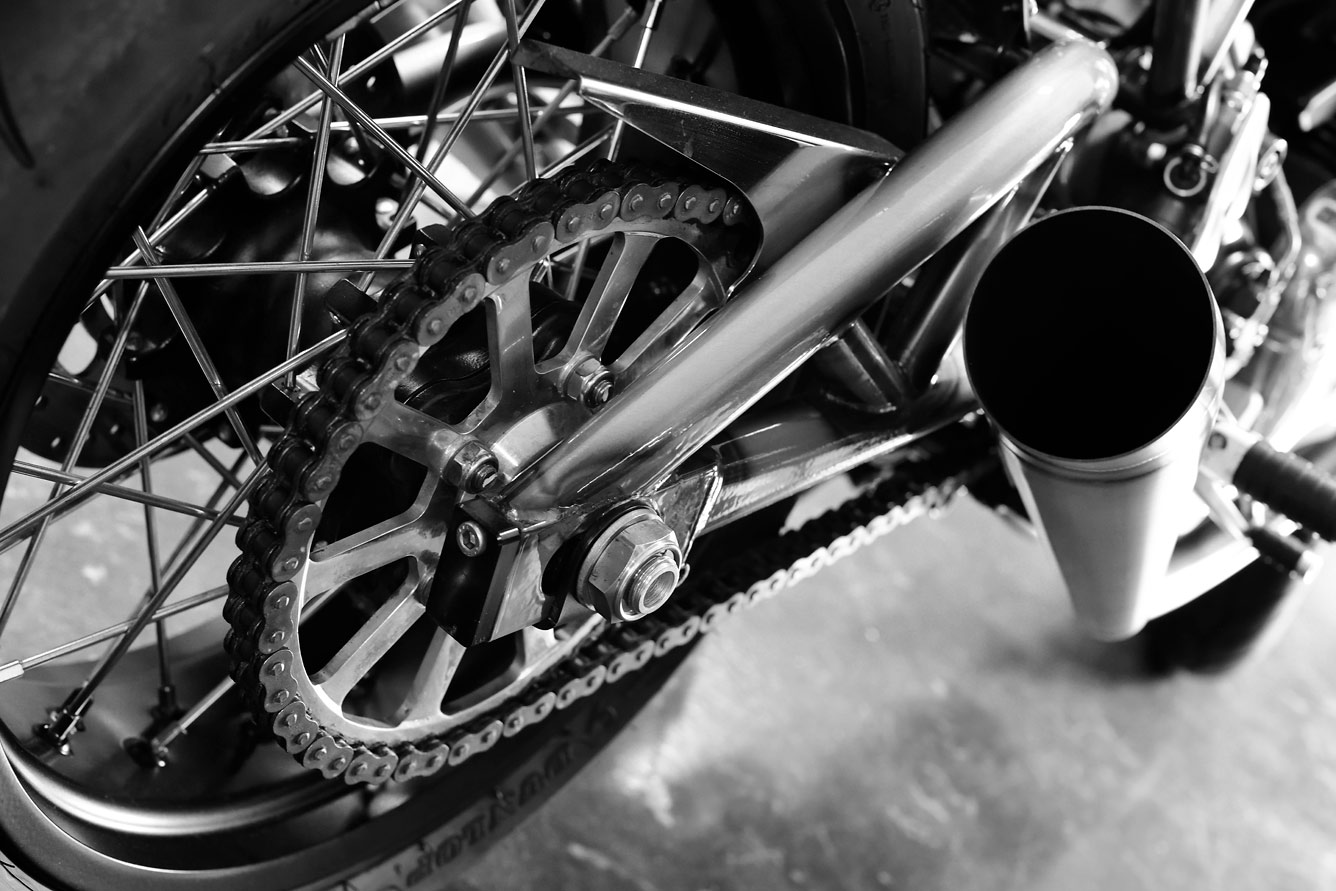 It’s hand built and a true British motorcycle … I’ve been to the factory and there’s literally two guys building your bike from start to finish – 87 per cent of all the components on the body are made in the Norton factory.

With the potential that comes with offering a wider range of bikes, a full portfolio if you will, Norton is planning to change the way it partners with dealerships and distributes bikes, with a single main distributor likely to be named in the US this year.

“They’ve got their foot on the gas and are being pretty aggressive, doing away with some dealers that are not buying motorcycles,” Hartog says. “Ones that don’t reorder, they just sell what they have, the existing stock, and service the older models -- they are not what we would call retailing dealers.”

For Hartog, whose Norton OC is attached to a top selling Indian Motorcycles dealership, the past two years have worked out well selling Nortons. And he looks forward to the planned brand rebuild in the US.

“I’ve even had some other Indian dealers reach out to me asking me how well I’m doing with Norton, picking my brain while probably filling out an application to become a Norton dealer as well. So, I think the future’s looking great.”

Look for more Norton announcements on the horizon soon.