Imagine a moto event combining the builders’ prestige of a ‘Brooklyn Invitational’ with the outdoor festivities of gatherings like Basket Case Productions’ ‘The Lot’ or Indian Larry’s ‘Grease Monkey Block Party’. Stage it at a large, open space in Long Island City, just a block from the East River.

And you have New York’s latest addition to the summer calendar … Kulture Fest, set for Saturday, August 20 at Culture Lab LIC. The day will feature some of the area’s top moto design innovators and their machines, as well as live music, food, drink, and a host of vendors.

Event organizer Mark Velazquez, aka Mark V – a seasoned NYC-based moto photographer – is hoping to add a new chapter to the rich tradition of groundbreaking bike shows the city has produced over the years.

No drama, people happy to just gather and no real agenda except for motorcycles and the art and music that surround them. If I get it half right, it will be a great day.

"I truly want to accomplish two things: break the motorcycle stereotype here in NY, and show people that in (this city) we can still set the bar … gather no matter (what) race, religion, tax bracket, or who’s in the oval office. We invented the melting pot, and that’s what makes this city so special.”

Born and raised in Queens, Velazquez sees the competition as a way to observe the connections between bike and rider.

“Every bike is special, a machine all to its own. My appeal to choppers is the same as my appeal to a Vespa. If the person on that ride is content, it makes me love the ride even more.”

“I pretty much have a relationship of some sort with everyone in the invited competition,” says Velazquez, who launched a moto website last year, RubberCulture.com, to cover the community. “I’m just lucky to know the best of the best, and they are taking their time to help make this event happen. New builds are not required, although there will be a few. I told them, ‘Just bring your best!’ 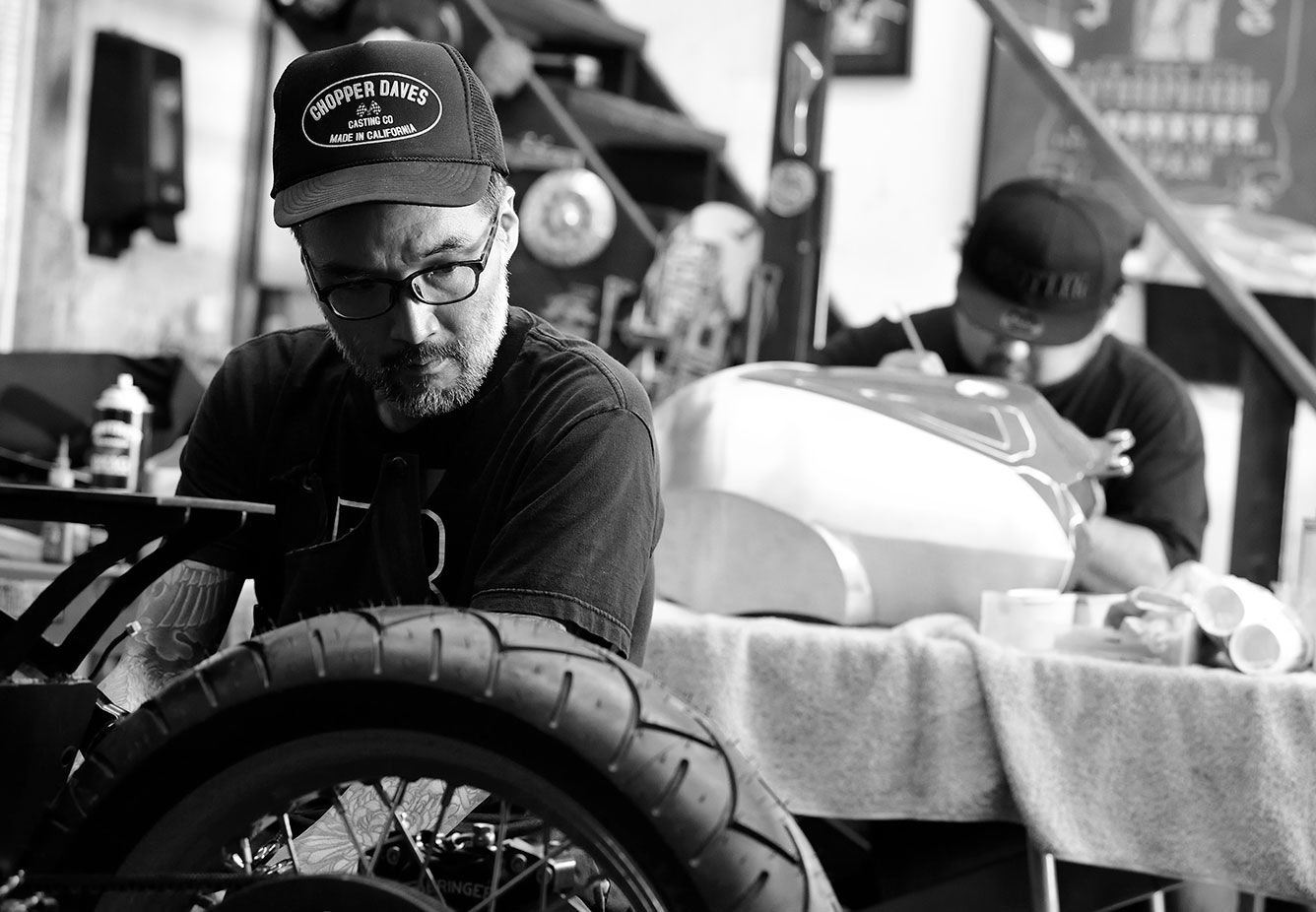 Billed as ‘New York’s Motorcycle Chill Fest’ the day will also cater to new builders with several open categories judged by the invited builders: Best FXR, Chopper and Modified (anything goes), and Best in Show.

“Although this event has been in my head for a few years, I was out at Fuel Cleveland this past year. And what I saw was a chill fest! No drama, people happy to just gather and no real agenda except for motorcycles and the art and music that surround them. If I get it half right, it will be a great day.”

Prizes for each class include a trophy and a custom painted Biltwell helmet. Best in Show will earn the additional honor of being asked to compete in the Invitational competition in 2023 if Year 2 sees the light of day. The entry fee per bike is $20.

“The concept of Kulture Fest is very simple. Get some of the greatest builders on the planet and mix them with other like-minded builders … maybe not as known, but just as good … for a friendly scrimmage, as they say. For most of them going … it will be like a reunion.”

I have always had a love for motorcycles, the machine itself is my favorite subject, no matter still, blurred, or hard at work. The mechanical horse is my true love subject.

There is also a separate baggers competition for Best Sound and Best in Show. Entry fees are $100 per bike with each category being restricted to 15 entries and winners getting a cash prize payout.

On the vendor side of things, Velazquez is still looking to fill out the event area (you can DM him on Insta @rubberculture for all the deets). But along for the ride already are: Hijinx Apparel, Cindy Pan with the Works of Richie Pan, Chris Brown of Brain Bucket Paint, The Photography Works of Debbie Fitch and Pinstriping & Art by Anthony DiLiberto.

A raffle supporting the non-profit gallery and host Culture Lab LIC is also in the works with plans for a 50-50 draw as well as a slew of prizes up for grabs.

“A Biltwell helmet being painted by the great Jimmy Frizzell, a great gift from Rob over at MotoStuka, a cool brand new First MFG Co ladies leather jacket (not donated by them), some Biltwell gloves, a special donation by Cindy Pan, some Ryan Gore killer hand grips, a couple of Q-Mounts phone holders, and art from me, as well. Oh, and I can always count on Jay over at Hijinx to support, and I think we may even have something from Warren Lane coming in!” 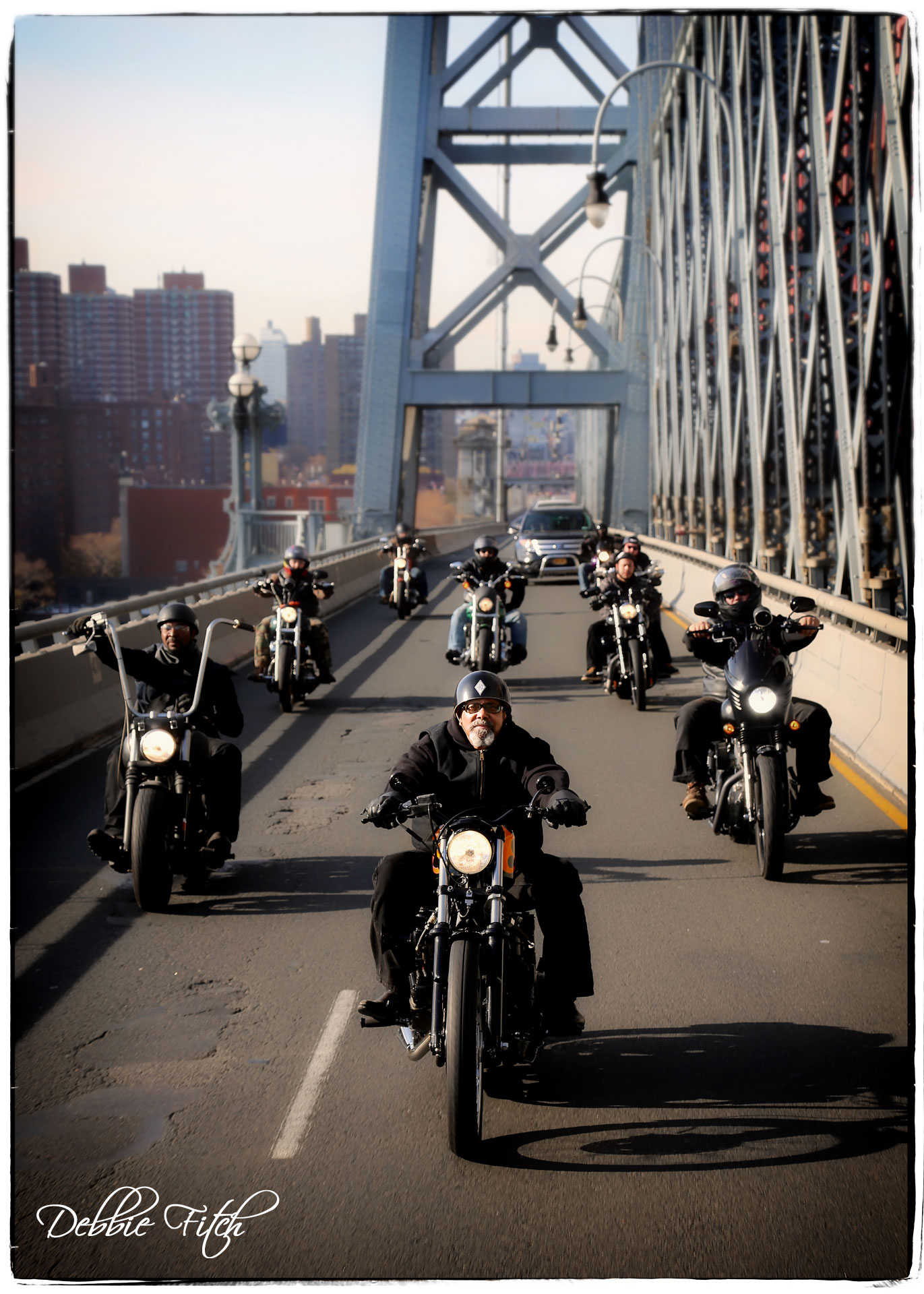 Mark V will be pulling out his favorite Canon gear (a 5d Mark iv with a 70-200 mm 2.8 ISM II) to cover the day if energy levels allow and he expects a few other sharpshooters to help him immortalize the event.

“The goal is to have editorial features from different photographers showcasing their perspective and enhanced with a few words about the event.

“I have the upmost respect for the likes of Dean ‘Chooch’ Landry and Otter LaRouche, who keep film alive in our culture and hope that one day they capture me doing something respectful. I have always had a love for motorcycles, the machine itself is my favorite subject, no matter still, blurred, or hard at work. The mechanical horse is my true love subject.”

Velazquez, himself, has two bikes in the stable: a 2018 Indian Scout Bobber and a 2003 Triumph SpeedMaster.

With the loss of some major events in past years, some due to COVID-19 cancellations, and other longstanding mainstays like the Brooklyn Invitational simply having run their course after a decade of service, Velazquez says ultimately, he hopes Kulture Fest will fill a need in the community.

This is a ‘build it and they will come’ venture. If the turnout is good and the vibes are better, we plan to grow this out to a yearly event. In the end the people have to show us they want it.

"I have picked the minds of Keino, John Copeland, and Paul Cox on how they made the Brooklyn Invitational so successful. I don’t think we could ever replace such an event, but knowing all three, they all in their way have helped with advice and direction. This is a ‘build it and they will come’ venture. If the turnout is good and the vibes are better, we plan to grow this out to a yearly event. In the end the people have to show us they want it.”

You can register for the open build categories on the Rubber Culture website at: https://rubberculture.com/the-open/

Baggers can register at: https://rubberculture.com/bagger-blowout/

And for all event info visit: https://rubberculture.com/kulture-fest-2022/

Lots to get excited about … 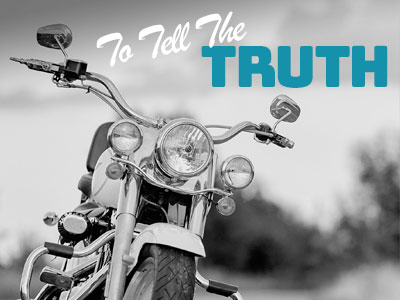 Sorez the Scribe's August Poem, To Tell The Truth 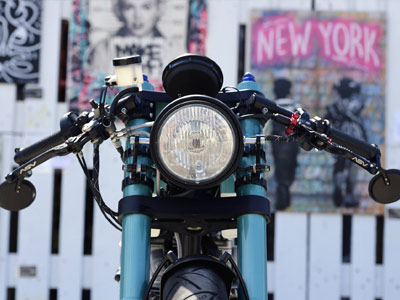