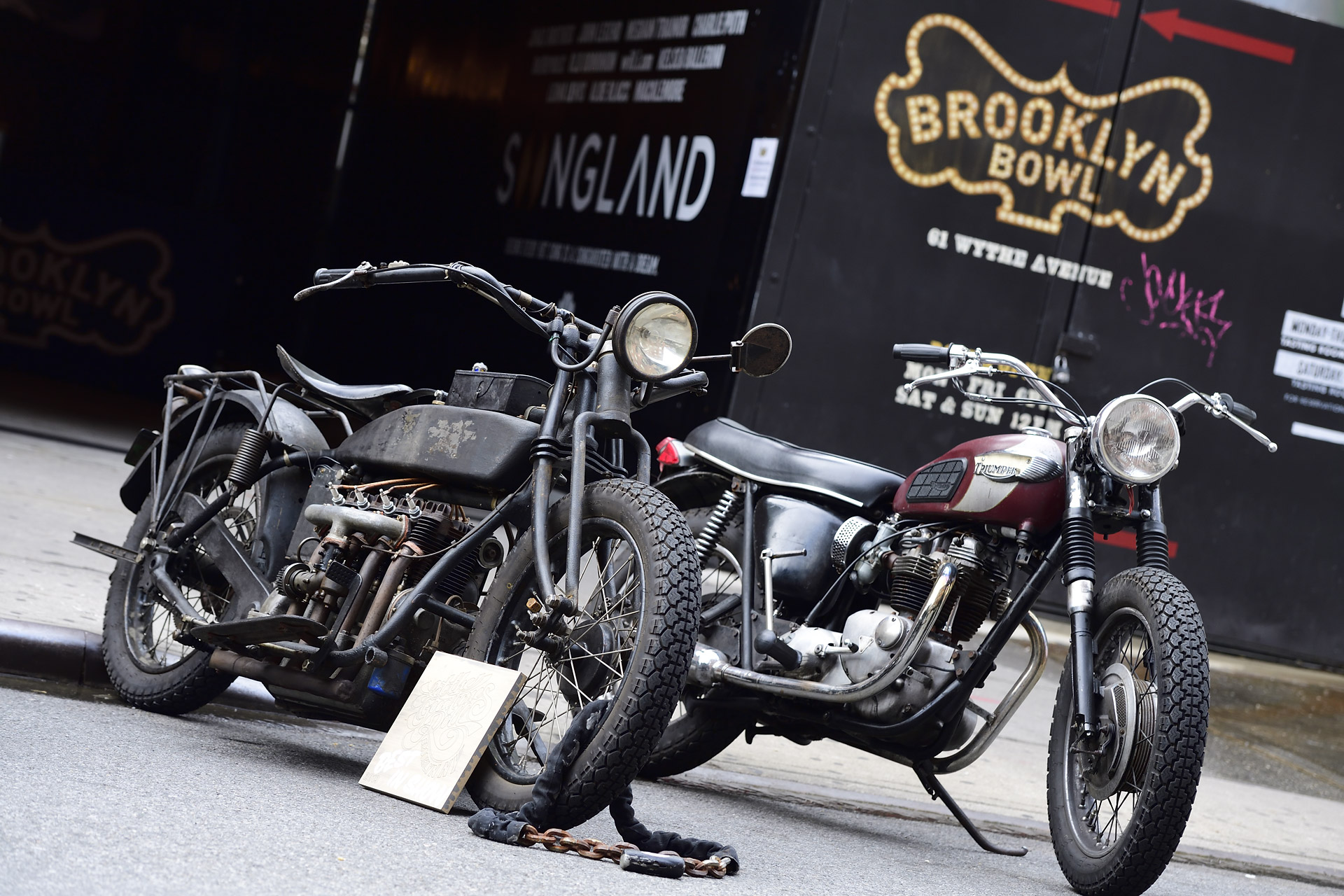 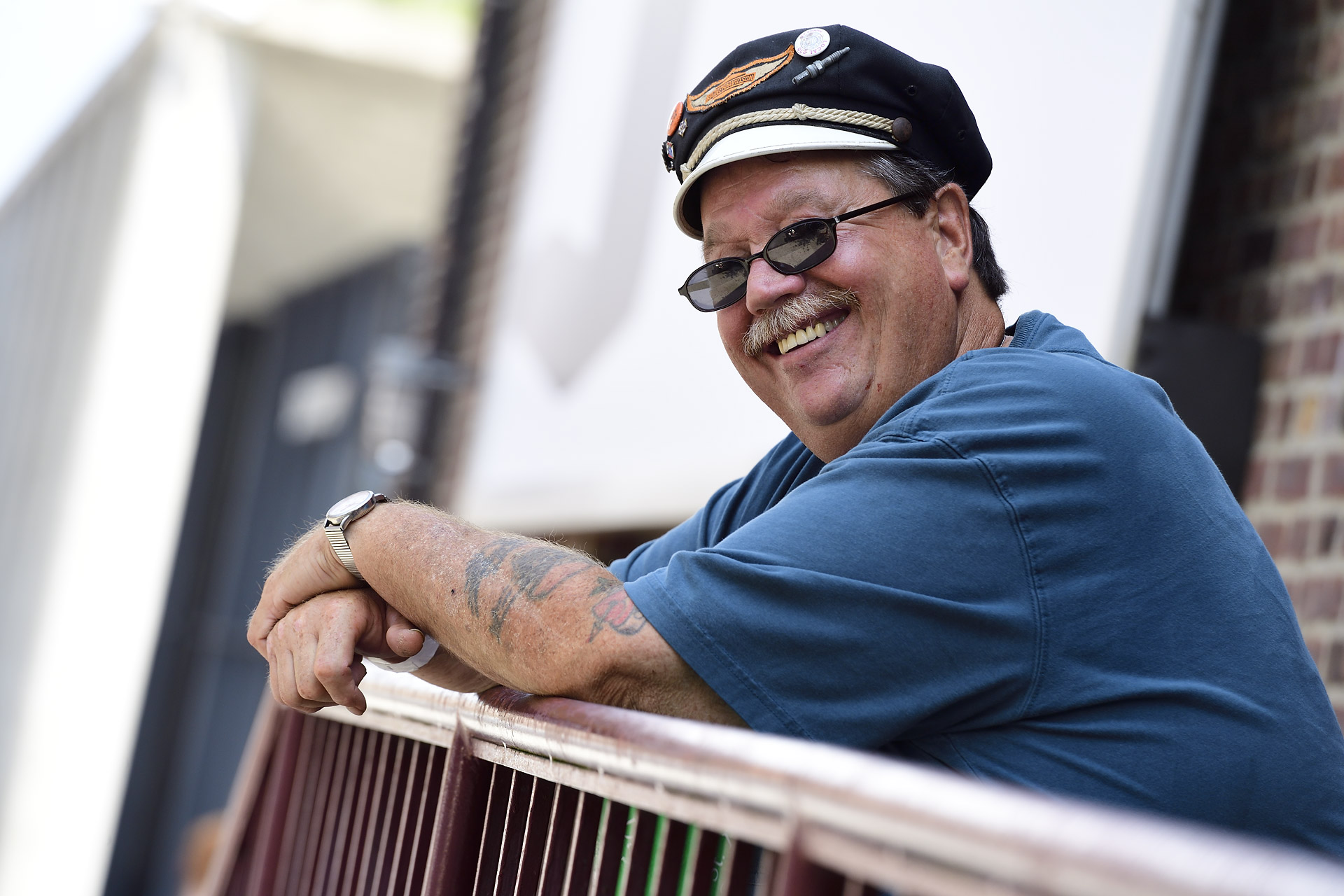 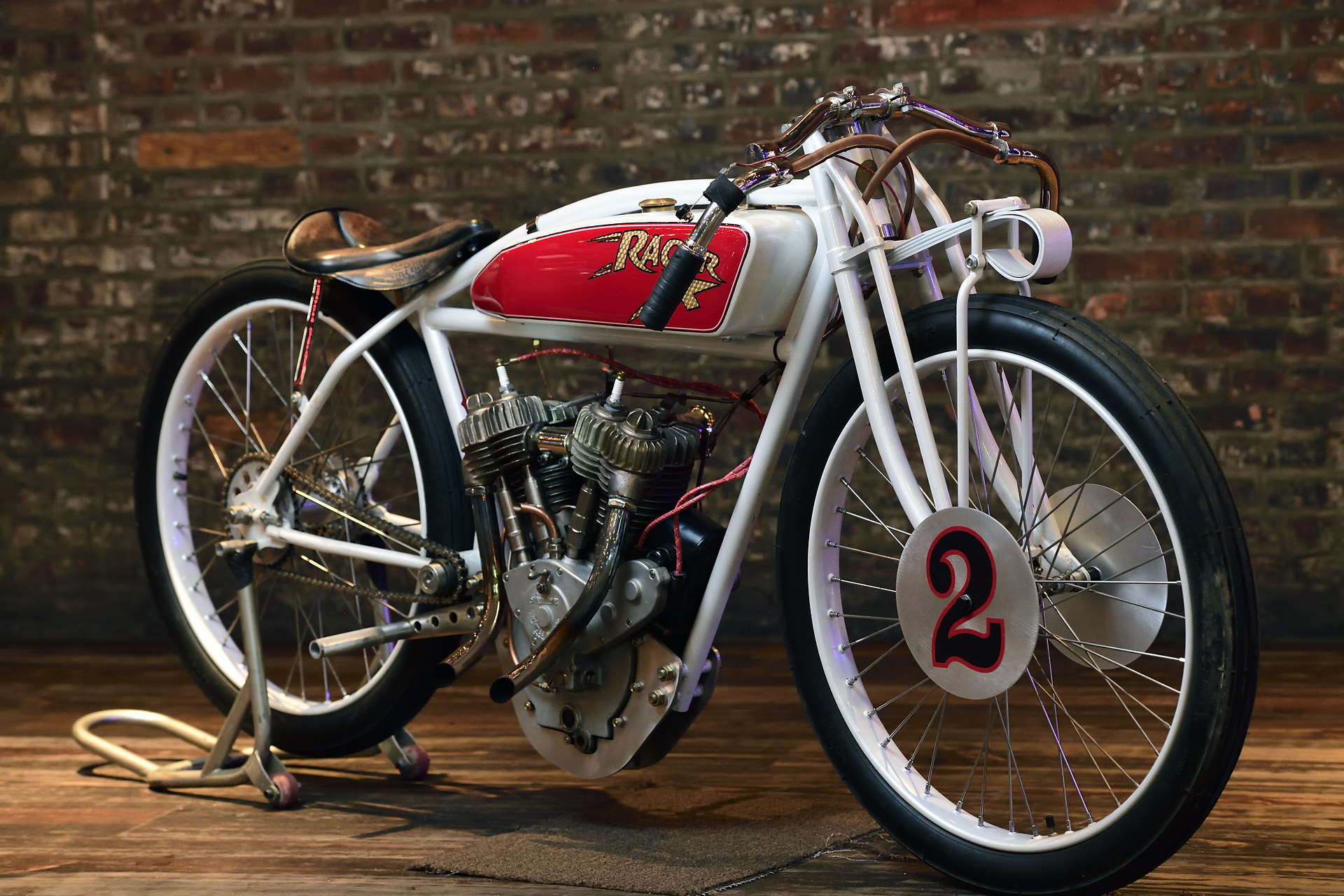 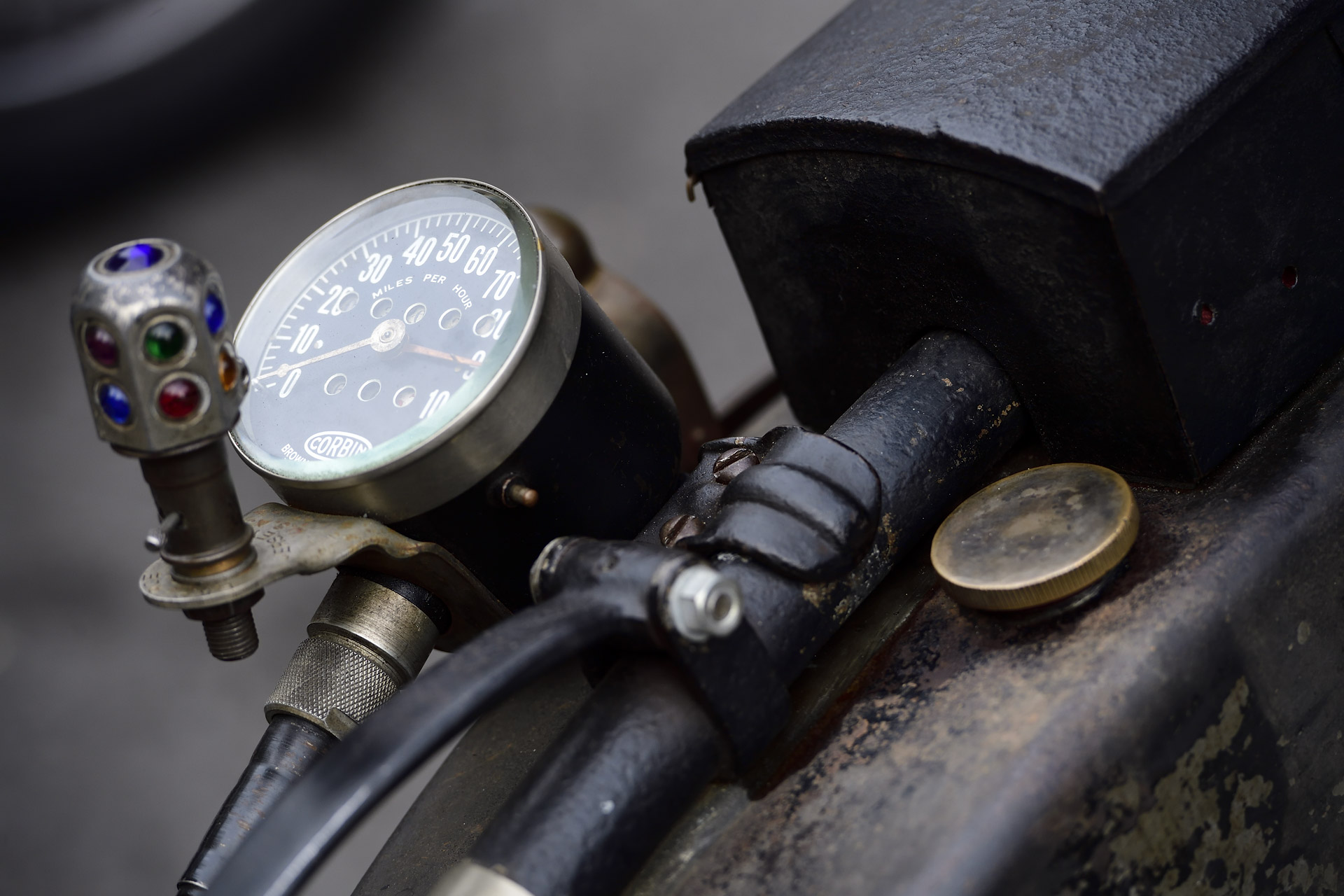 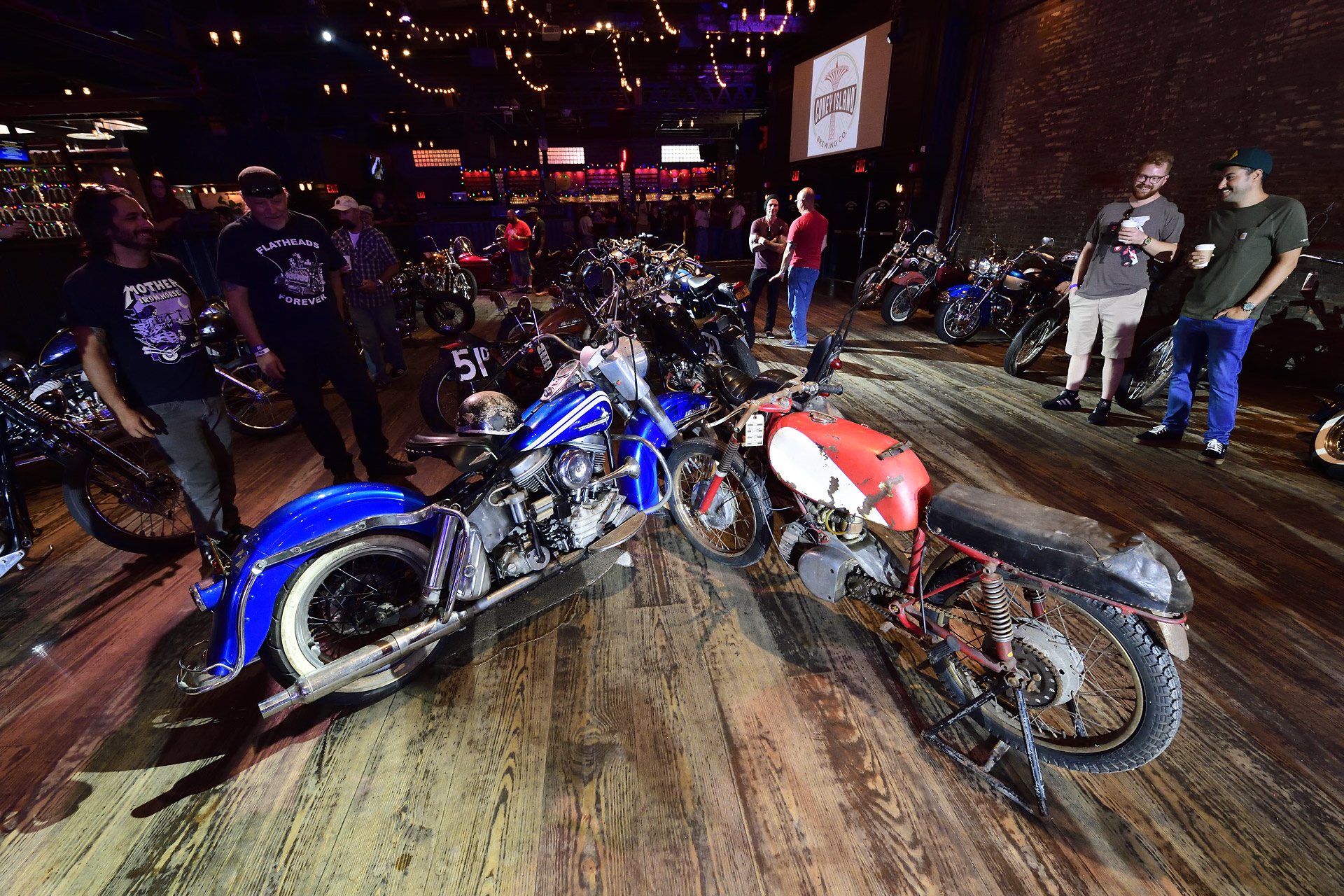 Images from the last SLDG in 2019 at Brooklyn Bowl. Moving outdoors this year will give organizers the space to features more than 100 vintage rides — Rahoul Ghose

To those wonderful regulars who are used to simply walking-in off the street in Williamsburg, we say ‘Sorry, but damn it, it's time to get on a bike and show us what you're made of. Start planning now … you'll make it'.

As they say … ‘the only real constant in life is change’.

The Split’n Lanes motorcycle show has hopped the proverbial gutter in search of greener pastures.

After a year when they were forced to cancel the annual vintage moto pilgrimage due to COVID-19 venue shutdowns, organizers Girard Fox and Tim Warner – collectively known at Basket Case Productions – are pivoting their bowling alley brainchild and hitting the road.

“We are so excited to set our sights on what is basically an entirely new format for our show,” says Fox, adding that after five years at Brooklyn Bowl in Williamsburg, and a leap year outside in Greenpoint as ‘The Lot’, he is looking forward to a new challenge. 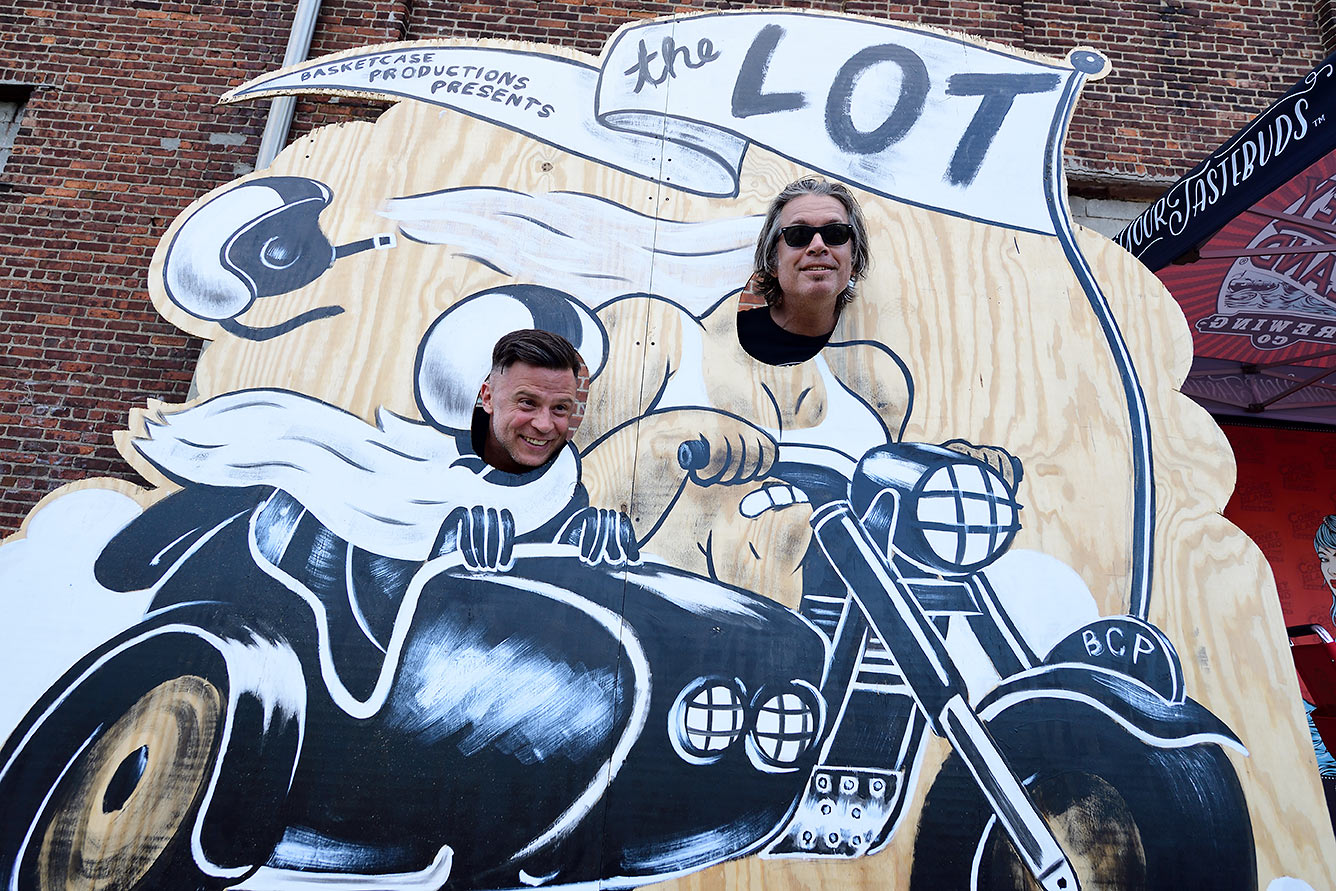 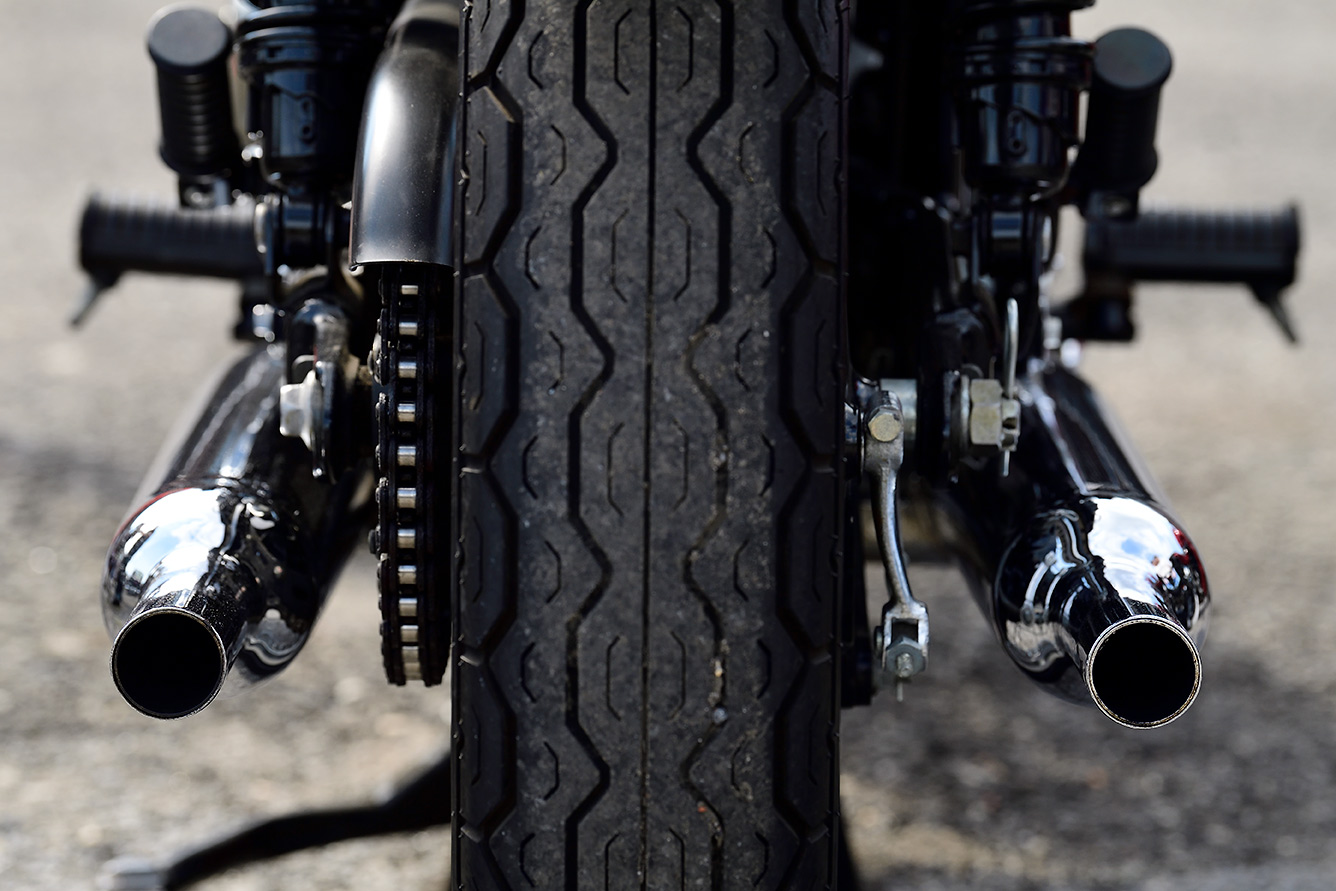 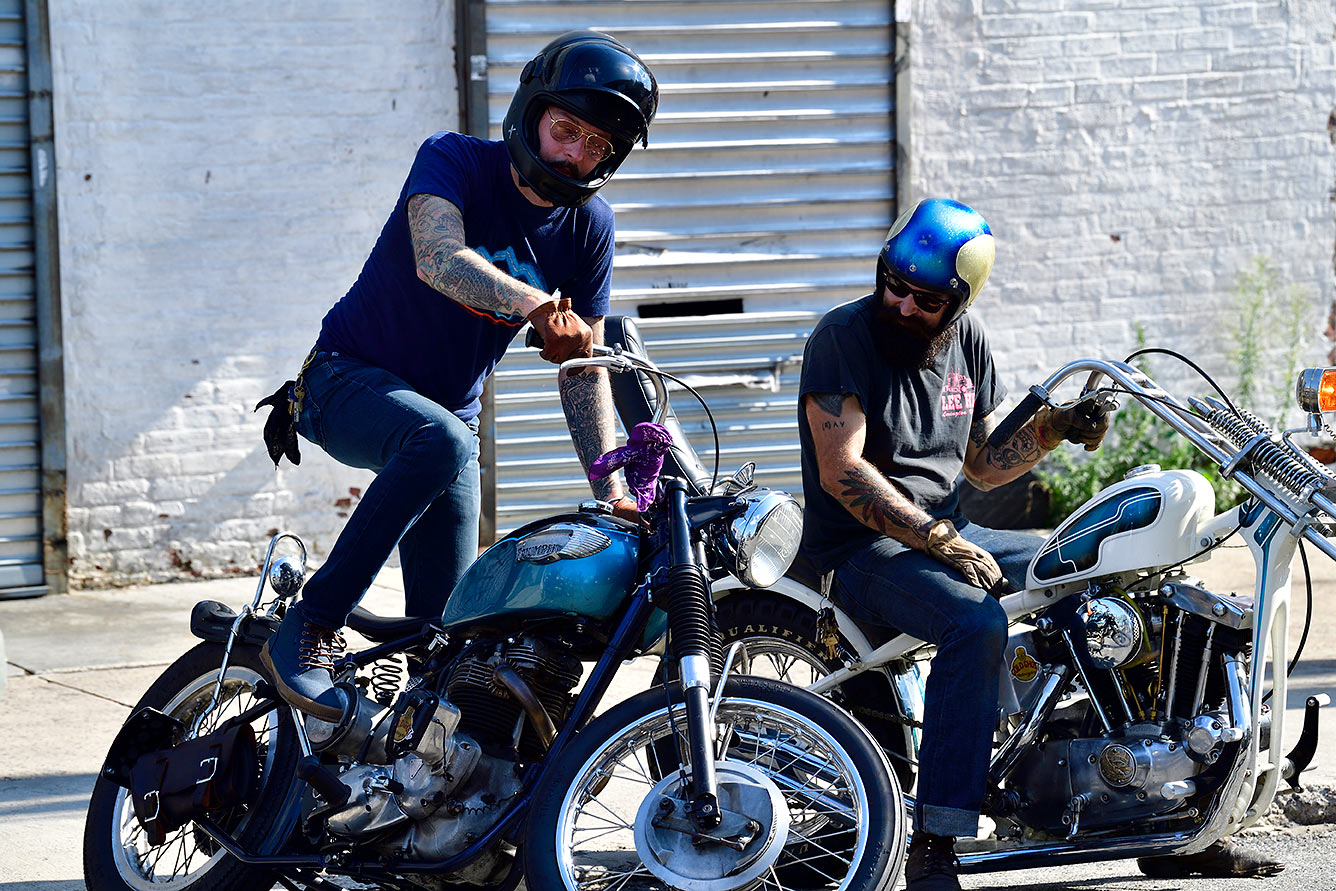 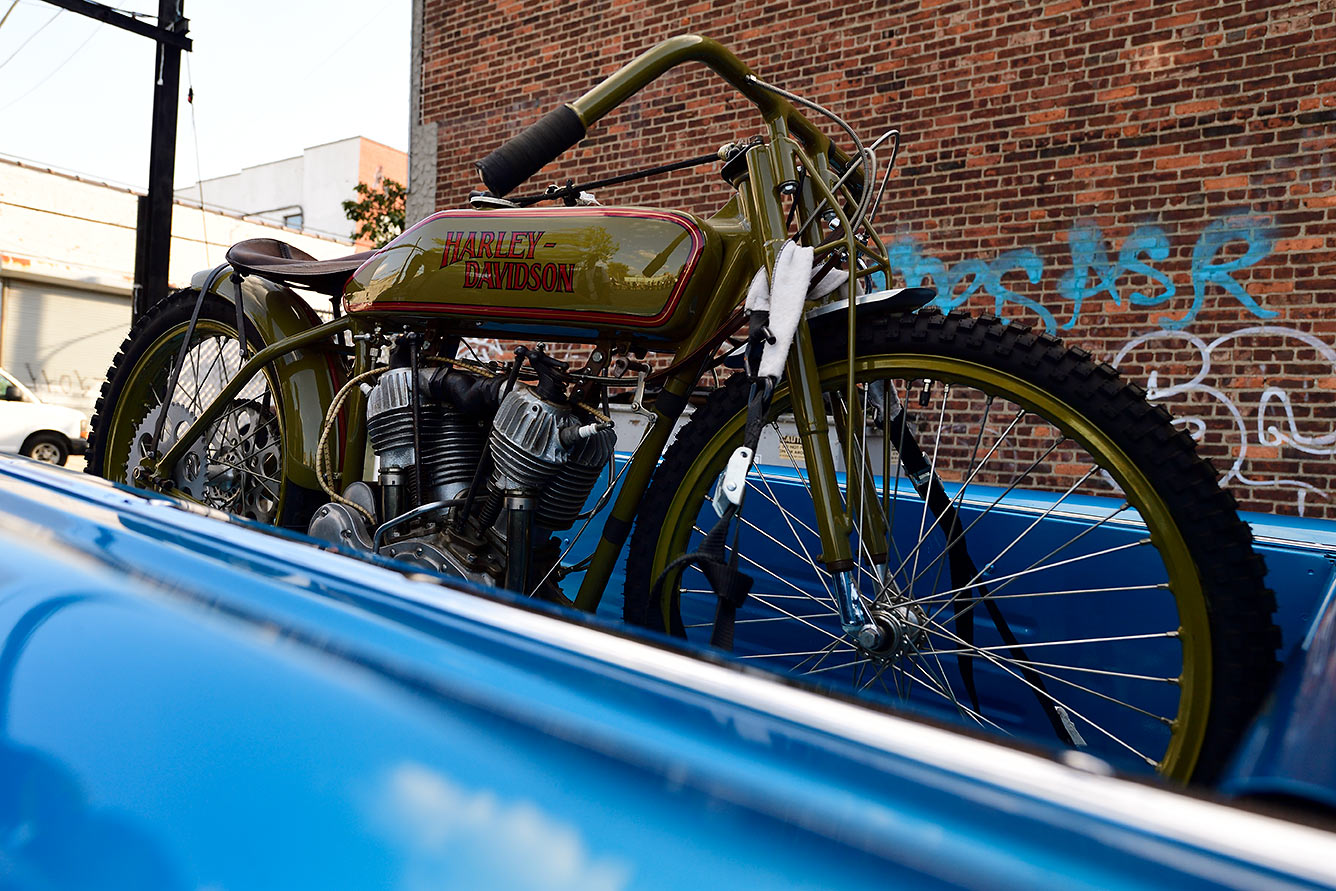 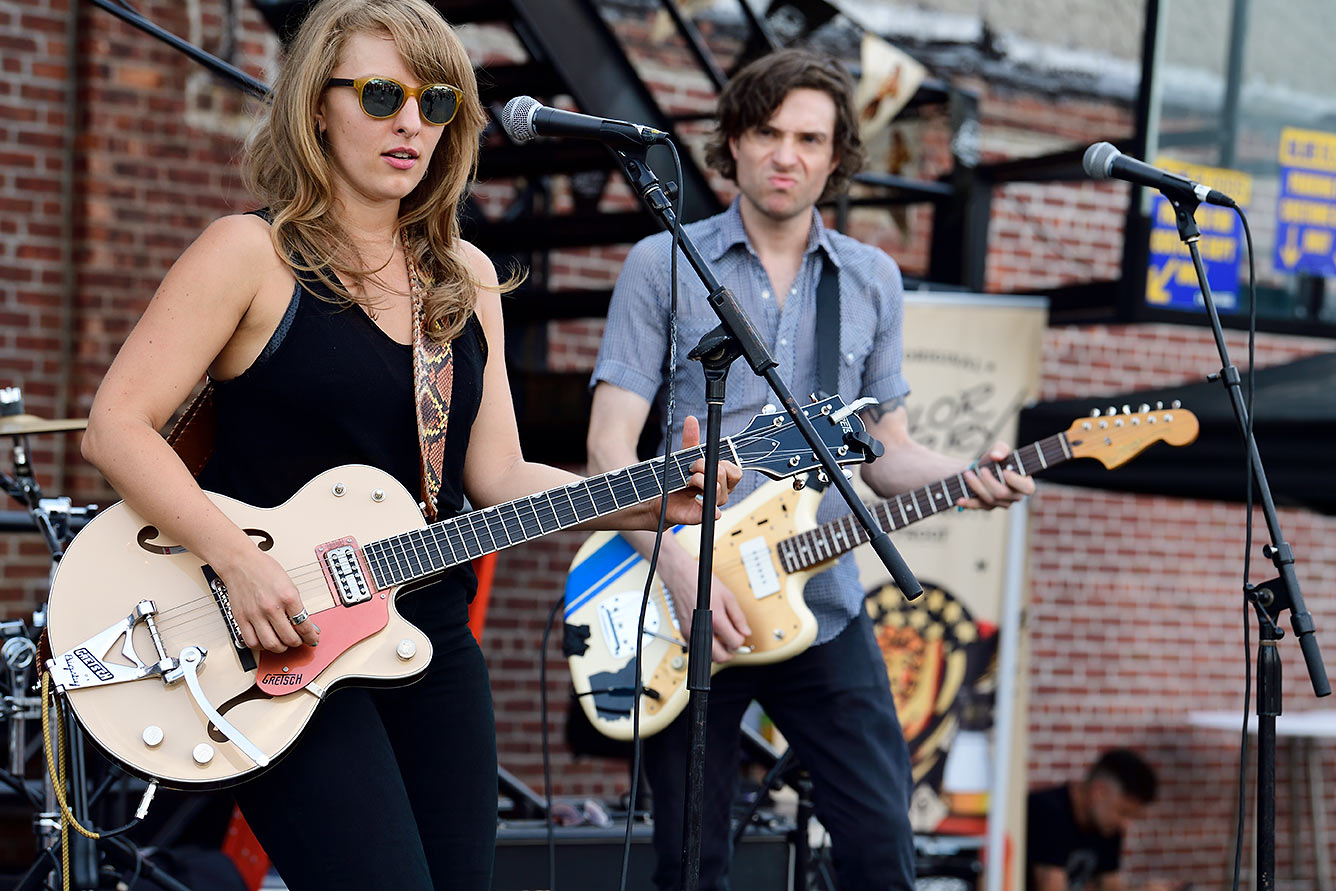 “The move was prompted by the very real need to find a new spot as NYC still has no plan in place for reopening music venues at this point in time,” says Fox, who has called the Big Apple home for the past 36 years. “We were saddened to cancel 2020's show due to the COVID-19 pandemic but were well aware that the seriousness of the situation well surpassed the importance of our own plans. And we continue to feel compassion and empathy for the great number of working people that have been hard hit by the impact of it all.”

While Warner managed Brooklyn Bowl and Fox was a chef at the venue, the new event locale, run by The Race of Gentleman creator Mel Stultz, is a fitting change as SLDG has always included race bikes from the New Jersey Fall beach event. And both Fox and Warner are frequent TROG competitors on a range of vintage iron racers.

“Obviously having the show out at Mel's, who is known in so many different circles, adds to the familiarity of the event, and his experience and war stories from putting on so many different massive events come in handy,” Warner says. “He had always been there whenever we had a question or needed a favor, and we're lucky to have the relationship we do.”

Long Tall Shorty’s is located in the community of Asbury, New Jersey, a lush, hilly spot on the western side of the state, about 73 miles from Brooklyn, or about a 1.5-hour ride.

“I can't wait to spread out over the rolling, green acres and enjoy all of the benefits that come from moving outdoors,” Fox says. “The venue features several custom-crafted vintage campers which have been retrofitted to serve as satellite bars. There's a very intimate music stage, multiple fire-pits for bonfires, and charming string-lights throughout the surrounding giant trees, creating a wonderful glow after sundown.”

Warner adds: “It's a throw a blanket down, take off your shoes, crack a bottle and frolic in the grass with your friends kinda vibe. Something we all could use after being pent up in our homes for the better half of a year.” 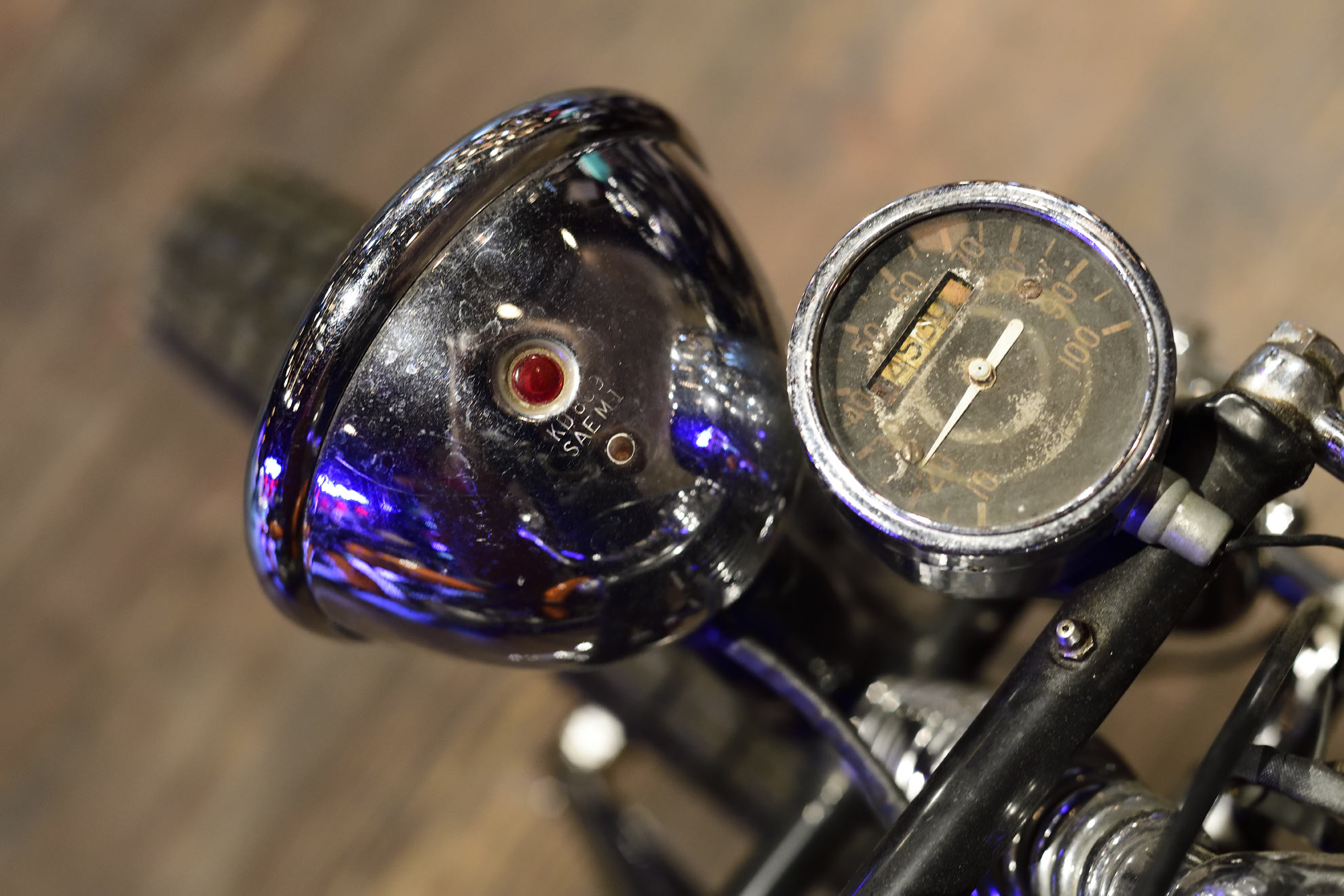 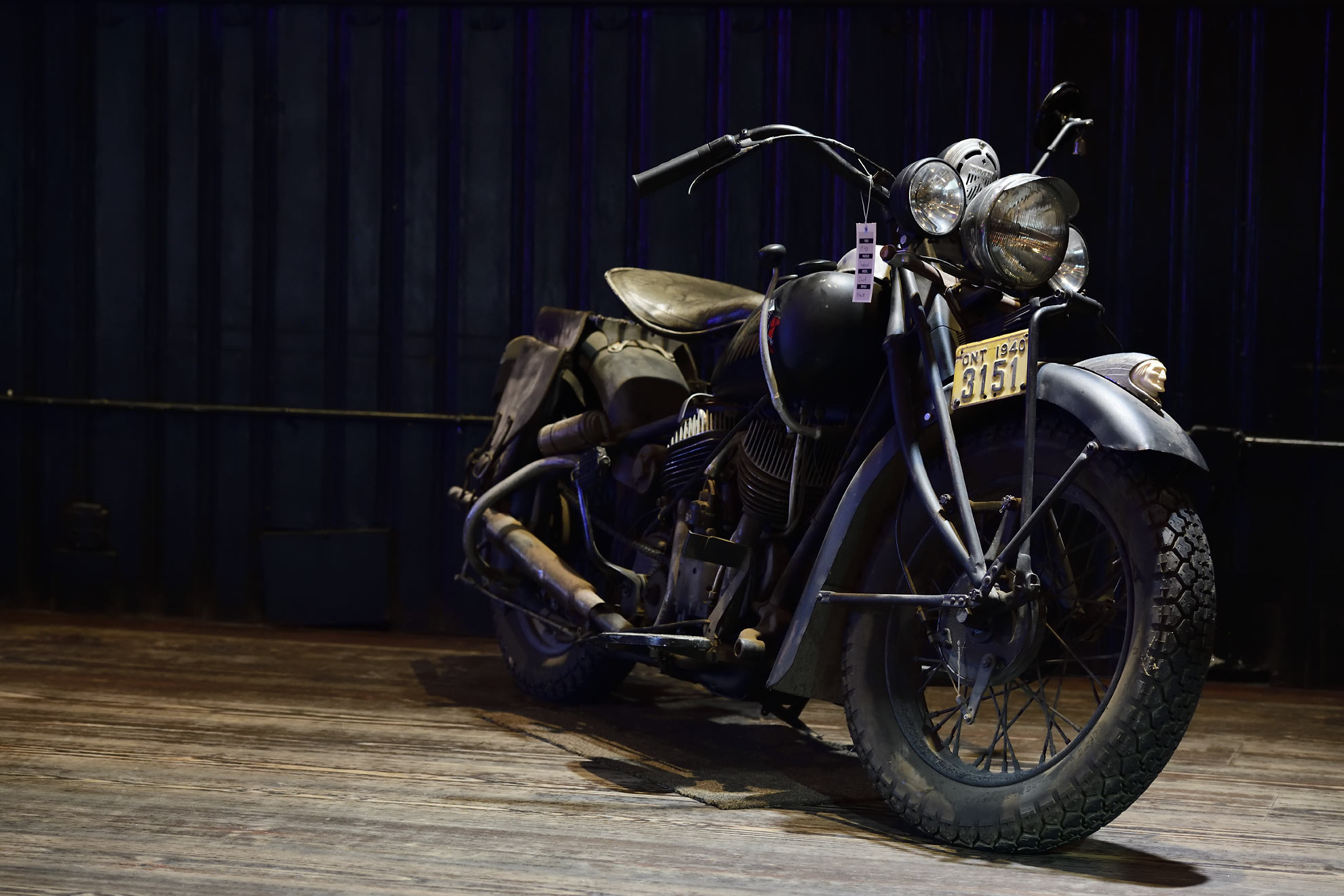 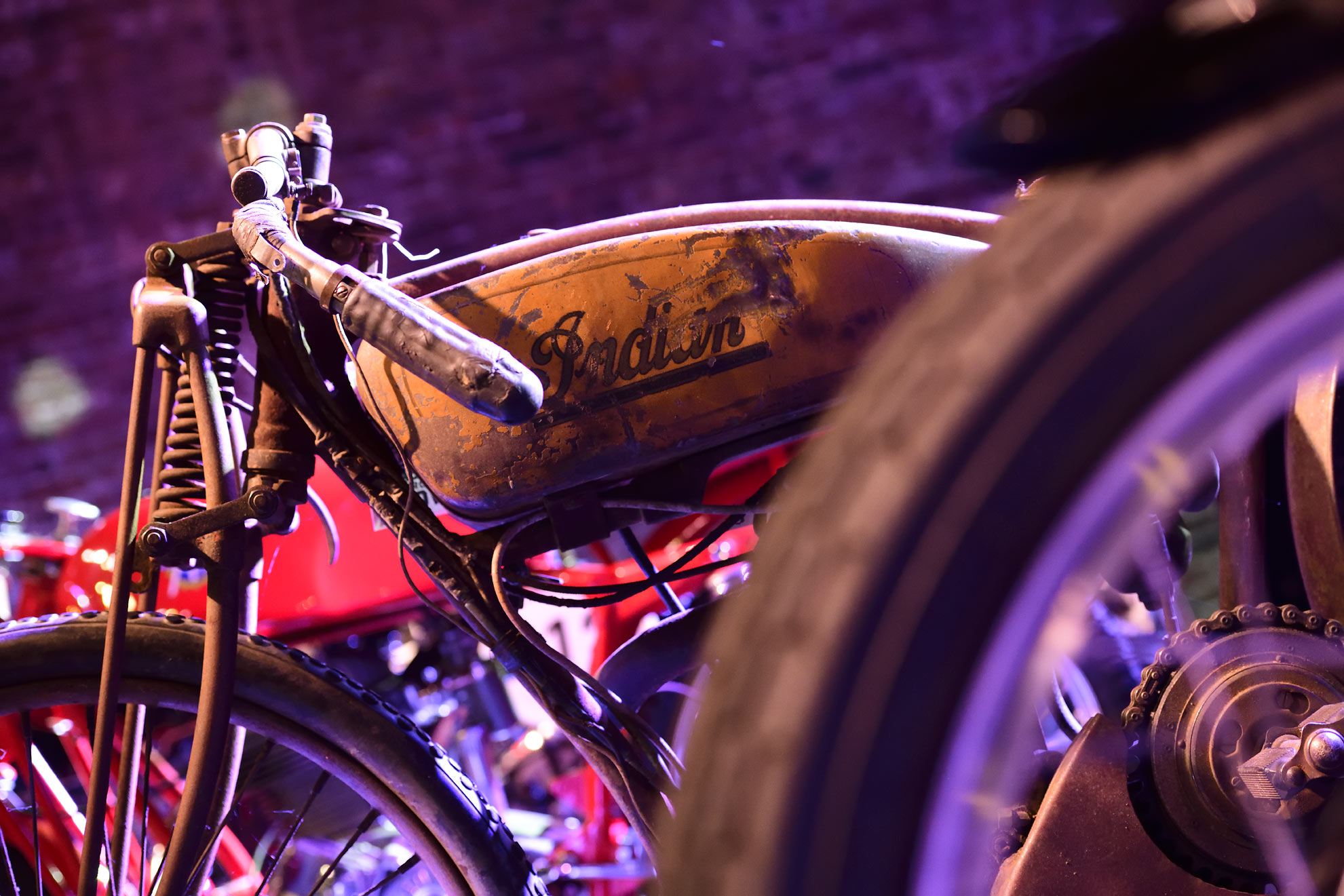 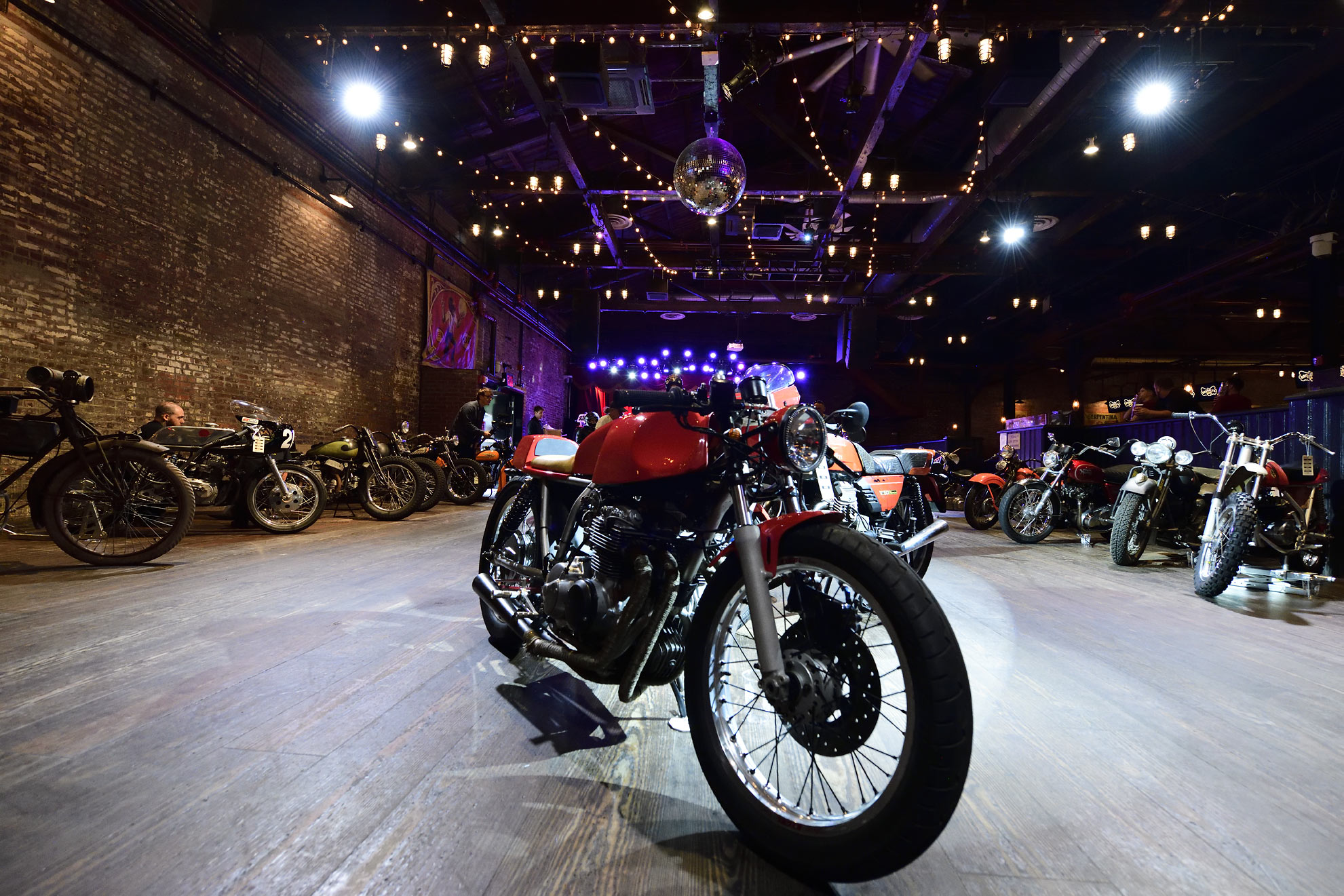 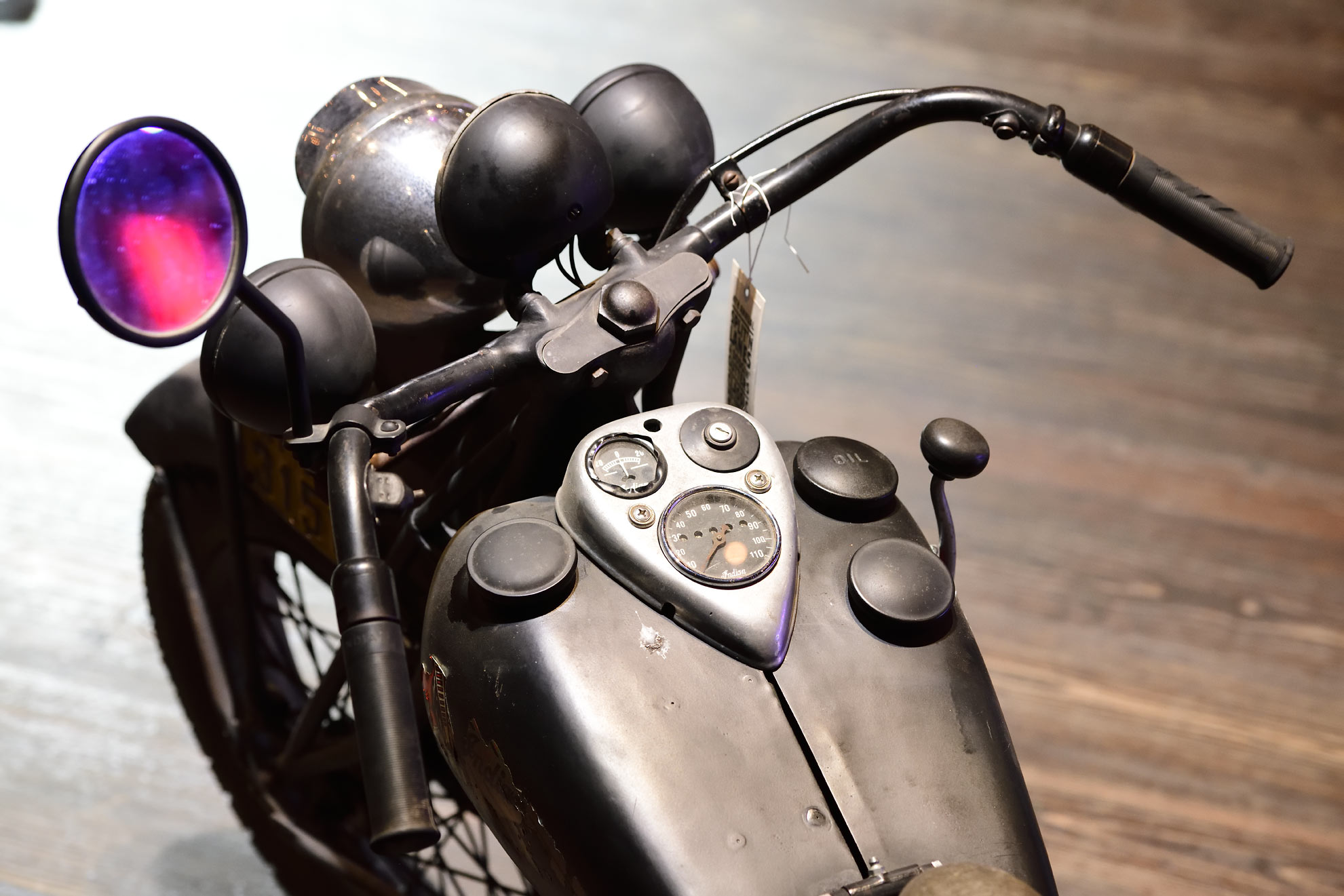 We feel confident that folks are more than ready to get together safely, to celebrate their love of old motorcycles, and also feel certain that everyone will get more entertainment packed into three days than they've experienced in a while.

And there’s the space, room to exhibit well over 100 vintage bikes in all their glory.

“Because so much is different this year, with three full days outdoors, and perhaps most radically, NOT in NYC, we pretty quickly realized that we needed a new name,” Fox added, “so Basket Case Productions now presents: 'Split'n Lanes Hits the Road'.

“Our new name is meant to invoke every rider's primal desire, hitting the open road. And one of our favorite features of the new venue is the fact that 1/2 mile up the road, is a full campground, offering both RV sites for those who are hauling several machines to exhibit, and basic tent sites, hopefully inspiring many to bungee a sleeping bag on their bike and ride. The campground leaves no excuses for anyone contemplating a full weekend of fun and friends.”

Even though Fox and Warner have only just recently started to recruit riders and their vintage bikes for the 2021 incarnation, excitement in the community has already got some far-reaching takers.

Recently confirmed are an entrant from California, who’s arriving via Canada, and a top custom builder, hauling three machines from New Mexico.

“To those wonderful regulars who are used to simply walking-in off the street in Williamsburg, we say ‘Sorry, but damn it, it's time to get on a bike and show us what you're made of',” Fox says with a sparkle of fire in his eye. “Start planning now … you'll make it.”

As with 2020, the event’s final look is obviously contingent on where the US stands health-wise as of August, but Fox points out enticingly that the venue’s campground even includes an Olympic-sized pool. 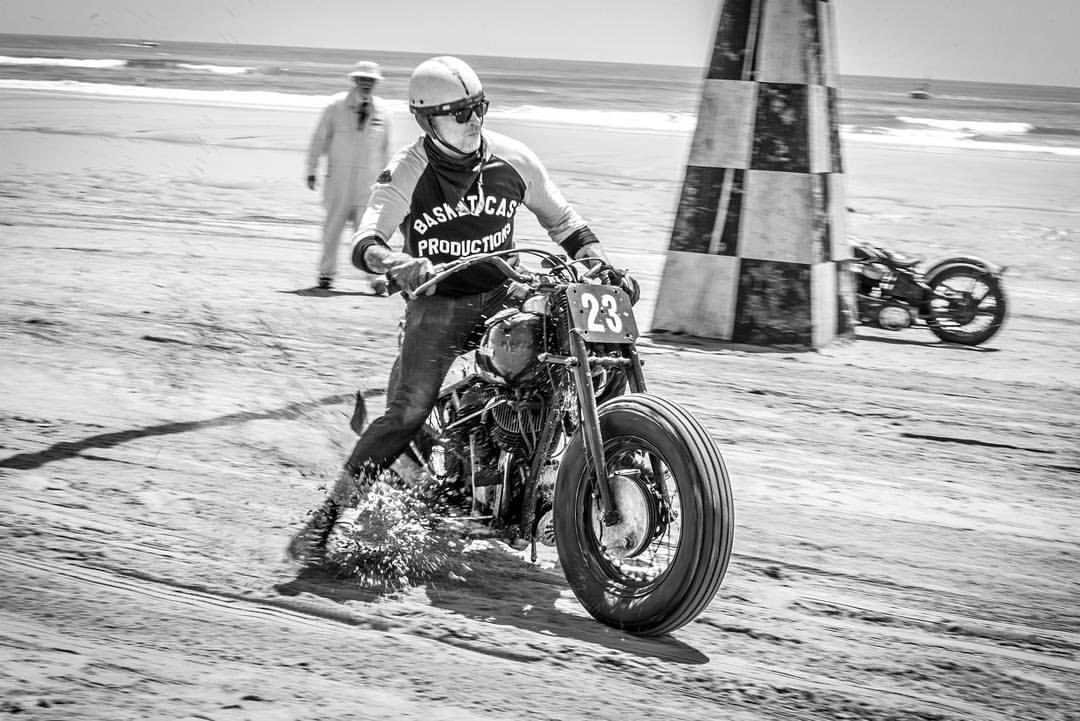 It's a throw a blanket down, take off your shoes, crack a bottle and frolic in the grass with your friends kinda vibe. Something we all could use after being pent up in our homes for the better half of a year.

‘Split'n Lanes Hits the Road’ will kick off, rain or shine, Friday, Aug. 20 at 3 PM with a ‘very informal’ pre-party “which allows folks to congregate, get settled at the campgrounds, laugh and celebrate everything motorcycle … Music, food, drinks,” Fox says. 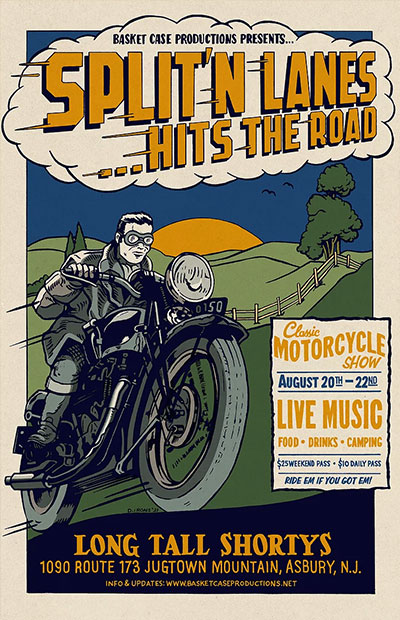 On Saturday, Aug. 21, the motorcycle show takes center stage with tons of unique machines for visitors and competitors to gawk at.

“We have some unique machines lined-up for the show that really blow my mind. So, I'm confident that other minds will be blown too. There will be vendors, and currently-still-in-the-works extra entertainment. Sorry, I can't spill the beans just yet … As if tons of motorcycles aren't somehow entertainment enough.”

Fox also stresses, that like the Brooklyn-based past shows, SLHR will be a family friendly event.

“We’re still working on some ideas to help keep the kiddies happy too. We’ll have several live bands, and of course more food and drinks available.

Sunday, Aug. 22 will feature a Breakfast & Swap Meet, with the focus being on old bike parts and several general-interest vendors.

Organizers are currently looking for sponsors.

“Obviously, with pretty much every industry being affected over the past year by the pandemic a lot of companies that otherwise would be, are not in a position to support and come on as sponsors,” Warner says. “We're optimistic that some of our partners from over the years will still be able to be a part of this year’s show as well as some new names wanting to come on board.”

One major departure from past events will be the introduction of a modest paid entry.

“Because of the giant scope of this event, we will be charging $25 for the entire three-day weekend, with a $10 option for Saturday's show as a standalone ticket. We feel confident that folks are more than ready to get together safely, to celebrate their love of old motorcycles, and also feel certain that everyone will get more entertainment packed into three days than they've experienced in a while.”

Expect more surprises to be announced leading up to August, as well as an online page to purchase advance tickets, Fox says.

Get those bikes fired up. 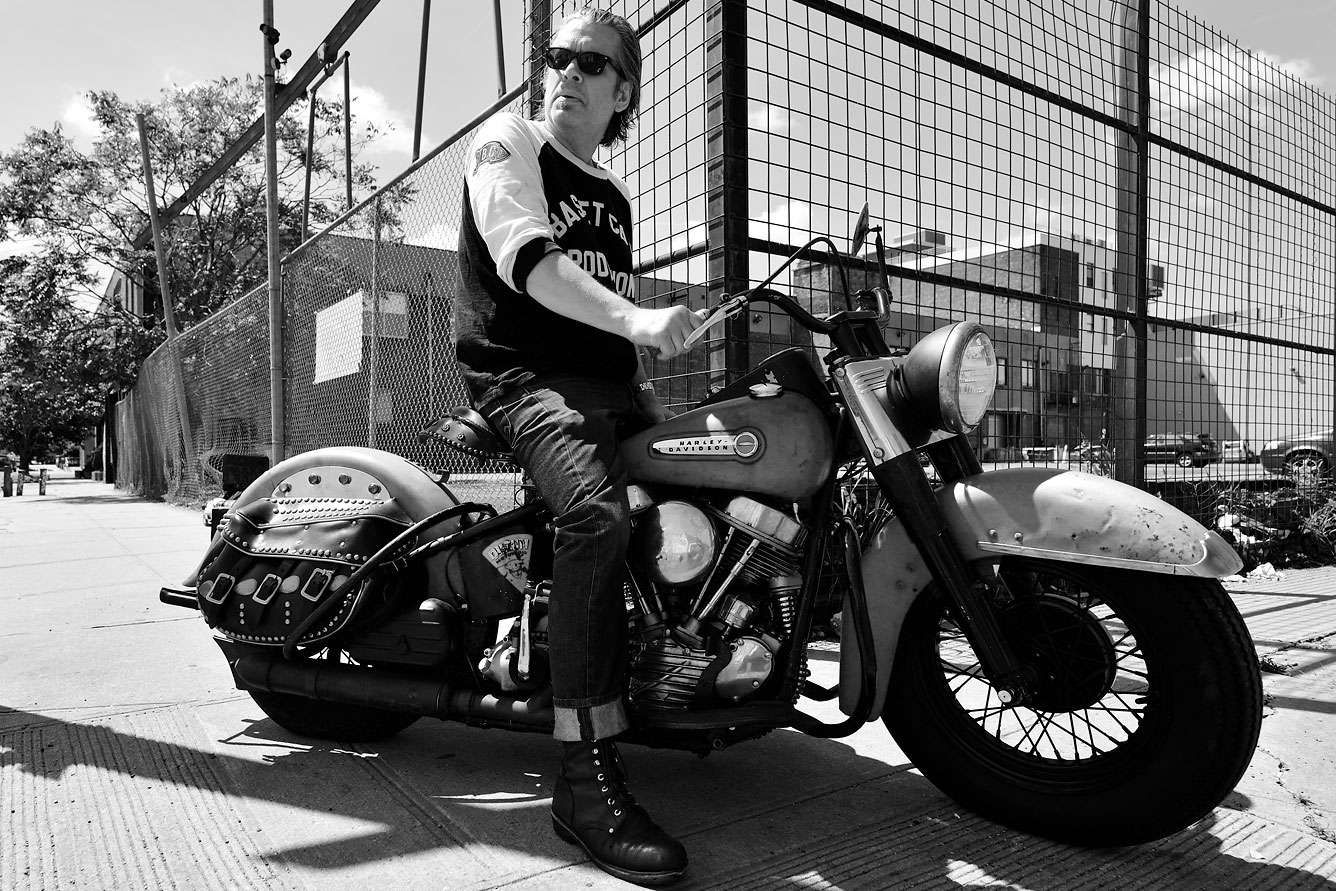 For sponsorship inquires, please email Warner and Fox at: timwarner23@gmail.com or girardfox@aol.com. And follow Basket Case Productions on Facebook and Instagram for all the latest updates. 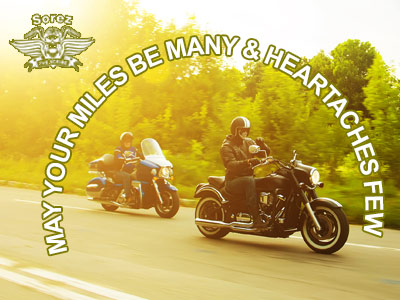 Sorez the Scribe's Poem, May Your Miles Be Many & Heartaches Few 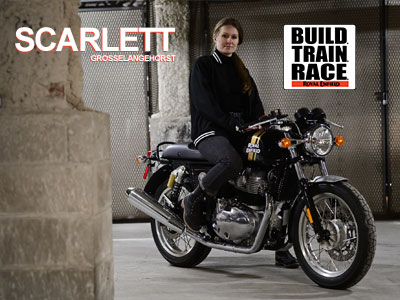