Between The Legs: A Motorcycle Podcast 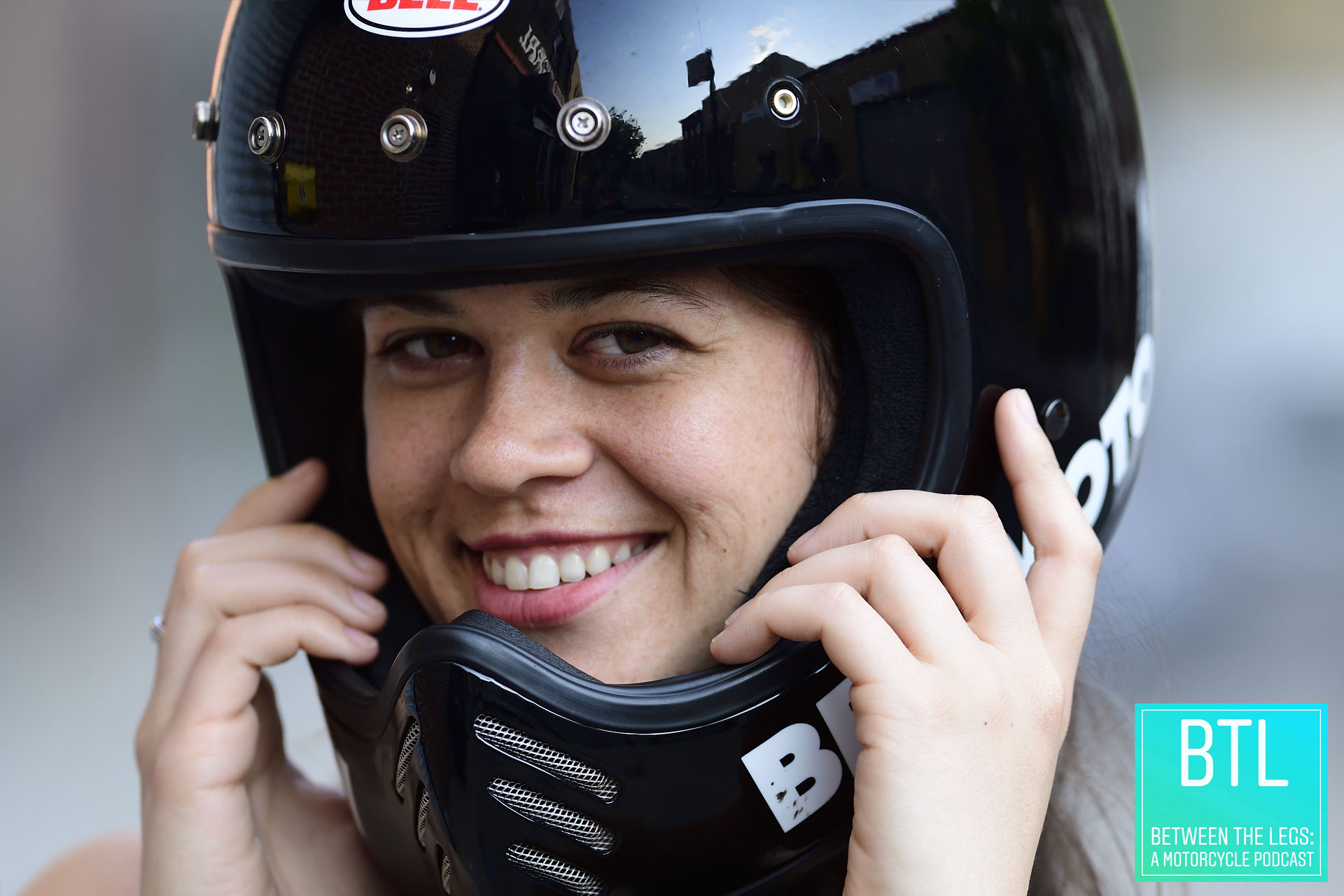 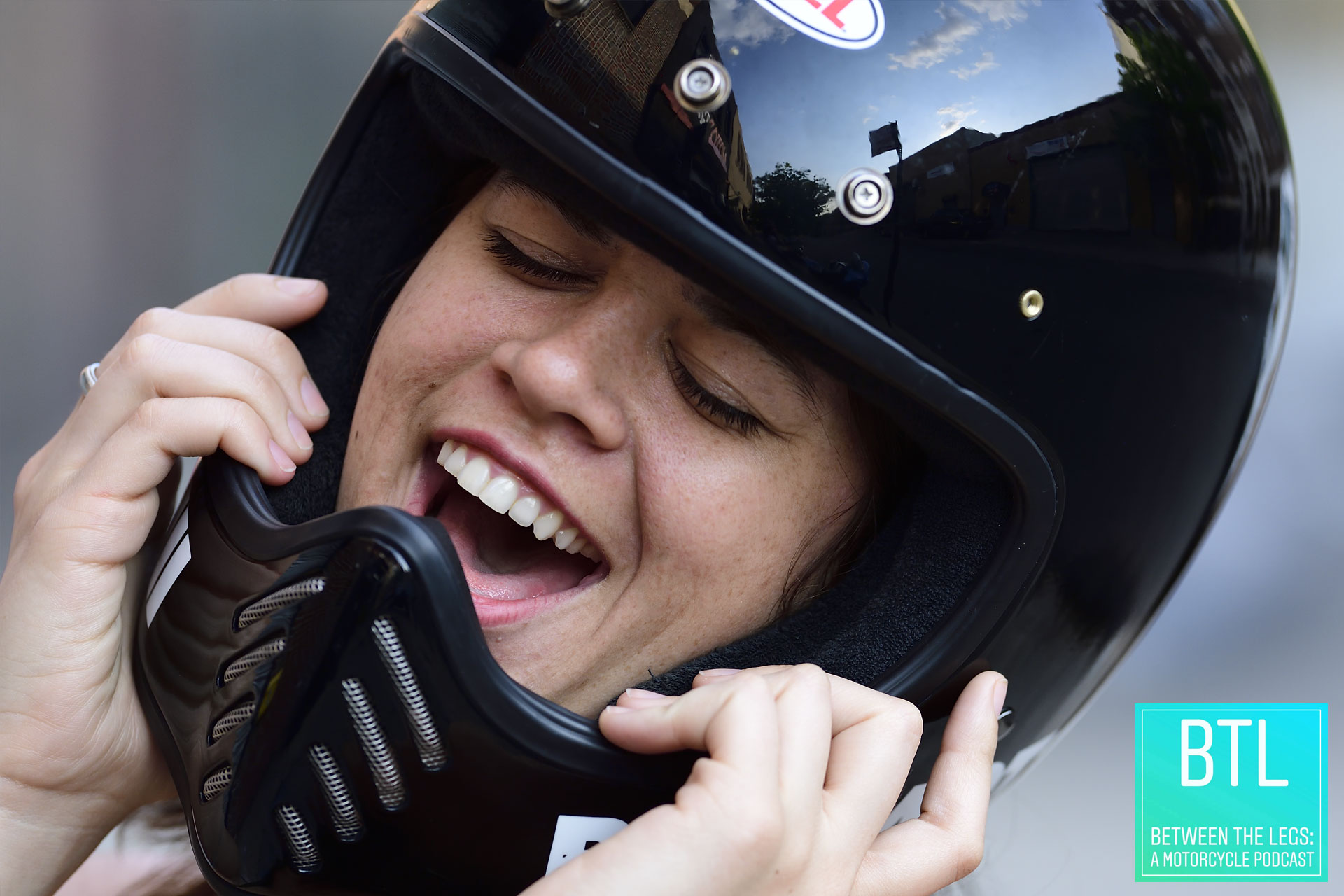 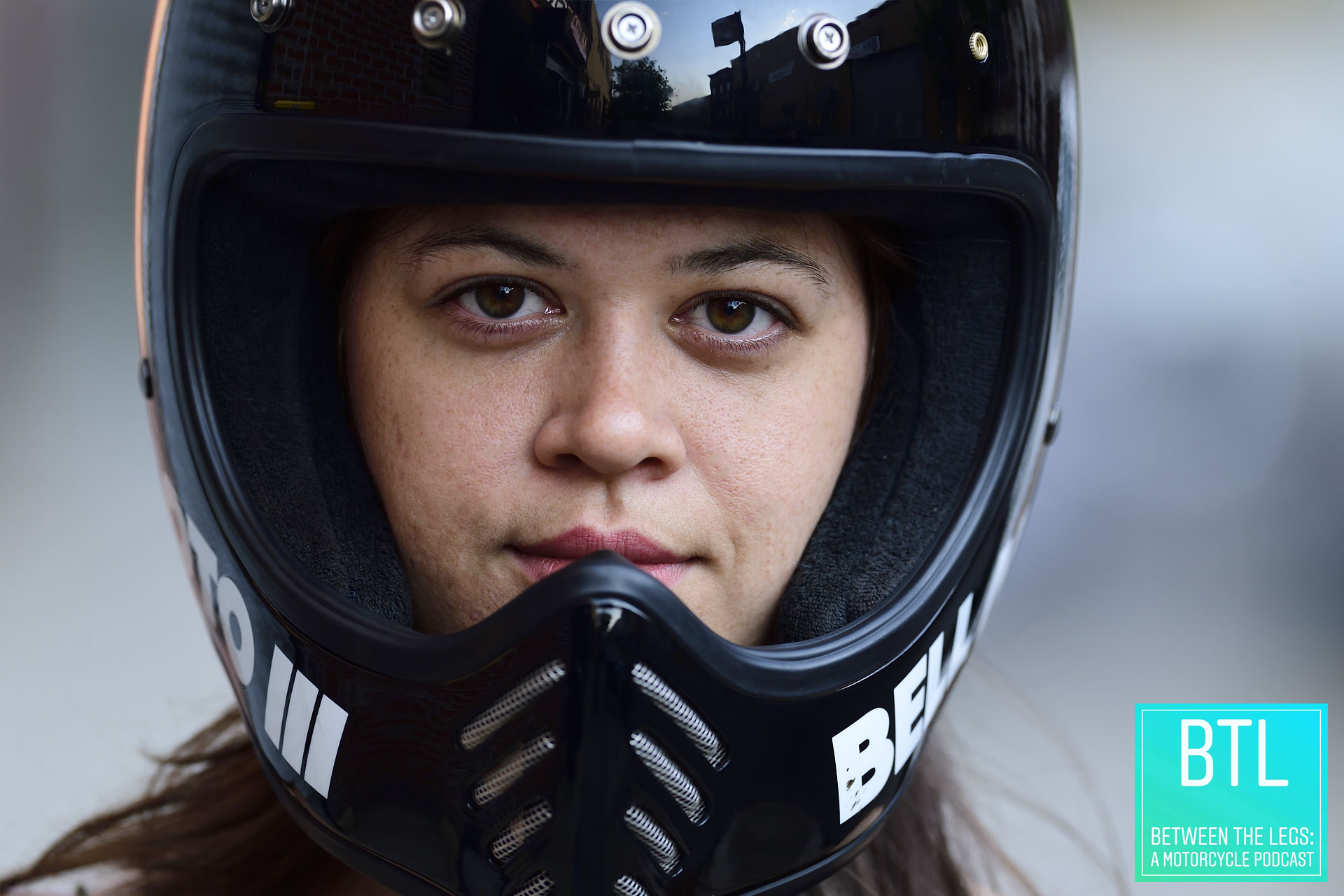 CAPTURING THE ESSANCE OF THE LOCAL MOTO SCENE

Local moto enthusiast Sarah Taylor is taking her two-wheeled interest to the airwaves this Saturday with a new bi=weekly community-based podcast aimed at like-minded gearheads.

The June 1 kickoff for Between The Legs – BTL for short – will see Taylor interviewing Leslie Padoll of Breaking Hearts & Burning Rubber fame on how she came up with the idea for her women’s boots and apparel company, and the challenges of owning a small business.

“Anyone can listen … it’s not just about motorcycles,” says Taylor. “It’s about entrepreneurs and empowerment. It’s about community and jokesters. A lot of it is representative of why I even started this thing ... to have fun.”

The 26-year-old software saleperson first came to NYC from Marietta, Georgia three years ago for work, and took the opportunity to also get her first motorcycle license. Since then she has lived the city’s moto lifestyle – the good and the bad – hooking up with the folks at Motorgrrl Garage and becoming a member of The Litas NYC, but also more recently becoming a unwanted statistic with the theft of her first bike … a Suzuki GS500F she dubbed ‘Suzie’.

“In the first week (I owned the bike) it was towed. I didn’t have my plate yet and couldn't park it anywhere but the street. That was a pretty good indicator of how my first year would go - a bunch of hard lessons.”

The theft of Taylor’s bike happened right in front of her apartment earlier this year.

“It’s crazy. You hear stories but you never think it’ll be you. Not too sure why they would have wanted her … she’s 10-plus years old, which means parts are harder to get.” 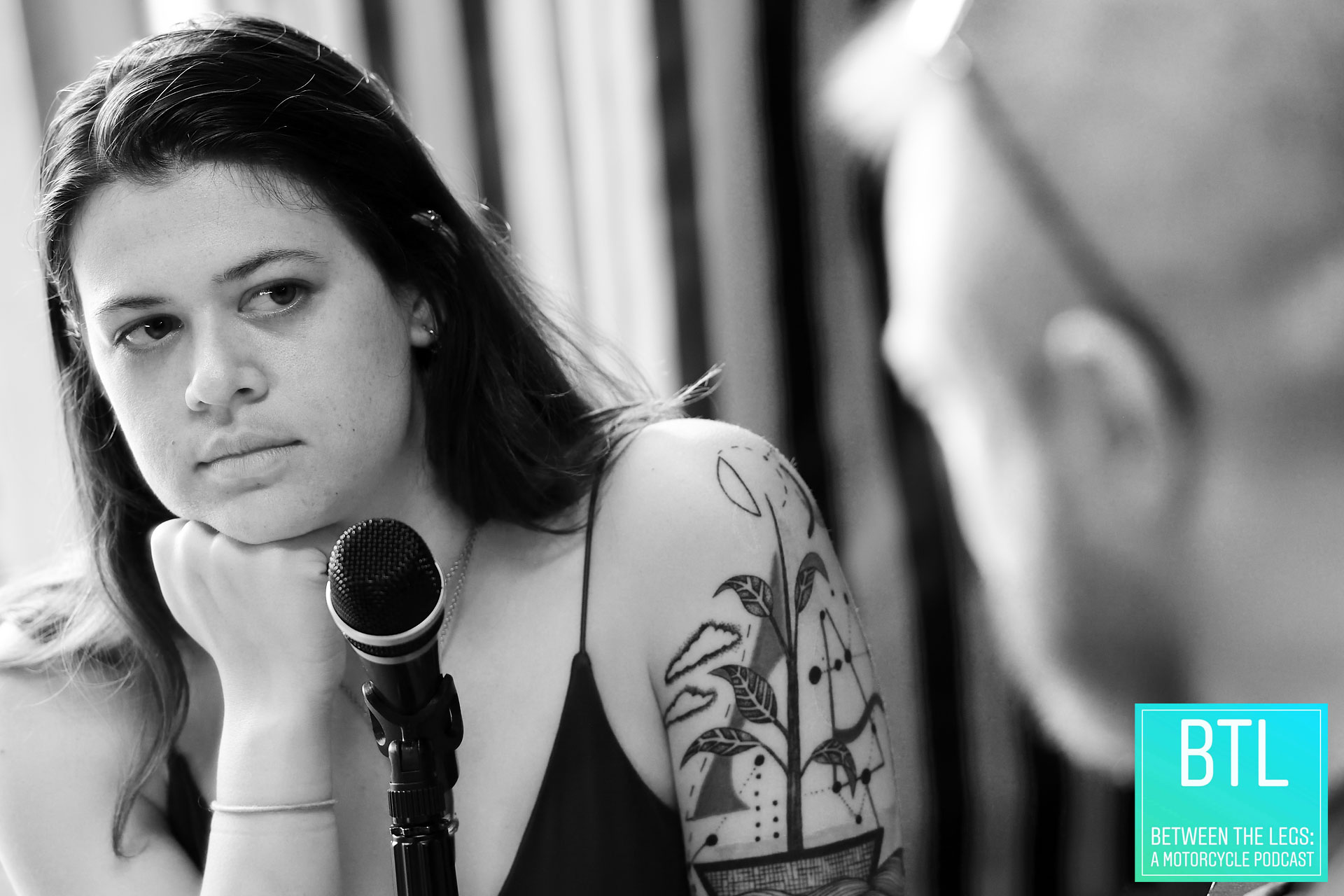 Anyone can listen … it’s not just about motorcycles. It’s about entrepreneurs and empowerment. It’s about community and jokesters. A lot of it is representative of why I even started this thing ... to have fun.

BTL is a culmination of Taylor’s local moto experiences – two season’s worth – and the contacts she has made along the bumpy journey.

“The first year (of the podcast) is going to be an ‘evolving’ period,” she said. “(The idea) started with talking to riders about their riding, but that’s basically the same conversation, over and over again. Pass. Now it’s in a good place where I’m talking to those in the community who contribute to it. This is what I’m really about. I get to meet all these cool people who make me realize just how small the community really is and how important it is to keep it growing.”

Taylor, who was born in St. Louis, MO, was introduced to motorcycles at a young age through her father.

“My dad was the first person I knew to ride. My mom tells me they didn’t have enough money at one point for a car, so she bought him a motorcycle and a parka. I love that story. He’s had several bikes since then, and I loved being able to ride with him. Once we went on an FCA ride with 100 other riders. I was amazed by the sight of it all. He (also) got in an accident and was more upset about his laptop getting damaged than his bike. I think the way he reacted to it made it possible for me not to look at (motorcycling) like it was dangerous.”

As to the podcast, Taylor admits there are a ton of mediums – websites, vloggers, YouTube filmmakers, magazines – that currently cover the local scene, but she has plans to take her storytelling to the next level.

"For now, it’s 30- to 45-minute conversations between two-plus people that share a common ground … motorcycles,” she said. “Eventually I want to not just converse with people, but to ride with them too. That takes a bit more planning. When you ride with a new friend, I’ve found it makes you feel much more open to sharing deeper, more personal stories. I’m not sure what that is going to look like, but this is what I’d love to capture.”

New podcasts will be available through Spotify, Soundcloud, and iTunes to start, every second Saturday.

“I’m trying to find more places that will host a page with access to it. The more people who can see it, the more people I’ll get to talk to one day,” she said, adding the interview process is quite simple. “I record it wherever my guest is. It’s a Zoom (recorder), two microphones, and stands in case they want that. Talks are better when they hold the mics though. It has a more natural tone to it. Background noise seemed like an issue at first, but now I like it. My parents would say ‘it adds character’.” 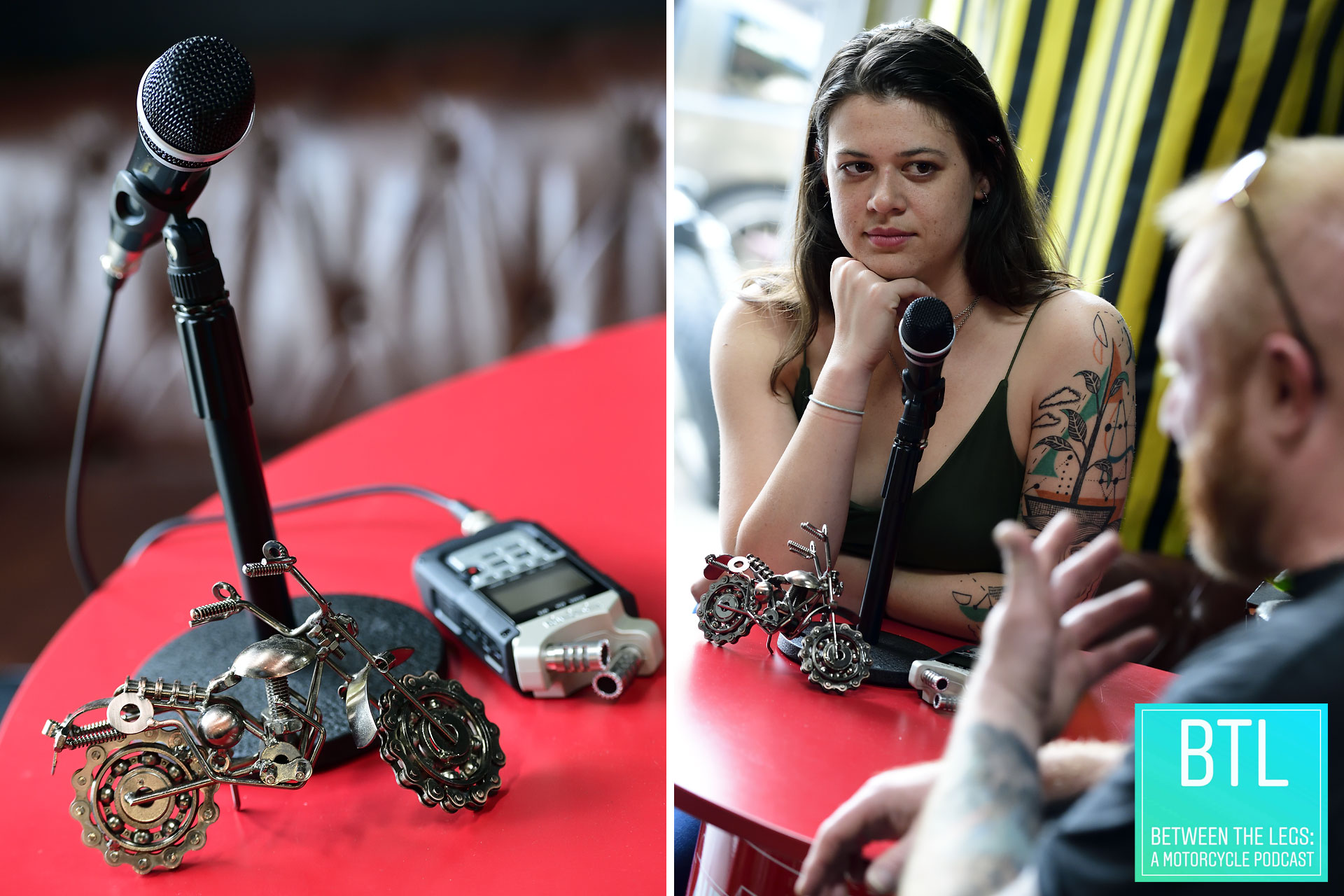 Eventually I want to not just converse with people, but to ride with them too. That takes a bit more planning. When you ride with a new friend, I’ve found it makes you feel much more open to sharing deeper, more personal stories.

And then there’s the long term ‘pie-in-the-sky’ goals. Taylor has a few.

“I would die to turn this into a traveling gig … go across country meeting randoms and collecting their stories. People like visuals though, so it would likely need to evolve into a short or something. Oh! Then something like VICE could pick it up and I can spend the rest of my life traveling on a bike talking to people … dreams.”

Coming back to earth to address more immediate concerns, Taylor is currently in the market for a new bike to replace her stolen ride.

“I love the look and feel of a standard but there’s something really intoxicating about a cruiser. Now that I need a new bike, I’m realizing how many brands I don’t know about. Ugh! It’s like dating all over again. What’s good for city riding (which is hard on bikes), is going to give me the speed I want, and is going to be good for a week-long ride with 100 pounds of camping stuff?! I just don’t know.”

Taylor is already using those community resources and channels she wants to promote through the podcast to help her answer that question.

“MotorGrrl and The Litas are really helpful to me now that I’m comfortable in the community,” Taylor said, adding at first, she found both intimidating. “That’s not to say they aren’t welcoming to new people. The overall introduction to riding and maintenance is intimidating to anyone who doesn’t know about it. It just takes some initiative to get there.”

Taylor added, as a new rider, joining The Litas meant that she wasn’t alone as a woman in a heavily male dominated sport.

“As a seasoned rider, it’s more about empowerment. There’s a group message that we’re constantly on making plans for rides or ladies-only events. That’s very cool.” 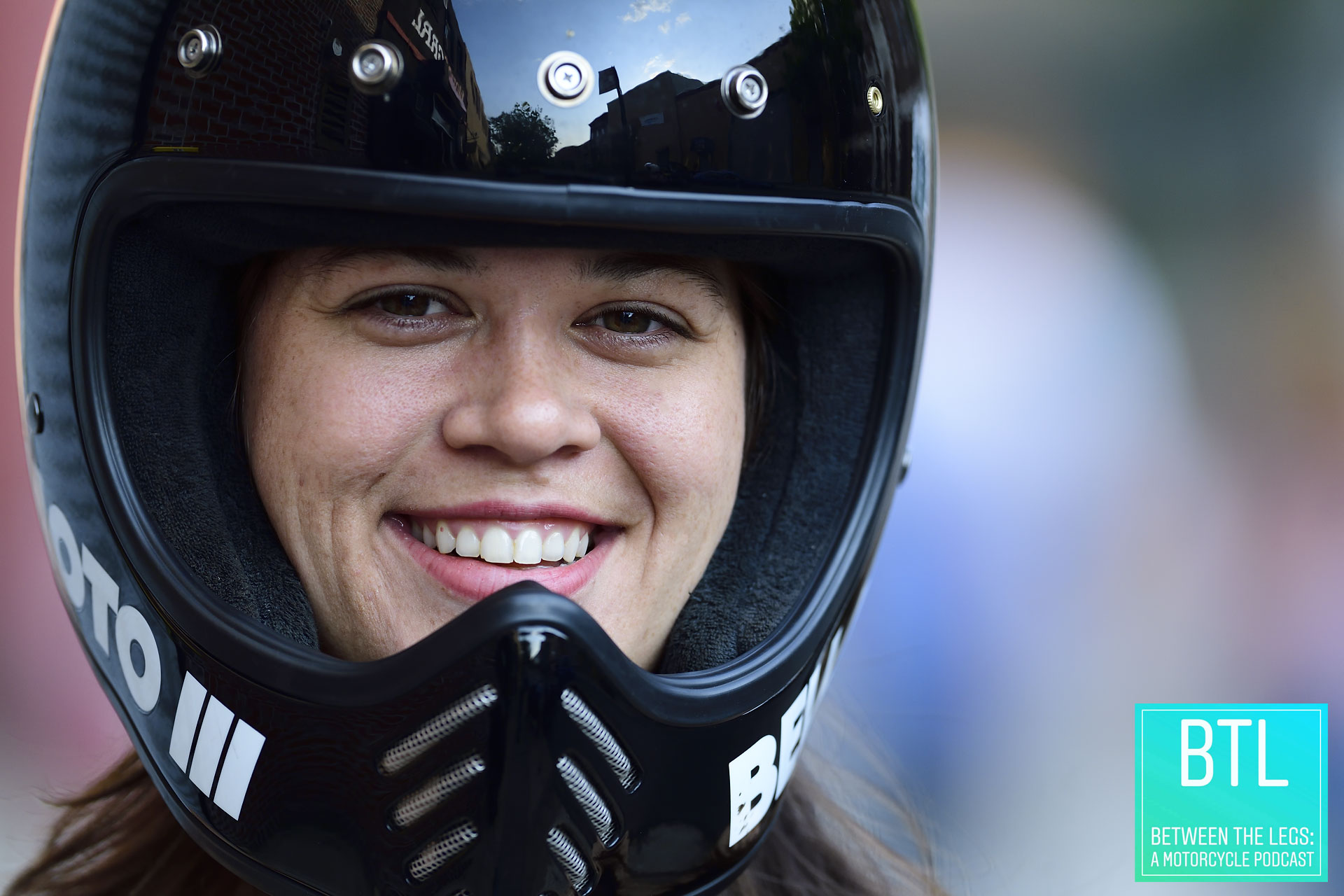 Taking apart an engine, trying a track day, successfully making a small jump on a dirt bike ... bucket list material. The moments I feel most in my zone though are when I’m riding by myself through the woods. It’s a high that I keep chasing.

As a whole, Taylor says she finds the NYC moto community extremely supportive.

“Everyone is willing to help each other. It’s incredible. They see a rider on the side of the road, and they loop around to make sure you’re okay. Shout out to the stranger that pushed me over the bridge last summer with his foot while also riding his bike.

“You’re not sure what’s wrong with your bike? Go online,” she adds. “There are countless groups you can join that respond with answers from their own experience to offer insight. They support your dreams too. Shout out to everyone who has said ‘yes’ to helping me get this (podcast) started without even knowing me. I keep saying they as if I’m not in it – I should change that. ‘We’ … make the world a smaller place.”

When she’s not working Taylor can often be found riding up to and around Bear Mountain to practice her riding form in the curves and twisties. In the past year, through Motorgrrl Garage, she has also learned to change tires, sprockets, a handlebar, chains, oil, and gear plates.

“I’d like to see more people working on their own machines versus dropping it off for work. You get closer to your bike when you know how it works. Then again, it’s the rider’s preference to learn maintenance or not. It's whatever floats your boat.”

Taylor’s inspirations for the podcast and for her journey as a motorcyclist are an ever-widening collection of experiences both on and off her bike.

“Everyone inspires me. A little vague but true. There is always someone who is doing more than me and someone who knows more than me. I want to try it all because they show me how much fun it is. Taking apart an engine, trying a track day, successfully making a small jump on a dirt bike ... bucket list material. The moments I feel most in my zone though are when I’m riding by myself through the woods. It’s a high that I keep chasing.”

BTL fodder … as they say. Currently Taylor is doing all the outreach herself for future podcast guests. Reps from Lucifer's Pride and Dirty Billy Garage are already on the calendar.

“But If someone wants to make a recommendation, they can email me directly at taylortwowheels@gmail.com or find me on Instagram @betweenthelegs_podcast,” she said.

Update (June 11, 2019): Taylor recovered her stolen bike during the first week of June. It was found not two blocks away from where it was heisted, hidden in some bushes. 'Suzie' is repairable. 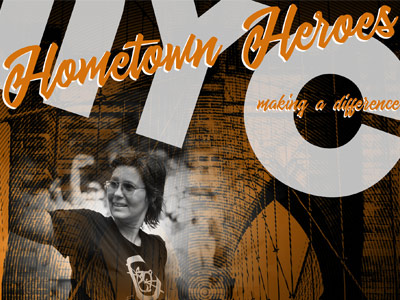 Motorcyclist Chris Peterson is featured in Part 4 of the Series 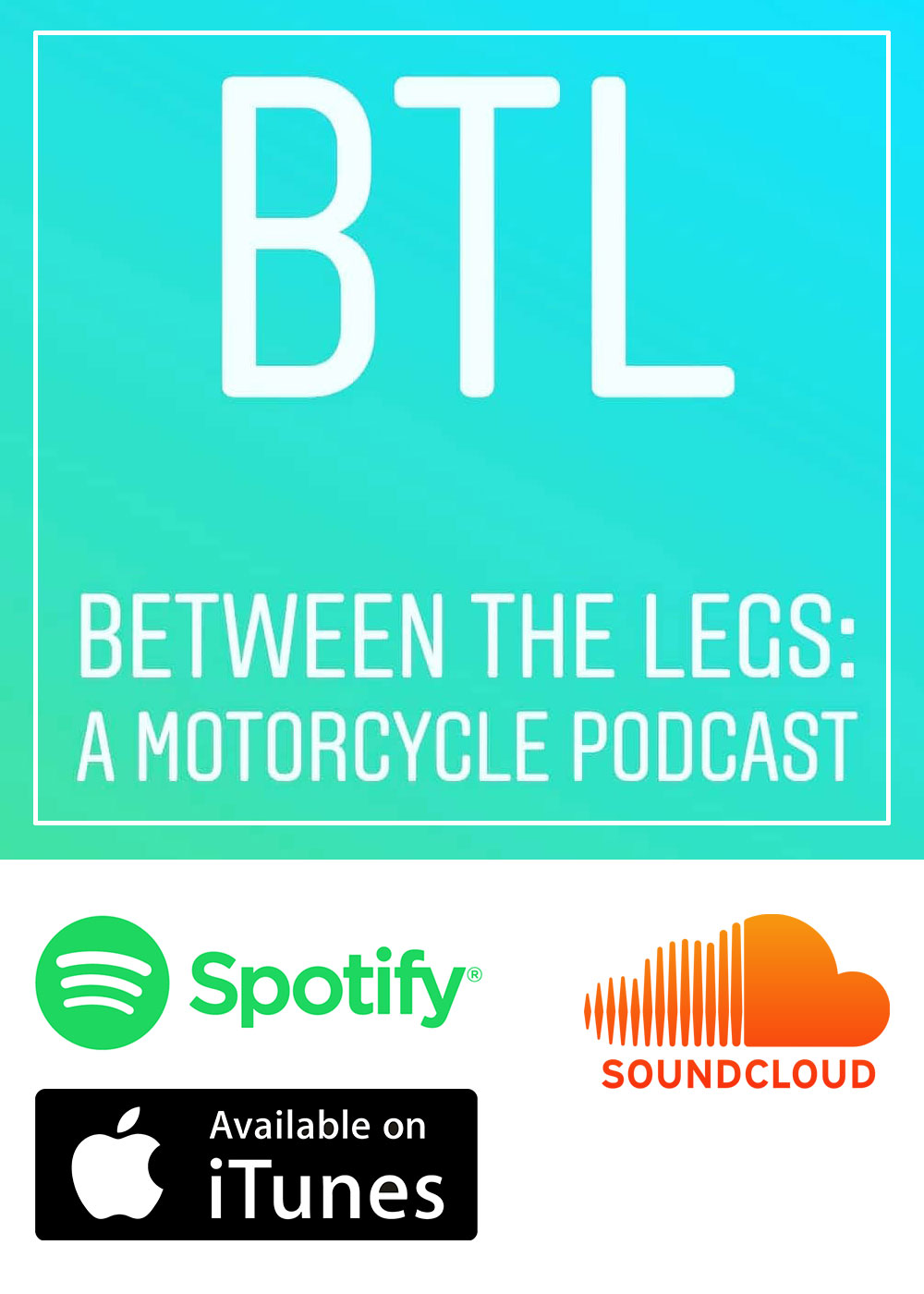