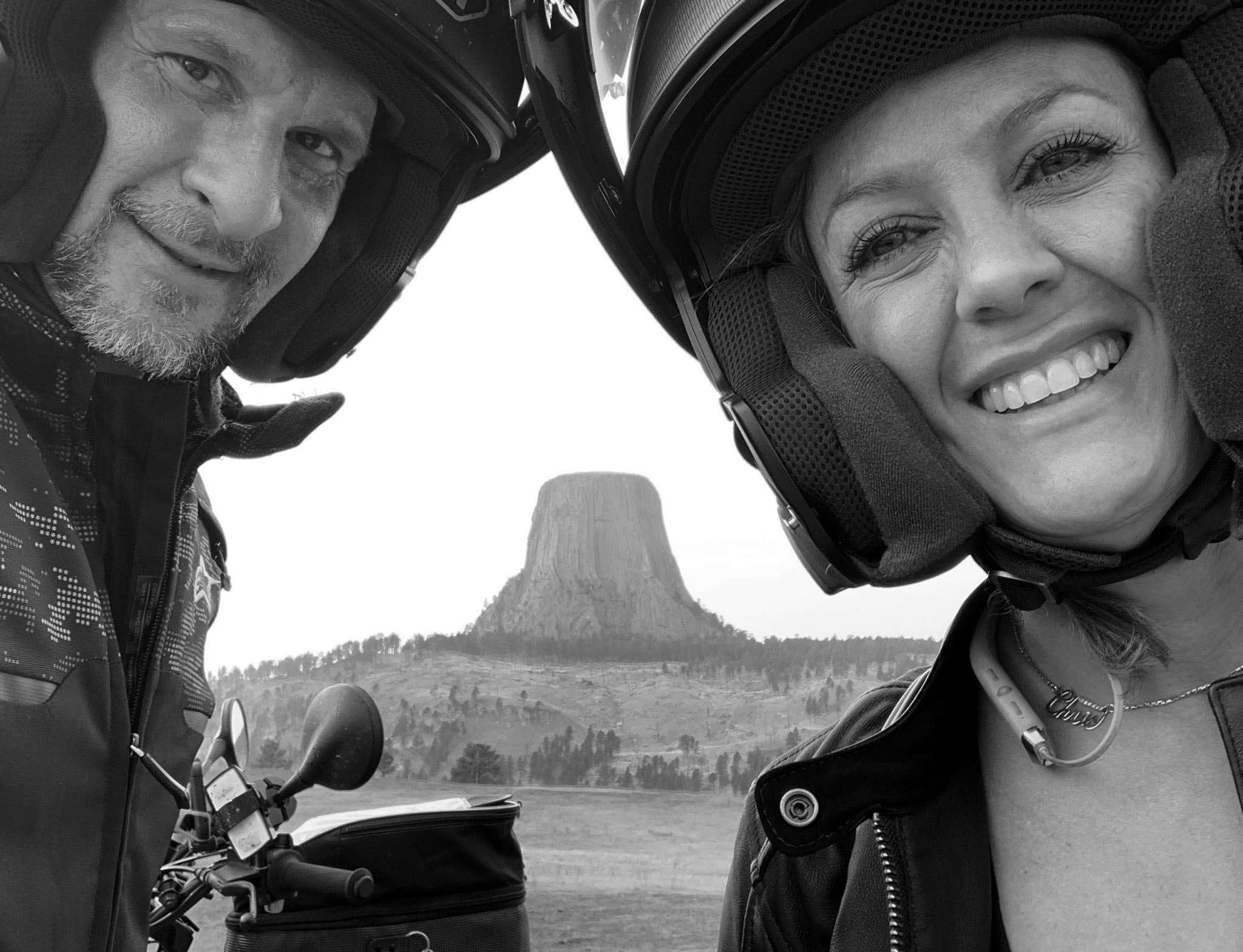 Necessity is truly the mother of invention for East Coast Koverz’ Christina LeGuillow and Chris Komishock, whose measured and unique take on the motorcycle cover was inspired by a love of motorcycling and plain, practical experience.

The East Coast Koverz (eck) variant was “generated by a lifestyle,” Komishock said during a recent interview. “Christina saw my system and developed the idea” of a cover that can fold easily into an attached backpack.

An NYC Local One stagehand and programmer for the past three decades, Komishock rides a motorcycle for his daily commute to and from work to navigate New York’s traffic maze in the most efficient manner possible.

“Chris’s night-before-work ritual always included packing a backpack, which had a yellow Shoprite bag with black string to carry his motorcycle cover,” said LeGuillow, a dental hygienist by trade and mother of two teens. “When he came home from work his cover always ended up on the bathroom floor, and I just could not fathom that there was not an easier way. He explained that it’s really windy on the West Side and he mastered getting the cover into the ShopRite bag and back into his backpack quickly. Later that night, I went searching on the internet for motorcycle covers with attached bags, and after days of searching, I couldn’t find anything. It seemed so obvious to me and I wondered, ‘How does this not exist?’" 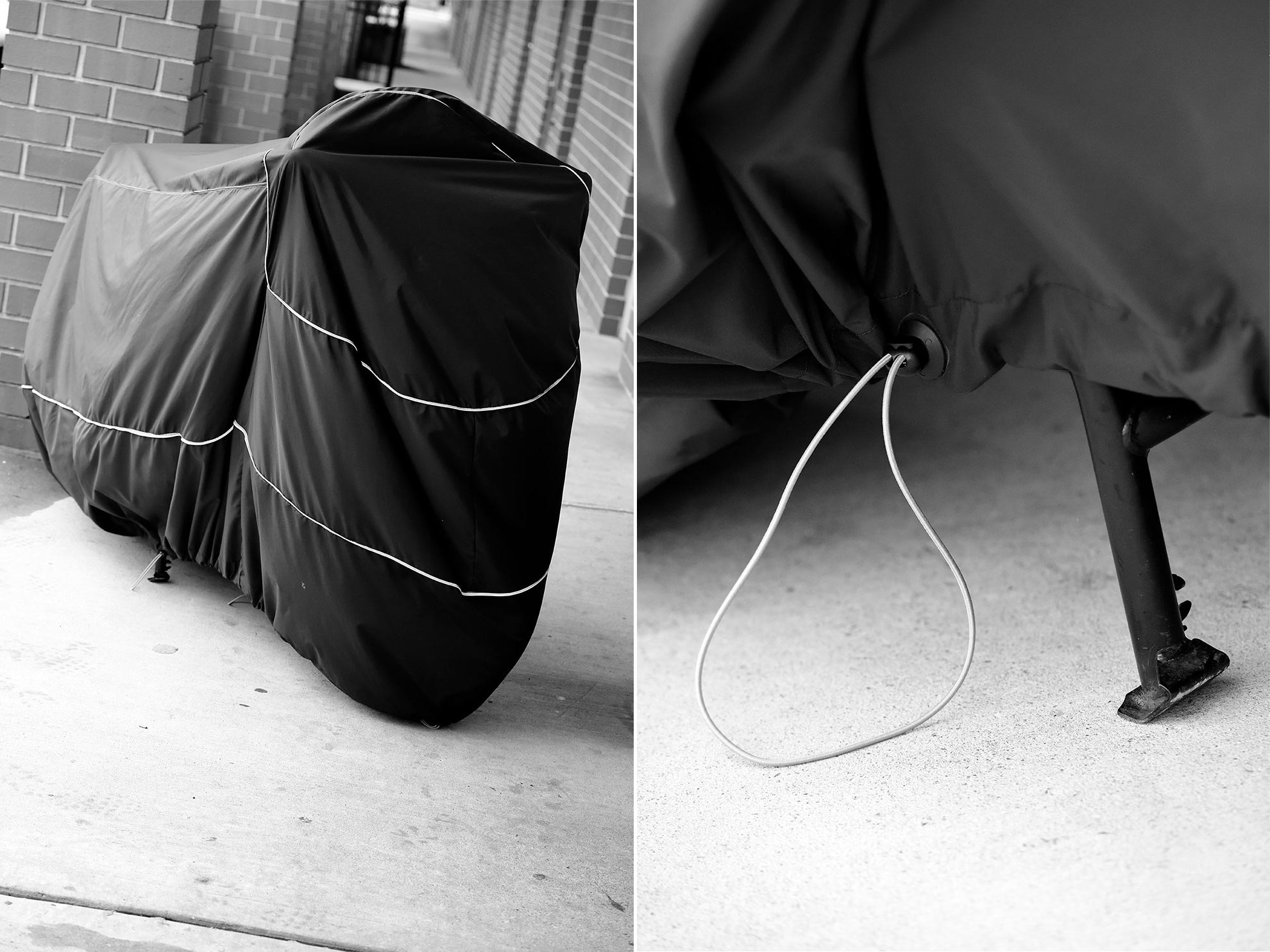 I went searching on the internet for motorcycle covers with attached bags, and after days of searching, I couldn’t find anything. It seemed so obvious to me and I wondered, ‘How does this not exist?’

Patent research on the backpack idea as well as a unique cinching technique for the cover, so wind would not blow it off, came up empty … and the game was on.

LeGuillow, 50, and Komishock, 49, are a story unto themselves: High school sweethearts more than 30 years ago, with a shared love of motorcycles and rides along the Hudson River in Edgewater, NJ, the pair reunited in 2016.

While there are literally dozens upon dozens of options for motorcycle covers on the market today, eck hopes to up the ante with their new patented design. Constructed from nylon and stitched together with waterproof and mildew resistant thread, the cover is waterproof and UV resistant, and features thick elastic straps to carry the backpack it self-stores in, as well as reflective accents and a four-point toggle lock and cord system to cinch the front, rear and sides. The backpack, which also provides a pocket for storing small belongings like wallets, phones, or keys, is sewn into the inside rear section of the cover.

The final design is a culmination of years of beta products that were tested daily in several US cities through all types of weather. Komishock, the product’s harshest critic, put all variations through the ringer himself. 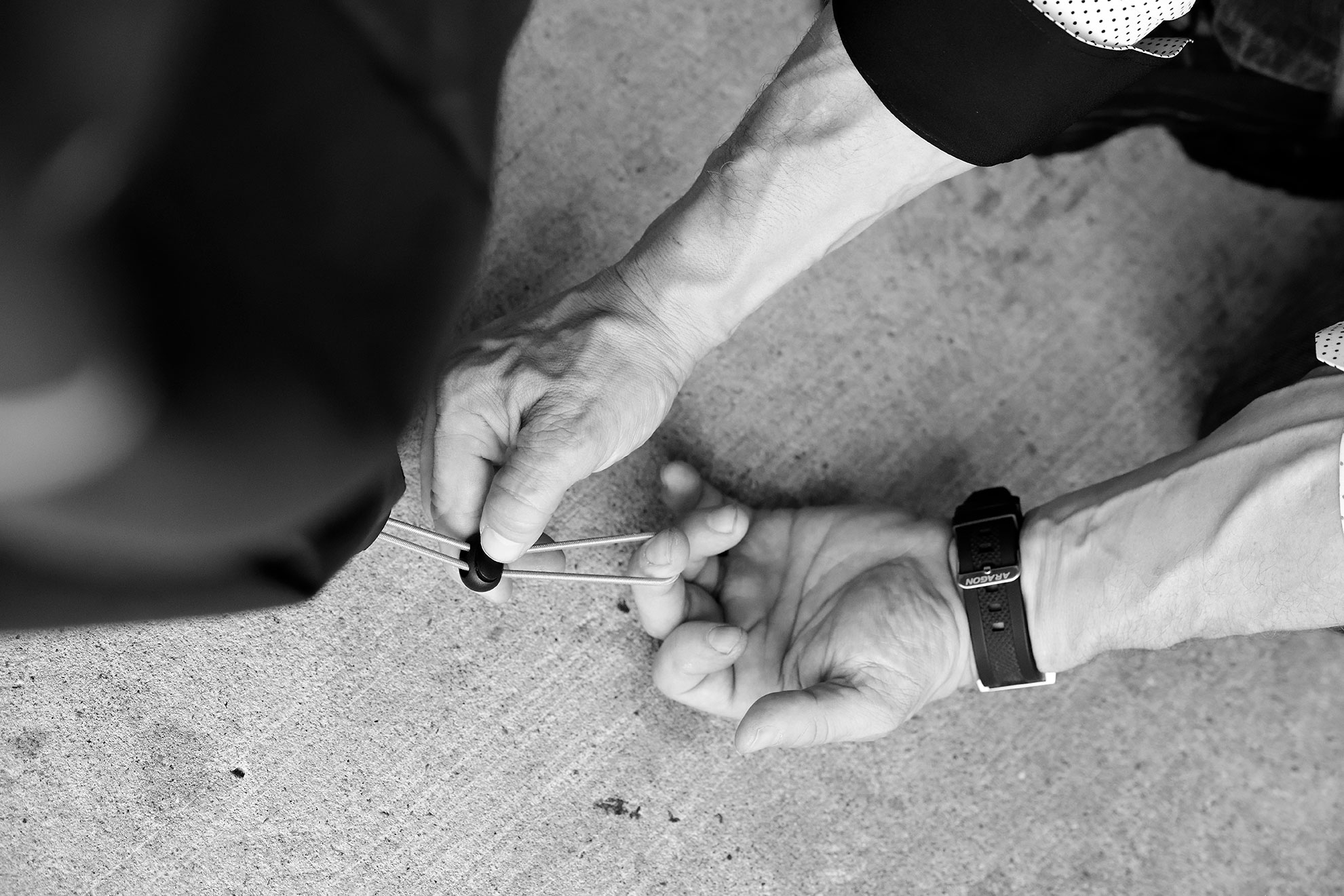 It withstood the winds of South Dakota and Iowa, which are rated 3 and 5 on the top five windiest states in America.

“Testing the cover was probably one of the easiest parts of the process,” LeGuillow said. “The very first prototype was used nearly seven days a week around the clock in the streets of New York and withstood the winds of Midtown on the Westside Highway. The cover was exposed to weather from all four seasons including sun, rain, dirt, and wind, with extended exposure time in all four conditions. Checkpoints were approximately at four-hour intervals. The backpack was used for additional storage and when transformed, it was used to cover a motorcycle in 13 different states throughout the country.”

Both the cover and backpack were also exposed to the harshest elements on the couple’s most recent 4000-mile round trip to Devil’s Tower in Wyoming.

“It withstood the winds of South Dakota and Iowa, which are rated 3 and 5 on the top five windiest states in America.” (September 15, 2020, by AWS wind resource estimates and NREL National Renewable Energy Lab)

Putting on the cover is simple, with Komishock recommending the user tighten the toggles under the front and rear tires before moving to the final two side toggles to tie it down.

Base price is anticipated to be around $120, with a premier version, including added heat panels around the exhaust pipe areas, expected to be about $160. Current offerings on the market can range anywhere from a paltry $25 up to $200 for an industry branded higher quality cover.

The navy prototype will also see an embroidered eck logo on the front when its final version hits the market in Spring 2021. And then there’s the bespoke options available, as the cover will be manufactured in-house in the US using American materials. Color variations can be requested as well as personalized embroidered logos, lettering, etc. 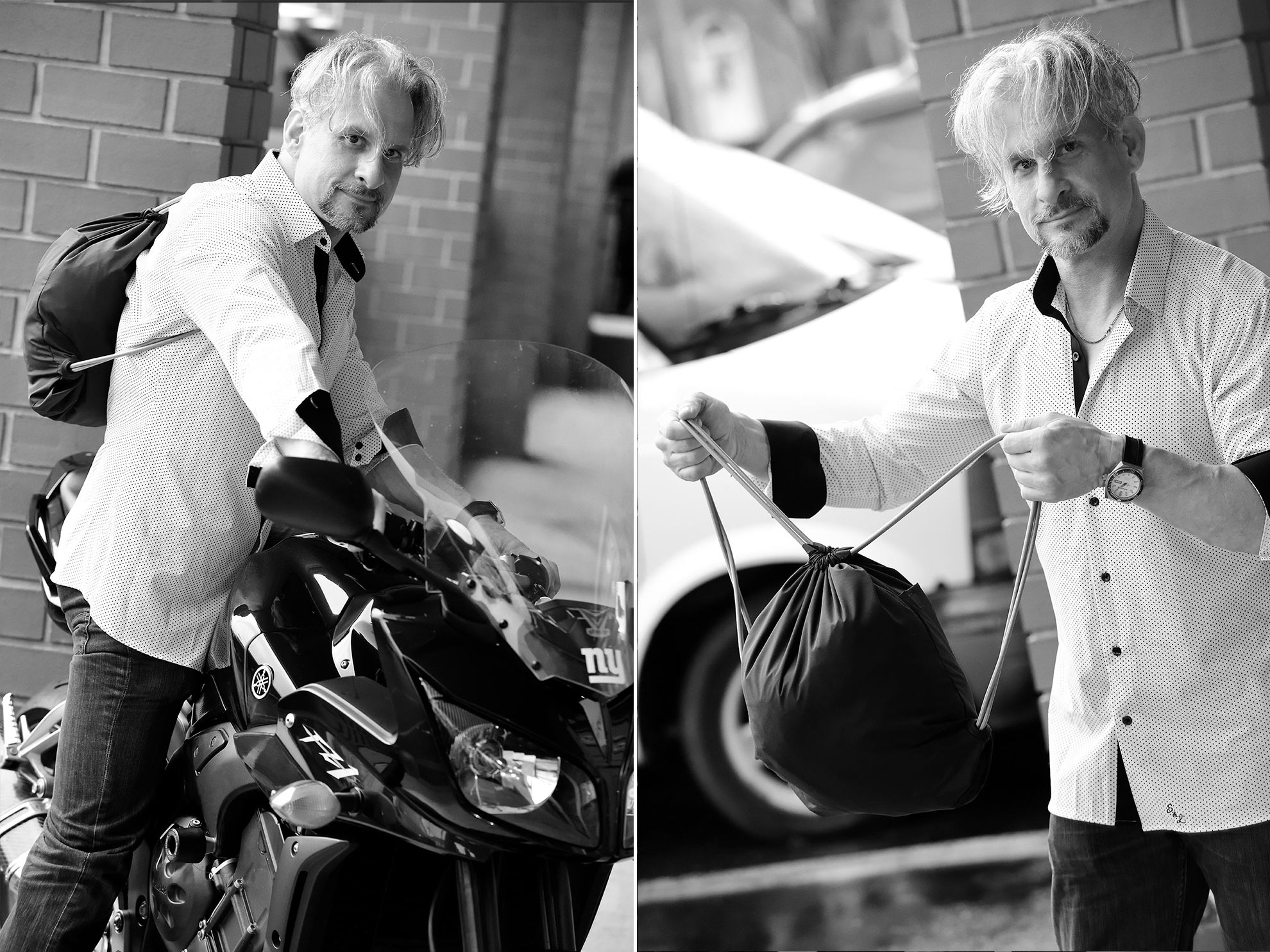 We are currently working on establishing purchase locations in multiple shops in the tri-state area, trade shows, bike nights, and motorcycle clubs,” she said. “In addition, we have representatives in Florida and California for purchasing opportunities.

Within the next few weeks, LeGuillow says the company will ramp up their production stage. They are also reaching out to local stores and distributors. The company currently has five sewists, including LeGuillow, and has plans to move into a larger facility next summer.

When the eck cover is released it will be available for purchase through local shops and online through the company’s social media: Instagram: @ecknycmotorsports.

“We are currently working on establishing purchase locations in multiple shops in the tri-state area, trade shows, bike nights, and motorcycle clubs,” she said. “In addition, we have representatives in Florida and California for purchasing opportunities.”

One final and gracious element of the project is the company’s wish to donate a portion of their proceeds (10%) to three very personal causes: Type 1 Diabetes, Breast Cancer, and Parkinson’s Disease.

“There are three people in our lives who are afflicted with these illnesses, that touch us and help mold who we are,” LeGuillow said. “My daughter, Hana, Chris’s grandmother, Mary, and Chris’ grandfather, Frank. My daughter was 10 years old when she was diagnosed with T1D and becoming a part of the T1D community has forever changed my life. Chris lost his grandmother to breast cancer, and his grandfather to Parkinson’s Disease. As a child of divorced parents, Chris’ mother’s parents were a tremendous part of his early childhood and influenced the man he is today.”

East Coast Koverz’ give-back program will be year-round, with each of the three causes receiving four months of donation sales. In addition to the four months, each cause will have one ‘GO-RIDE EVENT’ and a special edition cover during their recognized month, and they will receive half of all proceeds from both, LeGuillow said.

For more information on the eck cover contact LeGuillow at ecknyc.cl@gmail.com. (update April 2021) The company now has a website at ecknyc.com. 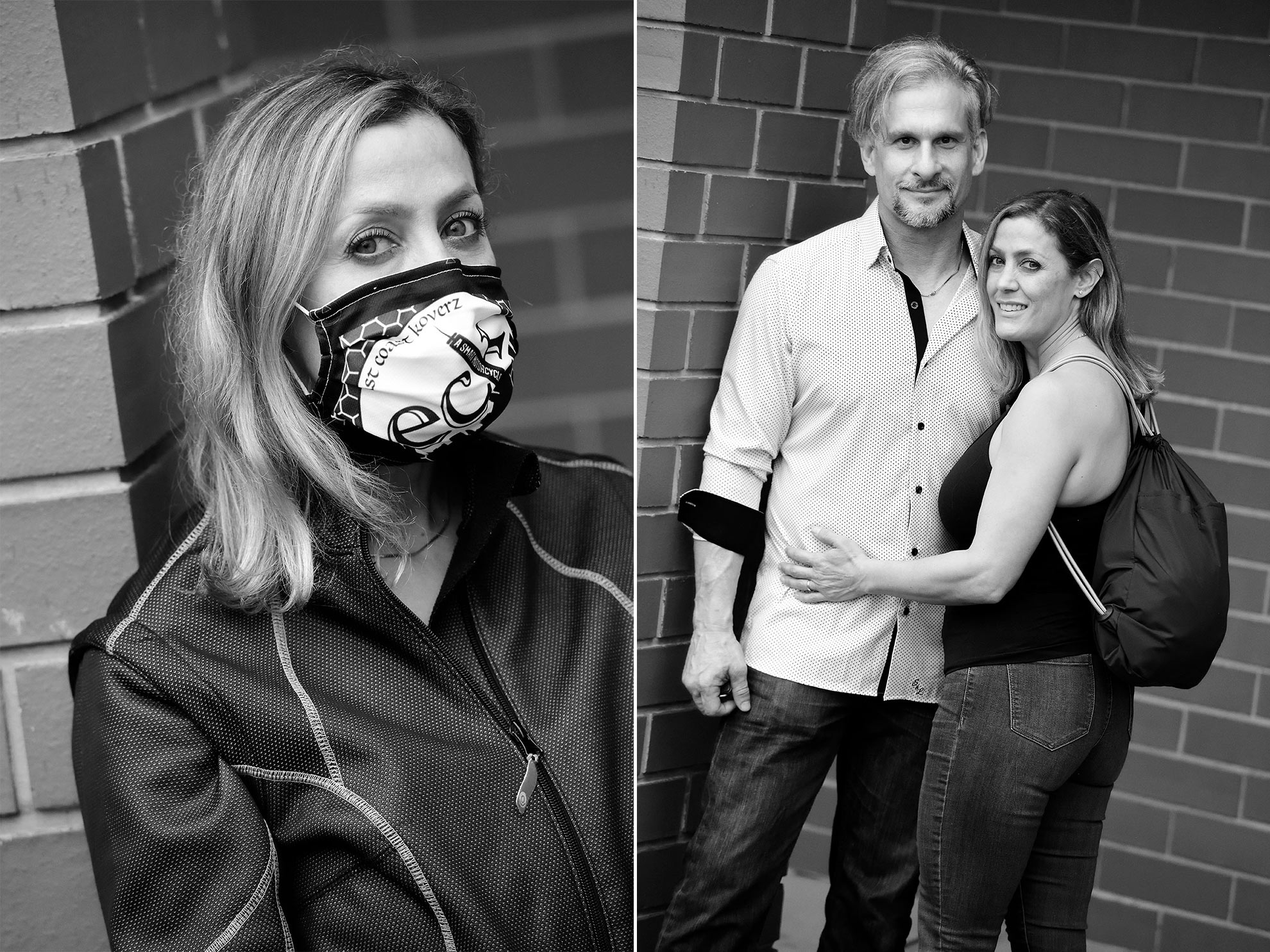 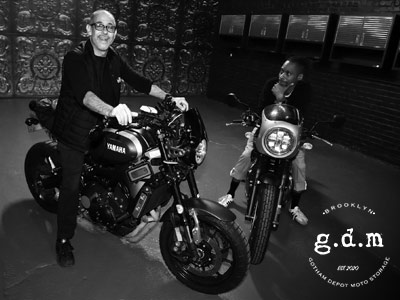 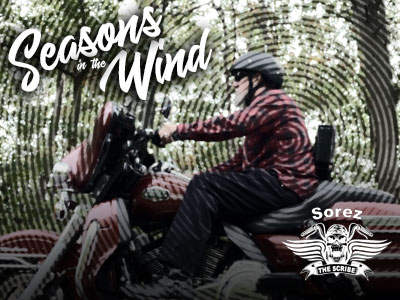 East Coast Koverz, LLC (eckNYCmotorsports) is thrilled to announce the launch of a smart motorcycle cover. This motorcycle cover is unparalleled and will be available to order for the 2021 Spring riding season.

This is not your average motorcycle cover; this is a cover reimagined. An industry first, the eck cover is great for daily commutes, outdoor parking, and limited bike storage. The cover has two exclusive patent-pending features that set it apart from all others. The first feature is a backpack attached to the inside of the cover. The cover conveniently self-stores when pulled into the backpack and also provides a pocket for storing small belongings like wallets, phones, or keys. The second feature, the highlight, is the four toggle locks and cord adjustable system around the bottom of the motorcycle cover. This system creates the perfect fit around the bottom of every motorcycle and secures the cover to the bike without the need for additional tie-downs.

eck's goal is to create streamlined superior products that enhance the motorcycle lifestyle. East Coast Koverz is the first company to produce a motorcycle cover of this caliber.