We’ve partnered with Kirsten Midura from Engines for Change to talk with a few of these local moto icons about what they’re doing for the city, how they’ve been personally affected by the pandemic, and, literally, what keeps them going day to day.

While NYC is replete with heroes in the medical field, tackling the battle against COVID-19 head on, the local moto community has also stepped up with some creative and resourceful ways to help out: production and transportation of medical supplies – masks, hand sanitizer; rides for medical support staff; and even photojournalistic documentation of the city’s efforts.

We’ve partnered with Kirsten Midura from Engines for Change to talk with a few of these local moto icons about what they’re doing for the city, how they’ve been personally affected by the pandemic, and, literally, what keeps them going day to day. 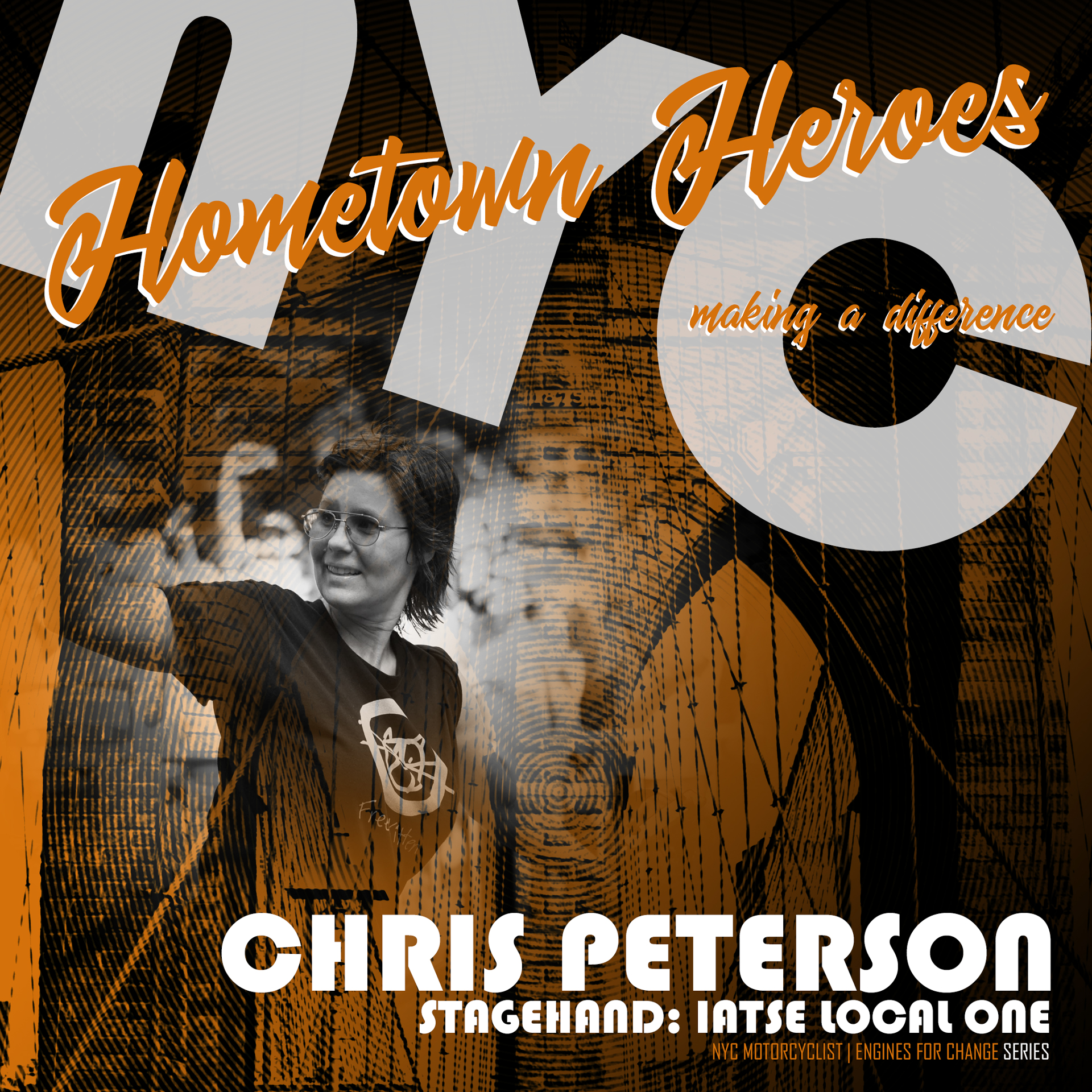 I’m not particularly special or a hero in this story. I’m just someone who decided to get out of the house and run food and some PPE around the city for my own sanity. The people who are running these organizations are the heroes. I’m just a helper. And, a Johnny Appleseed of information.

Having felt the financial sting of previous downturns in the economy in her younger years, Chris Peterson can fully empathize with the hard times people are going through during the COVID-19 crisis. But in true NYC fashion, the NBC 30 Rock stagehand and 20-year veteran of the city has stepped up to help deliver food to those most in need, and to disseminate information about food resources and distribution to those communities that have been hit the hardest. | Read the Feature 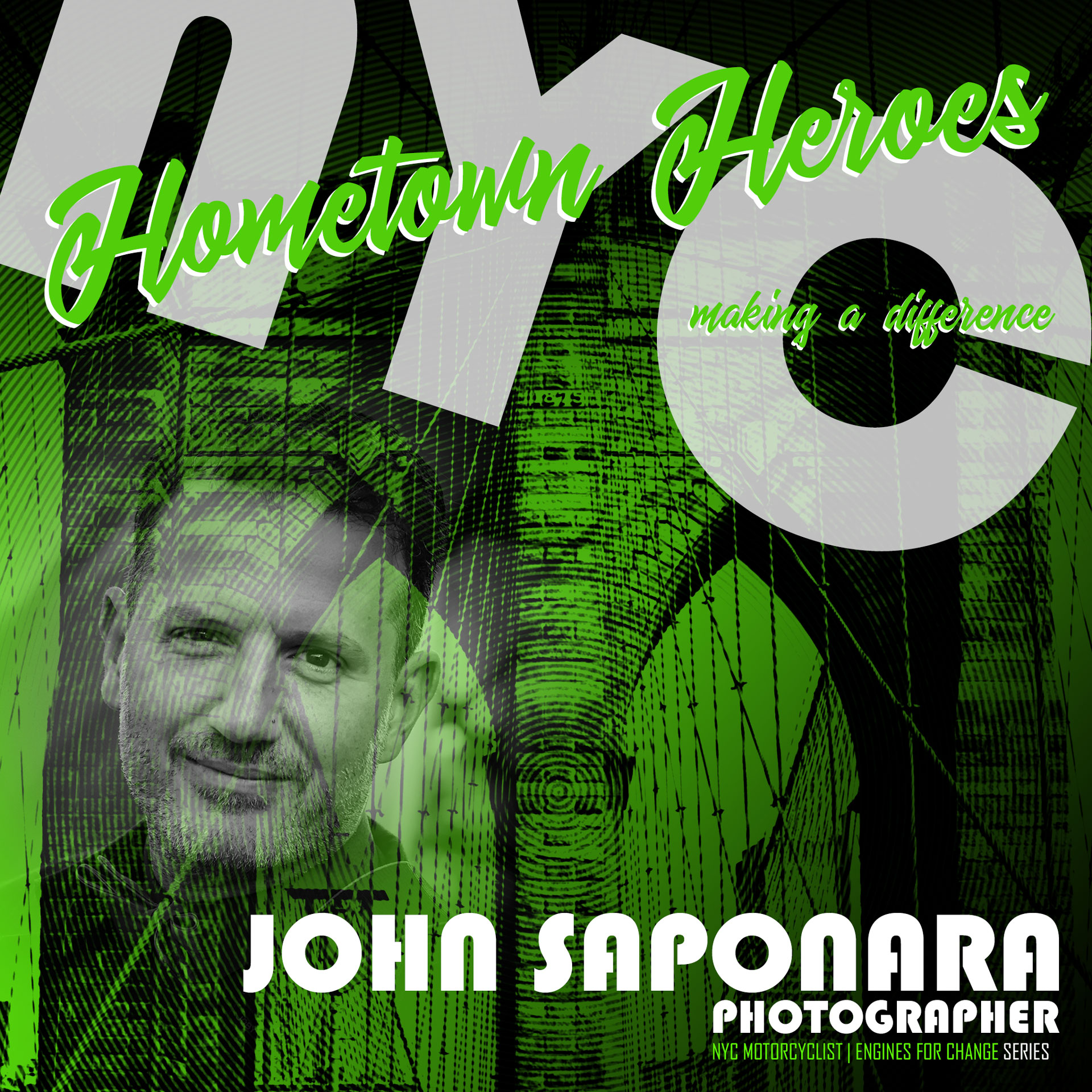 I started photographing everyone not only for myself – as a photographer and somebody who loves to see these things and think about them – but also for posterity, for history's sake. It's a moment in time that should be captured, and this is one of the few places in this city that's actually doing something like this.

Motorcyclist John Saponara has been outdoing himself in the midst of this pandemic. While COVID-19 is taking its toll on New York City, the Brooklyn-based photographer has been working to fabricate face shields, deliver supplies and document the pandemic through his own lens. | Read the Feature 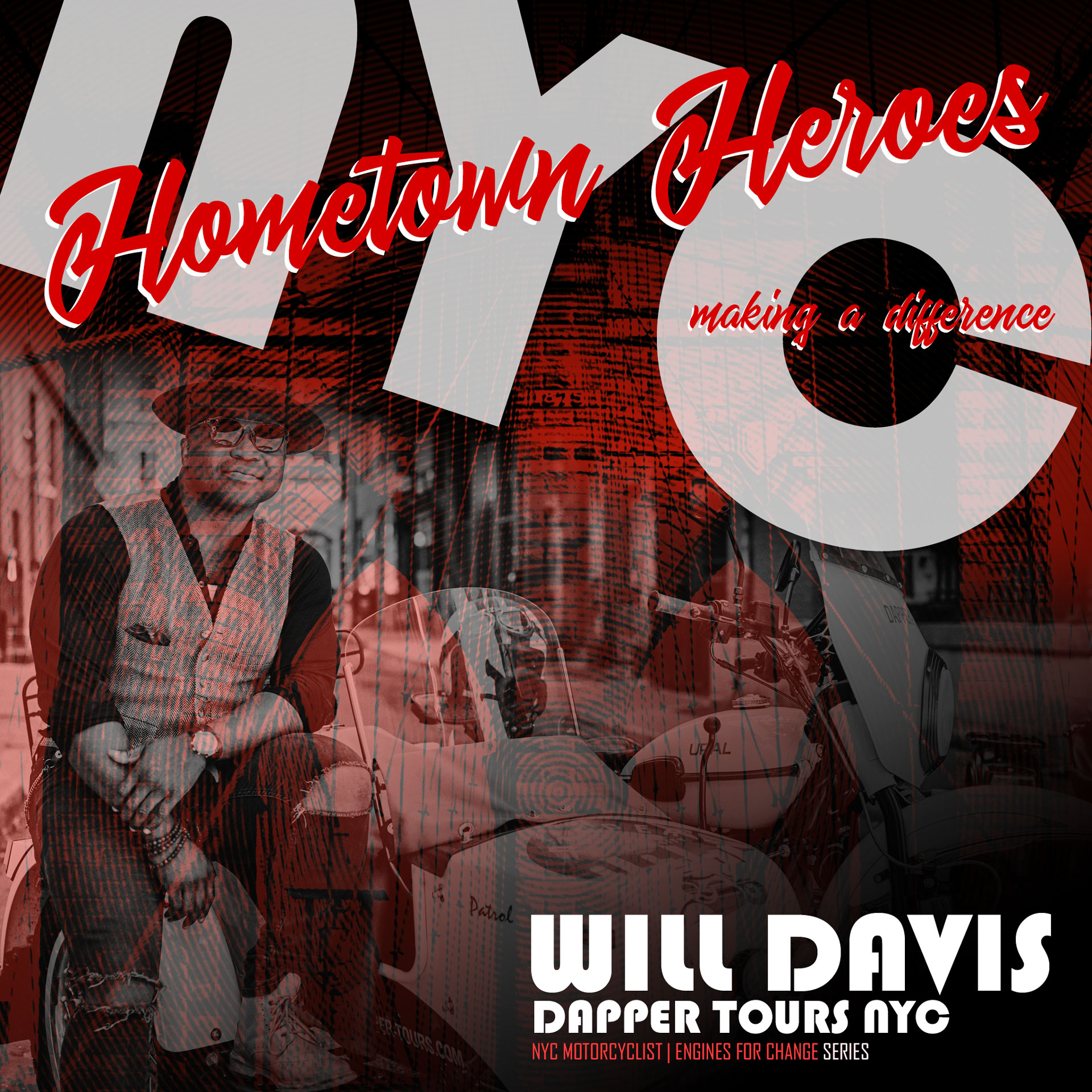 Over a couple of weeks, I developed a safety protocol that was vetted by health care professionals, and an operational and logistical plan to provide safe and sanitary transportation to and from work for these heroes. If anyone deserved preferential treatment ever, it's them right now.

Dapper Tours NYC's Will Davis, is using his Ural motorcycle-and-sidecar fleet — normally ferrying tourists around the Big Apple — to give free and safe rides for medical personnel in the city. He has also started a gofundme to help fund the efforts. | Read the Feature 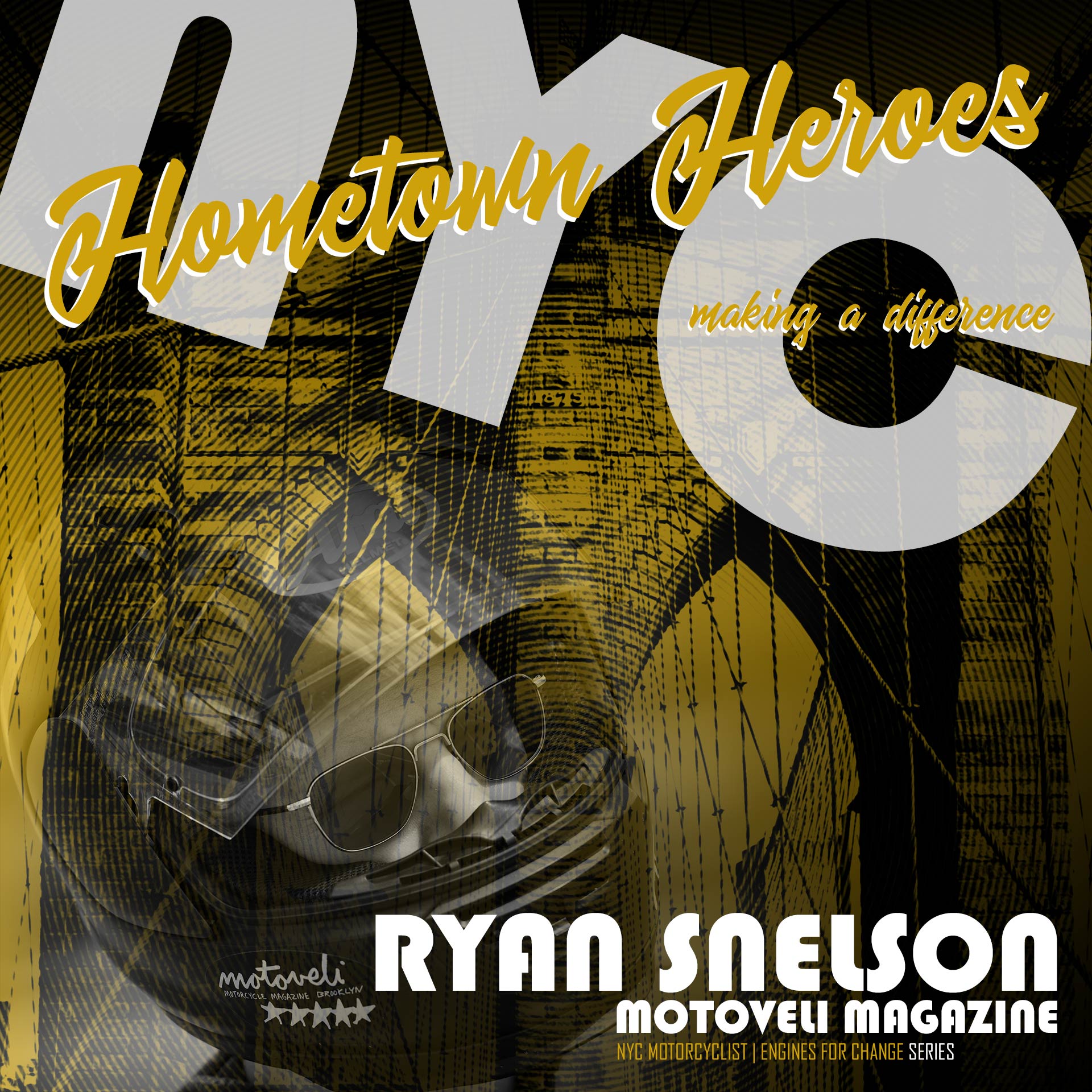 Right now it’s the little moments of hope surrounded by chaos — the rainbow from Monday, neighbors cheering for essential workers at 7 pm, watching our son take his first steps on the big sidewalk.

Motoveli magazine's rider-in-chief Ryan Snelson has partnered with Masks For Docs to arrange pick up and delivery of Personal Protective Equipment (PPE) to hospitals and individuals around NYC using motorcyclists as the couriers. | Read the Feature 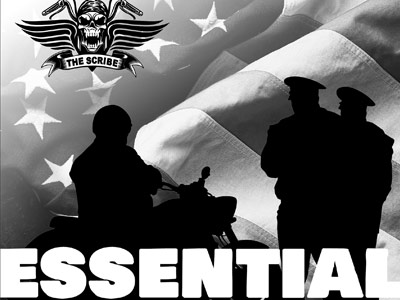 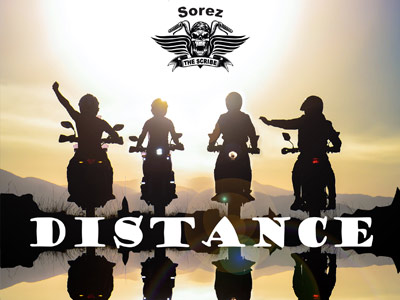 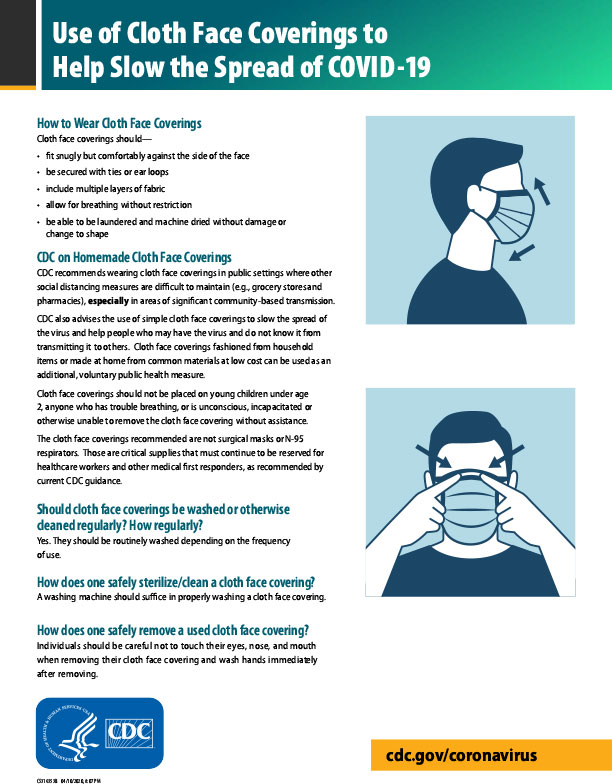 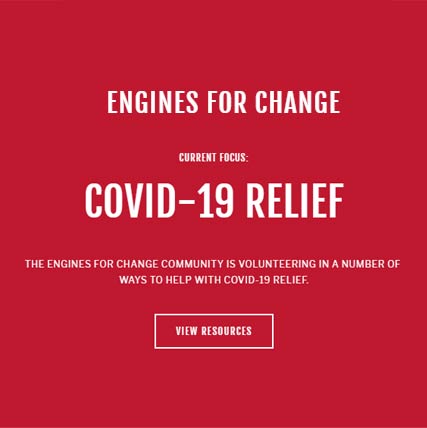