I really like his work and was playing with the idea of supporting him somehow, to be part of his journey for his next adventure. So, we started talking about it.

In our continuing mission to highlight and celebrate local motorcycle icons and the ‘creators’ that document them, we are honored to present johnnypuetz Productions’ latest passion project MYTH, a featurette on one of Union Garage NYC’s founders ... motorcycle tinkerer and world adventurer Matias Corea.

“Whenever possible, we try to capture motorcycle-related content and tell stories,” says Williamsburg-based filmmaker and director Jean-Pierre Kathoefer, aka johnnypuetz. 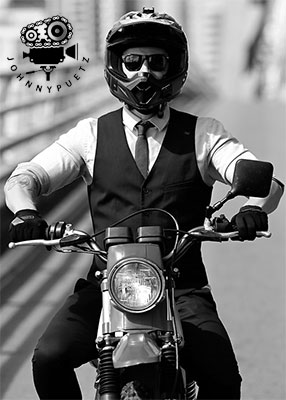 At the beginning of 2020, Kathoefer produced an Instagram Live series Between Two Wheels, where he interviewed interesting characters in the motorcycle industry to stay connected with the community, while shooting local content with limited resources.

“Matias was one of our guests, and gave insight into his trip to Argentina, his book (Two Wheels South) about the journey, and his current project and plans involving another upcoming two-wheel adventure," Kathoefer said. "I really like his work and was playing with the idea of supporting him somehow, to be part of his journey for his next adventure. So, we started talking about it.”

The MYTH-ology of Matias Corea film short was captured locally around the corner from Kathoefer in Brooklyn and features footage shot with a new camera setup.

“This year we invested in two Sony PXW-FX9 XDCAMs, professional cinematic camera packages that are ideal for the work we do. We have several different camera chase vehicles -- including an electric motorcycle and a buggy -- with gimbal setups to capture the perfect moving shots we are known for. One of the goals for the MYTH video was to try out some gear, like cinematic lenses we never used before, and play with a new gimbal setup. We also had some new team members that we were trying out for compatibility, to see how well they fit. It is always good to do something like this with a passion project, and not on a paid job where our priority is to deliver the best quality as possible.”

For Kathoefer, who is also into adventure touring bikes, the featurette definitely piqued his personal interest.

“My motorcycle background is dual sport riding, and to some extent, I am familiar with the process Matias is going through. His first big trip from Brooklyn to Argentina really showed that the journey was the goal, not just reaching a destination … to leave everything behind and just go.”

“We are huge fans of his work and his engineering design style," Kathoefer said. "(Matias) is an amazing creator … everything is so well thought through, with so much detail."

“We were in contact with Triumph USA for a while, and finally the opportunity came up to work together,” Kathoefer said. "We were filming Wesley Schultz for a couple of days in the Catskills with his custom Triumph Scrambler build. He was such a humble person and so easy to work with. At the end it was an intense but also amazing two days of shooting."

The trip included collaborations with local Ryan Handt, who photographed the shoot, Dale Spangler, who wrote the article, and META producer Ben Giese, who held all the strings together.

“Seeing, now, everything come together to be published/released with META in December was very exciting. Triumph Motorcycles America trusted us from the beginning, and gave us full freedom and responsibility for the film’s creative process, which is not usually common with a project like this.”

We needed to figure out access for camera crews, locations to shoot, and work out some logistics, like routes and communication setups to keep everything organized and also safe in the middle of nowhere.

The pair’s strategic partnership was formed in early 2020.

"The trip with Demian was location scouting for a bigger shoot this year. We needed to figure out access for camera crews, locations to shoot, and work out some logistics, like routes and communication setups to keep everything organized and also safe in the middle of nowhere. For our location scouting trip, we brought some portable gear that we were able to transport on our rented off-road bikes. We worked on the footage in post and have references for this year to avoid mistakes and generally be better prepared."

Kathoefer said he looks forward to more collaborations in the future, with both larger corporate clients and local creators.

"The quality is impressive, what we can produce with these combinations. But we also shoot projects with smaller Sony DLSRs for low budget projects or if the project requires smaller and more nimble setups," he said, added the company has come a long way in two years.

You can find more information on johnnypuetz Productions online at johnnypuetz.com ... and follow their social media accounts for the latest news:
Email: info@johnnypuetz.com | Phone: 347.443.6014 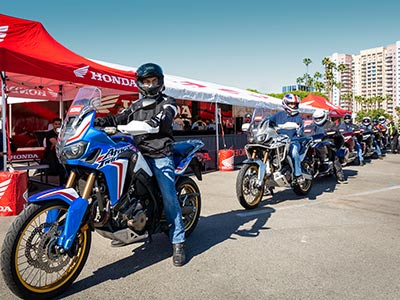 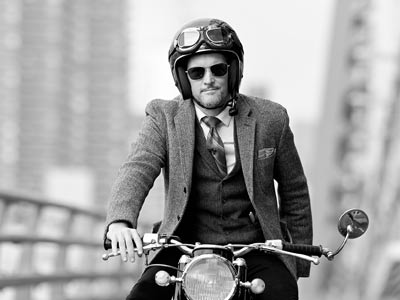