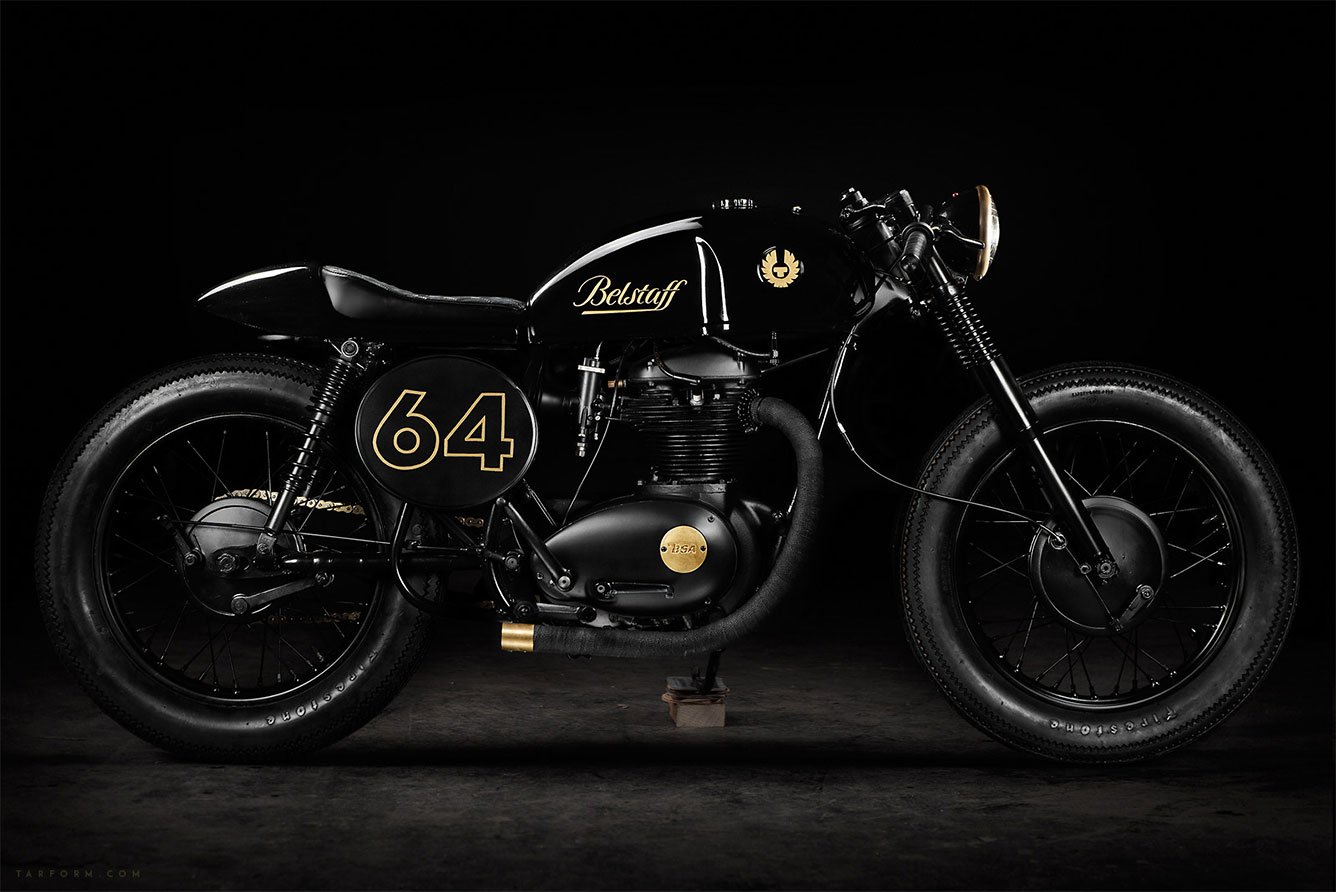 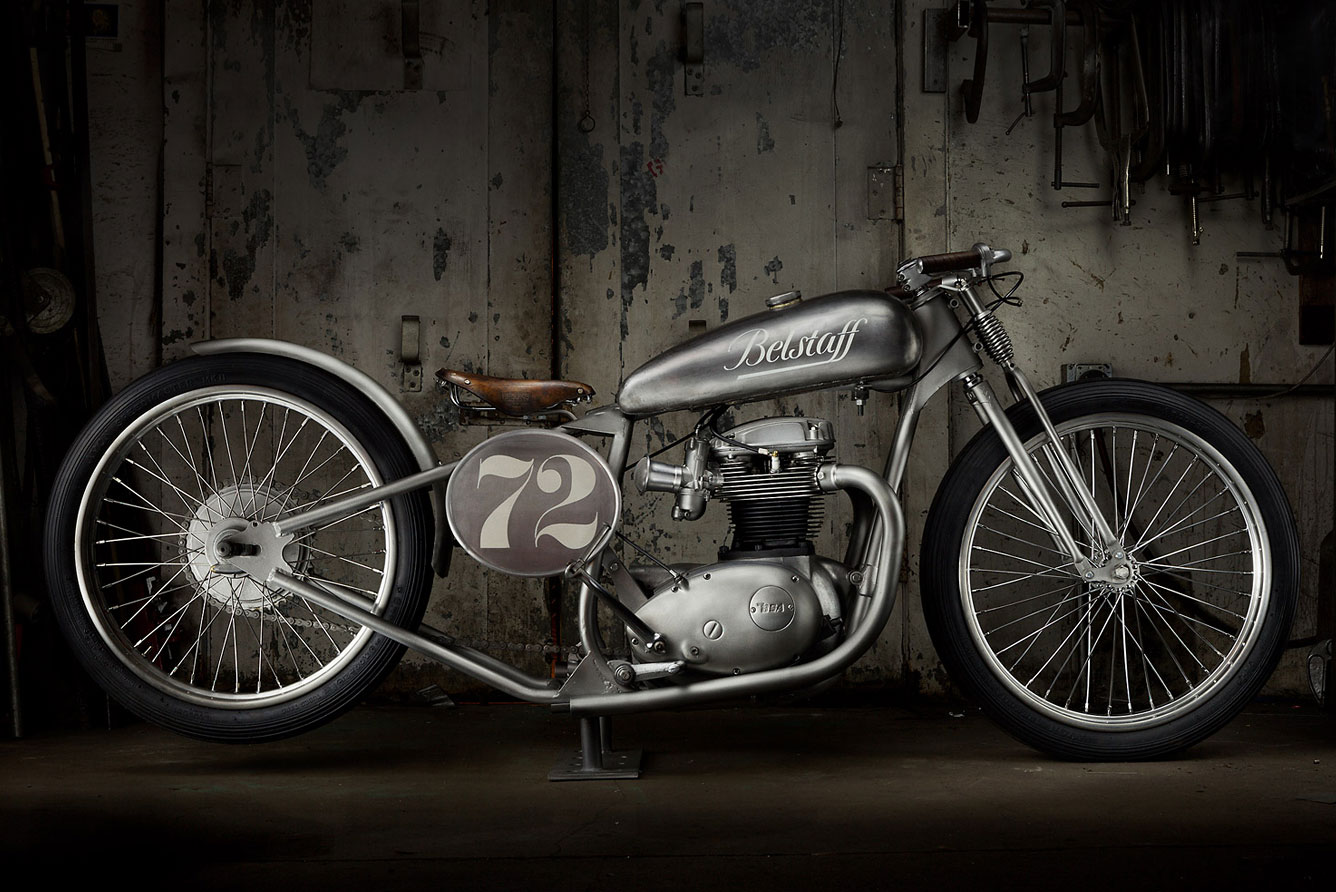 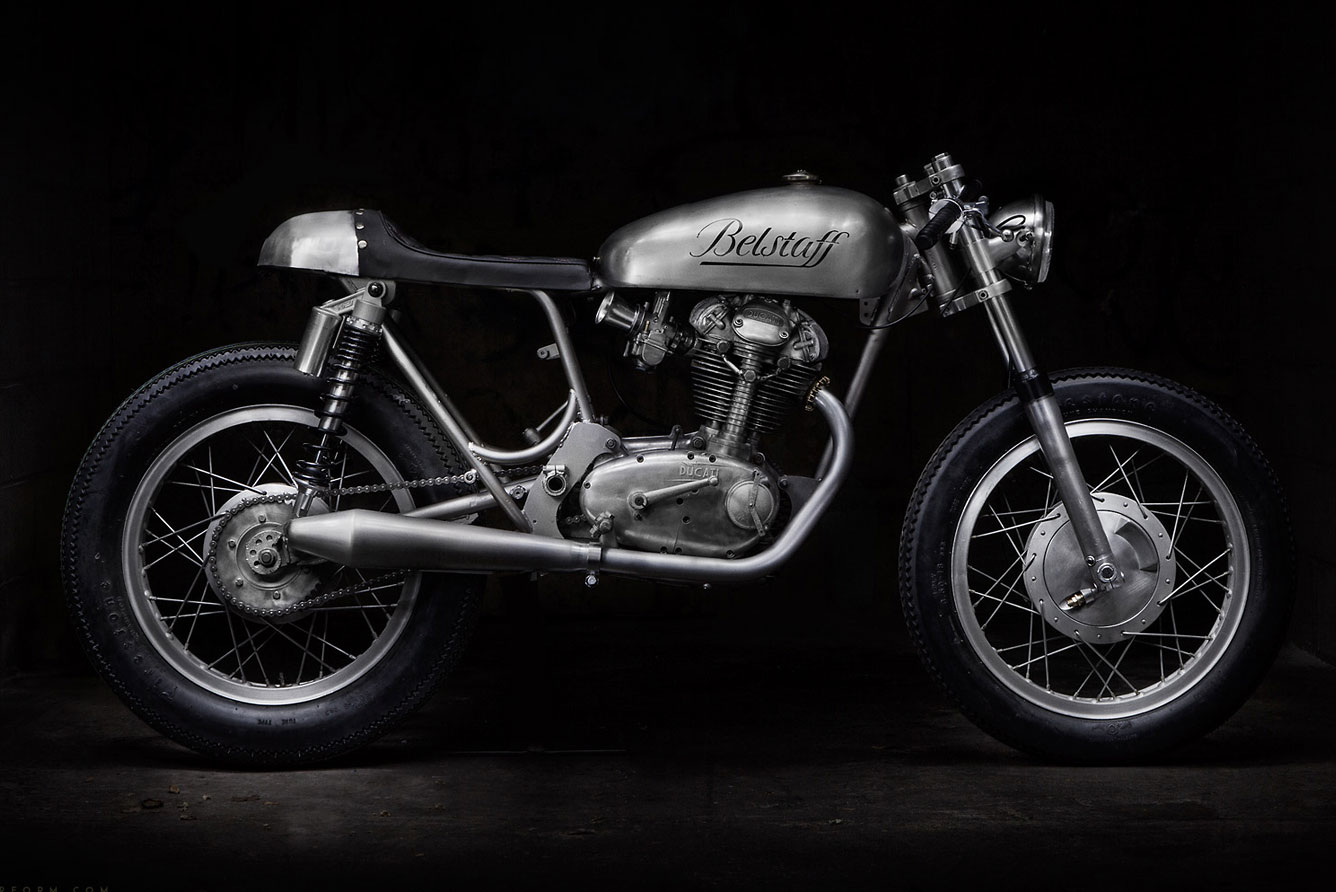 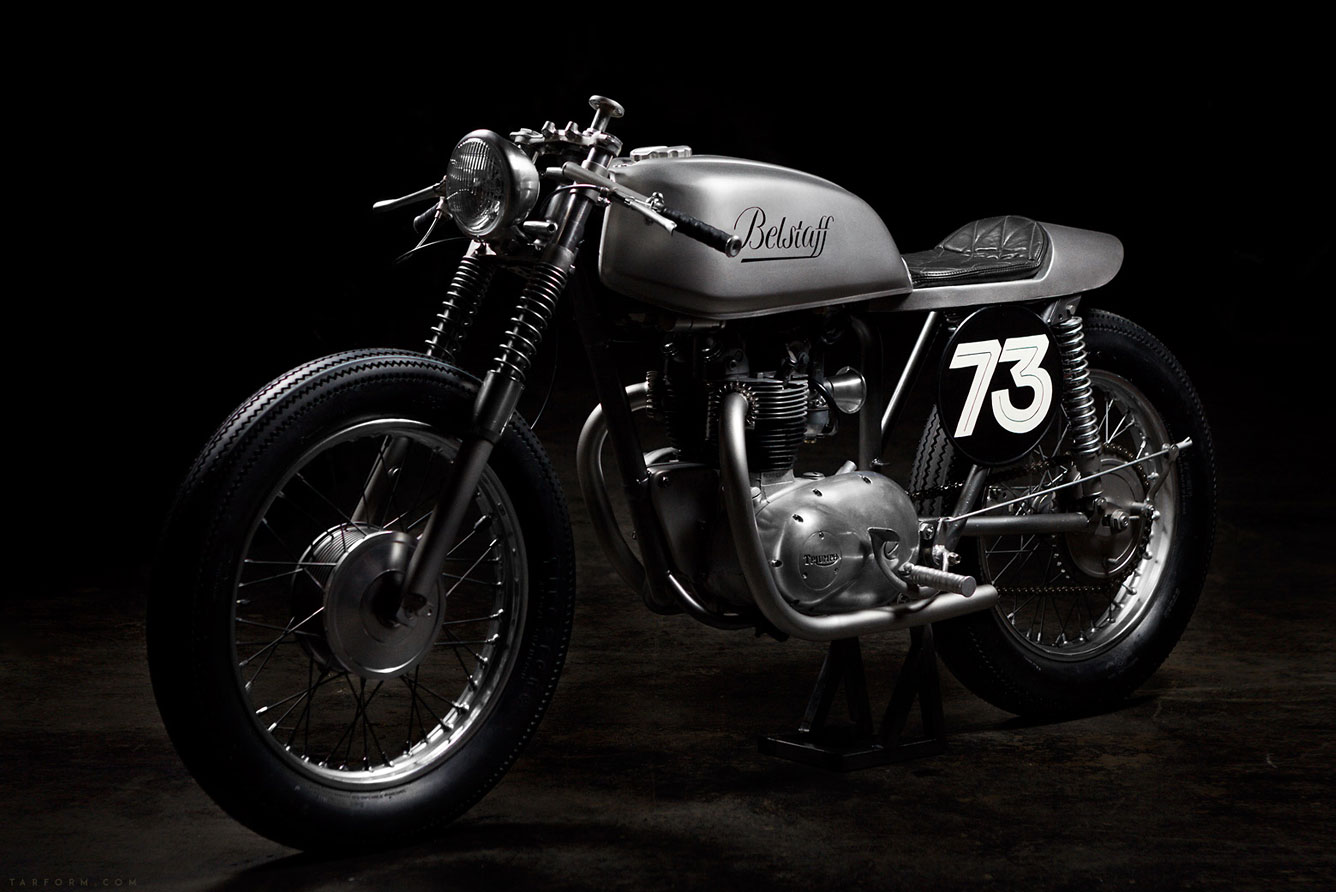 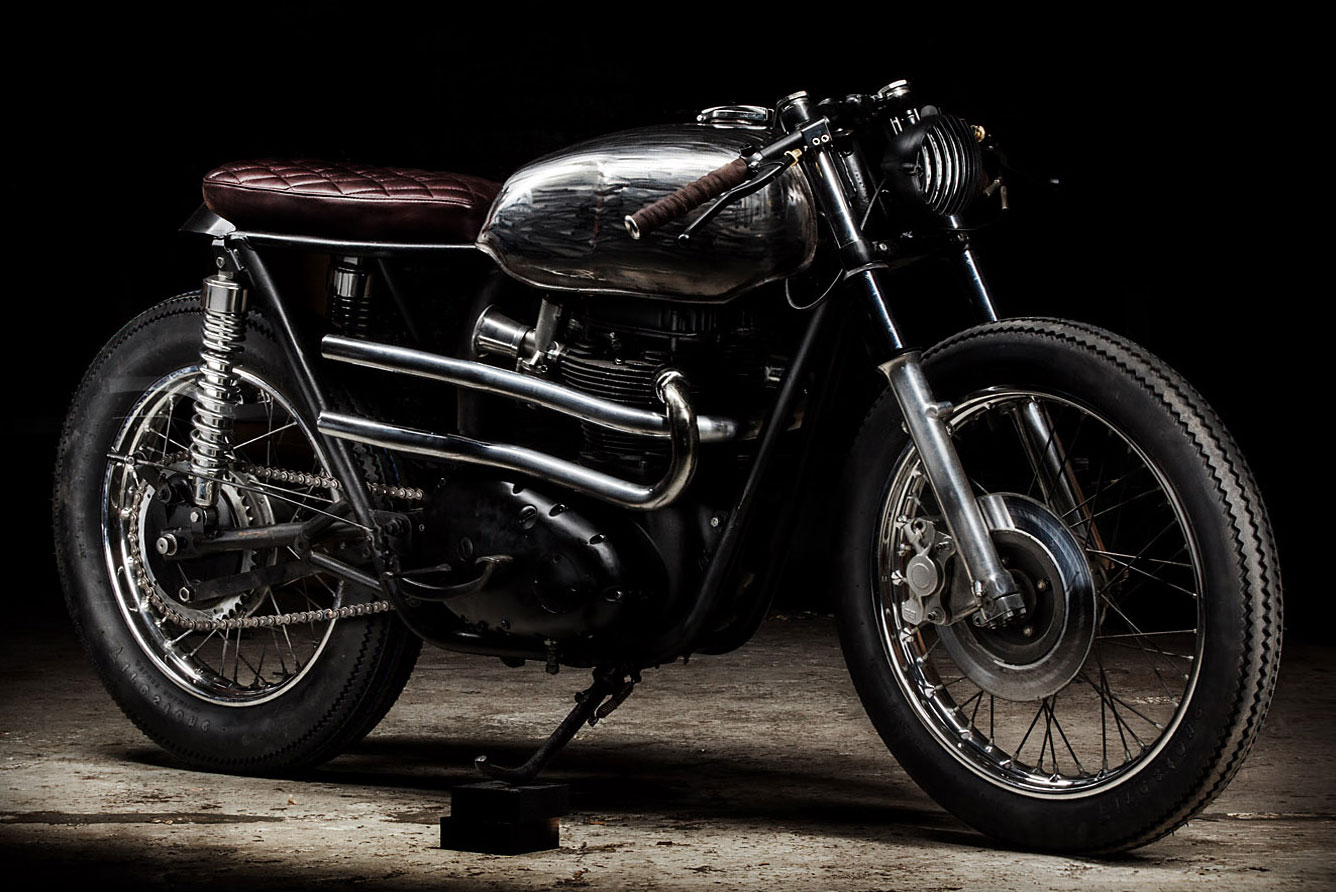 On a custom bike, what makes a café racer a café racer … why do some bikes just look right while others have elements that seem a little off kilter?

For product designer Taras Kravtchouk the answer lies in the lines, proportions and angles of a bike, knowledge the CraftsmanAve founder imparted during his Motorcycle Design Theory class at the Gowanus, Brooklyn-based makers studio this week.

"You see a lot of bikes out there that people have spent months working on, and you look at them and something seems odd," he says, adding he appreciates the effort but not necessarily the aesthetic. "You have to have a vision in mind. A lot of people just start by chopping the bike up without having an idea of what the final composition will be."

Kravtchouk got into the world of motorcycle design because he wanted to learn a new hands-on skill and has since put that talent into designing and building custom motorcycles for Belstaff, bikes that are displayed at the classic outerwear company’s stores in New York City, Munich, Germany, Milano, Italy and Los Angeles, California.

Conventional wisdom says to become a custom bike builder you need to be an amazing craftsman, a world-class welder, a master mechanic and so on. I disagree.

CraftsmanAve offers a variety of classes that appeal to the moto DIY set, from metal fabrication and welding introductions to a five-day motorcycle build last year which took students through the key steps of a bike customization.

This coming October the community studio space – which offers daily and monthly membership options and a full shop of hand and machine tools – will change things around a bit to focus its moto-related classes on general motorcycle maintenance … changing your oil and oil filter, suspension and engine tuning, and safety checks, Kravtchouk says, adding he is currently looking for a donor bike in the 125-cc range. Also in the works for the end of the year is a motor class, where students will take apart a small displacement engine to learn about its inner workings -- gaskets, pistons, etc. A scooter engine is the likely contender to be dismantled.

“That process of diving in and figuring things out as you go ... I think that's personally the best way to learn,” he says during the Moto Design Theory class, speaking about custom bike building. “You have to see beyond the standard bike … it’s really up to your imagination.”

That said, as with anything involving design, there are some guidelines to make a bike’s aesthetics pleasing to the eye. 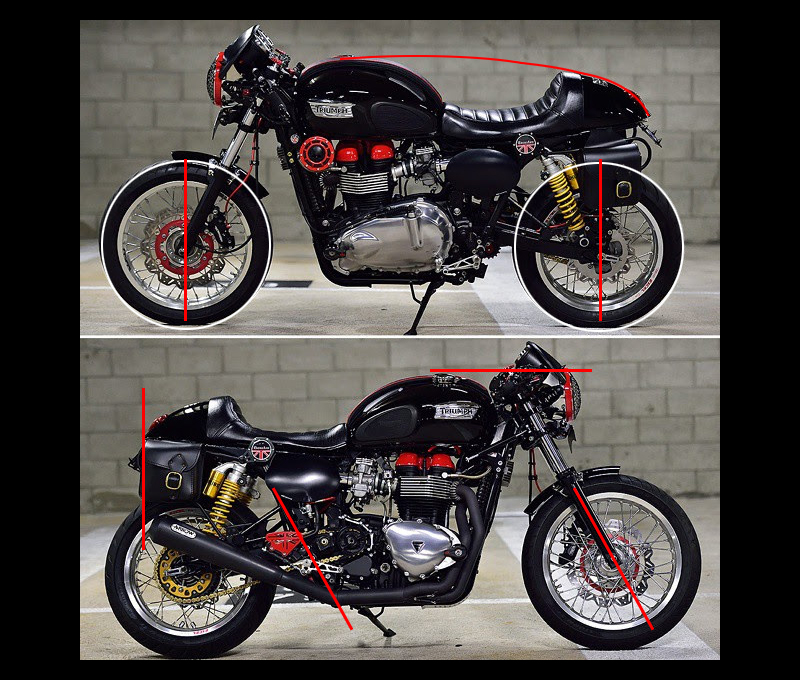 That process of diving in and figuring things out as you go ... I think that's personally the best way to learn ... You have to see beyond the standard bike … it’s really up to your imagination.

For the café racer that means a straight or slightly angled line pointed downwards from the front of the tank through the end of the seat cowl; equal tire/rim sizes on the front and back for a balanced look; a cutoff point for the rear cowl before the end of the rear tire; and even a height limit where the headlight rarely goes above the highest point of the fuel tank.

Kravtchouk, who runs Brooklyn’s award-winning design studio Gravity Hill, makes use of imaging and photo editing software -- Photoshop to be exact -- to test out the look of potential parts on a custom bike transformation, swapping out images kerned from sources like eBay, where you can find almost everything.

The guidelines definitely make me want to look at my personal ride, a Triumph Thruxton, to see if the bike’s sizeable array of modifications measure up to the classic, café racer standard. My large and wider rear rim immediately stands out as a rule breaker … but the lines of the bike do conform quite nicely, even with a custom single seat cowl and my headlight sitting ever so slightly higher than my tank.

Motorcycle design theory is now also having to look to the future, adapting to the likes of electric motor-driven variations where the actual motor size is dwarfed by the battery unit needed to power it, Kravtchouk says, adding he sees companies such as BMW leading the way in producing a new set of aesthetics to ease consumers into that world.

For the first-time customizer, looking at buying an older, carbureted bike, Kravtchouk has a wealth of advice: choose your bike carefully … one that fires up without problems and that has a minimum of rust can save you time and even money in the end … the ‘deal’ is often not a deal; start with the simpler jobs … suspension upgrades, handlebar options, seat cowls, tire and rim changes, fuel tanks. Those that immediately choose to start their projects by cutting pieces out of the bike’s frame (which can compromise rigidity and handling), modifying the rake of the bike's front end, or swapping out elements which require electrical expertise, can often run into a wall quite quickly, he says.

Finding a shop with a complete tool set and sandblasting machines that can make cleaning your vintage parts a breeze is also important.

"Most often if you just want to change the tank or the seat you don't have to modify the frame," Kravtchouk says. "Most of the work in customization is about cleaning parts. If you're working on a vintage bike thats 40 years old, cleaning parts is probably about 50 per cent of your efforts."

Most often if you just want to change the tank or the seat you don't have to modify the frame. Most of the work in customization is about cleaning parts. If you're working on a vintage bike thats 40 years old, cleaning parts is probably about 50 per cent of your efforts.

Even your bike's pedigree makes a difference. Japanese bikes from the sixties, ‘70s and early ‘80s were built on similar platforms giving you many more options to swap out your tank for a more unique look, a fusion of brands if you will.

Kravtchouk’s 1964 BSA Lightning build for Belstaff, for example, ended up using the tank from Italian manufacturer Benelli. You can see more of his work on the Tarform Motorcycles website.

For more information on courses through CraftsmanAve or if you'd like to become a member, visit them online at:

Prices are $50 for a day pass, $200 for a monthly standard pass and $300 for a monthly premium pass. All three include use of of the 1500-sq-ft studio, unlimited access to tools and wifi access. Monthly passes include one hour of shop training to the mix, while the premium option also adds a storage locker and one free three-hour class per month. By joining CraftsmanAve you are supporting the local artist and design community and helping to keep the maker lifestyle alive. 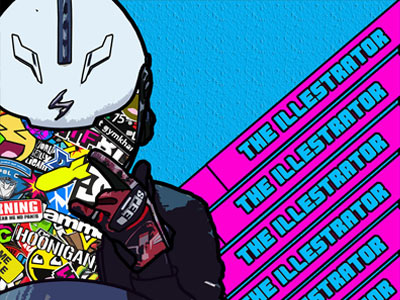 Artists teach classes on chocolate making, jewelry design, leatherworking, and everything under the sun. Each hands-on experience gives you the freedom to explore a new passion, create something of your own, and join our community of makers and creators. Classes run from 2 to 4.5 hours and are taught by experienced makers that live and thrive in Brooklyn. No class has more than eight students, meaning plenty of 1:1 time with the instructor and room to connect with other makers in the studio.